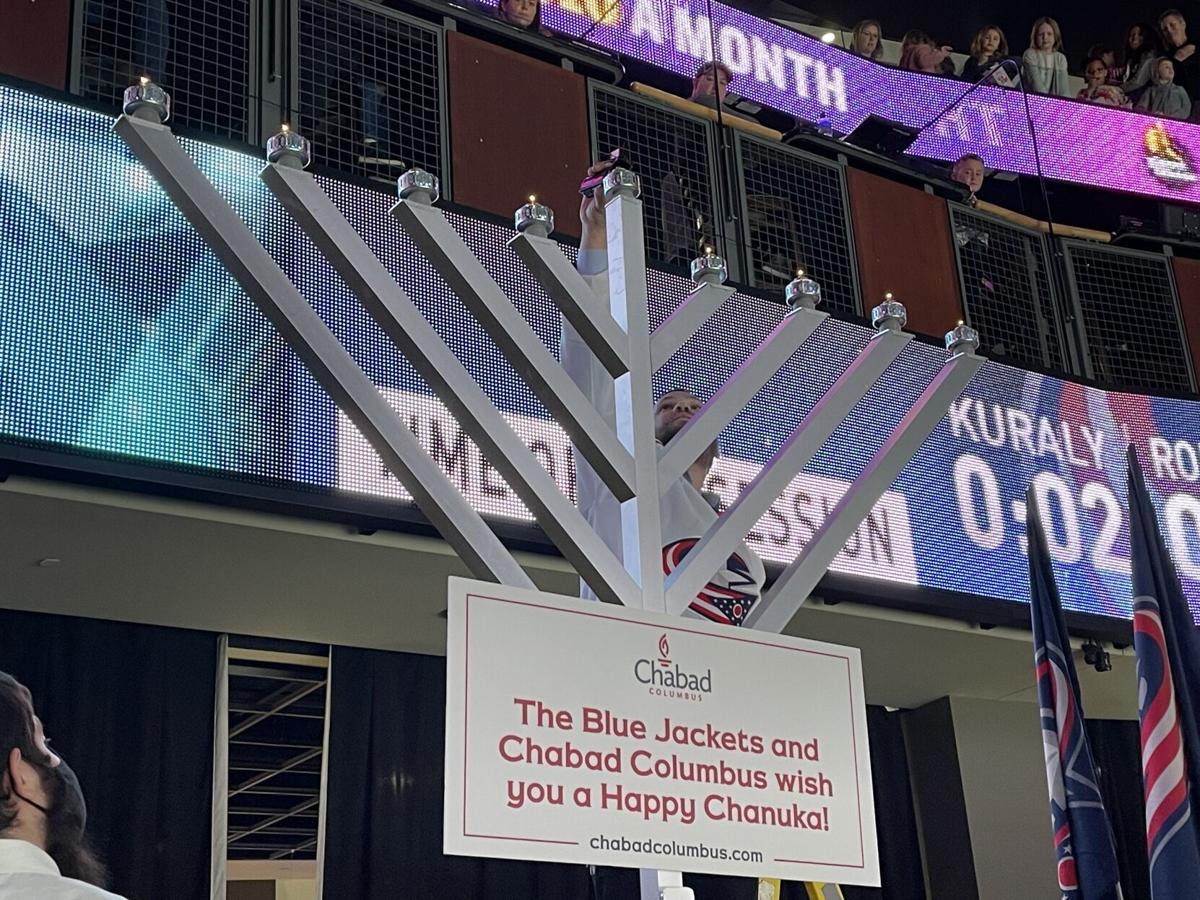 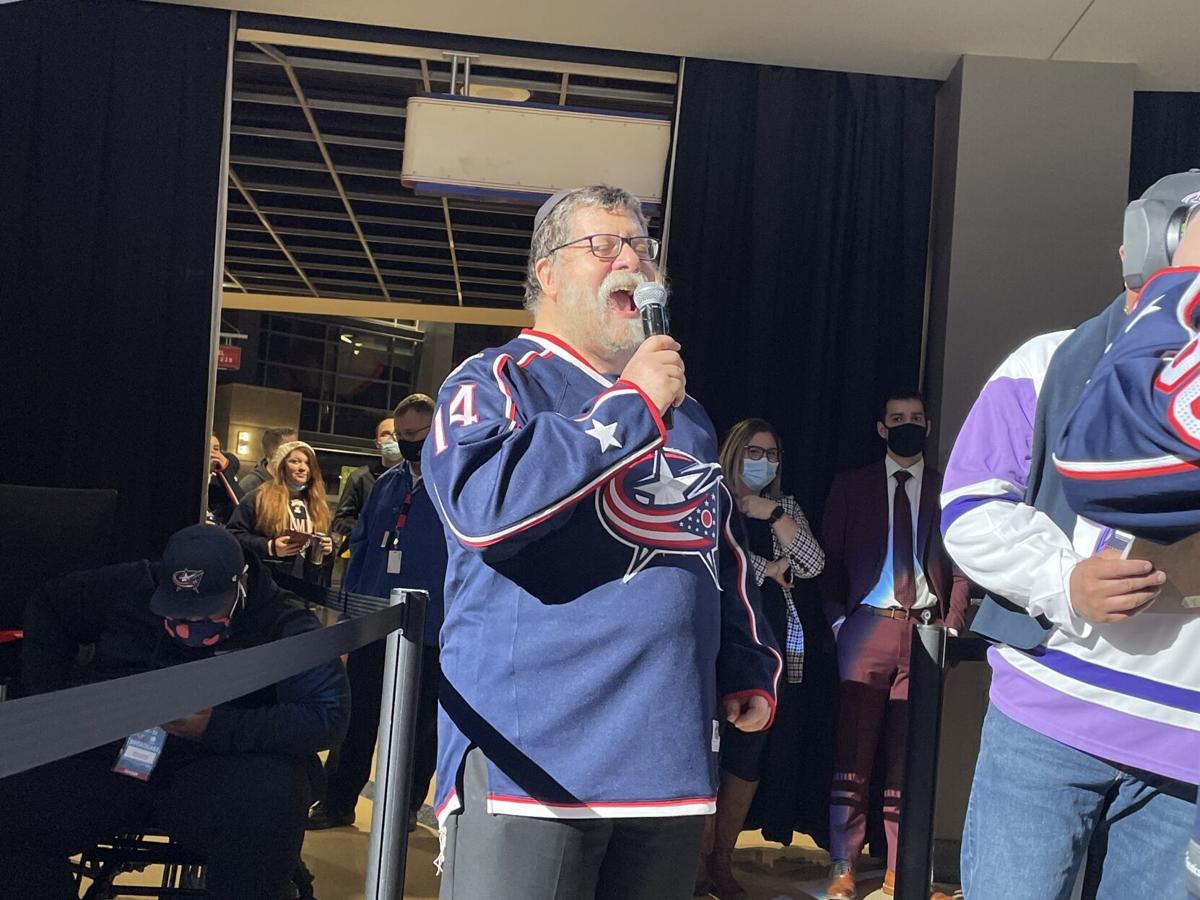 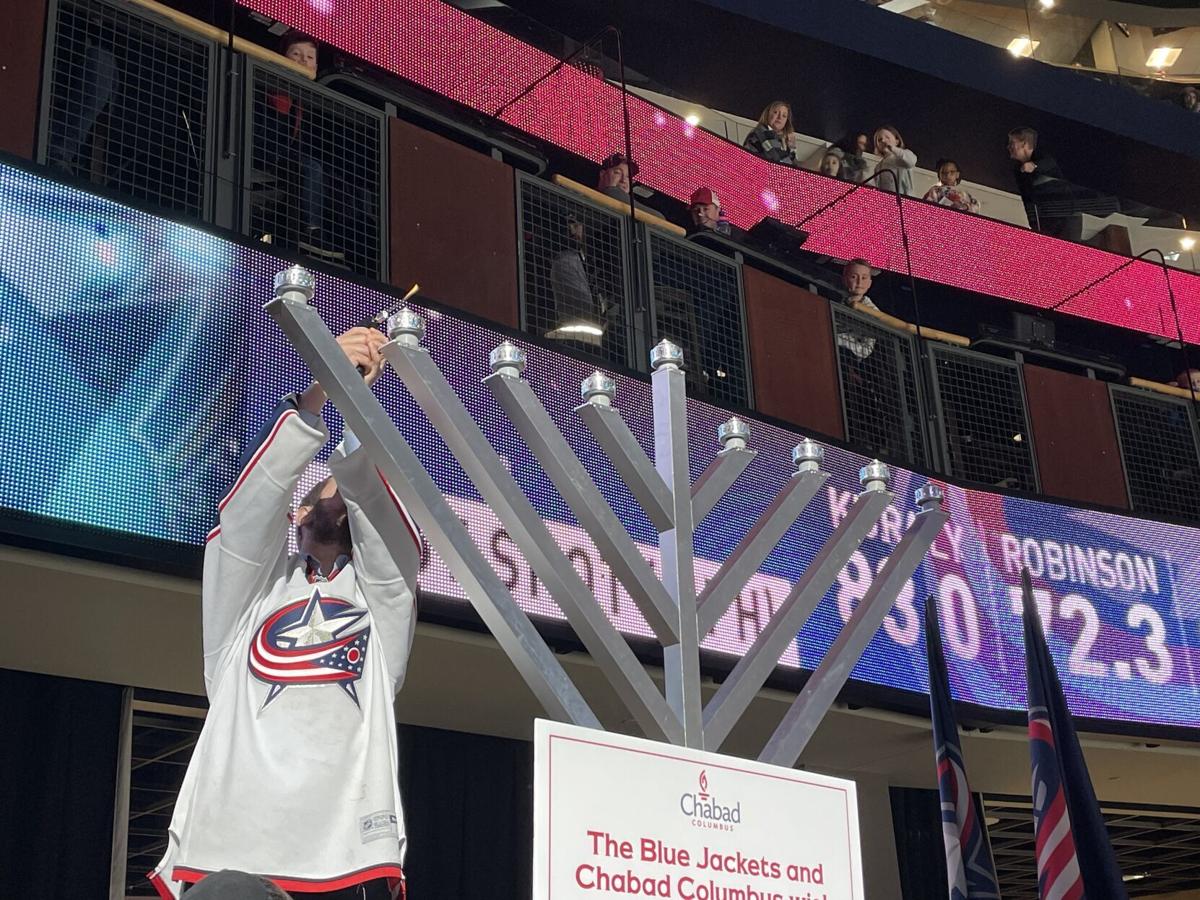 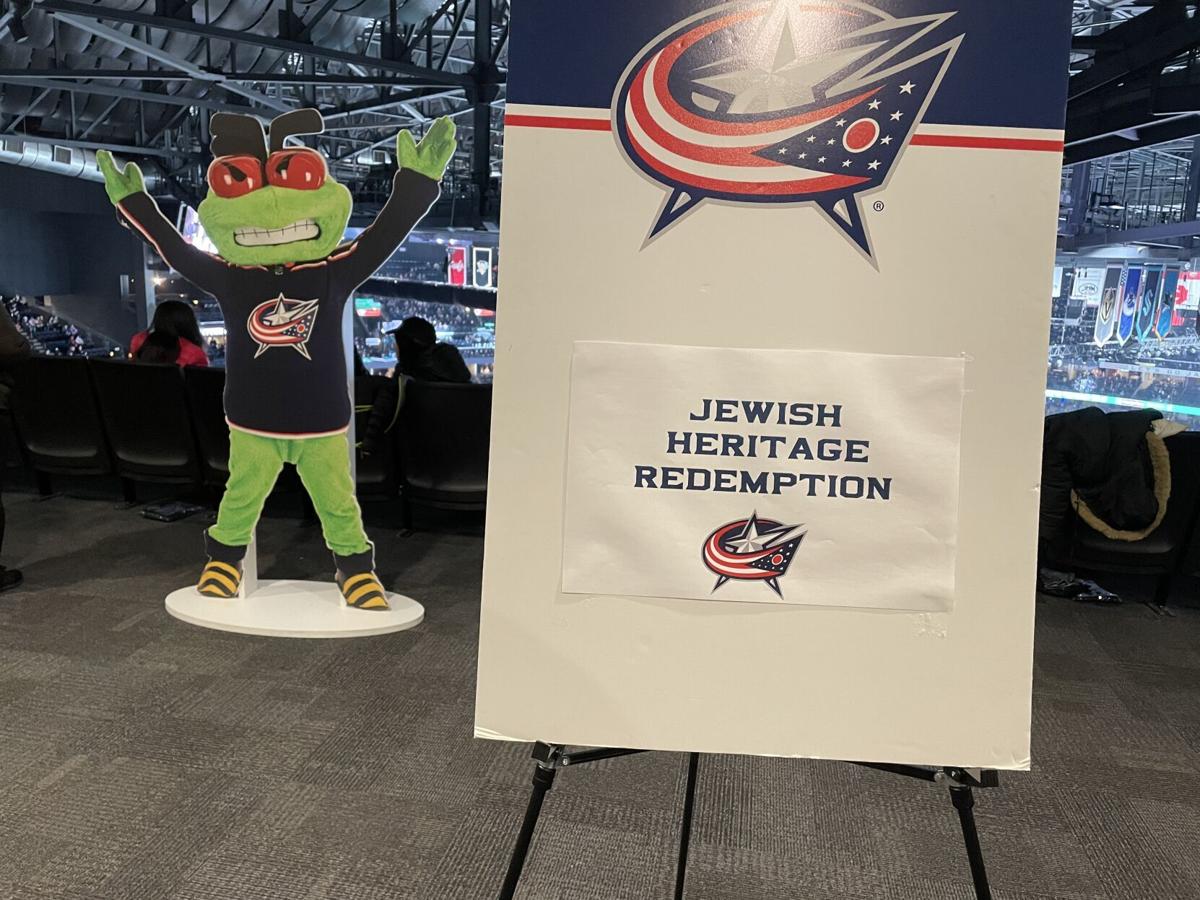 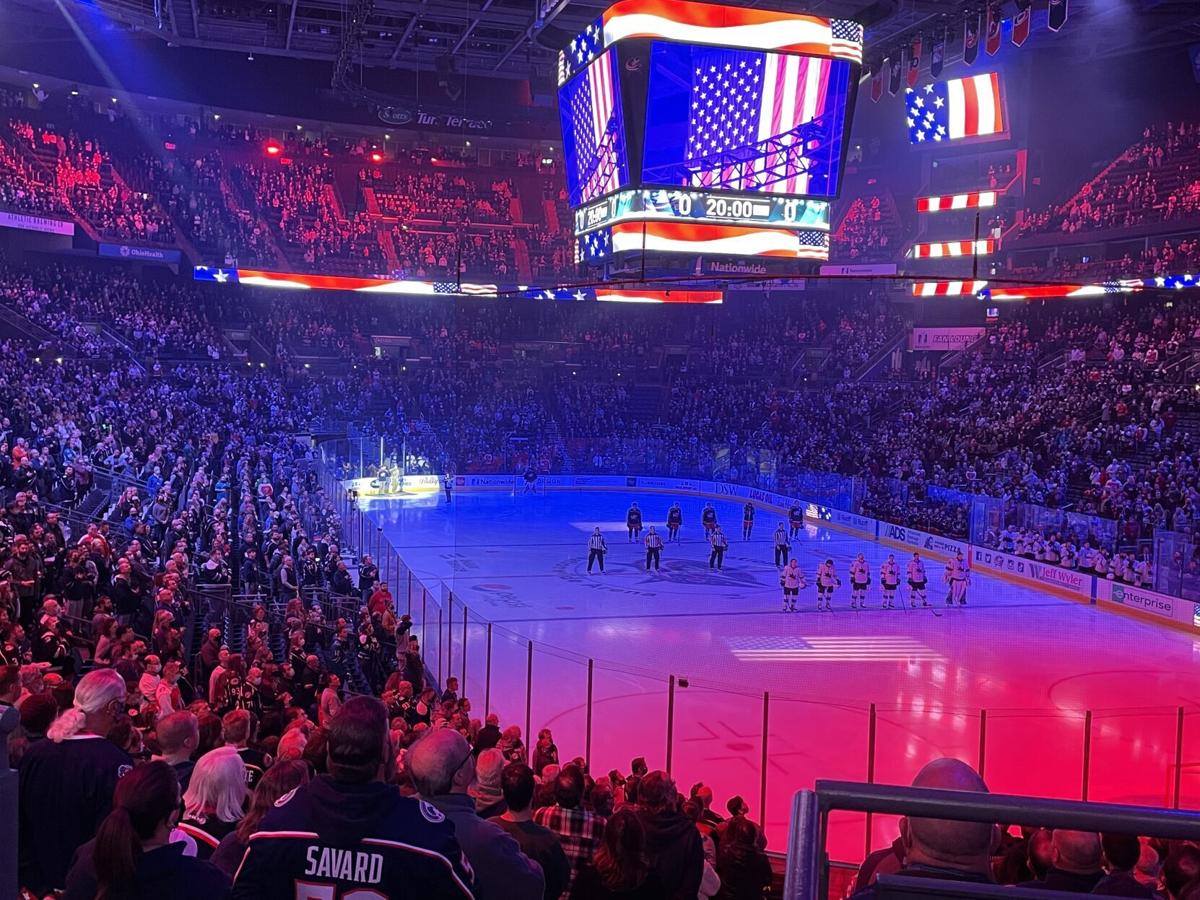 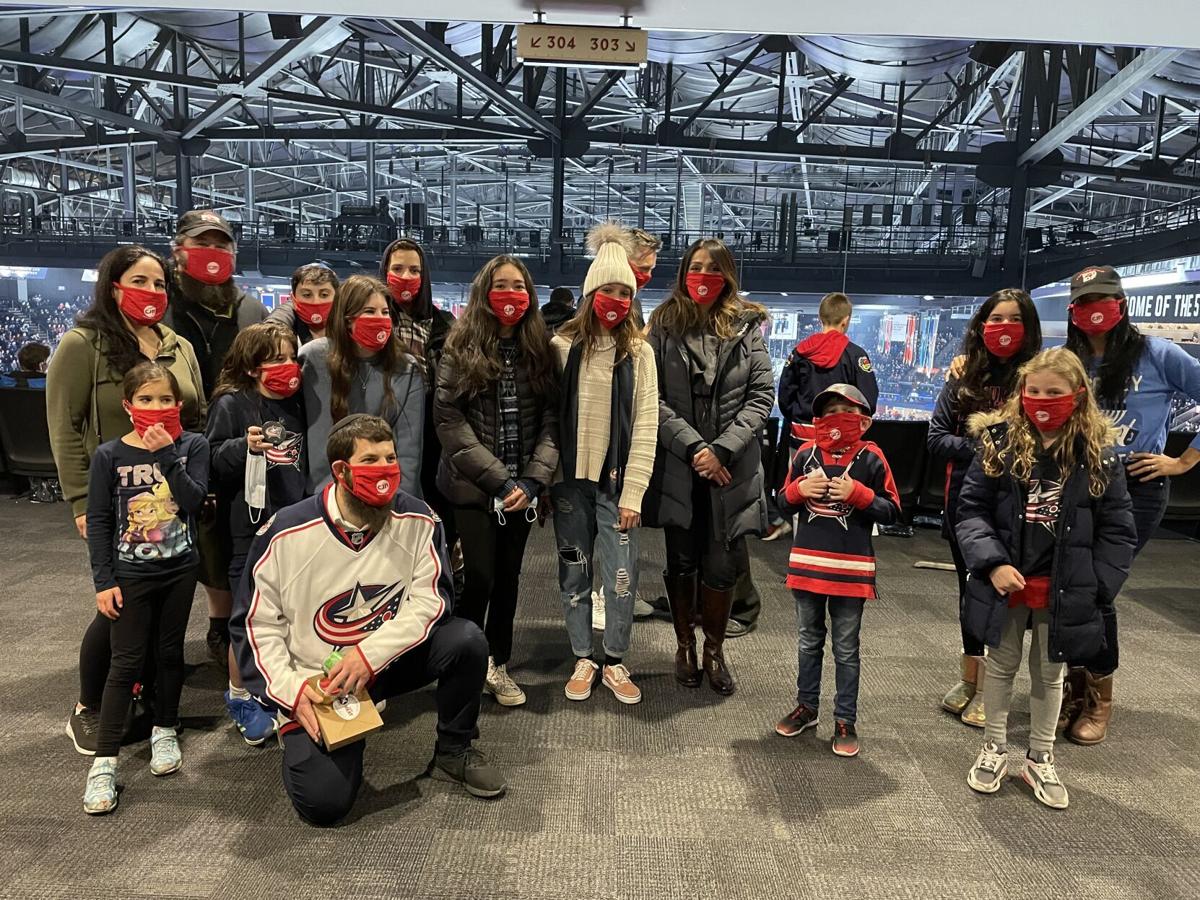 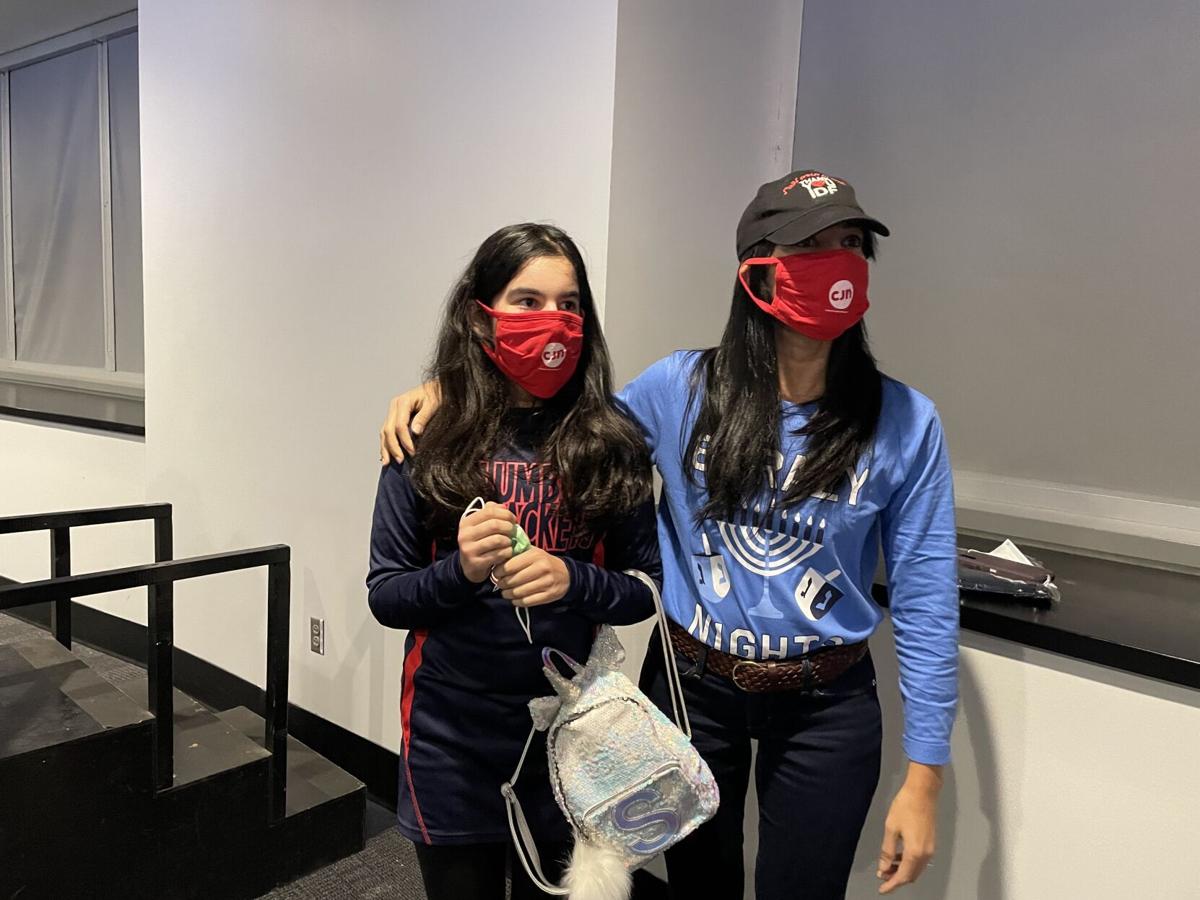 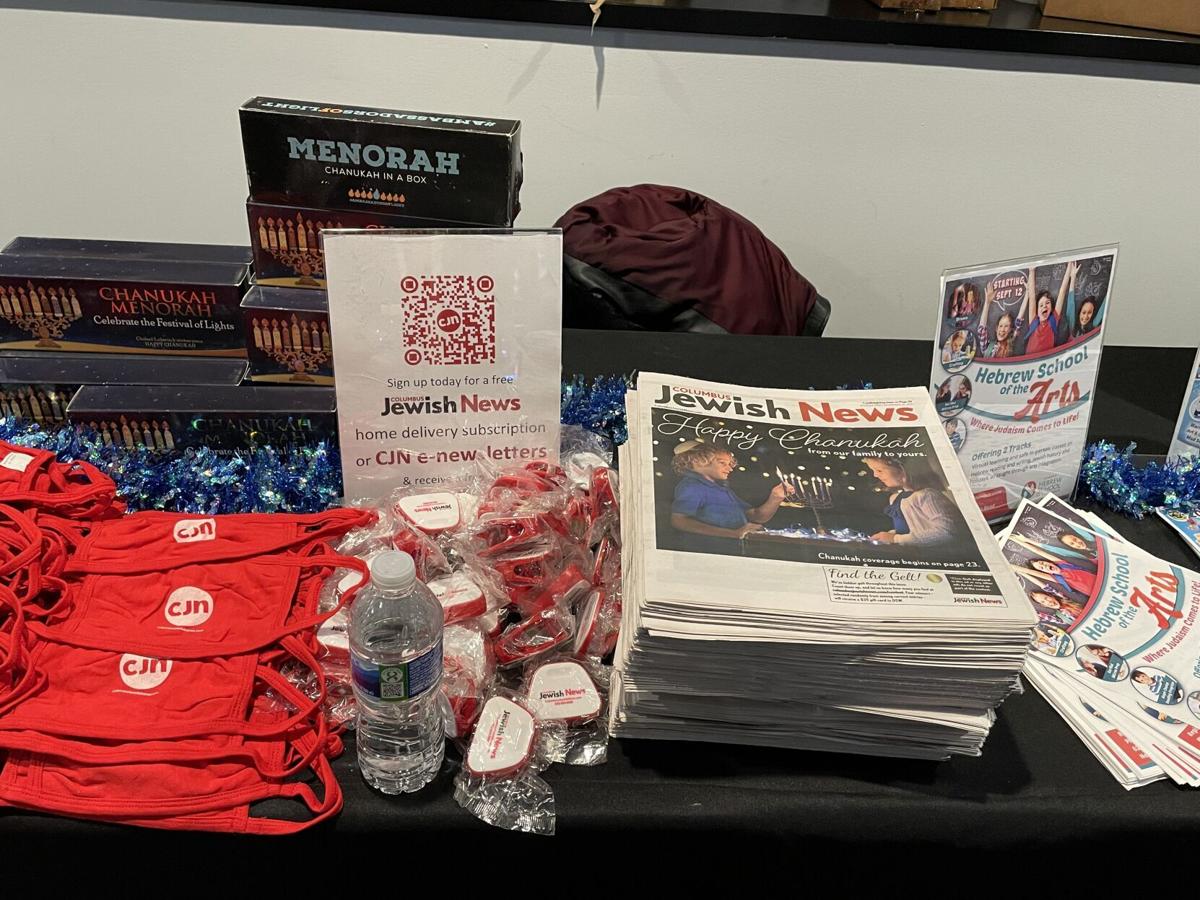 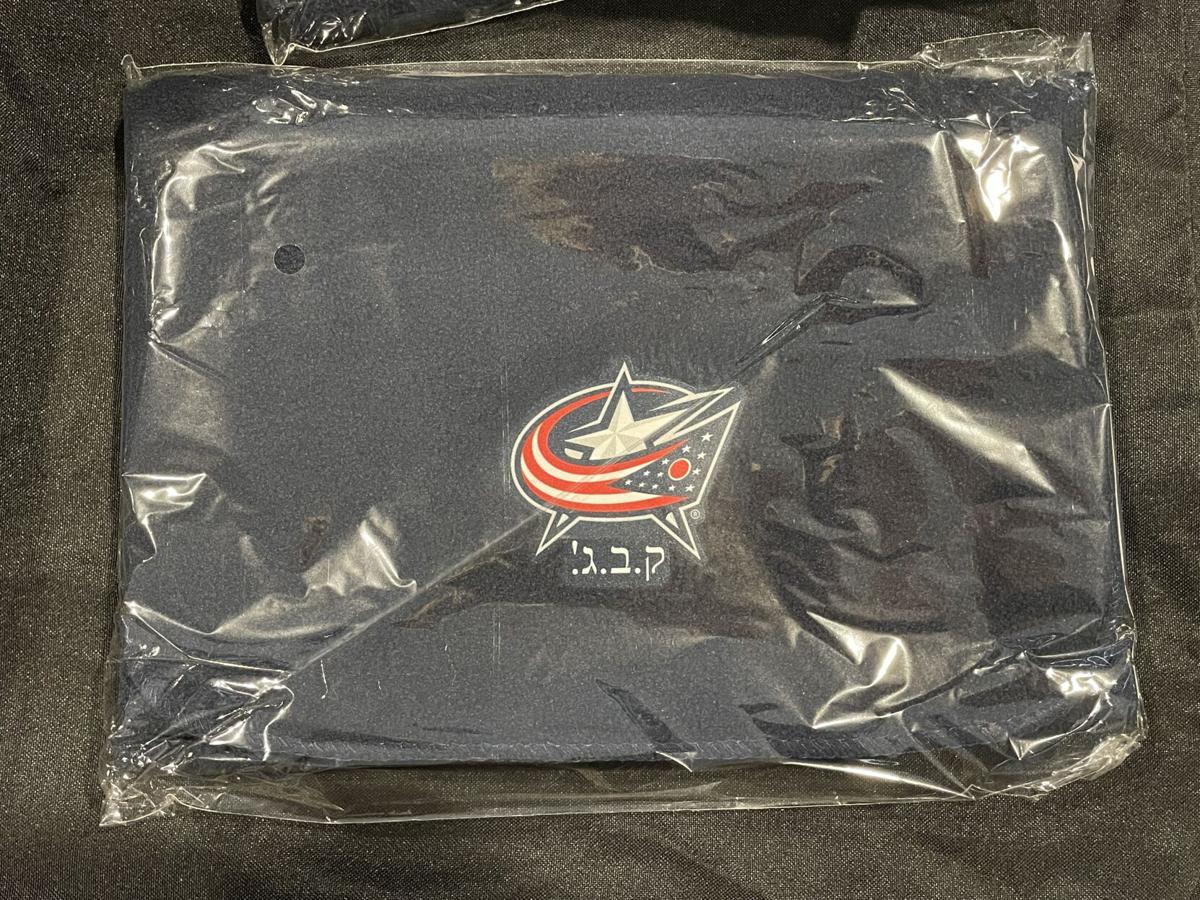 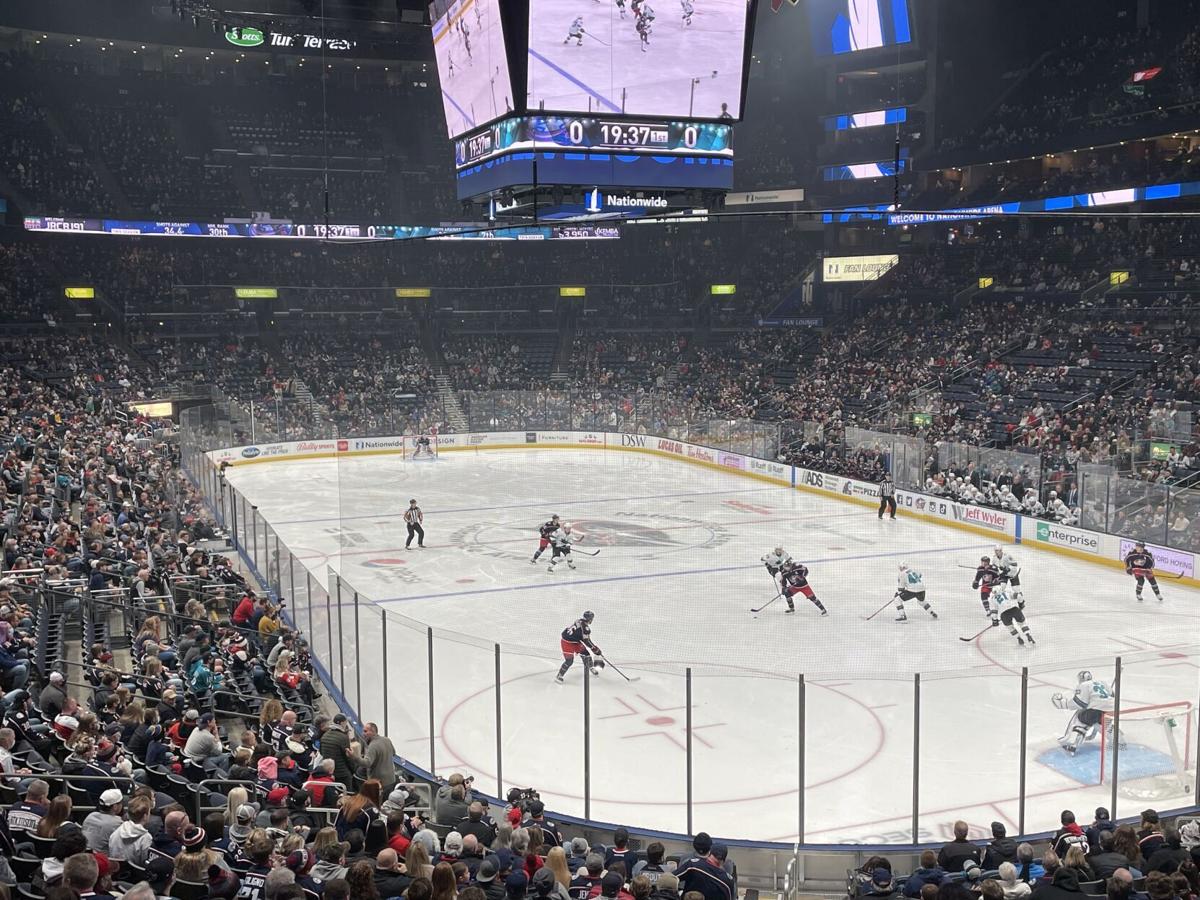 The hockey game in action.

The hockey game in action.

The celebration, which included a menorah lighting, kosher food and giveaways was not only a way to honor the Jewish community, but to bring a positive message to the broader Columbus community, Chabad Columbus’ Rabbi Shea Kaltmann told the Columbus Jewish News.

“This event, and the message of Chanukah, is about sharing goodness and kindness with the world,” Kaltmann said. “This is so important for the community to come together and add a little light to ourselves, and with that light, to kindle the light of others.”

He said there was no event at a Blue Jackets game in 2020 due to the COVID-19 pandemic, but they held menorah lightings over Zoom. Still, it wasn’t the same as being able to hold the event in person.

“It’s been a long time since we’ve been able to have things in person,” Kaltmann said. “I’ve spoken to many people in the community and they are just so thankful and happy to see others and get to reunite after so long of not seeing each other.”

Oksana Mitelman, a community member attending the event, agreed it was much better now that events could be held in person again.

“Especially for this, it’s a holiday of life, so we kind of wanted to do it together,” Mitelman said. “We all do it in the family, but we wanted to do it with the community.”

The first period menorah lighting featured Rabbi Areyah Kaltmann, the executive director of the Lori Schottenstein Chabad Center in New Albany, who gave an introduction before the menorah lighting and ended with a cheer of “Let’s go Jackets!”

“We’re here to light up Columbus,” Kaltmann later told the CJN. “The Blue Jackets are part of the fabric of our community. What better way for our kids to see that Chanukah is embraced by the Blue Jacket family?”

The Blue Jackets beat the Sharks 6-4 to end a four-game losing streak. The Blue Jackets are currently ranked fifth in the Metropolitan Division of the NHL’s Eastern Conference.

Paige Cirtwill attends The Ohio State University in Columbus and writes for the student newspaper, The Lantern.

How many games do you think the Columbus Blue Jackets will win in the 2021-22 season?

Light the Night celebration in Twinsburg