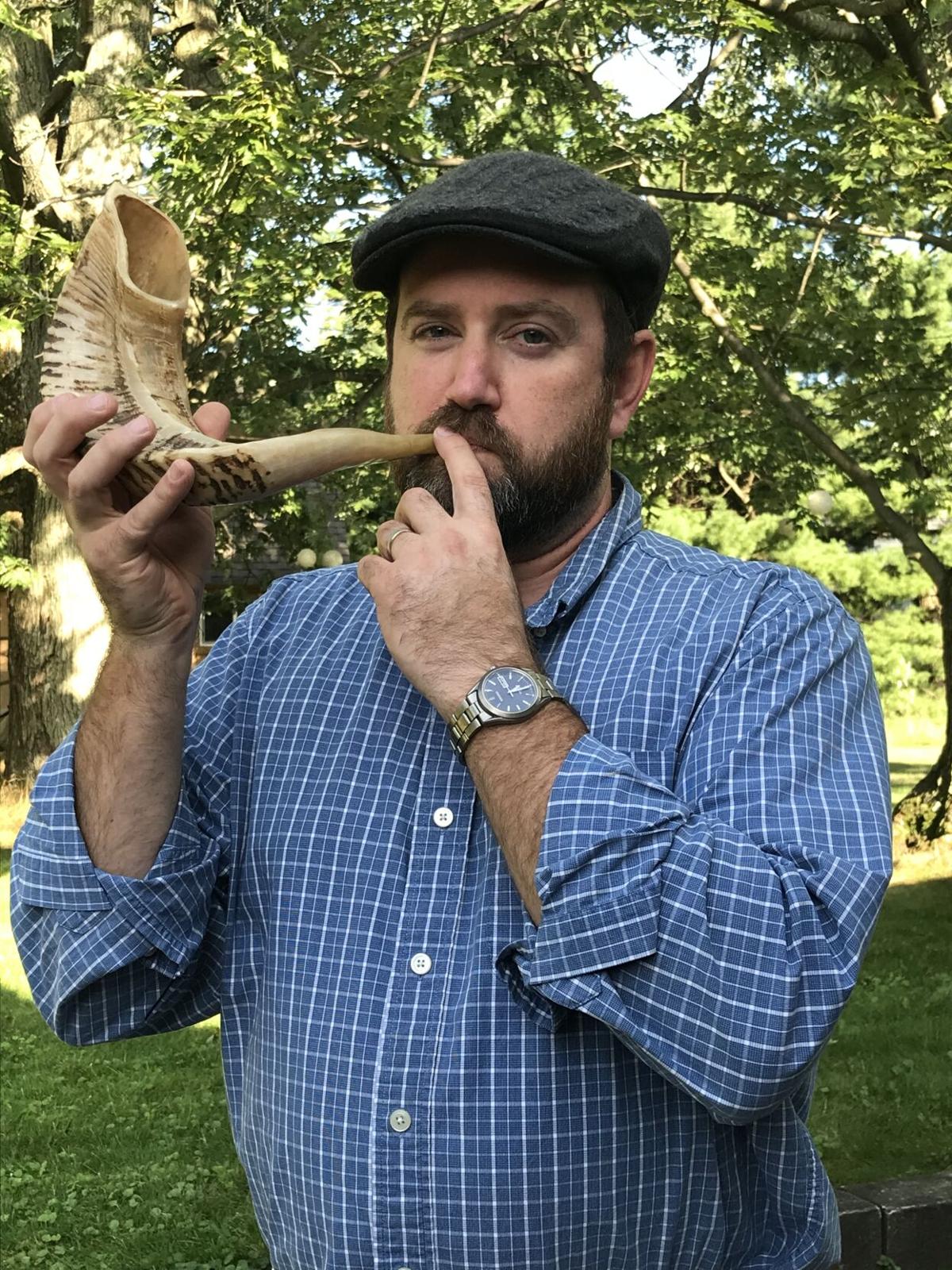 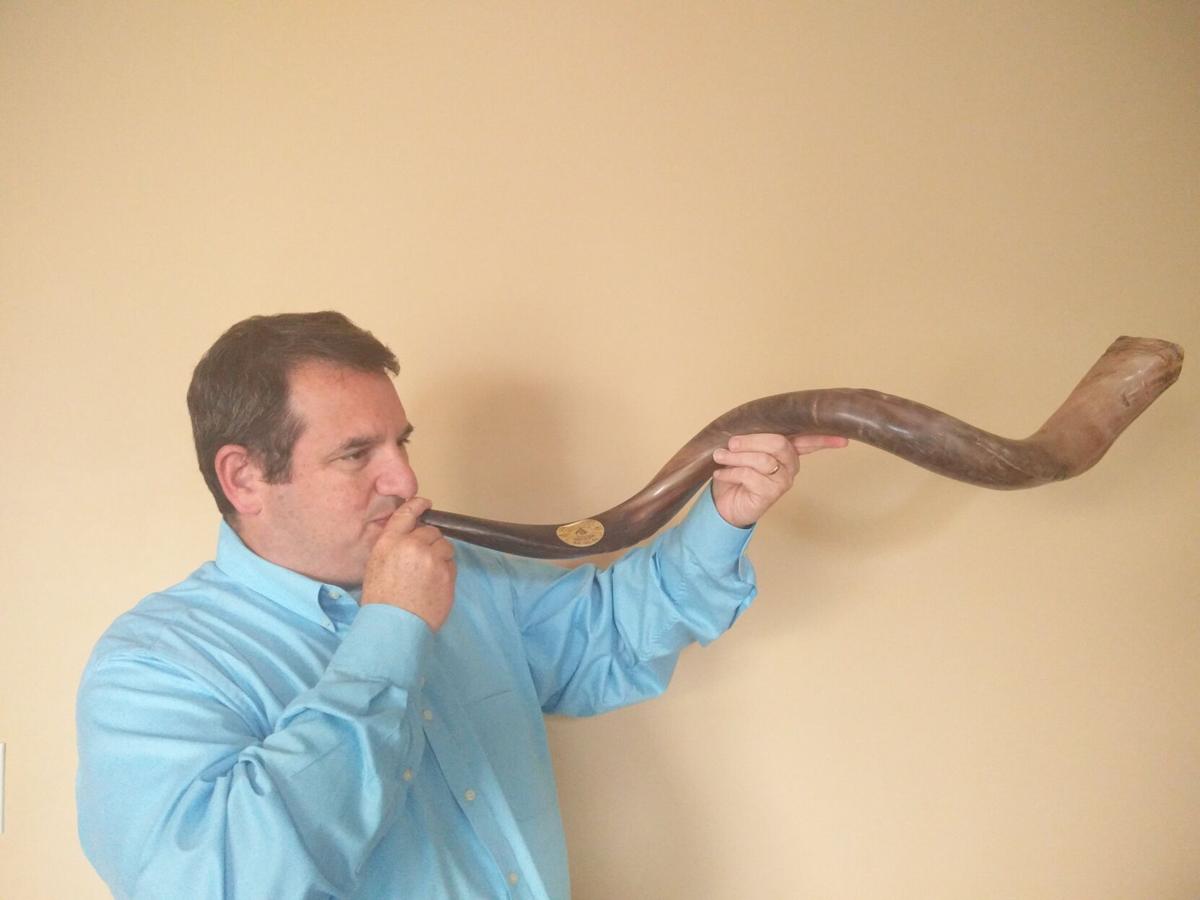 The blowing of the shofar is a vital piece of commemorating Rosh Hashanah, whether it’s congregations evoking its sound or congregants hearing its unique call.

This year, due to the shofar’s ability to spread COVID-19 germs into the air if its user is infected, congregations like Oheb Zedek Cedar Sinai Synagogue in Lyndhurst and Congregation Tifereth Israel in Columbus are adding safety modifications to how they blow the ram’s horn.

David Seltzer – who will be tested for the virus before the holiday – will stand under the edge of the shul’s tent on its parking lot, position the horn outside and blow the shofar.

“The concern of spread outdoors is not as great,” said Seltzer, a Beachwood resident. “There won’t be any high risk of spreading from blowing through the shofar out into the rest of the tent.”

Seltzer, a long-time shofar blower for Oheb Zedek, thinks the outdoor aspect of the blowing could alter the experience for him and those in attendance.

“Being inside and having the echo off the walls is one thing that people who are listening to shofar might notice a difference in how they receive the sound, because it’ll be outdoors and spreading differently,” Seltzer said. “The intimacy of being inside, standing right beside the rabbi for part of the shofar blowing, standing right beside the chazan at the bima – things we normally do – it’s going to be different.

“When you blow shofar, you focus on the mitzvah, you focus on the hearing of the sound and, very importantly, focus on doing it right. Hopefully that will carry through more than the difference of location and exact spacing of where the shofar blower is going to be standing.”

Every year, Seltzer also provides his shofar blowing to those unable to leave their homes for Rosh Hashanah services.

He predicts this year will be his busiest yet due to the pandemic, and he wants to set up a synchronized neighborhood shofar blowing so all members of the community can hear the ram horn’s call.

“If you can help share this mitzvah with people, you should,” Seltzer said. “For those who can’t make it to shul, reach out to them. If you can stand outside their house on Rosh Hashanah and blow for them, or blow for an area or neighborhood, do it to help make sure people can hear this mitzvah.”

Seltzer recommended using the new environment as encouragement during prayer.

“When you’re outside, the sounds of distraction are different,” Seltzer said. “You can always see the distractions you’re not used to as motivation to pray for a recovery in this pandemic, at this time of the High Holidays, as a very important time to pray.

“In terms of shofar blowing, I could say it the same way because you’re supposed to have the right intent. As you blow the shofar, have the right covenant, the potential distractions are potential reminders of what is most important that we need to pray for.”

“The sanctuary’s exit door will be open, I’ll be blowing out towards the outside so that no contamination comes into the building, yet the sound will still be heard,” said Cohen, a New Albany resident. “Based on the layout of our sanctuary, that was decided to be a good way to handle it.”

This method also allows for those tuning in virtually to hear him, Cohen said.

As Tifereth Israel’s upcoming Rosh Hashanah alterations include a drastically reduced sanctuary of congregants and Cohen’s location being away from the bimah, he knows the holiday experience congregants are used to won’t be the same this year.

“I don’t see where it will be much different for me, other than not having the 1,000 to 1,200 people that are normally in the building hearing the shofar in-person during the services and being able to fulfill the mitzvah of hearing it in person,” Cohen said. “For the people who don’t get to hear it in person and just are listening to it through our livestream services, for them it will be more different.”

2:30 p.m. the same day. Shofar blowings are also included during the congregation’s Tashlich services Sept. 20 in New Albany and Bexley.

For those blowing or listening to the shofar in-person and at a home, Cohen stressed doing so outdoors and keeping a distance.

“What we’re recommending people do is that they come to someone’s house and socially distance from other people and from the person blowing the shofar,” Cohen said. “Because it’ll be outdoors, there’s a little less concern with COVID transmission.”

Looking for an online Rosh Hashanah or Yom Kippur service? Here are some options, based on your interests.

4 new children's books to brighten up the Jewish New Year