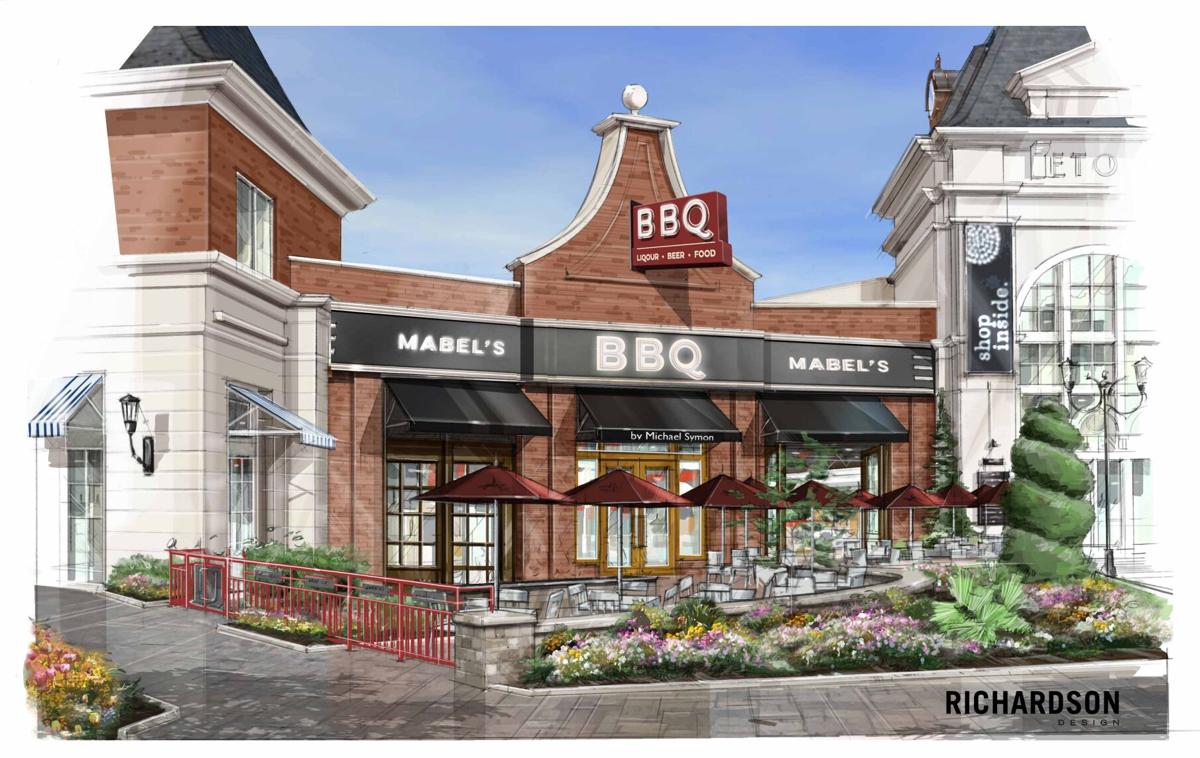 Rendering of what Mabel’s BBQ at Eton Chagrin Bouelvard in Woodmere could look like when it opens this summer.

B Spot Burgers at Eton Chagrin Boulevard closed May 2 in preparation of its transition to a Mabel’s BBQ location at 28699 Chagrin Blvd. in Woodmere.

Both created by Cleveland chef Michael Symon, the new Mabel’s BBQ location is set to open this summer as an authentic Cleveland barbecue option while also introducing new experiences including a BBQ + Bourbon club environment.

“Our love of Eton and our partnership with Bob and Ezra Stark and the entire (Stark Enterprises) team runs deep, and we are thrilled to continue to grow together with them,” Doug Petkovic, partner of Michael Symon Restaurants, said in a news release. “Our Mabel’s BBQ concept is ideal for the East side community, and we are excited to introduce the restaurant and all it has to offer this summer.”

The Mabel’s BBQ menu features Symon’s special barbecue sauce made with local Bertman’s Ballpark Mustard and European spices. Meats are smoked over local fruit wood, with options like brisket and ribs. Rounding out the offerings are side dishes, desserts, a full bar menu and signature cocktails.

The aesthetic and decor will follow the flagship Mabel’s BBQ concept on East 4th Street in downtown Cleveland with arch ceilings, industrial lighting and exposed brick. Redesign is being led by interior designer Scott Richardson of Richardson Design and architect Richard Lalli.

“Our 15-plus year partnership with Michael Symon Restaurants has been such a thrilling and fun journey, seeing fellow Cleveland born companies thriving and celebrating each other’s successes and working together,” Lidia Richani, executive vice president of leasing for Stark Enterprises, said in the release. “After seeing excitement and popularity around Mabel’s BBQ on East 4th Street, and being regular diners ourselves, we knew that evolving together meant introducing this creative concept to the East side of Cleveland. We are looking forward to the future ahead with Michael Symon Restaurants, it sure looks bright.”

B Spot at Eton Chagrin Boulevard was the last location left when the Westlake and Strongsville locations closed in November 2020.