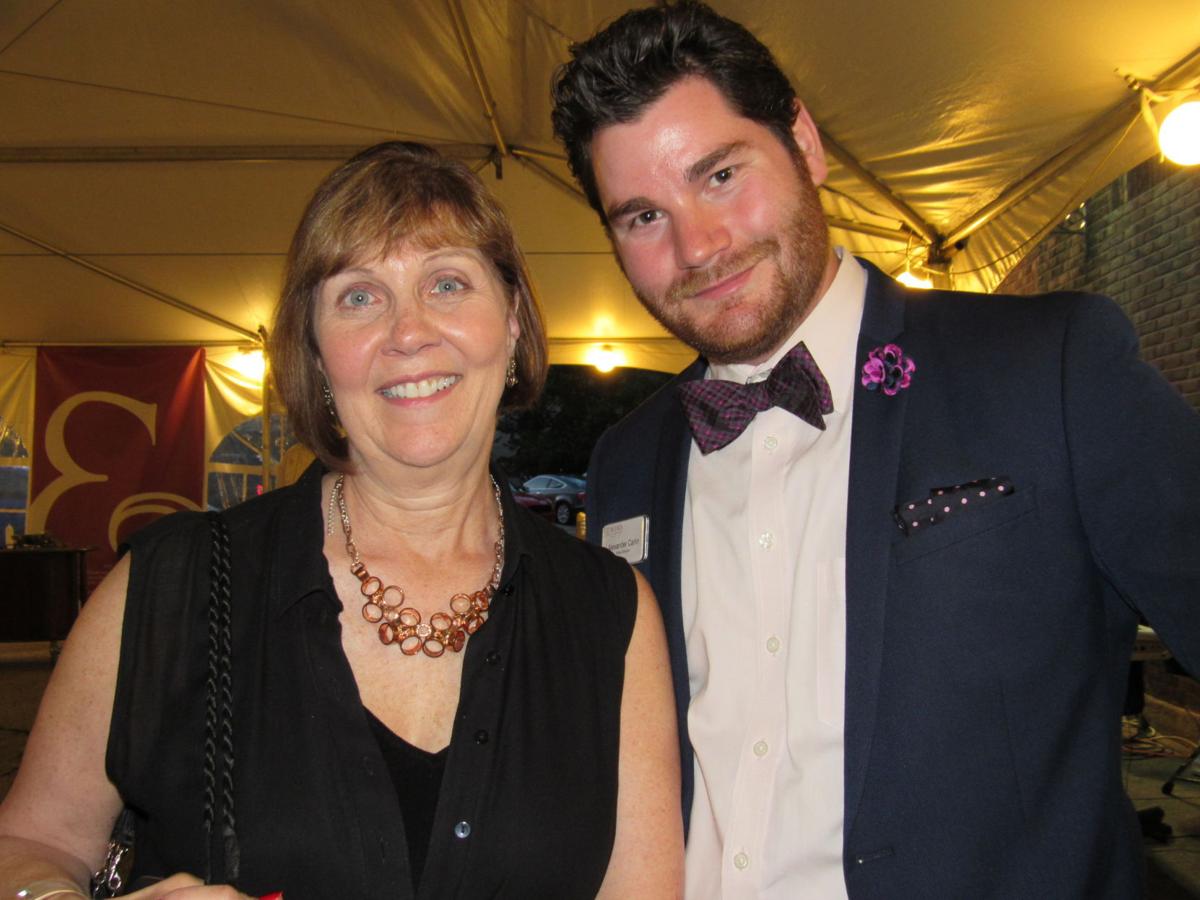 Alexander Carlin said when he worked in restaurants in New York City, he found himself frequently burned out, juggling the pursuit of his master sommelier diploma and his love for all things culinary and wine related.

He decided he needed more support for the trade that he loved and it took just one conversation with his best friend to find out Cleveland was the place that could provide that.

“It all started with a conversation that I had with my best friend that lives here,” said Carlin, wine director and assistant general manager at EDWINS Leadership and Restaurant Institute in Cleveland. “I then visited Cleveland by way of her advice and to hang out with her. I really just immediately fell in love with what (the culinary community) was doing here and I wanted to stay right away.”

As for how he found his way to EDWINS, Carlin said that it was a story of being in the right place at the right time. When he arrived in Cleveland, he was doing consulting work for a downtown hotel and through that, he met some EDWINS employees. He heard EDWINS owner Brandon Chrostowski needed help.

“With my skill set, it was a perfect fit,” he said. “It was ideal because I could use my Michelin training (at EDWINS) to help educate others.”

Carlin said the culinary scene in Cleveland truly inspired him and continues to because of the support the community has for local establishments.

“I don’t think that in New York there is quite that sense of being part of your own family and your restaurant community family,” he said. “Here, it’s more like what’s the story behind the place that you’re visiting. Cleveland just has a sense of pride in itself. There is that support, love and soul that you miss in New York City because of the oversaturated market.”

As he grew up in Baltimore, surrounded by a strong Jewish family, Carlin credits much of his appreciation for community, family and stories to his Jewish heritage. Since he moved to Cleveland, Carlin has been searching for the right synagogue and attended Rosh Hashanah services at Park Synagogue in Cleveland Heights. He also fasted on Yom Kippur as he took the day off from the restaurant.

“It all boils down to family,” Carlin said. “I think that I have my roots in Judaism and that has helped cultivate my mentoring, coaching and teaching skills. It’s the importance of family and translating that into my restaurant setting. Everyone has a place and everyone has value – the job is so rigorous and you have to have that place of meaning and belonging or you’re going to fail.”

Carlin said he hopes to bring other talented culinary professionals to Cleveland to enrich and promote further excellence in the community.

“Cleveland doesn’t want to be the next New York City or the next Chicago, it wants to be its own unique thing and we can do that,” he said. “We have the talents to tell the stories that are being created in this city that are unique to us. It’s all about great service, great stories, great food and all in all, memorable experiences with the people you care about.”

EDWINS provides formerly incarcerated adults a foundation in the hospitality industry while providing a support network necessary for long-term success.