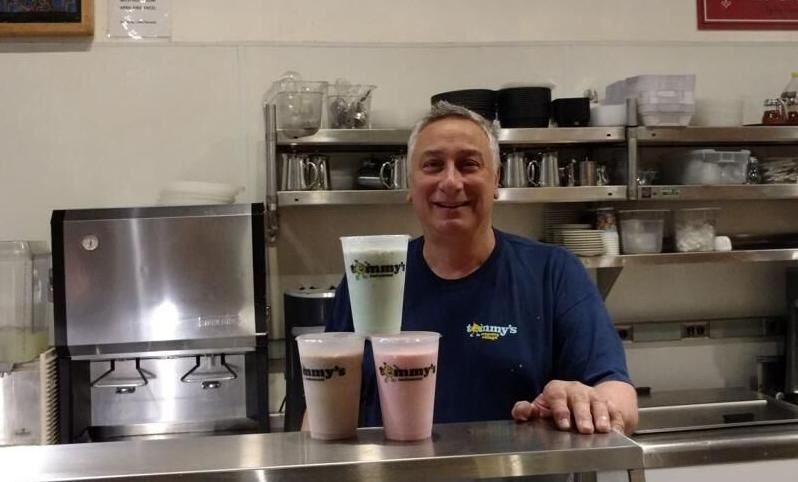 Tom Fello, owner of Tommy’s Restaurant in Cleveland Heights, stands in his kitchen with milkshakes. 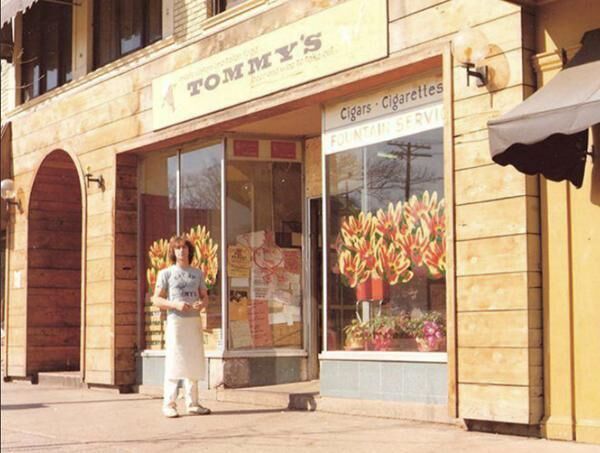 Tommy’s Restaurant first opened on the corner of Coventry Road and Euclid Heights Boulevard in Cleveland Heights in 1972, before moving in April 1978.

Tommy’s Restaurant at 1824 Coventry Road in Cleveland Heights is celebrating its 50th year.

“It went by so fast, and I wouldn’t have done it any differently,” he said. “I love it, and I love what I do. I was lucky to find something to do in my teens and start this. The neighborhood really took care of me, and I’m so thankful, grateful and lucky for it.”

When he first took over the drugstore that would become Tommy’s, Fello said he had “no idea” what he was doing. But, the customers and community saw to it that it would become the beloved institution it is today. Tommy’s specializes in “having something for everyone,” Fello said, with milkshakes, vegan, vegetarian, gluten-free and health-conscious items on the menu. Most items are named after the first customer to create said menu item throughout the years.

“We’ve basically had the same menu since 1972, and we were ahead of the curve with vegetarian and vegan options,” said Fello, adding that most hippies of his generation were also vegetarian and vegan, but their parents were meat eaters. “I feel strongly that the family unit is very important. Being able to go out as a family unit to get something to eat and there is something on the menu for everyone, I think that is what’s kept us alive and relevant in people’s minds.”

To celebrate, the restaurant kicked off its 50th anniversary week on Jan. 10 through Jan. 14, with a daily trivia question posted to its Facebook page, and giveaways tied to those who guess the answer correctly. Those who guessed correctly were entered into a drawing for a chance to win a gift card or branded merchandise.

“I wanted to reward customers, as many as I could, for helping me and my staff throughout the years and through the troubled times of COVID-19,” Fello said. “We couldn’t do a big party right now, but also didn’t want to miss our anniversary. So, my daughters talked to me about the giveaways and trivia. I have been really pleased with the response online. It’s like a walk down memory lane.”

With five decades of history and three locations behind it, Fello said he has every intention for Tommy’s to also be his future.

Tommy’s is open from noon to 8 p.m. daily for dine-in, takeout and curbside pickup.