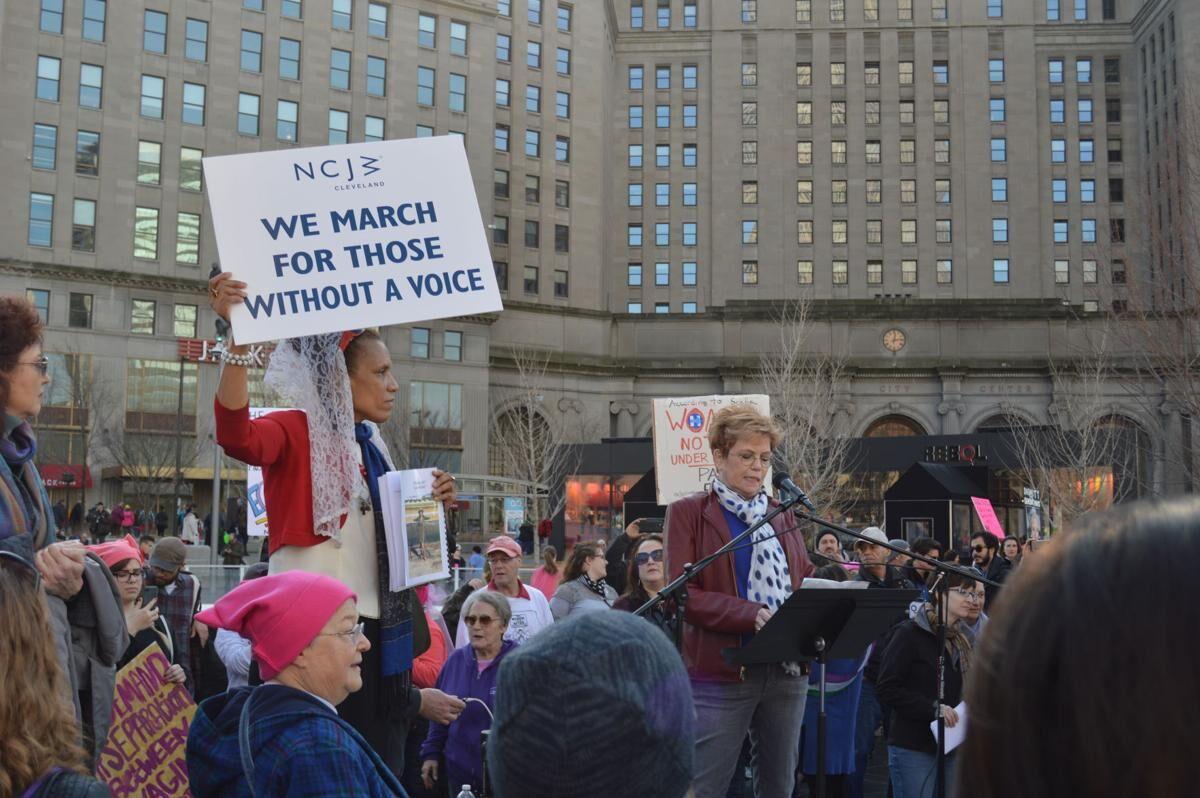 Gail Sands speaks at the 2017 Women’s March in Cleveland as one of the event’s keynote speakers. 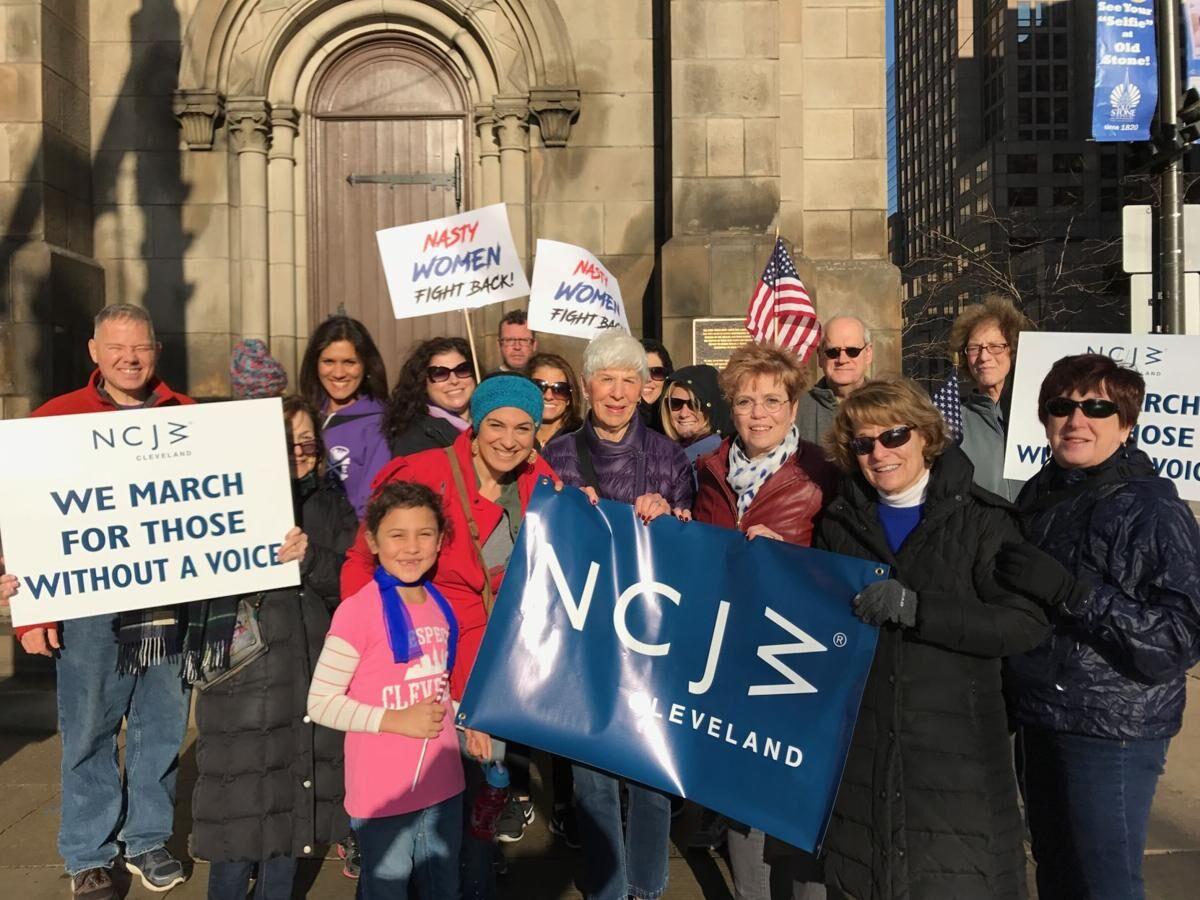 Gail Sands, third from right, with other NCJW/Cleveland supporters at the 2017 Women’s March in Cleveland. 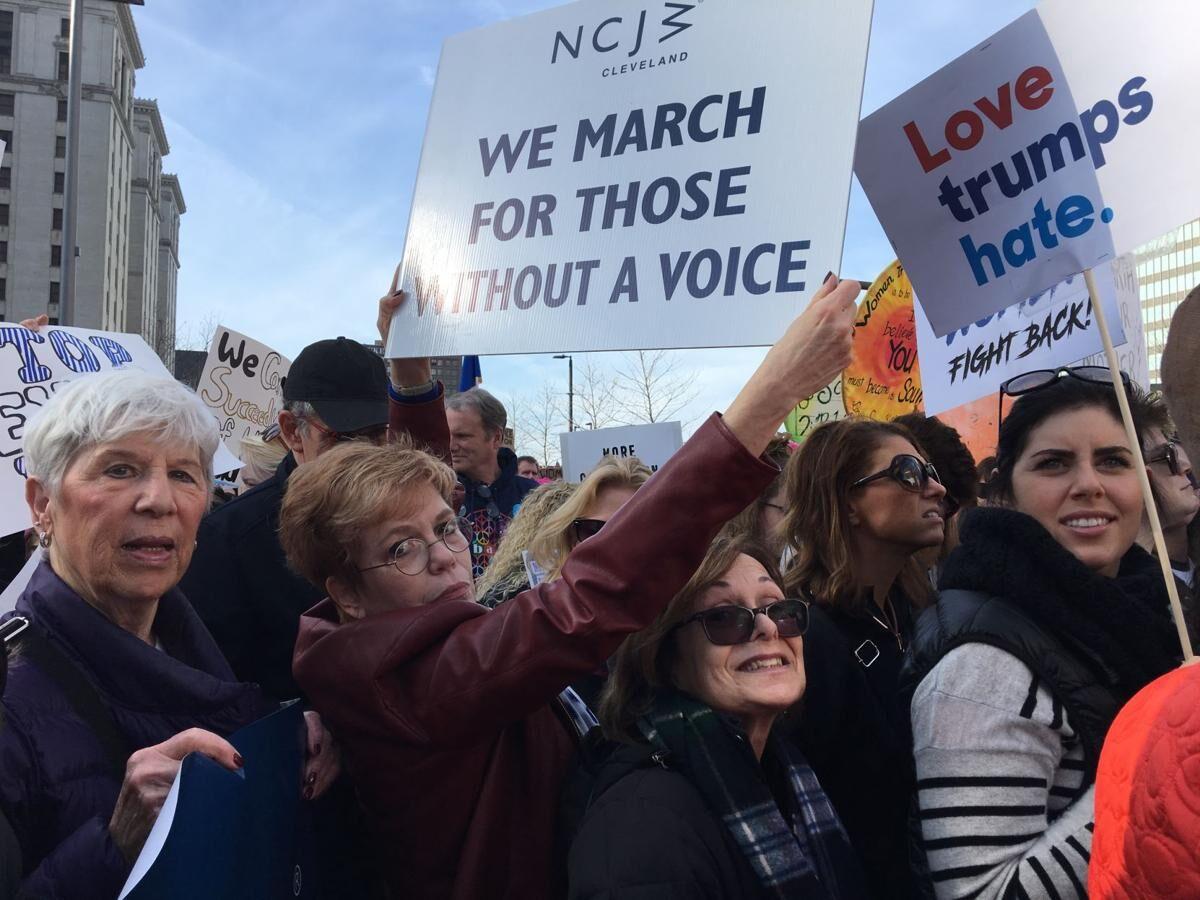 Gail Sands speaks at the 2017 Women’s March in Cleveland as one of the event’s keynote speakers.

Gail Sands, third from right, with other NCJW/Cleveland supporters at the 2017 Women’s March in Cleveland.

Following a long career in health care, Gail Sands was determined to find another way to help her community while in retirement. She turned to volunteerism – something she had done since childhood but now had more time for.

Within her almost six years of retirement, Sands has lent her skills to several organizations, most notably the National Council of Jewish Women’s Cleveland chapter, the Alzheimer’s Association’s Cleveland chapter and Council Gardens, a senior living community in Cleveland Heights.

At NCJW/CLE, Sands serves on the board and is the former vice president of finance and treasury. She also chairs the awards committee, and sits on the following committees: Stop Human Trafficking, Understanding the Issues, Operation Warm Up, Homeless Stand Down and Designer Dress Days. As part of the Women’s March in Cleveland in January 2017, Sands also served as one of the keynote speakers – addressing 15,000 attendees on women’s empowerment and allyship.

At the Alzheimer’s Association, Sands lent her time following her mother-in-law’s diagnosis, where she became the chair of governmental affairs on the board. She was also vice president of fund development and vice president of programs and services, she said.

As for Council Gardens, she said she first found out about it after reading about its conceptualization and opening in the pages of the Cleveland Jewish News. She was intrigued, so she decided to join their board as a member of the bylaws committee and executive committee.

CJN: What inspired you to volunteer so heavily in retirement?

Sands: I am a third-generation volunteer. My paternal grandfather founded the Zionist Party in Canada, and all of the men in my family got involved. When my father moved to the United States, he got involved immediately. So, I learned about volunteering rather early on. I helped my father in his activities – when he’d do mailing lists, I was in charge of licking the stamps.

As a teenager, I was involved with B’nai B’rith and then had my hands full in college. But in 1987, I was diagnosed with Crohn’s disease, so I joined that organization’s Northeast Ohio chapter.

CJN: What keeps you volunteering?

Sands: People ask me that all the time. It’s fun. That’s part of it, but it’s also a learning experience for me. And now that everyone is locked inside, I’m doing all of these virtual events that NCJW puts on. I just like to keep busy. Also, it helps keep me off the internet shopping.

CJN: How would retirement be different if you didn’t volunteer?

Sands: I don’t ever think about that. One of the things I love about volunteering is advocating for a cause. Nothing gets me going more than going to Washington, D.C., and meeting with representatives or senators to tell them my story. Or, tell them about my family, or why they need to strengthen specific laws. I’ve been known to catch a representative or two telling us they supported or sponsored a bill for us, when in fact, they hadn’t.

CJN: What impact do you hope your volunteer work has on the community?

Sands: If what we do can improve a life or tell someone there are services for caregivers and family members of Alzheimer’s disease patients, or gets someone unashamed of talking in public about having an inflammatory bowel disease and know how to care for themselves, I feel content. There is that story of a child who throws starfish into the sea. A man sees him doing it and asks him what impact he’s making. The child throws another into the sea and says that he changed its life. So, it’s like that. It’s about changing lives one person at a time.

CJN: What do you hope happens next in your retirement?

Sands: I’d like to get my COVID-19 vaccine. But other than that, I am not sure. I love NCJW/CLE and I can see myself being involved with them forever. There are also other groups I volunteer with like Medworks, and I also sit on two health councils.

With a laundry list resume of volunteer work, Sands turned her experiences into advice for new retirees seeking a purpose. Recalling that she first got involved with NCJW/CLE because of a friend, she said her friend wanted to get involved in the Alzheimer’s Association – but only if Sands would volunteer with NCJW.

“That is how it happened for me,” she said. “So, just talk to friends and ask what they do. Can you get involved with a religious institution? Are they doing any knitting or sewing projects? There is a ton of stuff out there. You just have to look and consider how you can take the things you find joy in and make a difference at the same time.”

Previous career: Health care; 24 years at Kaiser Permanente, held another couple jobs in health care IT, including at Care Alliance Healthcare, and then later with a health insurance broker before permanently retiring

Hobbies: Gail loves to read, and every now and then, she watches online concerts. She is also known to occasionally crochet, but not very well. She also likes to put together Nanoblock sets.