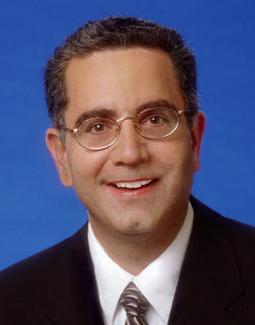 Living at home as a senior can be difficult, especially during the winter.

According to Jared Chevraux, vice president of operations at JTEK Solutions Group in Louisville, Ohio, and Mike Foti, president of Innovate Building Solutions in Columbus, seniors can make living at home more comfortable and safer by changing a few things around the house. Both noted that insulation and keeping the heat in are important.

“It’s always hotter in a senior’s home,” Foti said. “They feel cold more. You’re cranking up the heat to compensate for doors and windows that aren’t keeping the cold out. Seniors that aren’t working or are living on a fixed income, they want a warm place so trying to reduce costs and make the home more comfortable is practical for them.”

Chevraux said, “For a frozen pipe, hiring an emergency plumber can be very expensive and the damage can lead to an insurance claim. When it’s cold out, if some rooms that have plumbing feel colder, you should let water drip. Seniors should make sure any outside hoses are unhooked because they can freeze and back up into a pipe.”

Chevraux also noted seniors tend to get cold easily in the winter and he said a lot of them use space heaters. He suggested they watch their usage and make sure the area around the heater is free of debris to avoid a possible fire.

“They should make sure they keep a 2-foot radius around (the space heater) free of newspapers or anything else that could catch fire,” he said.

“The No. 1 place for a senior to get hurt and can be a very expensive problem is climbing into a bathtub,” he said. “To me, it’s the best place for a nonskid shower floor or a grab bar. Falling is definitely an all-year-round thing.”

In terms of making sure the exterior of a home is safe, Foti and Chevraux said seniors should try to keep walkways and steps clear of snow and ice.

“If any seniors are still doing their own snow removals, my biggest piece of advice is to stop using a hand shovel,” Chevraux said. “With a shovel, twisting and turning the back can lead to injury. A good alternative is a thick bristle broom. They can just sweep the snow away and prevent those injuries.”

Foti said, “If it’s icy, build an awning over the front door. That can help minimize the ice. There are also heating systems you can install under walkways.”

To further save money, Chevraux and Foti recommended seniors consult a handyman about replacing doors and windows to prevent drafts and make them easier to open.

“Hardware stores and home improvement stores offer window insulation kits,” Chevraux said. “They are plastic wraps and you heat it with a hairdryer over the window. It traps the air and keeps the heating bill lower.”

Foti said, “Up-and-down windows can be hard to operate for seniors. With casement windows, like with cranks at the bottom, you can still open the window even in a seated position.”

Chevraux and Foti both noted that weatherproofing doesn’t only apply to the winter, but it should meet needs for any extreme weather.

“If things are properly insulated, it’s going to help you with cranking the AC in the summer and cranking the heat in the winter,” Foti said. “Energy usage is most extreme in these seasons. If you have a better-insulated door or window, it’s going to be a major benefit in both seasons.”