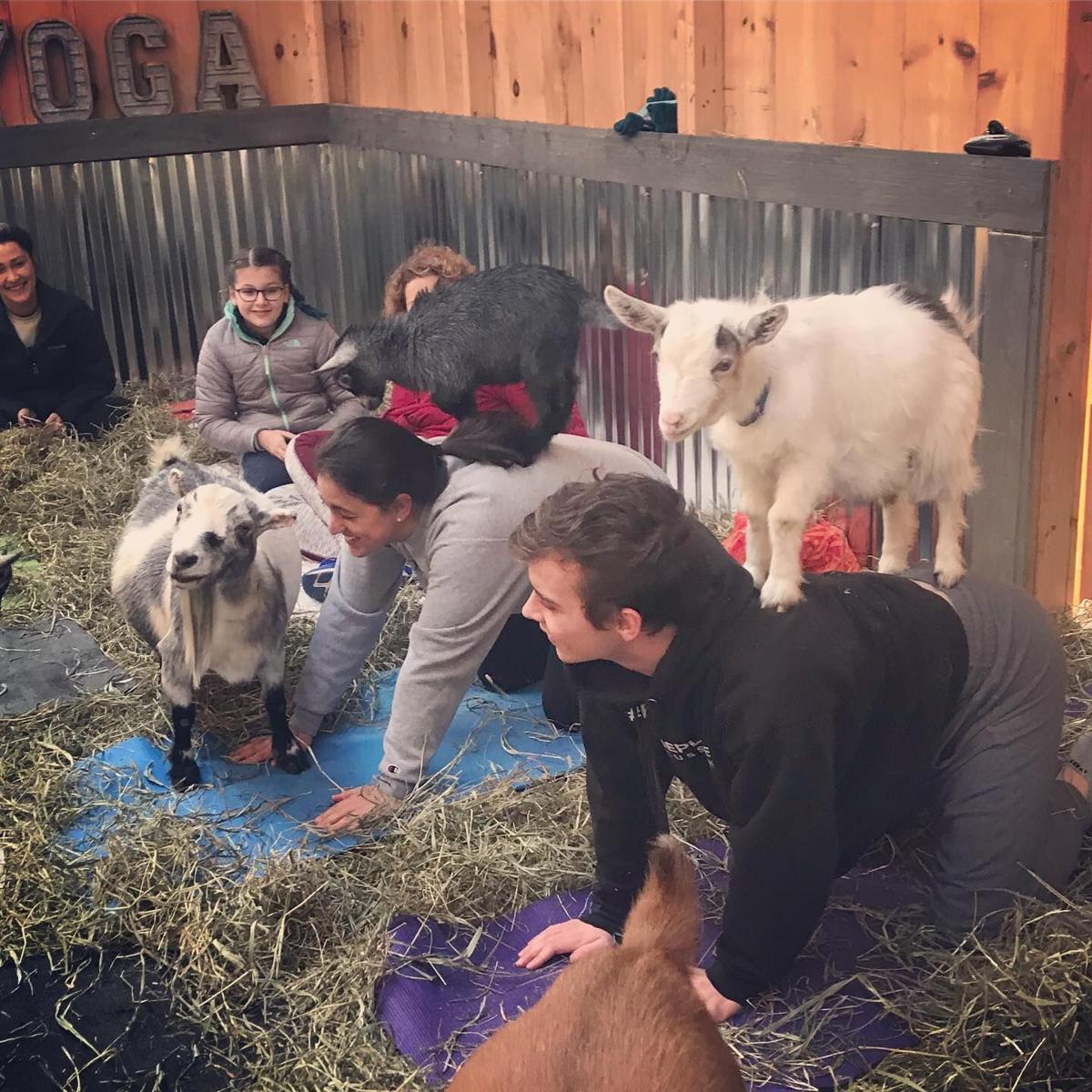 Feels Like Home Farm has been running goat yoga classes since 2017. 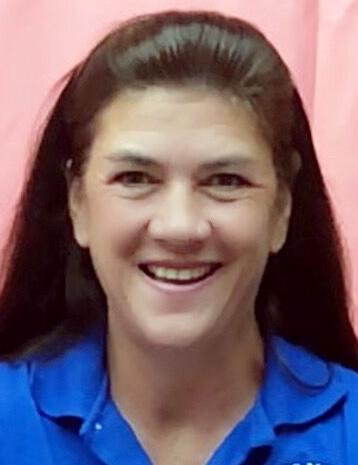 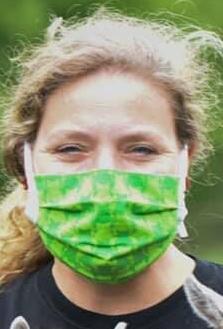 Yoga is a type of exercise that has been around for over 2,000 years. It uses the body and mind, and focuses on things such as stretching, meditating and breathing in order to maintain mental and physical health. But a recent trend in the past few years has introduced a new element to this exercise.

Faye Farley, owner of Majestic Meadows Alpacas & Boutique in Medina, and Alissa Helwig, owner of Feels Like Home Farm in Kirtland, offer goat yoga, which incorporates goats and a farm setting into their yoga classes.

Feels Like Home Farm began goat yoga in 2017, when a local gym approached them about offering classes at their farm. After collaborating for about a year, the farm decided to run its own independent goat yoga classes called “Feels Like Om,” which is a play on the word ‘om’ that is commonly used in yoga.

The courses are as simple as yoga sessions with goats walking around and interacting with the participants.

“There are some people that want to do serious yoga poses and like to get pictures with the goats,” Helwig said. “But there’s some people that just come and it’s like therapy. They just sit on their mat and they cuddle the goats. They don’t really do many yoga poses, but I think it’s really rewarding.”

Farley said lot of the benefits are mental and emotional, as people love interacting with the animals on the farm.

“I think people want to get outdoors, and they want to do something that’s fun, relaxing and silly,” Farley said. “And they want to forget about all the chaos in the world. It has all the benefits that conventional yoga does. It’s relaxing and it’s exercise. I think goat yoga adds the dimension of being fun and playful instead of strict exercise. A lot of the popularity of it is that it’s sort of fun, freeing and silly.”

In order to encourage the goats to play around with the participants, Hewlig said they try to do poses that are closer to the ground, so that they can have more interaction with animals.

“So we do a lot of forward folds or a lot of positions on hands and knees,” Helwig said. “So as we’re going through those poses, I just like to make sure that the goats get to everyone’s mat. So I’ll go and sprinkle a little bit of food and a little bit of grain on people’s mats. And if the people are in a position like a tabletop, goats will jump on their back, play, hop off and go to the next person. It’s a very delightful experience.”

Helwig said her farm has had people travel there from all over Ohio. They host events such as bachelorette and birthday parties. The proceeds from these classes and events help to contribute to the animals’ lives, including food and hay bales for the 50 animals on site. On top of goats, the farm also has pigs and alpacas.

“I think it really adds something,” said Helwig, referring to their goat yoga classes. “There’s different forms of yoga. You might have heard of laughing yoga where people laugh a lot during it. And it helps release endorphins. And I think this is kind of along the same lines, because being around animals has been proven to release happy endorphins, lower blood pressure and do all kinds of great things for your health. So I think just adding that with yoga just adds this extra element.”

Recently, Helwig’s farm has added “snuggle sessions.” From fall to early spring, one can take an hour-long private tour of the farm. The first half hour is spent in the goat pen with the baby goats where people can feed them bottles and give them treats. People just hang out with the goats in a formal non-yoga setting. For the last half-hour, visitors are given a farm tour.

“For people that don’t live on the farm and haven’t been exposed to it, it’s something really fun and out of the ordinary that they get to do,” Helwig said. “And they actually are active participants in being around the animals, and they learn about them. So I think, all in all, it’s a pretty positive thing that people can do. And during COVID, I think it was something that really helped to brighten people’s day if they couldn’t go anywhere or do anything.”