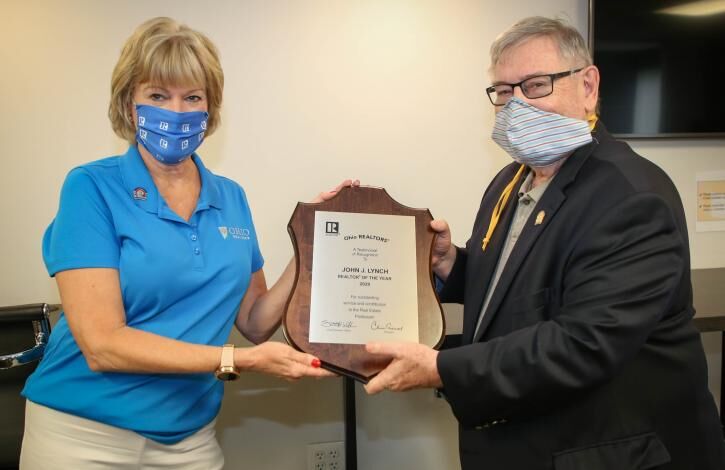 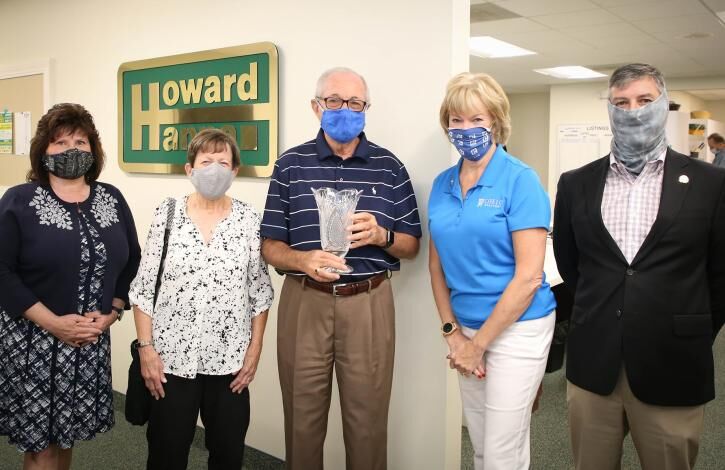 John Lynch of Westlake received Ohio’s 2020 REALTOR of the Year Award by Ohio REALTORS, while Jim West of Stow was honored with the 2020 Vincent T. Aveni Lifetime Achievement Award.

Lynch was nominated by the Akron Cleveland Association of REALTORS and is affiliated with Keller Williams Citywide. He has been a Realtor since 1972.

The announcement was made at the Ohio REALTORS 110th Annual Convention & EXPO held virtually from Sept. 21 to Sept. 25.

Judging of the REALTOR of the Year award is based on professional achievements, local Realtor board/association activities, service to the Ohio and National Association of REALTORS, as well as business and education experience and civic activities.

Lynch served as president of the Akron Cleveland Association of REALTORS in 1993. He also served as a member and in leadership on a variety of the Akron Cleveland association committees, including: CIE task force, commercial forum 2013 to present, RPAC trustees, community watchdog program, brokers community and the Paul J. Everson RPAC Hall of Fame.

Lynch also serves on the local Association OR/NAR leadership advisory committee, where he encourages Realtors to engage with OR/NAR. He was the NAR regional vice president – Region 6 (Michigan and Ohio) in 2018.

On the state level, Lynch was Ohio REALTORS’ president in 1999.

The Aveni award recognizes past presidents of the Ohio REALTORS that provided exemplary service to the organization. Aveni served as president of the organization in 1980 and the award was created after his passing in 2006.

On the state level, West served as president of the Ohio REALTORS in 2005.

“Jim is an outstanding Ohio Realtor and embodies everything that the Aveni Award stands for,” said Ohio REALTORS President Chris Reese in a news release.

The Ohio REALTORS, with more than 33,000 members, is the largest professional trade association in Ohio.