Iran: We will not renegotiate the nuclear deal

Gearing up for Thanksgiving alone? Here’s advice from a rabbi on finding meaning in quiet holidays.

Nov. 12, 2019 was no ordinary day for the Israeli military. At 4 a.m. an Israeli Air Force drone carried out a surgical strike in the Gaza Strip’s Shuja’iyya neighborhood. The target: Baha Abu al-Ata, the head of the Palestinian Islamic Jihad’s (PIJ) Gaza operations. The score with one of the most notorious Palestinian arch terrorists ever had thus been settled.

The assassination of Ata was the first such strike since 2014’s “Operation Protective Edge.” Pursuing it meant Gaza’s terrorist groups would retaliate, but that was a calculated risk the Israeli leadership felt it had to take. Intelligence reports indicated he was planning rocket and sniper attacks on the Israeli communities near the Gaza border.

The operation was led by the IAF’s highly classified drone unit, which in recent years has been playing a greater role in the military’s intelligence gathering and operational efforts deep behind enemy lines.

Born in Shuja’iyya in 1977, Ata was recruited by the PIJ in 1990. He rose through the ranks quickly and in 2007, after a short training period in Syria, was named commander of the Gaza division of the al-Quds Brigades, the PIJ’s military wing, and focused on developing the infrastructure necessary to support the local production of rockets and missiles. A few years after that he was put in charge of all of PIJ operations in northern Gaza, making him the terrorist group’s de-facto “chief of staff.”

Israeli intelligence classified him as “a ticking time bomb,” but after a failed assassination attempt in 2012, his elimination was repeatedly postponed, in part because of the serious ramifications involved in killing him. 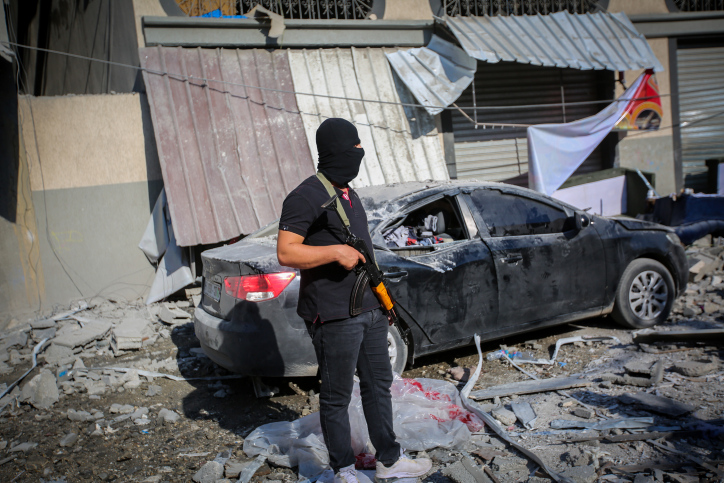 The home of Palestinian Islamic Jihad field commander Baha Abu al-Ata after it was hit overnight by an Israeli airstrike in Gaza City on Nov. 12, 2019. Photo by Hassan Jedi/Flash90.

In 2018, it became clear that Ata was the mastermind behind the vast majority of the terrorist attacks emanating from the Gaza Strip, and that he was single-handedly disrupting the delicate status quo between Israel and the terrorist groups in Gaza.

Israel employed various diplomatic back channels to make it clear to PIJ—and to Hamas, as Gaza’s ruler—that they had to rein Ata in, but to no avail.

The decision to eliminate Ata was made in 2018, but its execution, codenamed “Operation Black Belt,” was postponed due to “Operation Northern Shield,” during which Israel exposed and destroyed a grid of terror tunnels dug by Hezbollah, Iran’s proxy in the region, under the Lebanon-Israel border. 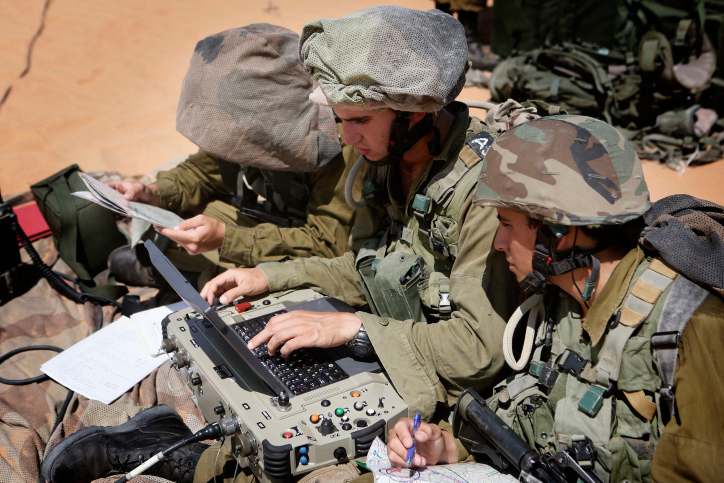 An IDF Sky Rider unit seen during a training drill at the Tze’elim army base on Aug. 5, 2013. The unit, part of the Artillery Corps, operates the Sky Rider unmanned aerial vehicle, manufactured by Elbit Systems. Photo by Miriam Alster/Flash90.

When the order finally came, IAF drones conducted meticulous, around-the-clock surveillance of the target for months, discovering every detail of his life and daily routine. Surveillance was so tight that those involved in the operation knew not only where Ata was at any given time, but also when he had his children with him. The operation was classified as top secret, meaning the drone unit officers never knew who their target was. 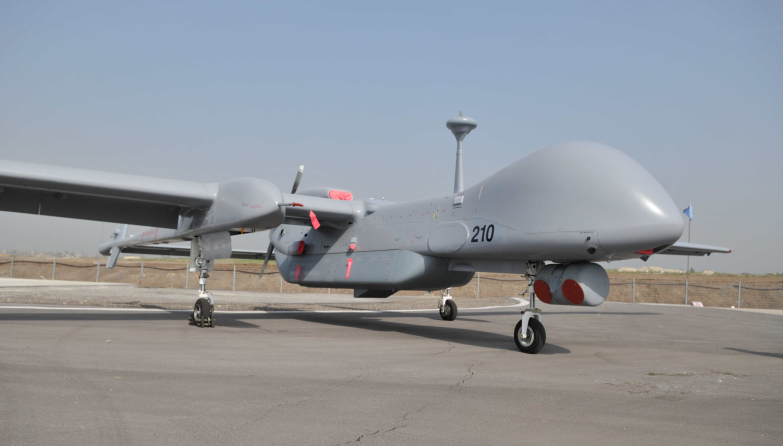 “The decision to eliminate an individual is not made overnight,” he explained. “We gather quite a bit of intelligence on the target and all means are permissible, across the board. We knew the location of his home, his whereabouts at any given time, and much more. There is no doubt that the Gaza Strip is a challenge because the enemy invests considerable resources to camouflage itself among civilians, but we have our capabilities to counter that,” he said.

Late on Nov. 11, 2019, Military Intelligence obtained a “golden window”: Ata, who always surrounded himself with human shields, was at home with his wife—and no one else.

The operation, headed by GOC Southern Command Maj.-Gen. Herzl Halevi, was a go.

The IAF’s 200th Squadron, which was placed on alert ahead of an “unspecified high-profile mission” weeks before, immediately went on high alert.

“We’re no strangers to complex missions, but a hit the immediate implication of which is rocket fire on the greater Tel Aviv area is never a simple thing. Israel hasn’t pursued this type of operation in years. We’re not short on training, but this kind of mission means we have to be extra sharp,” said Capt. R., the squadron commander.

“We’re not the ones solely responsible for a mission’s success, intelligence-wise, but for me and my crew—anything we miss could undermine it. There’s a lot riding on our abilities,” said R.

At 4 a.m. the final green light was given and a precision missile was fired at Ata’s home. When the smoke cleared, it was clear that whoever had been in the bedroom could not have survived.

If this were a spy thriller, this would have been the moment for the teams in the control room, having been on the edge of their seats for hours, to break out in cheers. Real life, however, doesn’t work that way.

“Those moments and hours immediately after [an operation] are exactly when you have to remain as sharp as you can. It’s the worst possible time to pat yourself on the shoulder,” R. explained. 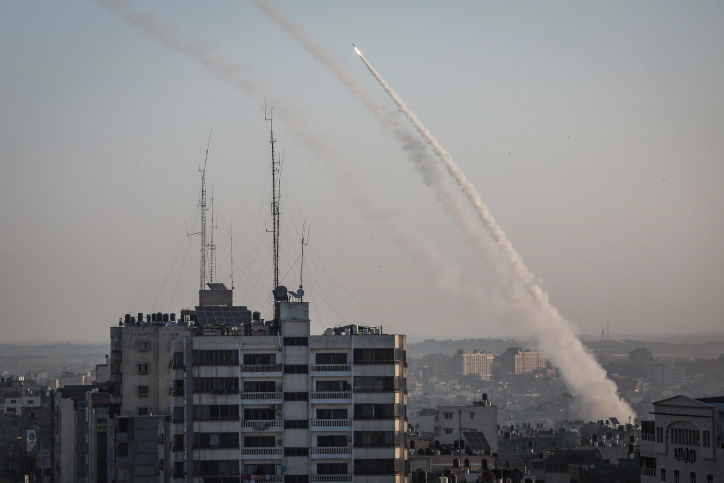 “Taking out an Islamic Jihad operative of Ata’s caliber means you have to be ready for every scenario,” said A. “We were ready for anything: containable escalation, one that would stretch beyond a few days of fighting, and—if the order came down—a full-fledged [military] campaign. Every option was on the table, including targets for potential strikes. We have the intelligence we need on them. Over time, we’ve compiled ‘target files’ on each and every one so we’d be good to go when the orders came. No one there can be complacent,” he added. 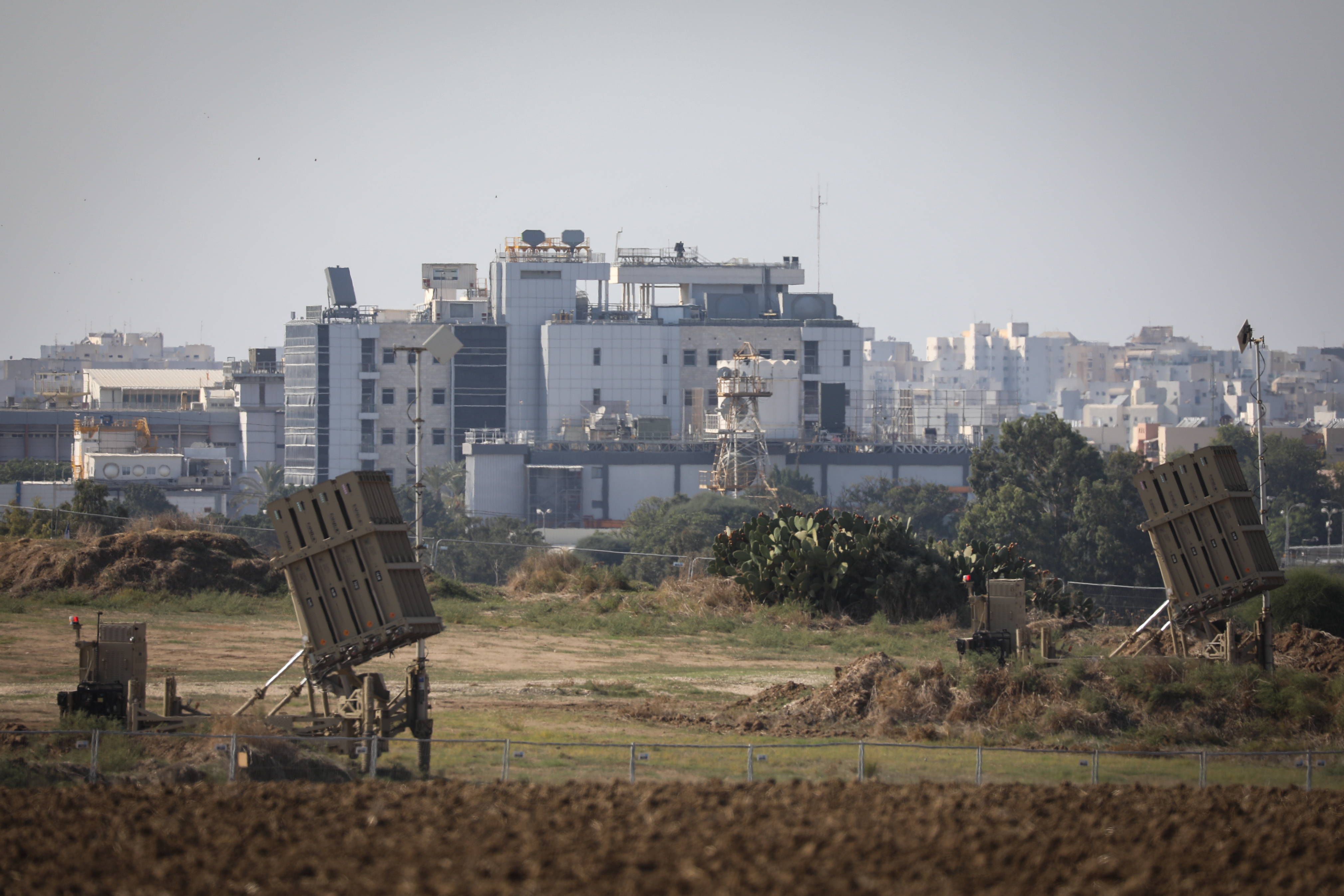 Lt. G., another squadron member, noted that “there is a sense of catharsis after missions like that,” but added that the knowledge that an innocent party—in this case Ata’s wife—was also killed made dealing with the aftermath of the mission more complex.

“Sometimes, eliminating a terrorist like this comes with a price, and it is up to the decision-makers to determine what price Israel is willing to pay. We follow the principle of proportionality, try to be as humane as possible and minimize harm as much as possible. It’s not a computer game and it’s not easy for anyone to do these things. You decide people’s fate and you are fully aware of the meaning of what you do, ” said G.

Lt. Col. R., who as commander of the IAF’s UAV Operators School and a former commander of an operational squadron has dozens of drone missions under his belt, agrees.

“We may not be on the battlefield physically, but we do see it up close. The image we see [in the command center] allows us to clearly distinguish terrorist from civilian.”

According to A., “It was clear to all of us that without Ata around, the sector will be far less agitated. This is why this was a significant mission and there is no doubt it saved Israeli lives.”

The post A glimpse into the Israeli Air Force’s ‘Operation Black Belt’ appeared first on JNS.org.