An insider’s look at Israel’s next satellite: A ‘smartphone in space’

22% of hate crimes in Europe in 2019 were against Jews, report shows

Thanksgiving was established during an American crisis. Then and now, Judaism teaches us to be grateful.

There’s a hunger crisis in America. Jews must push our leaders to act.

An international research group from Israel and Scotland has reported in Nature Cancer a breakthrough that may influence the treatment of metastatic leukemia spreading to the brain. The researchers include hematological-oncological experts from Schneider Children’s Medical Center and Tel Aviv University, as well as scientists from the Technion-Israel Institute of Technology and the University of Glasgow.

Their research focuses on acute lymphoblastic leukemia (ALL), the most common type of cancer among children. Although recovery rates for this disease are relatively high, the treatment is harsh and accompanied by numerous side effects that can persist years after the patient is cured. Since one of the main risks of ALL is that the cancer will metastasize to the brain, children diagnosed with this disease receive a prophylactic treatment that protects the brain from metastasized cells.

Currently, this treatment consists of injecting chemotherapy drugs into the spinal fluid and sometimes also radiation to the skull, which carries the risk of side effects for damaged brain function since these chemotherapy drugs also harm healthy brain cells.

For this reason, a worldwide effort is underway to develop more selective treatments that will only affect the leukemia cells and not the brain cells. Research reveals for the first time that the solution lies in fatty acids, an essential resource for cells, including leukemia cells. Leukemia cells obtain sufficient fatty acids in the bone marrow and blood, but when they travel to the brain in a metastatic process, they reach an area that is very poor in such acids.

According to the recently published research, in order to continue to thrive and flourish in the brain, the ALL cells develop an ability to produce fatty acids on their own.

Based on these findings, the researchers infer that treating the patient with drugs that block the production of fatty acids will prevent the leukemia cells from producing these acids, and thereby “starve” them and stop them from flourishing in the brain. The use of such drugs in mice has stopped the spread of metastatic leukemia to their brains. 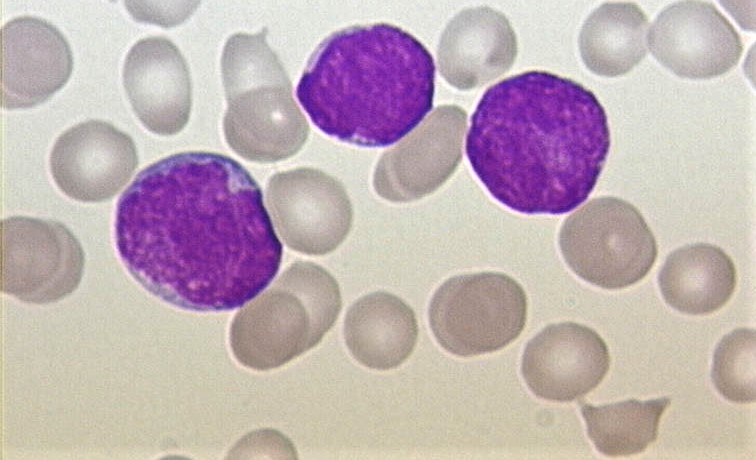 The drugs used in the current research are still being developed and therefore not yet approved for use in humans. However, the research findings provide hope for a more precise treatment that will most likely be less toxic for preventing the spread of leukemia to the brain.

The work was carried out by three young female scientists: Dr. Angela Maria Savino from Professor Shai Izraeli’s lab in the Department of Hematology-Oncology at the Schneider Children’s Medical Center, part of the Clalit Group, and the Department of Human Molecular Genetics and Biochemistry at Tel Aviv University’s Sackler Faculty of Medicine; Sara Isabel Fernandes (a Ph.D. student) from the lab of Professor Eyal Gottlieb from the Rappaport Institute and Rappaport Faculty of Medicine at the Technion-Israel Institute of Technology; and Dr. Orianne Olivares from the lab of Professor Christina Halsey at the Wolfson Wohl Cancer Research Centre at the University of Glasgow.

Part of the research was also carried out in the lab of Professor Michael Kharas at Memorial Sloan Kettering Cancer Center in New York.

The discovery is also relevant for several other types of cancer in children and adults since most mortalities are not caused by the primary tumor, but by the spread of metastasized cells to distant organs. This research, which demonstrates that cancer cells adapt to the organs to which they spread, paves the way for biological treatments that block these adaptation mechanisms, thereby stopping the cancer cells from metastasizing.

The post Breakthrough in research could influence treatment of leukemia spreading to brain appeared first on JNS.org.