A world-famous rabbi, a popular assistant and a succession crisis: Inside the rupture at Park East Synagogue

Jay Black of ‘Jay and The Americans’ dies at 82

As Broadway returns, here are 7 Jewish reasons to head back to the theater

One of the chief engineers involved in the creation and post-launch supervision of the moon-bound Israeli spacecraft “Beresheet” is a Chabad-Lubavitch Chassid who overcame Soviet oppression and anti-Semitism to play a leading role in Israel’s public and private space programs.

Mathematician and engineer Alexander Friedman, 68, currently enjoys the freedoms and high accolades of a noted Israeli rocket scientist, but was once part of a Soviet-era family forced to pray in silence for fear the neighbors would turn them in.

His father, Zalman, a combat engineering officer in the Soviet army, was jailed for Jewish activism just before his son was born, accused with dozens of other Jews and fellow Chabad contemporaries of collecting money to smuggle Jews to Israel. He was sentenced to labor camp in Kazakhstan for seven years. As a result, father and son didn’t meet until Alexander was 7. With the help of doctors’ notes, the boy would feign sickness to avoid having to attend school on Shabbat, one of the many other tactics the family used to persevere in their practice of Judaism. 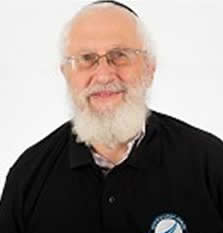 Alexander, his mother, Dina, a medical secretary, and his grandparents lived in a two-room virtually mud and straw hut without internal plumbing in Moscow, awaiting the father’s return. One of the young Friedman’s fond memories was hearing his grandfather’s sing-song voice reciting Psalms early in the morning.

This was the way of life for many Jews in Soviet Russia, whose lives were subject to even greater scrutiny and hardship once they revealed they wanted to leave Russia, as was the case with the Friedman family. When Friedman reached college age, Soviet oppression and anti-Semitism would prevent him from his first wish: becoming a physicist. Because of his family’s Jewish activism, he was prevented from enrolling in a university physics program and redirected himself to mathematics.

From immigrant to directing a control room of 25 scientists

The Friedman family was permitted to leave Russia in 1970 and immigrated to Israel with thousands of other refuseniks. At the age of 20, Friedman enlisted in a selective division of the Israeli Defense Forces and later entered the space program.

A graduate with a master’s degree in applied mathematics from Hebrew University and with more than 35 years of experience in satellite design, he is the systems-engineering manager and control room director among some 25 scientists monitoring the moon launch from the ground.

Just before the space launch, Friedman, a father of seven and grandfather of 21 who lives in Nof Ayalon in the center of Israel, commented about what he felt was exceptionally momentous about his involvement in the project. 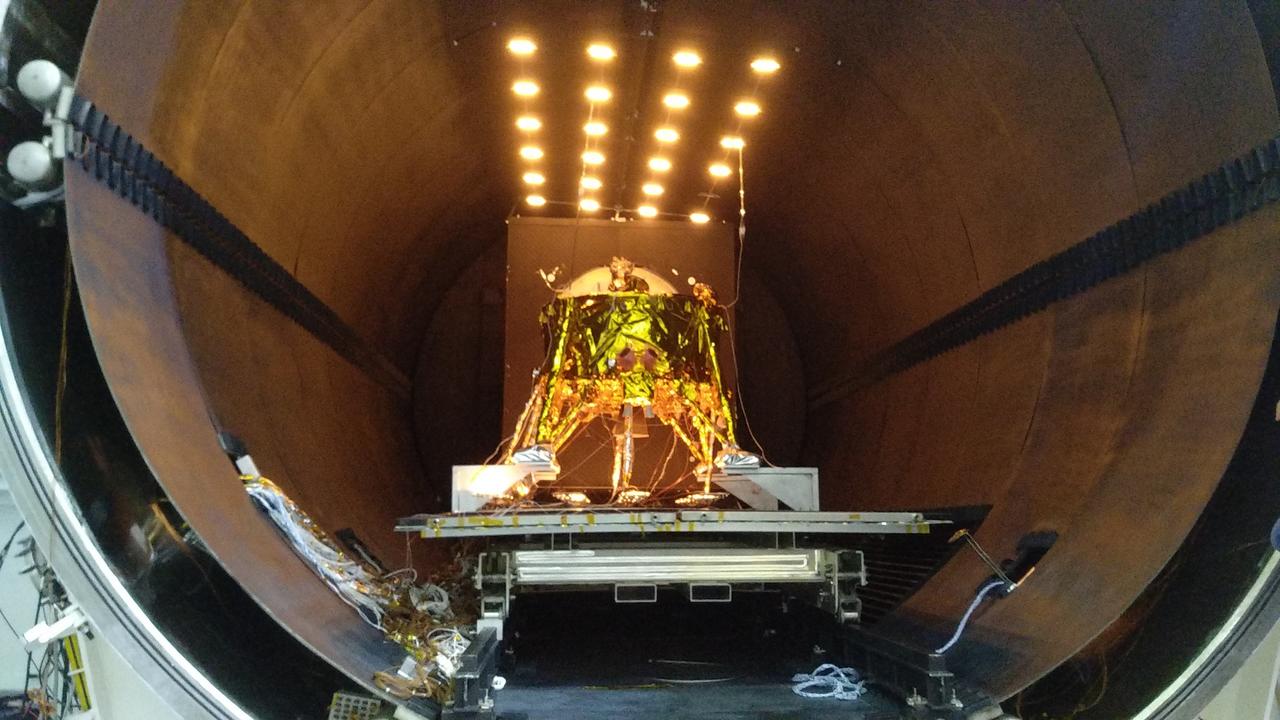 Israel sent a time capsule along with an Israeli spacecraft on the Jewish state’s first mission to the moon, which was launched from Cape Canaveral, Fla., on Feb. 21, 2019. Photo by Yoav Weiss.

“This is an inspiring event,” Friedman said via social-media post. “For me, it is also the closing of a personal and national circle.”

“The boy from Russia who was not accepted to study physics because he was a Jew is now part of a team that is sending off a spacecraft containing a disk with the entire Hebrew Bible scanned onto it.”

A time capsule was loaded onto the unmanned craft containing various Jewish artifacts, including a digitally encoded Tanach, an acronym that refers to the Five Books of Moses, the Holy Writings and the words of the Prophets. Another key inclusion was a digital Chitas, a compilation of the Chumash (Five Books of Moses), the Tanya (the foundational work of Chabad Chassidus) and Tehillim (Book of Psalms).

Friedman expounded on what it has been like to be a serious Torah-observant Jew and an equally serious rocket scientist throughout his career, claiming in the end to have exceptional role models. 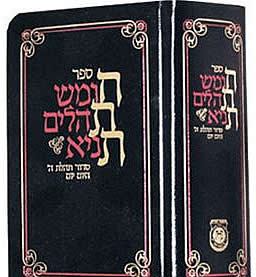 A digitally encoded Chitas (Chumash, Tehlillim, Tanya) is part of the payload being delivered to the moon. Credit: Chabad.org/News.

“Maimonides was a doctor and an astronomer and the Lubavitcher Rebbe [Rabbi Menachem Mendel Schneerson] studied electrical engineering, mathematics and physics,” he noted. Regarding being surrounded in the program largely by non-practicing Jews, “As long as everything is done with mutual respect and acceptance of the other, there should be no problem,” he told Kfar Chabad magazine. “I feel like a shaliach [emissary]. Like the Rebbe always said, a Jew should be an emissary in every place that he is.”

If the spacecraft in fact overcomes all obstacles after more than a month of orbiting the Earth and then the moon before its scheduled touch down on April 11, it will make Israel the fourth country to land on the moon, after the United States, Russia and China.

The first privately funded moon-landing project, which was created by startup company SpaceIL and later supported by Israel Aerospace Industries, has as its main goal discovering more about the moon’s magnetic fields through a study of its rocks.

The four-legged spacecraft, 180 kilograms and approximately the size of a washing machine, lifted off on Feb. 21 from Cape Canaveral, Fla. The craft was hitched atop a Falcon 9 rocket from the private U.S.-based SpaceX company of entrepreneur Elon Musk.

Friedman had a prayer composed for the success of the mission, which expressed the hope that G‑d should “lead our spacecraft to peace and bring it to peace, and save it from all sorts of malfunctions, and allow us to see it reach the moon in peace. And may You bring it back in happiness and in peace.”

This article originally appeared on Chabad.org/News.