Can combined Christian-Jewish vote pack a punch for Trump?

US to extend bilateral agreements with Israel into Judea and Samaria, Golan

Joe Biden: 2 years after the Tree of Life shooting, the world feels dark. We must be the light.

Amy Klein thought she had a hard time with infertility, having gone through 10 doctors, nine rounds of IVF in three countries and four miscarriages. But she thinks it’s nothing compared to what aspiring mothers are going through now with the coronavirus pandemic.

“I can’t imagine what it’s like to put fertility treatments on hold,” says Klein, author of the new book The Trying Game: Get Through Fertility Treatment and Get Pregnant Without Losing Your Mind,” which is based on her popular “Fertility Diary” series in The New York Times.

Recently named as Hadassah’s Ambassador for “Reconceiving Infertility,” their new infertility initiative, in time for National Infertility Awareness Week (April 19-25), Klein has had to push off—or completely halt—her multi-city book tour due to the pandemic, as well as even the thought of trying for a second child.

“People are saying there’s going to be a baby boom because couples are at home, so what are you going to do aside from have sex? But if you’re high-risk or going through fertility treatment, or if you’ve had a baby and you know you’ll be hospitalized, you shouldn’t be taxing the health services right now,” she said. 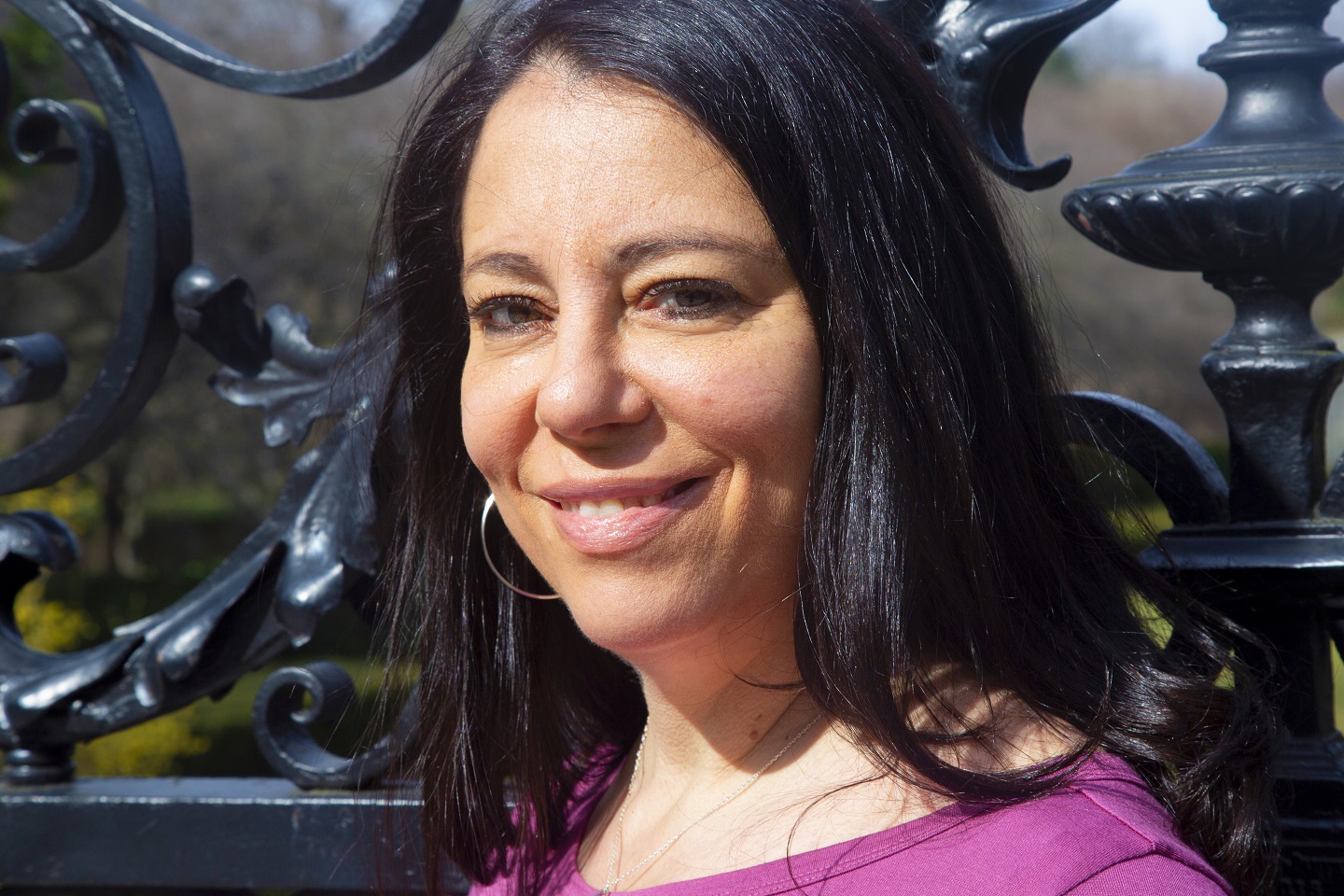 Amy Klein, author of the new book The Trying Game: Get Through Fertility Treatment and Get Pregnant Without Losing Your Mind.” Credit: Courtesy.

In the United States, the American Society for Reproductive Medicine (ASRM) has recommended that fertility clinics suspend all non-urgent treatments. So while lockdowns are believed to be saving lives, some potential new ones will have to wait until they’re are lifted, including in Israel, where procreation is considered such a national priority that the socialized health-care system offers Israeli citizens among most generous fertility package in the world, including free IUI (intra-uterine insemination) and IVF (in-vitro fertilization) treatments for women up to the age of 45 for two children.

“There was guidance from the Health Ministry to halt all fertility treatments,” said Professor Shevach Friedler, a leading Israeli reproductive endocrinologist and former director of the Infertility and IVF Unit at Barzilai Medical Center. “All the IVF departments are temporarily closed. So there are no fertility treatments, just pregnancy follow-up.”

The March 23 guidance did not apply to women already in the middle of treatment cycle, which usually involves hormonal injections over the course of 10 to 14 days to stimulate egg production. Fertility treatments fall into the category of elective procedures that should be suspended to free up resources for the pandemic. One of Friedler’s patients, a 44-year-old woman, is unsure that she’ll make it before the cut-off age.

“It’s drastic for older women for whom every month counts for their chances for fertility,” he said.

Such is the case with Galit (who for privacy reasons requested that her name not be used), a 44-year-old New Yorker who embarked on her journey to become a single mother last year, believing that it was “now or never.”

Her March IVF treatment, however, was halted. She is now in talks with her clinic to consider freezing embryos to preserve them for transfer at a later date. Women requiring urgent treatments, like those with cancer or diminished ovarian reserve, are given some leeway. Because she is 44 and near the end of her natural fertility, her treatment might be considered “urgent.”

Galit has experienced firsthand the complications caused by the coronavirus; her clinic limited operations when she learned, after the fact, of her own prior exposure to a colleague who later tested positive for COVID-19.

“I’m going to do it if I can,” she said. “I know I’m putting myself and maybe others at risk, but in this situation, I don’t have the time to be putting everyone else’s needs above mine. But even as I say those words, the Jewish guilt is in my head.”

She’ll take utmost precautions, she insisted, including opting out of public transpiration to reach her clinic. 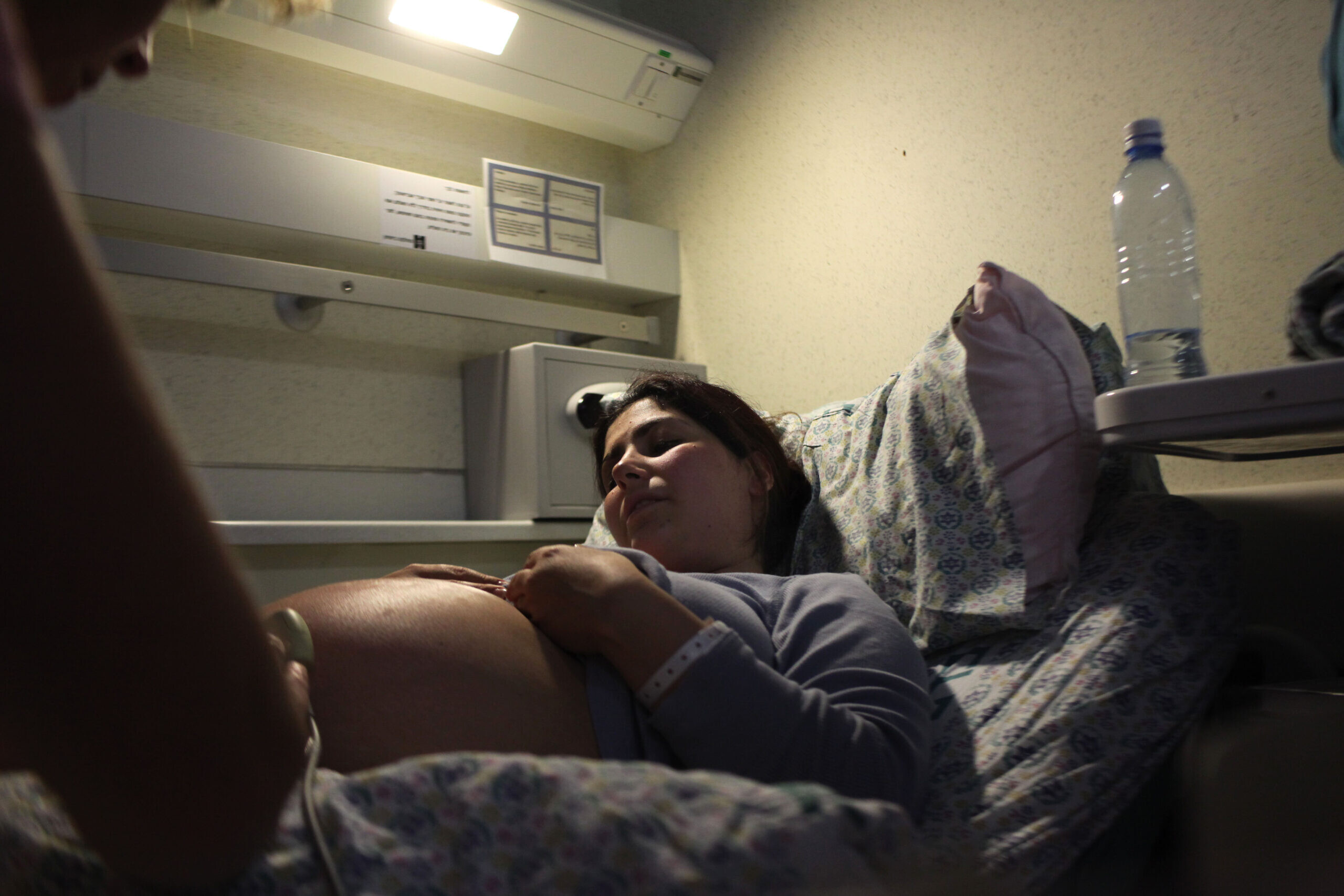 A nurse put a monitor to check the baby’s heartbeat, to a woman who about to give birth in a delivery room at the Hadassah Ein Kerem hospital in Jerusalem. Photo by Kobi Gideon / Flash90.

Orthodox Jewish women face an added roadblock to conceiving. Women in quarantine, women who exhibit any COVID-19 symptoms, or those who may have been exposed to the virus may have to forego the monthly rite of dipping into the mikvah, the Jewish ritual bath where Orthodox women immerse themselves after menstruation in order to resume sexual relations with their husbands, and by extension, to get pregnant.

“Most mikvahs are requiring appointments and preparation procedures at home to further reduce time spent in the building, in compliance with social-distancing and CDC guidelines,” said Gila Block, co-founder and executive of YeshTikva (defined as “There Is Hope”), a Los Angeles-based nonprofit that supports Jewish couples and women struggling to conceive.

At the Los Angeles Mikvah, for example, women must take their temperature before entering, along with other new guidelines. Other mikvahs in the United States have closed their doors temporarily during the pandemic.

Chabad, the worldwide Chassidic Jewish outreach and educational organization, sent out a message to women outlining safety guidelines for mikvah use, recognizing the centrality of this ritual to Jewish family life and the sacrifice women make by refraining from it.

Even couples and women without fertility challenges may be in no rush to conceive. The American College of Obstetricians and Gynecologists have cautioned women against getting pregnant during this time. Pregnant women are considered an at-risk population, and there are no conclusive studies on the effects of COVID on a fetus.

To help couples cope with the added stress (repetitious), YeshTikva, noted Block, has increased the number of emotional support groups it offers. She also pointed out that “making a joke about a corona baby boom is insensitive for people who are struggling and not accurate for people who are trying.”

Klein has encountered immense disappointment among couples or singles on fertility forums where she often serves as an informal guide.

“Imagine if you’re going through fertility treatment and they tell you to stop, and you have to watch people complaining about being at home with their kids. One woman told me: ‘I had a miscarriage a month ago, and I’d give anything to be at home with a baby right now.’ ”

The post Corona baby boom? Not for many who want a baby the most appeared first on JNS.org.