In yet another media move, ‘Jewish Insider’ acquires ‘eJewish Philanthropy’

Honoring the Japanese diplomat who saved thousands of Jews from Holocaust

Acting US ambassador to UN: PLO mission to be reopened

Senate confirms Tony Blinken as US secretary of state

Some Democratic lawmakers, including Joaquin Castro and Rashida Tlaib, criticize Israel on vaccines for Palestinians

At 87, activist rabbi Arthur Waskow is still protesting — and still getting arrested

Eugene Levin’s connection to Latvia keeps getting deeper and more personal. A native of the Eastern European nation, he is making a documentary about a little-known chapter in history where Latvia “closed its eyes” and allowed Jews to be murdered by Germans and fellow countrymen.

Levin, a Boston-area ultrasound technician, came to the United States in 1989. He learned a great deal about the Latvian Holocaust experience from his grandfather, who died in 2013 at the age of 93. “He was the only survivor of 19 in his family,” reports Levin. “He lost everything. He owned seven houses, which we tried to get back. He was ignored and footballed. He got nothing.”

Levin goes back to Latvia once a year “to visit the mass graves of the Jews.” On a 2012 trip, he noticed what he describes as “a monument 15 feet away from the mass graves of the Jews, written on granite with gold letters, with the inscription: ‘Monument to the Existence of the Jews.’ ” The memorial might have been considered a fitting tribute had Leven not delved further to uncover a more complex story of Latvian involvement in the murder of the Jews and of Latvian/German collaboration.

Levin recounts the history of the Russians and Germans in Latvia, and of the local Latvians during World War II. He notes that the Russians occupied Latvia in 1940. 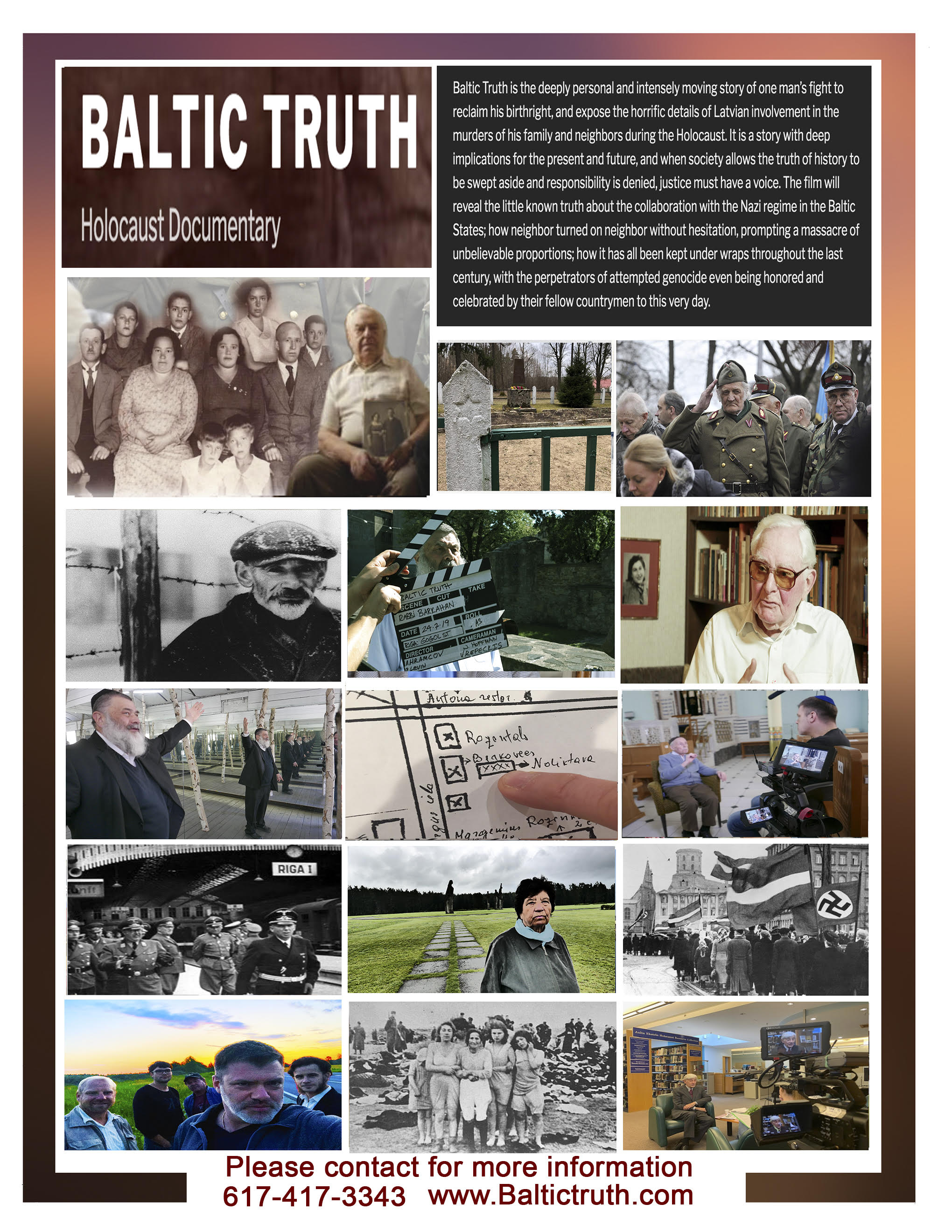 “The Russians took all the property of the Jews, and then one year later, the local Latvians killed all the Jews. By 1942, most of the Jews were wiped out. And the Latvian state received all of the Jewish property and justified it.”

Levin then describes the relationship between the Russians, Latvians and Germans. “The Latvians here were fighting on the German side against the Soviet Occupation and against the Russians. The Germans are treated like heroes. There is even a SS Waffen Parade every March 16 in Riga—this goes back 25 years!” Levin is most disturbed that the Latvians have “closed their eyes on the history of these people.”

He now wants to share this story with a wider audience, believing that his grandfather is “a small example of a bigger picture.” He has teamed up with veteran Hollywood filmmaker, producer and cinematographer Jeffrey Hoffman. The two met quite serendipitously when Hoffman was working on”4 Million Bullets: The Untold Fight for Survival,” a documentary about Israel’s War of Independence

Hoffman says, “I noticed a Porsche Cayenne with an Israeli flag sitting outside of a doctors’ office. It was ballsy. I had to meet this guy!” And so he left a note on the windshield.

Levin called, and the two met. “Eugene tells me the story of his grandfather in the Baltics,” recalls Hoffman. “It was fascinating. I told him, ‘You are an ultrasound tech with no idea how to make a movie.’ ” 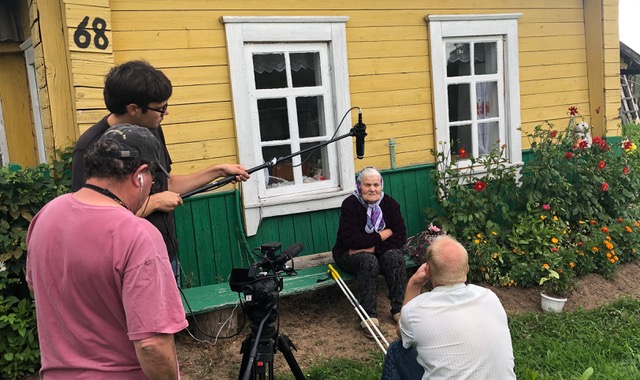 ‘Not apologizing for their crimes’

The two quickly teamed up and began working on the documentary film, “Baltic Truth.” Initial tasks included working with a scriptwriter in Riga; starting to raise money; and in the past six months, filming in Boston, Toronto, Latvia, Lithuania and Belarus. They have thus far interviewed historians, authors, politicians, professors and survivors.

“There are not many survivors,” laments Levin.

“One of our first interviews was with Ruta Vanagaite,” reports Levin with great excitement.  “We sat with her for four hours. She used to be a bestselling writer in Lithuania. When she found out that one of her family members was involved” in the aforementioned atrocities and wound up reporting that Lithuanians were an integral part of the Nazi killing machine, “she became a persona non grata.” 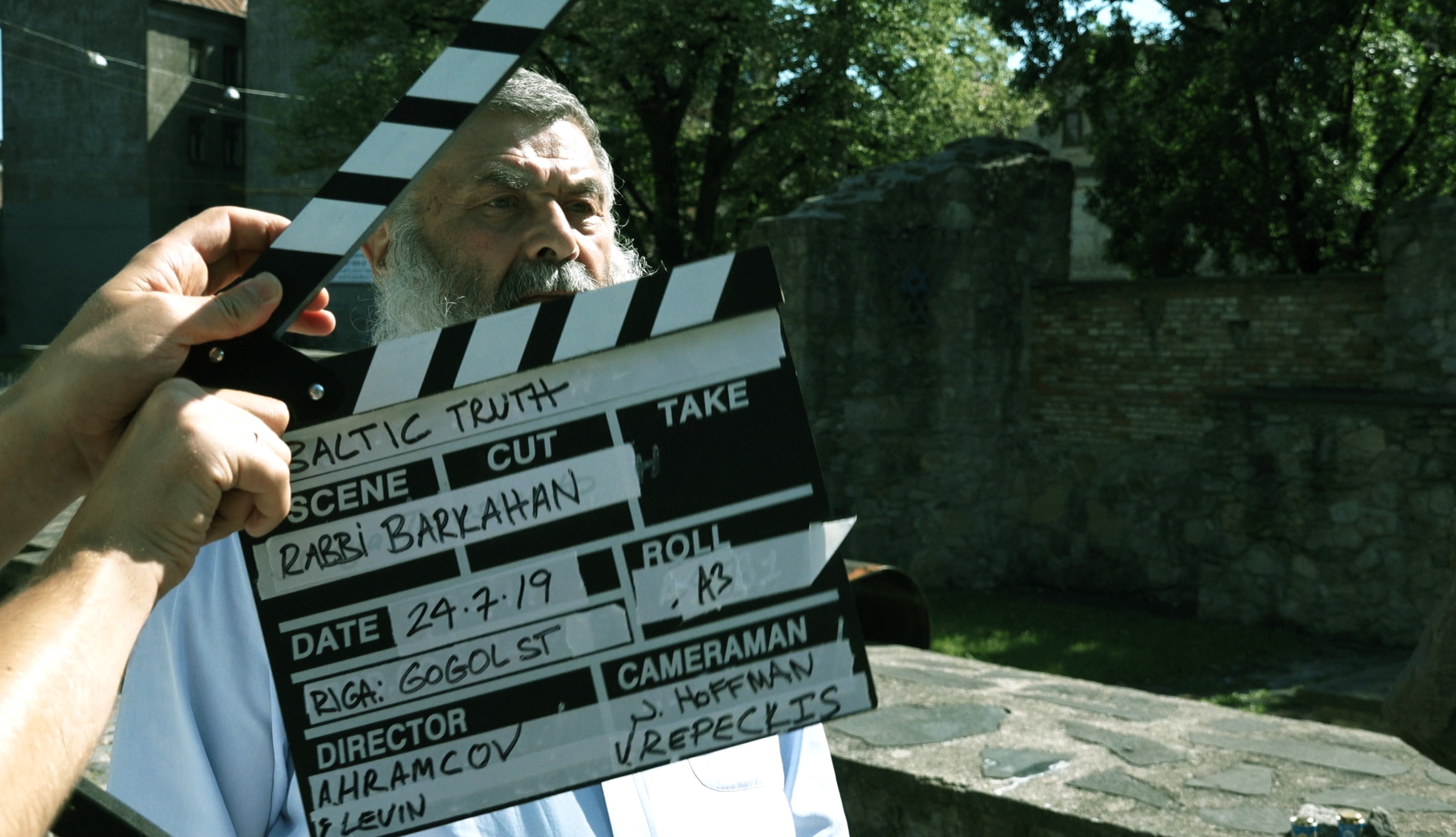 Levin notes that she used archives in her research, which was public information. “THIS is the Baltics today,” he says.

The team has visited the Ponary forest in Vilnius, where more than 100,000 people—mostly Jews, Poles and Russians—were executed by German SD and SS, and their Lithuanian collaborators, in what has been called the “Ponary massacre.”

“The Baltic States were independent during the war. Germany and Russia had a deal. They fought each other, (then) wiped out the Jews in the middle. The worst were the locals,” says Hoffman.

“In Lithuania, 230,000 Jews were killed in the first six months of the war by locals,” says Levin. “There are over 200 sites in Lithuania alone which are considered mass graves.”

Leven and Hoffman believe they have uncovered an important story that needs to be widely told. They feel that the story of the Lithuanians and Latvians—and their willingness to acknowledge what happened during the war—differs greatly from the story of the Germans.

“The Germans admit it, say they are sorry, and are trying to fix it. The Lithuanians and Latvians are so proud of their national history. They are rewriting it. They are not apologizing for their crimes,” says Levin.

He and Hoffman are working on a trailer for the film and are in the process of applying for additional funding through the Claims Conference Film Grants. They very reason they are making it, they explain, is that “today, national memorials to the murderers lie feet away from the graves of their victims. Today, glorification of so-called war ‘heroes’ with Jewish blood on their hands is in full swing across the Baltic States, where history is being rewritten and distorted.”

The post Digging up dirt on Latvian activities in World War II in ‘Baltic Truth’ appeared first on JNS.org.