Mayorkas, Garland and other US officials meet with Jewish groups to discuss synagogue security post-Colleyville

Netanyahu is considering a plea deal in his corruption cases that could bar him from politics for years, reports claim

‘English is not her first language’: Joss Whedon claims Gal Gadot’s accusations were a misunderstanding

It was evident that organizers had no idea how many people knew they had to be in at a particular park in Ra’anana, in central Israel, on Dec. 3 to dedicate a baseball field in the name of Ezra Schwartz. With every seat taken and a couple of hundred people on the sidelines, remarkably none of them—not even the youngest baby—bore any sign of impatience during the entire 50-minute ceremony.

Ezra was the kind of guy who inspired that kind of devotion.

Six years have passed since the day when the 18-year-old was attacked by a terrorist who opened fire with a submachine gun on Nov. 19, 2015, killing Schwartz and two others. Filled with students from Yeshivat Ashreinu in Beit Shemesh, their car was stopped in traffic at the Alon Shvut junction south of Jerusalem. The young men inside were on their way to beautify the park that serves as a memorial to three Israeli teenage boys who were kidnapped and killed the summer before.

But as the dazzling autumn sun smiled down on the proceedings—from young baseball enthusiasts with their mitts and balls at the ready and olim who hailed from Ezra’s hometown of Sharon, Mass., to American teens in Israel for their gap year and citizens of Ra’anana checking out the newest addition to their town’s recreation scene—everyone was there to celebrate Ezra’s life and legacy. That included his parents, Ari and Ruth Schwartz, who have four more children: Mollie, Avi, Elon and Hillel. 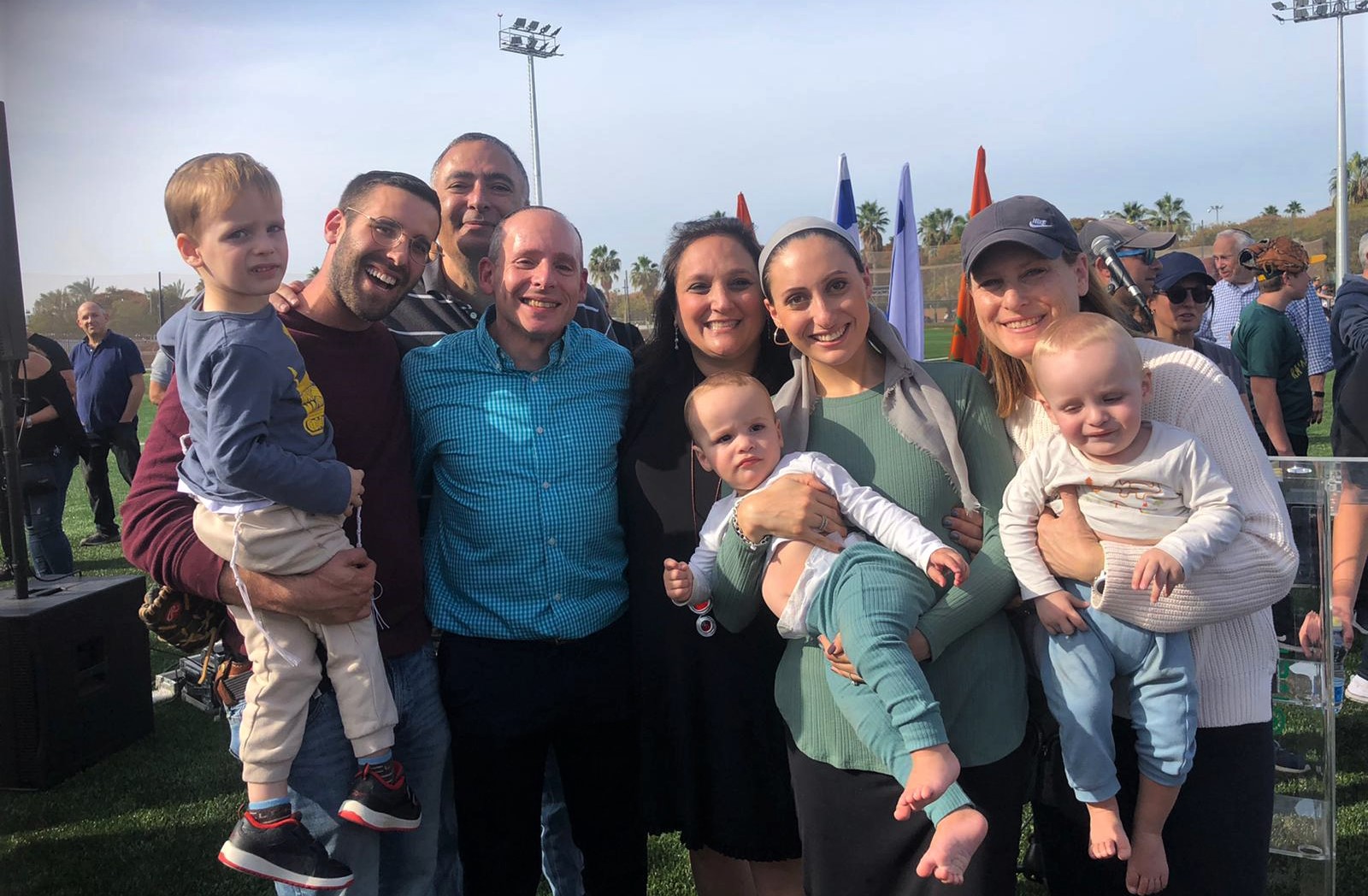 Little Ezra Schtauber (center), one of dozens of kids named for Ezra Schwartz, held by his mother, Aliza Schtauber (née Mor), who grew up in Sharon, Mass. Credit: Courtesy.

The Ezra Schwartz Memorial Baseball Field, a project of the Israel Association for Baseball (IAB), is only the second regulation baseball diamond in the country. And it’s no coincidence that this is the sport chosen to represent this particular young man. As his dad says, “Ezra lived the game, and he loved the game.”

So much so that the day before his death, Ezra had sent off an email to the IAB to ask to join the league; he’d been a star of the team at the Maimonides School in Brookline, Mass. Instead, a month later, when his parents flew in to meet with his rabbis and friends, the IAB suggested to them that a field be built and dedicated to their son’s memory.

‘When you lose someone, it leaves a hole’

It took six years for that vision to become real—years marked by bumps along the road, including a substantial pledge that failed to materialize.

The fundraising took time and perseverance with Ezra’s paternal grandparents, Mark and Heni Schwartz of New Haven, Conn., chipping away at a project that was eventually set at $500,000. With Ezra’s Uncle Yoav Schwartz managing the multi-year project of raising the money, it was an undertaking that would require the steadfast support of such partners as Mel Levi of the IAB, Ruby Schechter and David Levy. The Jewish National Fund filled the role of sending through donors’ contributions, and also on board was the Jewish fraternity AEPi, including the chapter at Rutgers University, which Ezra was scheduled to attend the following fall.

“So many people got behind this project because of Ezra’s endearing personality, his love of baseball and his love of life,” says Yoav Schwartz.

His wife, Ezra’s Aunt Pam Schwartz, puts it this way: “When you lose someone you love, it leaves a hole. For Yoav, this project has been a place to put all that love and all that missing into the hole left by Ezra.” 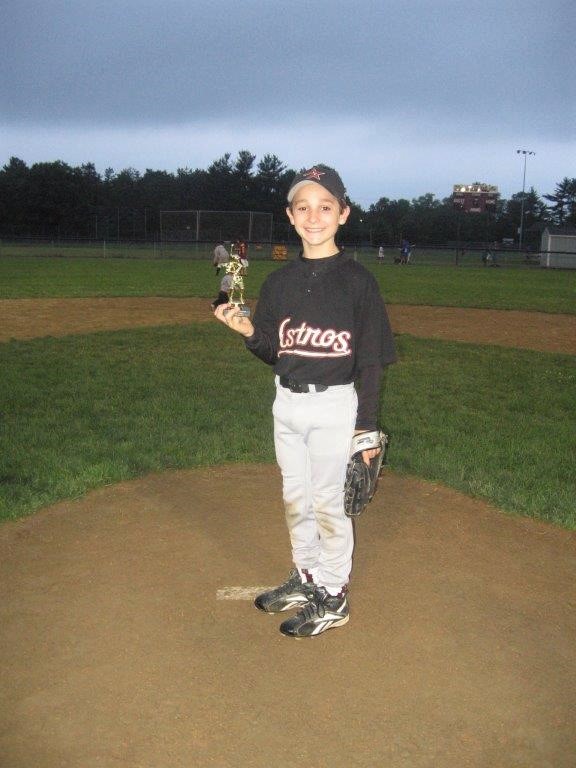 She notes that on Yom Hazikaron, when Israel mourns her fallen soldiers and victims of terror, Ezra doesn’t make the list since he wasn’t a citizen. “But we make sure we add his name to those announced here,” she says.

According to Peter Kurz of the IAB, the building of the baseball field corresponds with a surge in interest in the sport among new immigrants from the United States and native Israelis alike, with the latter beginning to make up the majority of enthusiasts, both players and fans.

“We’ve exploded from 500 players five years ago to 1,500 today,” says Kurz. “And this year, we’re going from one regulation diamond in Petach Tikvah to three—here in Ra’anana, and next month, one is opening in Beit Shemesh.”

Other signs of growth: Israel sent its first Olympic baseball team in 45 years to the recent games in Tokyo, where it came in fifth.

‘His legacy has expanded tremendously’

Among the many ways that Ezra is being memorialized is the annual Ezra Schwartz Baseball Tournament through his high school alma mater, as well as scholarships through Camp Yavneh in New Hampshire, where he was a longtime camper and later a beloved counselor.

Indeed, summer camp gave Ezra yet another excuse to share his passion for America’s favorite pastime. “I loved watching him play, and he loved that I loved watching him play,” says his dad. After his aunt cleaned out her nephew’s room in the yeshivah, she brought his mitt to his father during shiva—a mitt Ari Schwartz wore at the field dedication.

“Part of Ezra’s soul is in this glove, it was probably his most precious possession,” he said.

He further told those assembled: “I’m a better coach and certainly a better father because of him. I’m proud of how our other kids and my wife have dealt with our loss, proud of our community, and now I’m also proud that the kids of Israel who wanted to play but didn’t have a place will now be able to do so—and in Ezra’s name.” 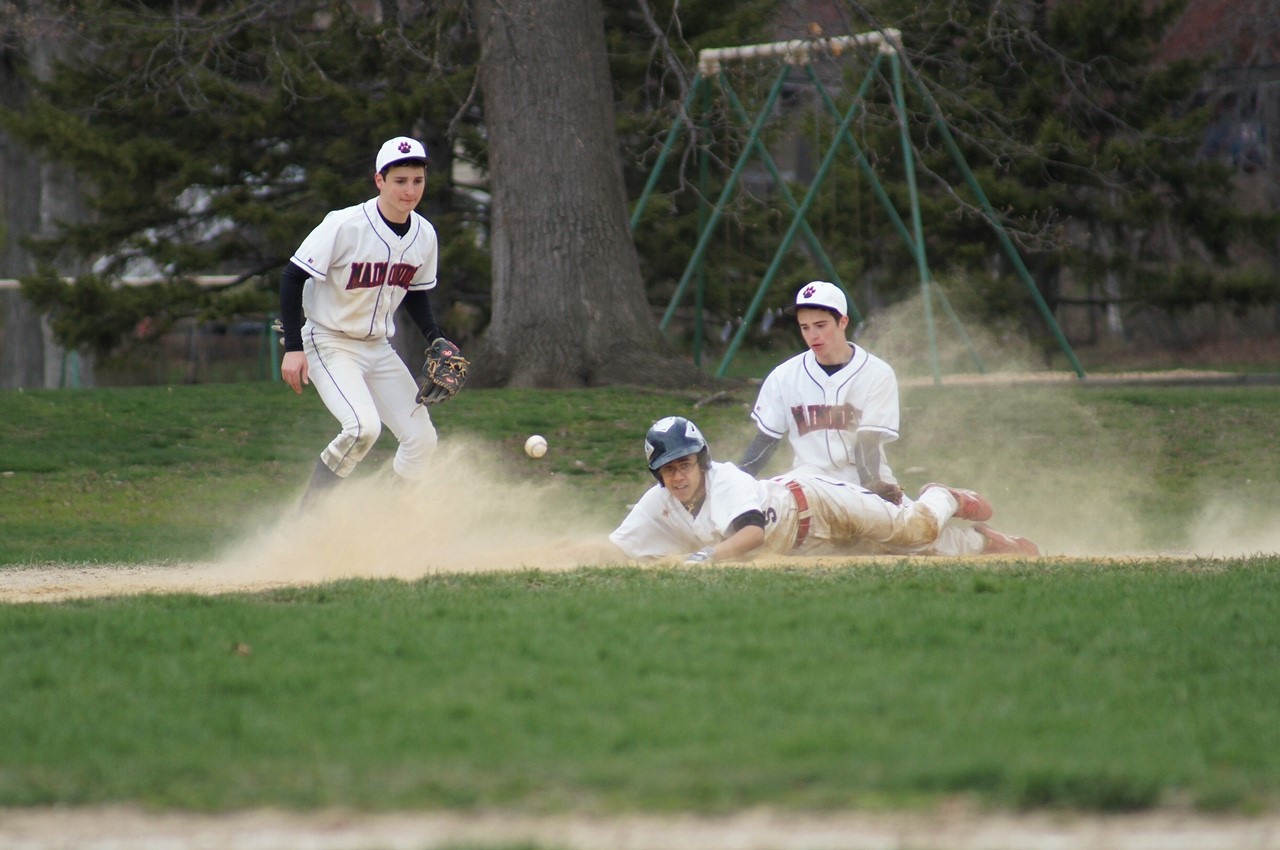 There are also now a growing number of living memorials to Ezra—a group of little ones named after him, at least 20 of whom the Schwartzes know about, and whose exuberance would no doubt please their namesake.

With his wife Sarah, Rabbi Noah Cheses, who took the leadership of the family’s congregation, Young Israel of Sharon shortly after Ezra’s death, was among those who named a son Ezra. Nearly five years ago, Cheses spoke these words at their newborn’s brit milah:

“Ezra was at his core an ozer, a ‘helper.’ He was a person who sized up any situation in terms of the needs that others had and how he could help address those needs. We want our son to be, at his core, a helper—someone who can be counted upon to lend a hand, to pitch in without being asked to do so. Our goal in choosing this name is to make a statement about our hopes and dreams for our little guy.”

The rabbi then had a vision: “We hope that all these Ezras, when they get to Israel in 18 years and their friends ask, ‘Why is everyone from Boston named Ezra?’ they will make a trip to the place where Ezra helped out and will say to their friends: ‘This is why we are called Ezra. Here walked a young man who was a uniquely caring friend. We carry his name and his legacy.’ ”

That personal style impressed Noam Traum, who was a child growing up next door to the Schwartz family when Ezra was killed. “He was so much older than me, but he included me in every game,” says Noam, who is spending a gap year in Jerusalem and was on hand at the ceremony. “He never left us little kids out.”

Indeed, his Aunt Pam said when Ezra would drop by their Ra’anana home for a visit, and afterwards, she’d thank him for spending so much time with his little cousins, he’d always say: “But that’s why I came.”

Now the children of Ra’anana are included in that spirit. “This field is a testament to who Ezra was; it’s a bridge between our new olim and the other Israeli families who are learning what baseball is all about, and between Ezra and his family, and the families in Ra’anana,” Mayor Chaim Broyde told JNS. “When I met his family, I felt their pain, and I knew this field was the right thing to do. With all the work that went into it, this field and baseball are Ezra’s legacy, and they will always tie us together.” 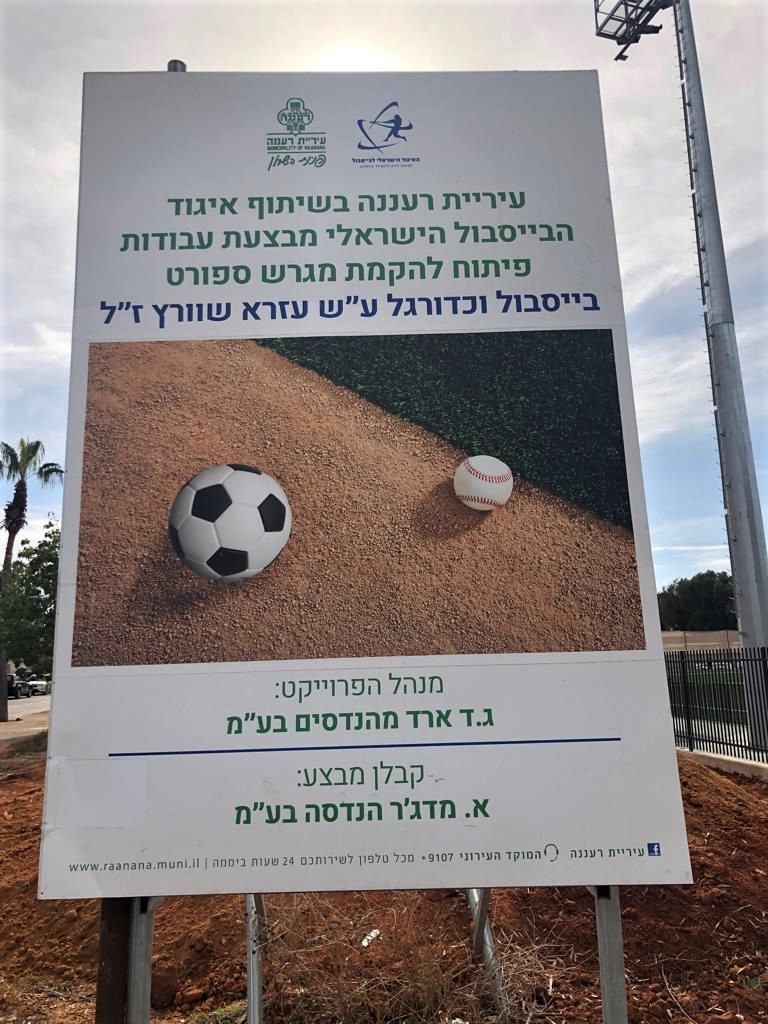 “Baseball is so familiar to our kids, and having it here makes them feel very much at home,” says Justin Pozmanter, a coach of the local Cadets baseball team, who four years ago made aliyah with his family from outside Washington, D.C. “It’s wonderful to now have an official baseball diamond for our kids and for the Israeli kids, too. It really brings the two groups together.”

Ezra’s mother hopes that her son’s philosophy transmits to the new Israeli players.

“Some kids have tantrums on the field when the game doesn’t go their way,” says Ruth Schwartz. “But Ezra never did. He was always calm and confident. And not only do all his brothers and sister play the game because of him, but today, his legacy has expanded tremendously, right here on this field. We hope every child who plays baseball here will feel Ezra’s cool, calm support and his love of baseball.”

“There’s no better way to keep his spirit alive than this,” adds his father. “Yes, I wish we could have one more catch, but this field is Ezra’s gift to every kid who will ever play here. A little spark of him will enter everyone who sets foot in this place that bears his name.”

Click here to learn more about the “Field for Ezra” project. 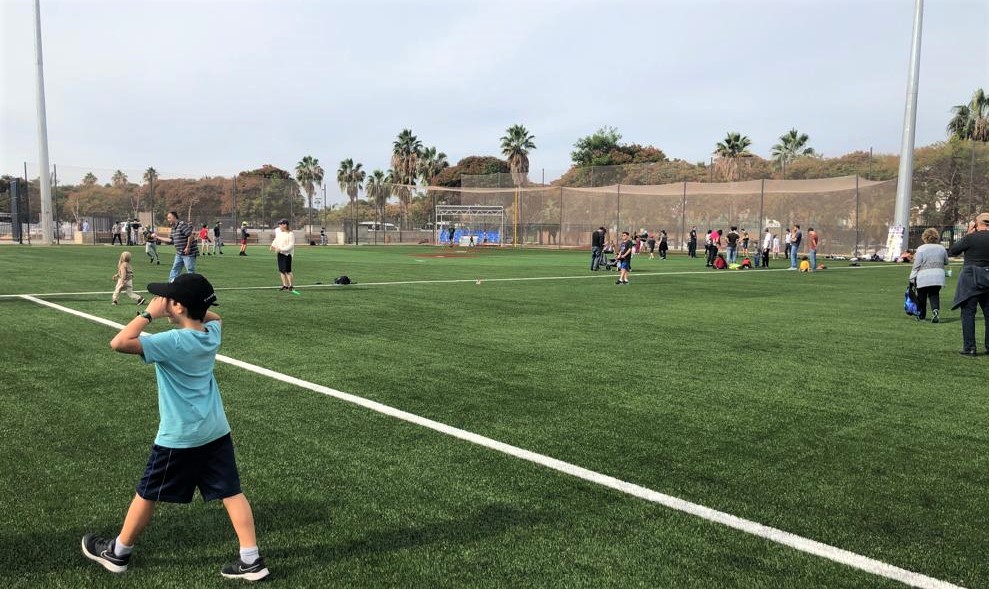 The post ‘If you build it, they will come’: Israeli baseball field for terror victim Ezra Schwartz appeared first on JNS.org.