Since hostilities began this week between Israel and Palestinian terror groups in the Gaza Strip, the Biden administration has maintained its firm support for Israel as it seeks to defend itself from the onslaught of rockets from the Gaza Strip.

U.S. President Joe Biden spoke with Israeli Prime Minister Benjamin Netanyahu on Wednesday, where he double-downed on his “unwavering support” for Israel’s security.

According to a readout of the call from the White House, Biden “condemned the rocket attacks by Hamas and other terrorist groups, including against Jerusalem and Tel Aviv.”

Furthermore, it said that the president “conveyed his unwavering support for Israel’s security and for Israel’s legitimate right to defend itself and its people, while protecting civilians.”

Biden backed up this stance again on Thursday, saying that he considers Israel’s response to Gaza rocket fire as proportionate.

“One of the things I’ve seen thus far is that there has not been a significant overreaction [by Israel],” he said.

U.S. Secretary of State Antony Blinken has also maintained this stance as well. Also telling Netanyahu that Israel has the “absolute” right to defend itself and while he urged for calm, he also drew a distinction between “a terrorist organization, Hamas, that is indiscriminately raining down rockets in fact targeting civilians, and Israel’s response, defending itself.”

Secretary of Defense Lloyd Austin also reiterated this in conversations with his Israeli counterpart, Israeli Defense Minister Benny Gantz, expressing his “ironclad” support for Israel’s right to defend itself. 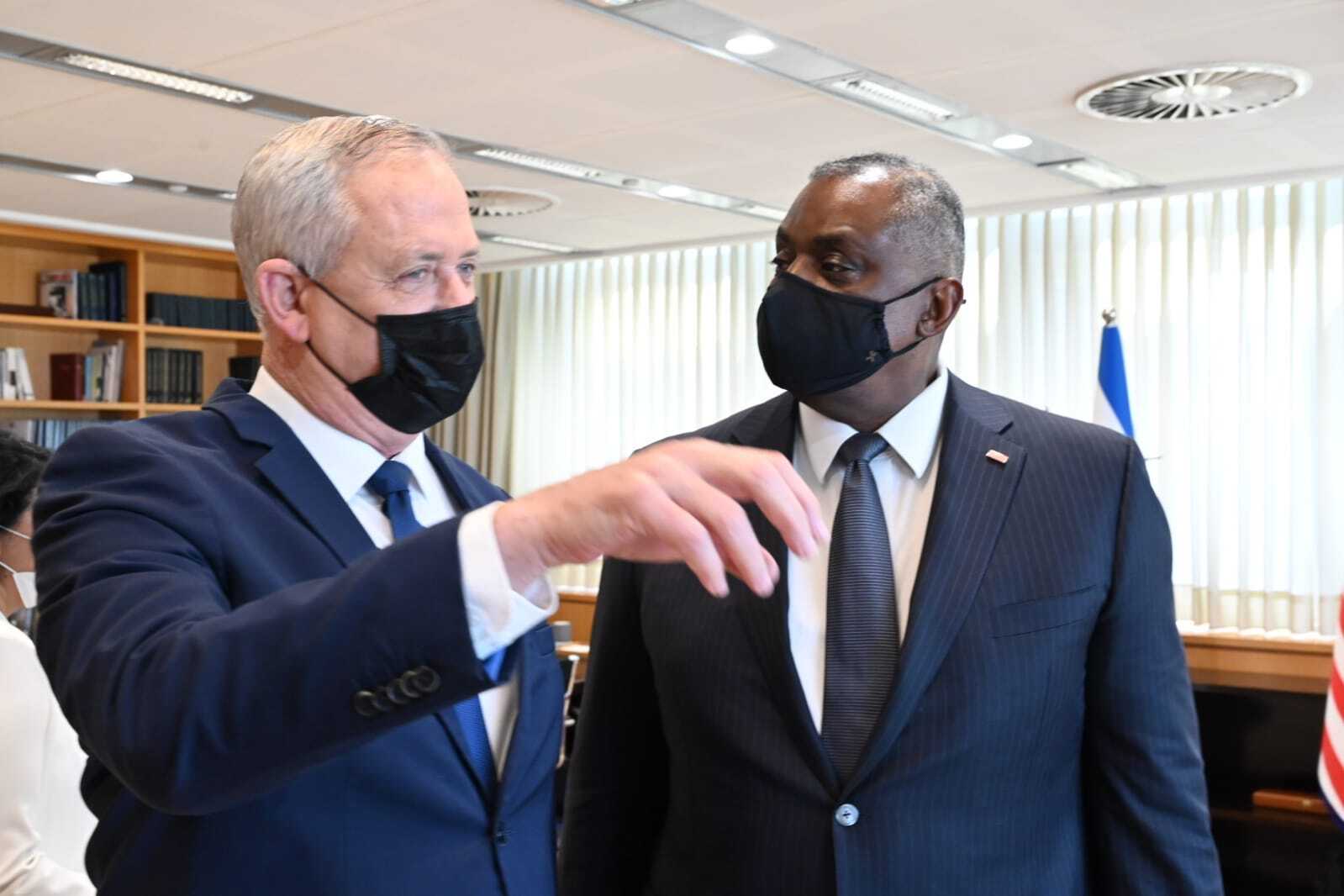 Internationally, the Biden administration has also so far backed up its pledge to defend Israel. It has so far blocked two U.N. Security Council statements on the Middle East conflict, deeming both attempts “not helpful” in de-escalating the situation and being too critical of Israel’s efforts.

Yet the Biden administration’s messaging appears to be out of step with some of the reactions emanating from others in the Democratic Party.

Unsurprisingly, progressive lawmakers from the so-called “Squad” have been the most vocal in their condemnation of Biden’s support for Israel.

Rep. Alexandria Ocasio-Cortez (D-N.Y.) tweeted that “blanket statements like these w/ little context or acknowledgment of what precipitated this cycle of violence—namely, the expulsions of Palestinians and attacks on Al-Aqsa—dehumanize Palestinians & imply the U.S. will look the other way at human rights violations. It’s wrong.”

Meanwhile, Rep. Mark Pocan (D-Wis.), joined by 25 other Democrats, wrote a letter to Blinken to pressure Israel to halt the “forced eviction” of Palestinians in the eastern Jerusalem neighborhoods of Sheikh Jarrah.

A swing among Democrats

Criticism of Israeli policies was not only limited to the far-left wing of the Democratic Party. Sen. Chris Coons (D-Del.), a close ally of Biden, while denouncing Hamas rockets fired on Israel also said that he “remains concerned about evictions in East Jerusalem, settlement expansion and home demolitions, unilateral actions that place a two-state solution further out of reach.”

Rep. Jerry Nadler (D-N.Y.), a Jewish lawmaker who has long been pro-Israel, also said that he views aggression by Israeli authorities as helping to trigger the recent round of violence.

“I remain deeply concerned by the violence in Jerusalem, including Israeli police violence, and I urge all parties to exercise restraints,” he said.

Even Rep. Ted Deutch (D-Fla.), usually among the most stalwart supporters of Israel in Congress, alluded to the clashes in Jerusalem in a statement.

“Jerusalem’s historic importance to multiple faiths must always be respected, particularly amid heightened tensions as events this week hold significant importance to both Israelis and Palestinians,” said Deutch. 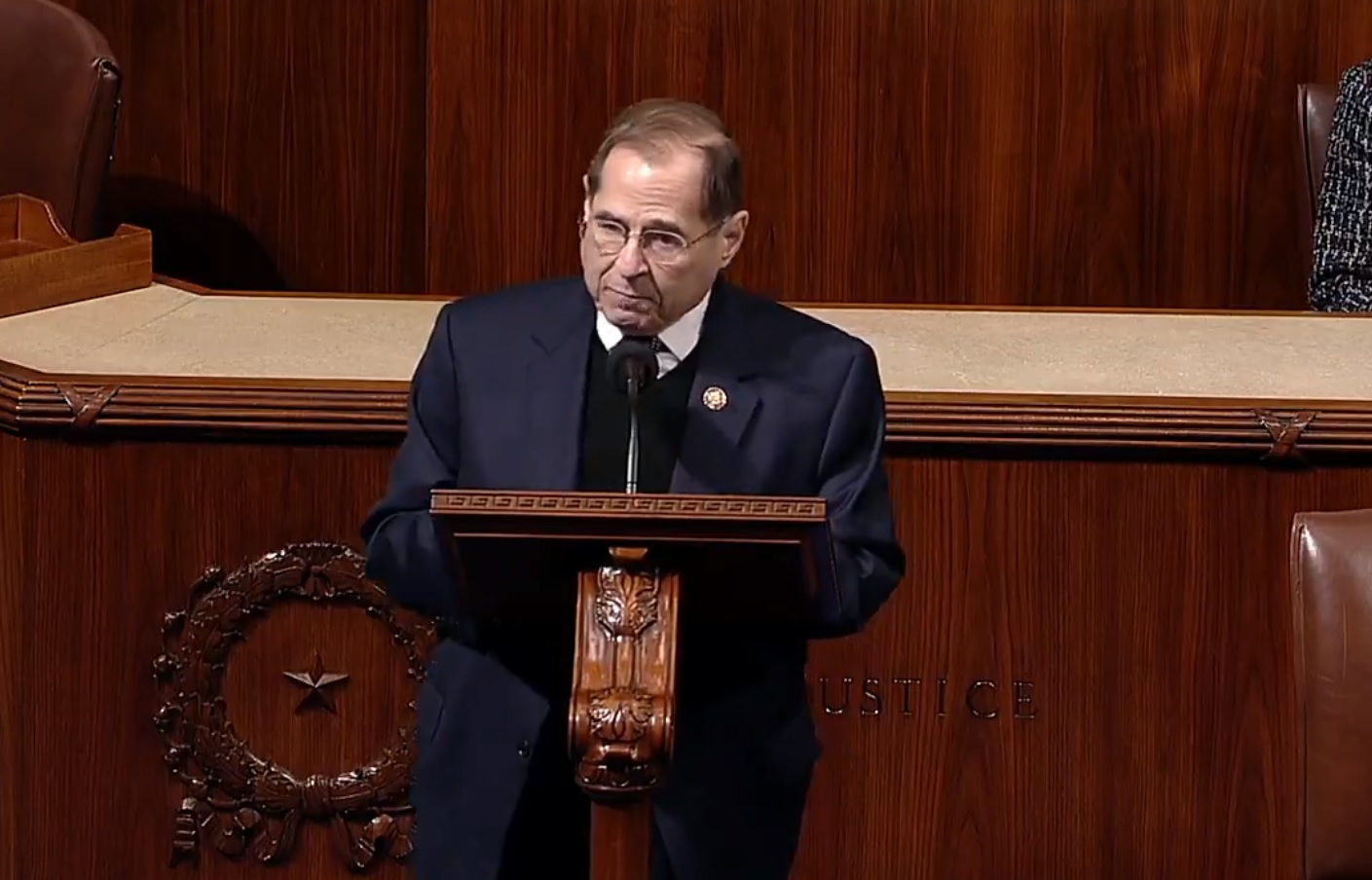 This shift even among pro-Israel Democratic lawmakers is backed up by recent polling that shows the swing among Democrats to a more critical stance on the Jewish state.

Indeed, a recent poll by Gallup showed that a majority of Democrats (53 percent) favor placing more pressure on Israel to make comprises to end the Israeli-Palestinian conflict. This is a 10 percent increase from 2018 and a 20-point jump from 2008. It also lines up with previous polling that shows that progressive Democrats are not sympathetic to Israel and strongly side with the Palestinians.

“Israel has a right to defend itself, but at the same time the administration needs to make sure we stand up for international law.”

Sen. Jeff Merkley (D-Ore.) has also raised concerns about Israel’s use of “disproportionate power.” While he has called Hamas’s firing of rockets into Israel as “unforgivable” he said that we “must reexamine how it deploys its disproportionate power, including its ongoing de facto annexation of Palestinian territory.”

Much of this criticism also appears to be tied to an effort among Democrats to revive a push towards a two-state solution, something that they contend has been moved further away during the Trump administration.

‘Our objective here is de-escalation’

For its part, the Biden administration has defended itself against accusations that it is being too one-sided with Israel.

On Tuesday, White House press secretary Jen Psaki told reporters that U.S. officials “have spoken candidly with Israeli officials about how evictions of Palestinian families who have lived for years, sometimes decades, in their homes and of demolitions of these homes work against our common interests in achieving a solution to the conflict.”

On Wednesday, she again said that U.S. officials continue to engage with Israeli and Palestinian leaders, as well as other regional governments.

“So our engagement is, a lot of it is happening privately through diplomatic channels,” she said, “and our objective here is de-escalation as we look to protecting the people in the region.” 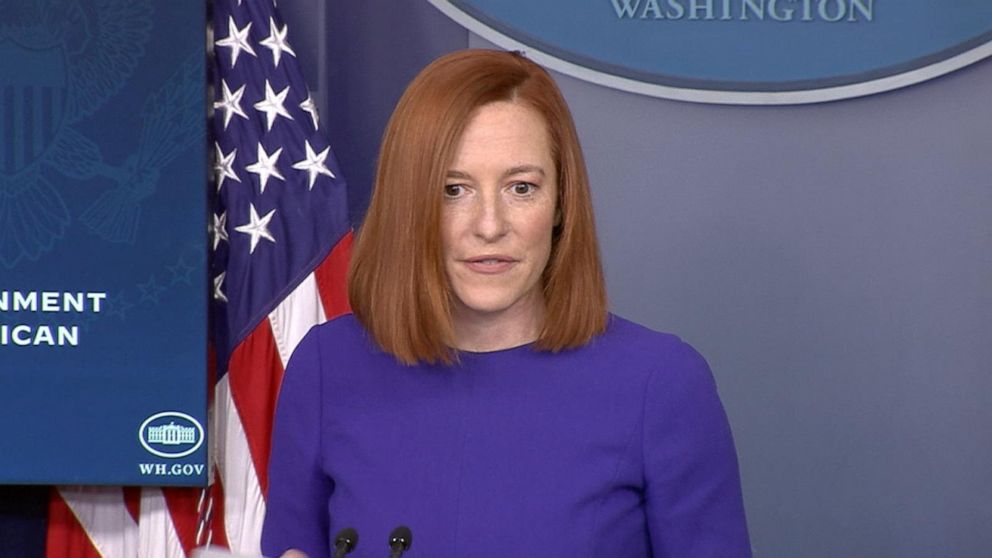 Blinken also announced that he would send Deputy Assistant Secretary of State Hady Amr to the region to meet with Israelis and Palestinians to help bring about calm, arriving there on Friday.

Amr, who previously served as U.S. Deputy Special Envoy for Israeli-Palestinian Negotiations from 2014 to 2017 during the Obama administration, has been accused of working with anti-Israel groups in the past. Earlier this year, he led the first contacts between the Biden administration and Palestinian Authority, and also played a role in helping the administration restore funding to the Palestinians.

Amr arrived in Israel on Friday. The U.S. embassy in Jerusalem, which tweeted a photo of Amr arriving, said the envoy aims to “reinforce the need to work toward a sustainable calm, recognizing Israel’s right to self-defense. Israelis and Palestinians deserve equal measures of freedom, security, dignity and prosperity.”

The post Is Biden at odds with rest of Democratic Party on Israel? appeared first on JNS.org.