Mark Zuckerberg and Priscilla Chan give $1.3 million to Jewish causes

For Mallorca’s Jews, their first ‘public’ sukkah is a triumph over the Spanish Inquisition

An inaugural conference was held in Jerusalem’s Knesset on Thursday to pay homage and discuss the strategic contributions made by lone soldiers in the Israel Defense Forces, while also addressing some of this community’s needs.

Currently, around 7,000 IDF troops, both young men and women, are defined as “lone soldiers,” arriving by themselves to serve in the army with no family in Israel to turn to for support. Some soldiers who already live in Israel, but are orphans or come from broken families, fall into this category as well.

The conference was organized by the Lone Soldier Center (LSC) in Memory of Michael Levin, with attendees and speakers including government ministers, members of Knesset, along with lone soldiers past and present.

Levin, a heroic lone soldier who made aliyah from Philadelphia in 2002, was killed in battle fighting against Hezbollah in Israel’s 2006 Second Lebanon War. The conference was held specifically on the week of Levin’s yahrzeit, marking 15 years since he fell while fulfilling his dream of defending the State of Israel in the IDF.

Levin had expressed his desire to establish a center to support lone soldiers before his passing. Three years later in 2009, the LSC was established in his memory with the mission per the organization’s website:

“To assist lone soldiers before, during and after their army service. We provide them with food, laundry, basic necessities, equipment, advice, seminars, social events, Shabbat meals and more.” By giving soldiers physical and emotional support, we help them through the difficulties that serving in the army presents.”

During the conference, Michal Berman, CEO of the LSC, told JNS that the event was being held “to help people understand not only the difficulties lone soldiers face, but to see the potential of lone soldiers. We see them as a true asset to the State of Israel because of the choice they made, because of the Zionism they bring with them, because of the sacrifice they make every day by being here, by fighting, by joining the IDF—and that’s what we are trying to spread.”

Berman added that the gathering was an opportunity to introduce a new program through the LSC called “Modern Pioneers.”

She explained the goal was “to train a strong group of former lone soldiers to be digital ambassadors of the State of Israel, to fight anti-Semitism, to go back to their communities, as well as here in Israel, and continue to fight digitally.”

She said that the program had the support of Israel’s Ministry of Strategic Affairs, which was recently absorbed into the Foreign Ministry. 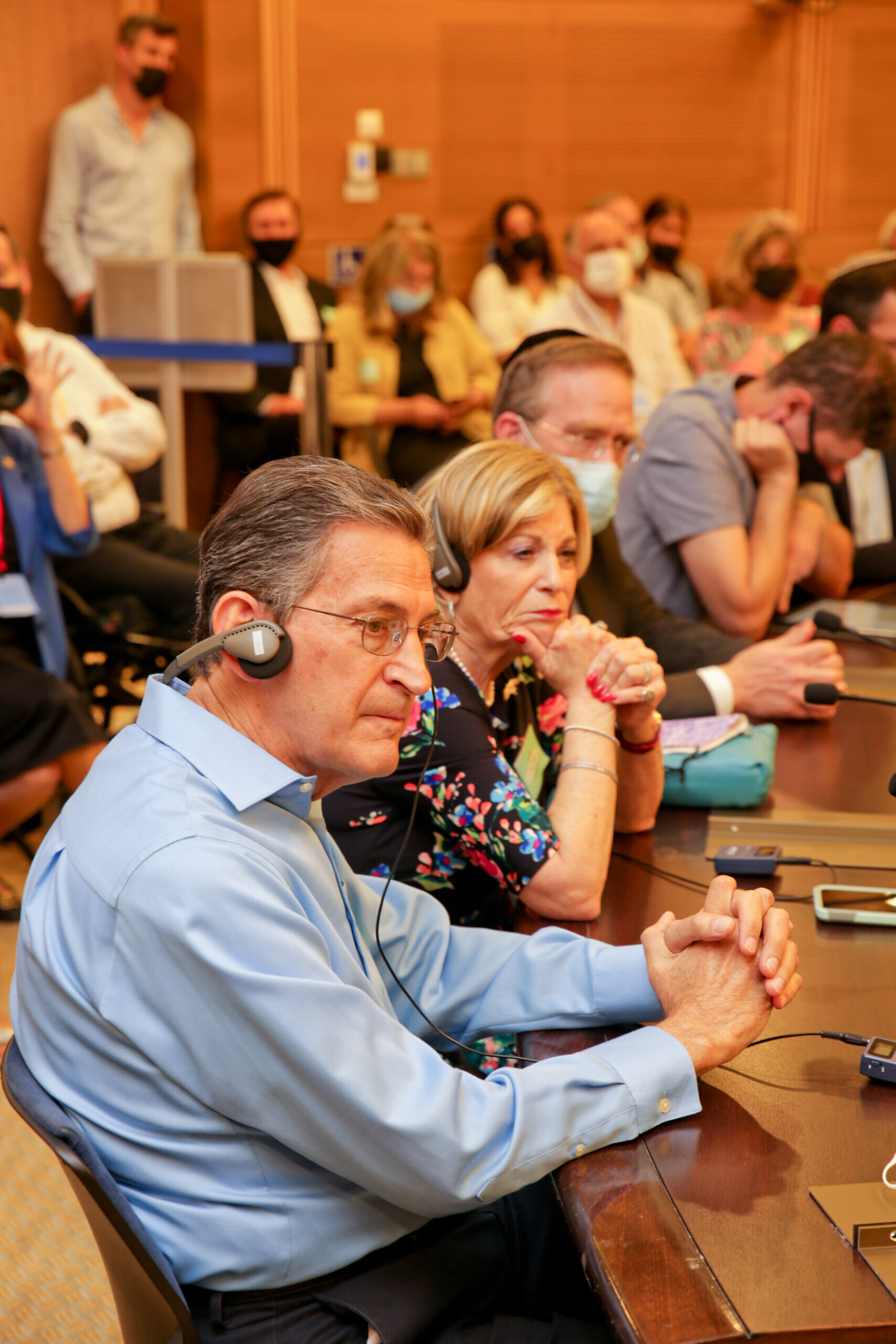 ‘A new understanding, a new awareness’

Mark and Ayelet Levin, Michael’s parents, who attended the conference, managed to arrive in Israel in order to visit their son’s grave on his yahrzeit after being unable to do so last year as a result of the coronavirus pandemic.

Mark told JNS that “since Michael’s passing, we have never missed a year [to commemorate his passing in Israel] either on the yahrzeit or on Yom Hazikaron [Israel’s Memorial Day], and last year our trip was canceled, so it’s been two years since we have been back in Israel. We have had this yearning to come back and stand by his grave as his proud parents, so we are thrilled to be back in Israel.”

In regard to the conference, Mark said, “It’s quite an honor that they would consider putting on such an event. We are just so proud of everything that has been done for lone soldiers over the past 15 years. There is a new understanding, a new awareness, and most importantly, a new appreciation for lone soldiers in this country that did not exist before Michael’s passing.”

Ayelet added, “This was Michael’s dream to have a place for lone soldiers, and now there are multiple centers, so to be able to fulfill his dream, keep his memory alive; that’s everything for me.”

She said, “It is important for people to help lone soldiers and understand what they are doing—leaving their family, the comforts of home to come here, all alone and without any resources. And now there are the centers, and all money is appreciated, as we only run on donations.” 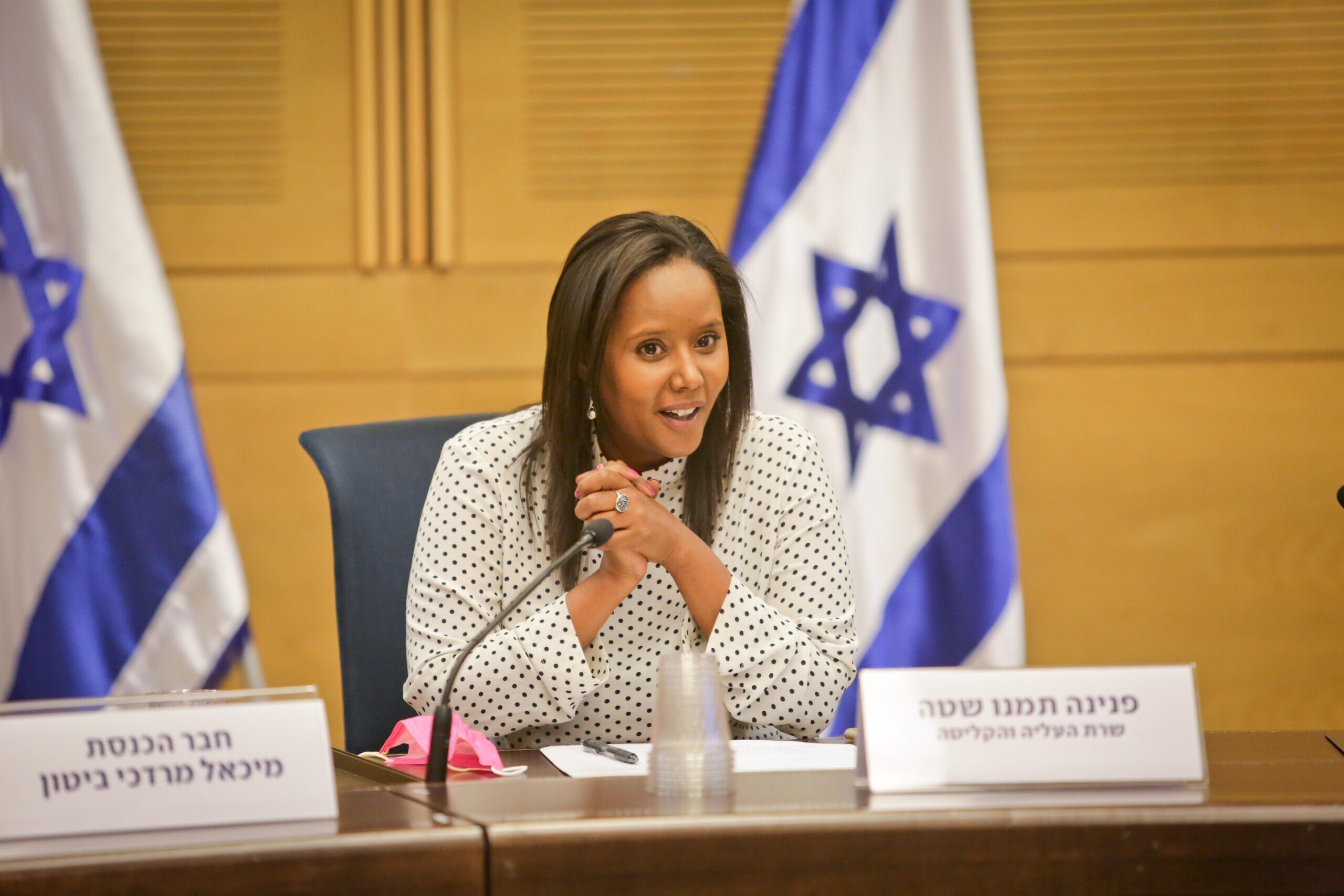 ‘They have done everything for me’

“G,” currently a lone soldier who grew up in Bergenfield, N.J., before joining the IDF this past February, didn’t pull any punches expressing the difficulties. She told JNS, “I’m not going to lie; it’s been really, really hard.”

She noted that she was a conference participant appearing on a panel to discuss her army stint “because I really hope that we can show the hardships that lone soldiers have to go through.”

She gave examples of some of her struggles, including arriving in Israel with a language barrier and being expected to follow her preparatory IDF classwork in Hebrew.

That said, she expressed extreme gratitude for the LSC. “They have done everything for me. When I first moved to Jerusalem, I had no friends. I went to the LSC, and I literally built myself a community. My best friends are from there, and before I go home from base, I go to the center and tell them how my week was.”

G’s mother “L” had managed to arrive in Israel in order to visit her enlisted daughter. She told JNS, “I’m so proud of her, that she did this on her own. She wanted to make aliyah and she did it; she wanted to become a lone soldier, and it really would not have been possible without the LSC. It gave her so much support in every way. It’s not simple; it’s not easy. I’m just so proud of her.”

David Matlin, a former lone soldier from Arizona who still does reserve duty and is currently a well-known on-air personality at i24News, was also a panel participant. He told JNS that when he joined the army in 2004 at the age of 23, “it was a dramatic transition after college.”

“That experience did so much laying the groundwork for me in terms of why I built a life here afterwards,” he said. “My experience at that time as a lone soldier in the army was just so embracing by the country, the army itself, and the people around me. By the end of my service, I was fully on board—ready to stay, ready to try to take those next steps in the country and build a life.”

Matlin said that he has been involved in helping other lone soldiers over the years, particularly in the Tel Aviv area, but “coming out of COVID, I would like to get more involved in the Michael Levin Lone Soldier Center. Now that I’m a ‘grownup,’ I’d like to get more hands-on, helping the guys and girls and offering them whatever I can.”

In the wake of the conference, Knesset member Michael Biton of the Blue and White Party announced that he is establishing a Knesset lobby group for lone soldiers.

Minister of Immigrant Absorption MK Pnina Tamano-Shata, also of Blue and White, told the conference participants that she was aware of some of the challenges faced by lone soldiers in Israel, especially after a year in which the pandemic presented even more difficulties reaching those who were serving without family in the country. She said that while the government does a lot to support the lone soldiers, she acknowledged that a lot more can be done.

While the soldiers might be considered “alone,” she emphasized, “we [the people of Israel] are their home.”