Hitler as Haman? An Amsterdam museum holds a relic of that post-Holocaust Purim tradition.

On a Jewish tour of northern Ontario, small spaces convey decades of history

The inspiring story of the Dutch February Strike, Europe’s first organized civilian protest against the Nazis

Peer-reviewed correspondence from Sheba Medical Center published last week in the prestigious British medical journal The Lancet reveals that the Pfizer-BioNTech COVID-19 vaccine is up to 85 percent effective even after the first dose.

Sheba’s research team reported that after 7,214 of its healthcare workers received their first dose in January, there was an 85 percent reduction of clinical (symptomatic) COVID-19 between 15 and 28 days later. Overall, both symptomatic and asymptomatic infections were reduced by 75 percent.

“This affirms the effectiveness of a single vaccine dose in real-life conditions and shows early effectiveness, even before the second dose was administered,” said professor Eyal Leshem, director of Sheba Medical Center’s Institute for Travel & Tropical Medicine.

According to professor Arnon Afek, Sheba’s deputy director general, the results support the U.K. government’s decision to begin inoculating citizens with a single dose of the vaccine.

Still, the team noted that its results “need further validation through active surveillance and sampling of vaccinated people and unvaccinated controls to ascertain the actual reduction of asymptomatic infection in vaccinated individuals.”

Furthermore, they cautioned, “The early rate reductions seen in [healthcare workers] might differ from vaccine efficacy reported in the general population due to their higher exposure risk or due to exposure to more virulent or infectious strains.” 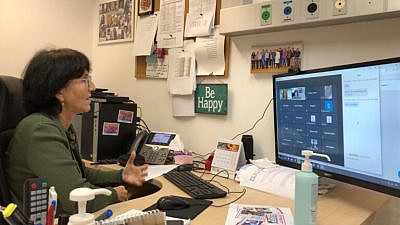 Meanwhile, the Israeli Health Ministry has released data suggesting that the full two-dose regimen of the Pfizer-BioNTech vaccine is 98.9 percent effective at preventing death in the approximately four percent of fully vaccinated people who do contract COVID-19.

Furthermore, the ministry’s data show the vaccine is 99.2 percent protective against serious COVID-19 illness and decreases the chance of hospitalization by 98.9 percent.

The vaccine “will allow us to return to the routine of life we all long for” only when those under 16 are also inoculated, says Health Ministry director general.