At J Street event, progressive Democrats seek conditions on US aid to Israel, others push back

Chauvin guilty of murder and manslaughter in George Floyd's death

Walter Mondale was a liberal icon who championed Israel

Should purchasing land in Judea and Samaria be part of KKL-JNF’s mission?

The MDU is composed of a mix of infantry, armored corps, intelligence and air-force personnel. Its central mission is to operate in any combat arena for the rapid location and destruction of enemy targets through an array of domains (air, ground, cyber, the electromagnetic spectrum and others).

The goal of the exercise, according to a report by Israel Defense Magazine, was to prove the ability of a single unit to attack multiple targets simultaneously within minutes in a large area.

Members of the unit were equipped with the Torch-X system, made by Elbit Systems, which enables field commanders to see all of the relevant battlefield data on a single screen.

“The IDF is the most advanced military when it comes to utilizing the combat network,” Erez Peled, vice president at Elbit Systems and head of marketing and business development at the C4I and Cyber division, told JNS.

Torch-X, he explained, integrates data from the three IDF branches—ground, air and naval units—to create a combat network. In the past, he said, traditional military combat was “hierarchical.”

That meant battalion or brigade commanders had to plan their missions in line with the resources at their individual disposal. “It’s clear that this type of combat is not effective anymore,” said Peled. “The move to the network means that it is possible to connect all sensors to all the shooters. This is an optimal way of utilizing resources.”

He said “when you go on the Internet and want to find information, you want credible information and the ability to access it when you need to. The same is true for network combat. If I’m a battalion commander, I want to know what is interesting to me in a certain area and to be able to act with lethality by sending munitions to targets.”

Now, an IDF brigade is no longer limited by its own resources. It can receive intelligence from a neighboring brigade or from a soldier on another mission conducting a lookout, as all are linked to the same network.

“All of the information generated that could be of interest to the commander is shared with him, and he can use it in real time,” said Peled. As a result, the era of hierarchical combat has come to an end, and the battlefield has become a “flat” network of flowing data. 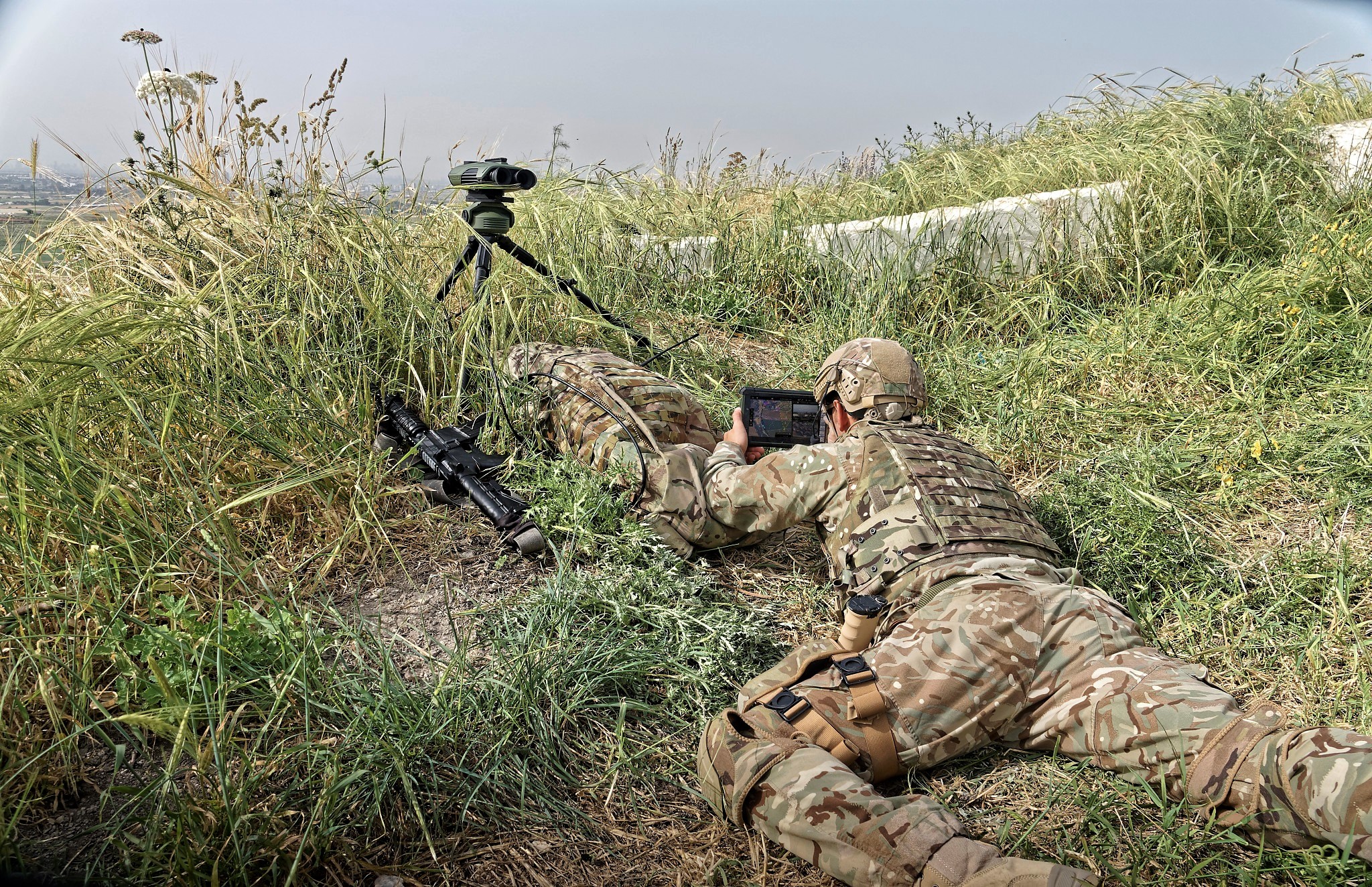 ‘A lot of data can be sent’

Peled sketched out scenarios in which Torch-X will work: The system will notify a battalion commander that a helicopter has just the right ammunition to strike the target threatening his force and to do so with the least risk of collateral damage. All the commander needs to do is approve the strike.

“In the modern battlefield, this is the difference between carrying out the mission successfully or not. The targets are dynamic, and they are time-critical. If I can’t strike them after detection with the most relevant munitions, I will find myself unable to conduct the mission,” he stated.

Torch-X will link the ground forces to the Israeli Air Force and Navy. Instead of personnel speaking verbally by radio trying to work out the location of a target, a software-defined radio-based network will enable the immediate sharing of target locations between ground and aircrews.

The fact that the networks are broadband means that “a lot of data can be sent,” said Peled. “If you’re not part of the network, if you’re not a station on it, you don’t exist. This is modern combat.” 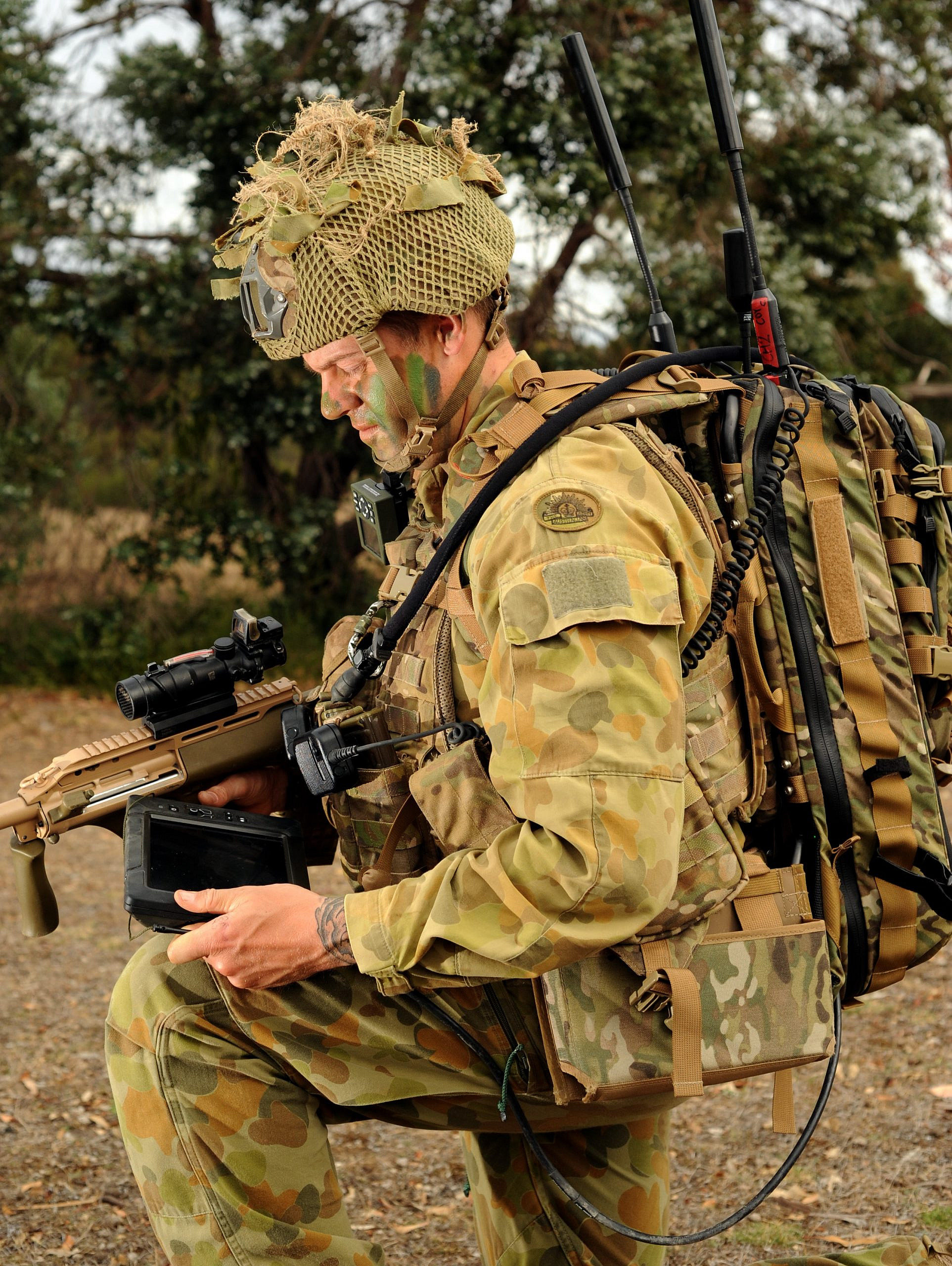 Nowhere is this more relevant than urban warfare—the type of combat that Israel’s adversaries, like Hamas in Gaza and Hezbollah in Lebanon, have chosen.

Infantry soldiers on the frontline must not, however, be overloaded with an endless amount of irrelevant information, cautioned Peled. A simple user graphic interface must present only the relevant data. “This is why we have invested much in algorithms and artificial intelligence for managing the data,” he said.

Torch-X and the network combat solution are made up of three layers: Software-defined radio for wireless communications (this is what connects planes, ships and ground forces); a network layer that links together all of the different means of tactical communication; and application and algorithms layer that process and manage the data.

The next step of this cat-and-mouse arms race is the introduction of more artificial intelligence.

Peled noted that part of the concept was inspired by lessons learned from the Sept. 11, 20021 terror attacks on the United States, when it became clear that New York City firefighters were unable to communicate with other kinds of first responders since all had their own communications network.

“Torch-X flattens the network—all I need to know is where I want to send this data, and the network builds itself,” he said.

When an armored vehicle disappears behind a hill and is out of radio range, the system knows how to manage the data so that the moment the vehicle reconnects, it receives the missing data from the tactical cloud.

It is Torch-X itself that recommends who can fire on the target; it can be an air, ground or sea unit that has the ability to be engaged.

‘Highly adapted to their specific requirements and nuances’

Elbit has sold versions of the system to NATO member militaries as well. For those clients, international military cooperation is vital, and the system is designed to allow coalition members to share data seamlessly based on NATO standards.

International clients include Australia, Switzerland, Germany, Sweden, Holland and Britain. “The solutions are highly adapted to their specific requirements and nuances,” explained Peled.

The technology is not only designed for higher lethality and reducing collateral damage, but to substantially reduce the risk of friendly fire.

“The targets are dynamic, and they are time-critical.”

“If you ask a pilot what bothers him the most, it is making sure that he knows where all his forces are on the ground. Now he has a system that automatically gives him this information, precisely and digitally, plus video feeds from the ground,” said Peled. “The pilot can act on targets quickly and without the need for radio dialogue.”

Adversaries, for their part, are not resting on their laurels; they, too, are boosting their capabilities to make it difficult for the IDF to operate in built-up areas.

The next step of this cat-and-mouse arms race, Peled assessed, is the introduction of more artificial intelligence, taking more of the workload off commanders.

“In some cases, they will approve an action, and in other cases, they won’t have to,” he said. “There will also be more and more unmanned systems working in complex, urban areas. This gives forces more ‘eyes’ to cover many more areas. The unmanned systems on the surface and air will work in combination. This is a natural evolution of the combat network.”

The post Israeli defense-industry source on modern combat: ‘If not part of the network, you don’t exist’ appeared first on JNS.org.