Add a little learning to 2020 observance of Hanukkah

Giuliani doubles down on Jewish Soros comments, saying the philanthropist uses Judaism as ‘a shield and a sword’

When they were young, some stormed the beaches, taking the fight to the enemy; some liberated Nazi concentration camps in Western Europe and forever bear the scars of having witnessed man’s worst inhumanity to man. Still others sailed ships, sent radio signals, fixed machines and trained their fellow service members at home or overseas.

This Veterans Day, Jewish soldiers, sailors and Marines who served in World War II and Korea are, if they are still alive, in their late 80s, 90s and 100s, which makes them statistically at the highest risk of complications from COVID-19. With this in mind, JNS spoke with some Jewish veterans to hear stories of their service and how they are coping with the ongoing coronavirus pandemic.

Having reached the winter of their lives, some are living with family and others in assisted-living facilities. Some still have surviving wives; others are alone. One recently died, but only after having beaten COVID-19.

All pride themselves on their ability to cope with the rigors of life, including the virus that has made the past seven months difficult and kept them from activities and family members.

Warren Dolny, 92, of Boynton Beach, Fla., a past national commander of Jewish War Veterans of America—the oldest continuously operating veteran service organization in the country—lives with his wife of 71 years, Violet, in a retirement community.

A former Marine, he served as a radio operator during the Korean War, communicating with other Marines in combat overseas from his base at USMC Camp Lejeune, N.C. Dolny says he is dealing with the pandemic by “listening to what scientists have to say. I’m not completely quarantined, but we’re wearing masks and distancing.”

Thanks to their daughter, who decamped to their apartment from New York City and has stayed with the couple since March, Dolny doesn’t have to grocery shop, but says the threat of COVID-19 coupled with difficulty walking “doesn’t stop me from getting around”—by scooter. “If I have to go out, I go out,” he says.

Dolny, who has three children, five grandchildren and nine great-grandchildren, praised the racial integration of America’s armed forces when he served active duty in 1952 and 1953, in addition to the sense of camaraderie that Marines feel. 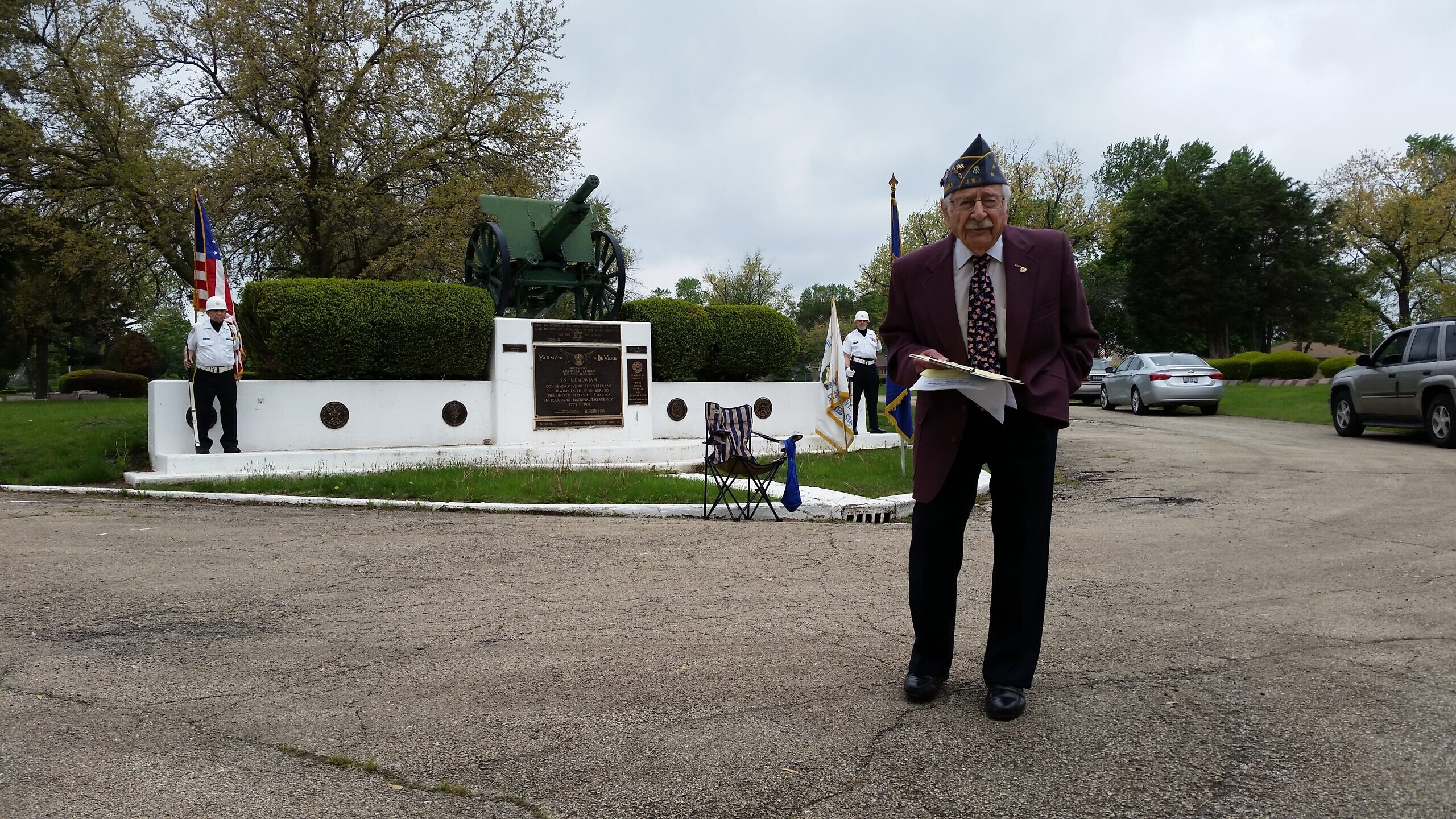 David Hymes, 103 of Chicago, during May of 2015 as master of ceremonies at a Memorial Day Remembrance Ceremony. Credit: Courtesy of Jewish War Veterans.

“We did the most to give our lives to our country, and unfortunately, some do give their lives,” he says.

Irving Rosenblum, 91, former JWV department commander for Minnesota, and his wife of 63 years, Toby, live independently in a condominium in Saint Louis Park, a suburb of Minneapolis. Retired from the furniture business, Rosenblum, who served in the National Guard and then the Army during the Korean War, regrets not being able to attend synagogue during these trying times.

“I have always gone to synagogue,” he shares, but because seniors are more vulnerable to the virus, “the rabbi told me to stay home.”

He and his wife have three children, five grandchildren and 16 great-grandchildren scattered around the world, mostly in Israel.

Rosenblum hasn’t let COVID-19 stop him from getting out; in particular, he enjoyed last month’s Jewish War Veterans Department of Minnesota 75th annual membership dinner at Mancini’s Char House in Saint Paul, where he said attendees distanced, wore masks and had a blast.

“We invited everyone,” he said. “We sat not too close together, and as far as I know, everyone is healthy.”

His advice for younger people? “I don’t think we have to fear. The answer is to stay away from crowds and wear the mask.”

World War II veteran Harold Levine, 97, lives in an assisted-living facility in Wellington, Fla., with his wife Sylvia. Trained as a Navy radio operator, he was stationed at Pearl Harbor and on a ship in the South Pacific, where he was a radioman 1st class, communicating with ships in the Pacific theater. He remembers making a bad cup of coffee for a young John F. Kennedy when he and the future president were stationed together in the same naval company in Miami. 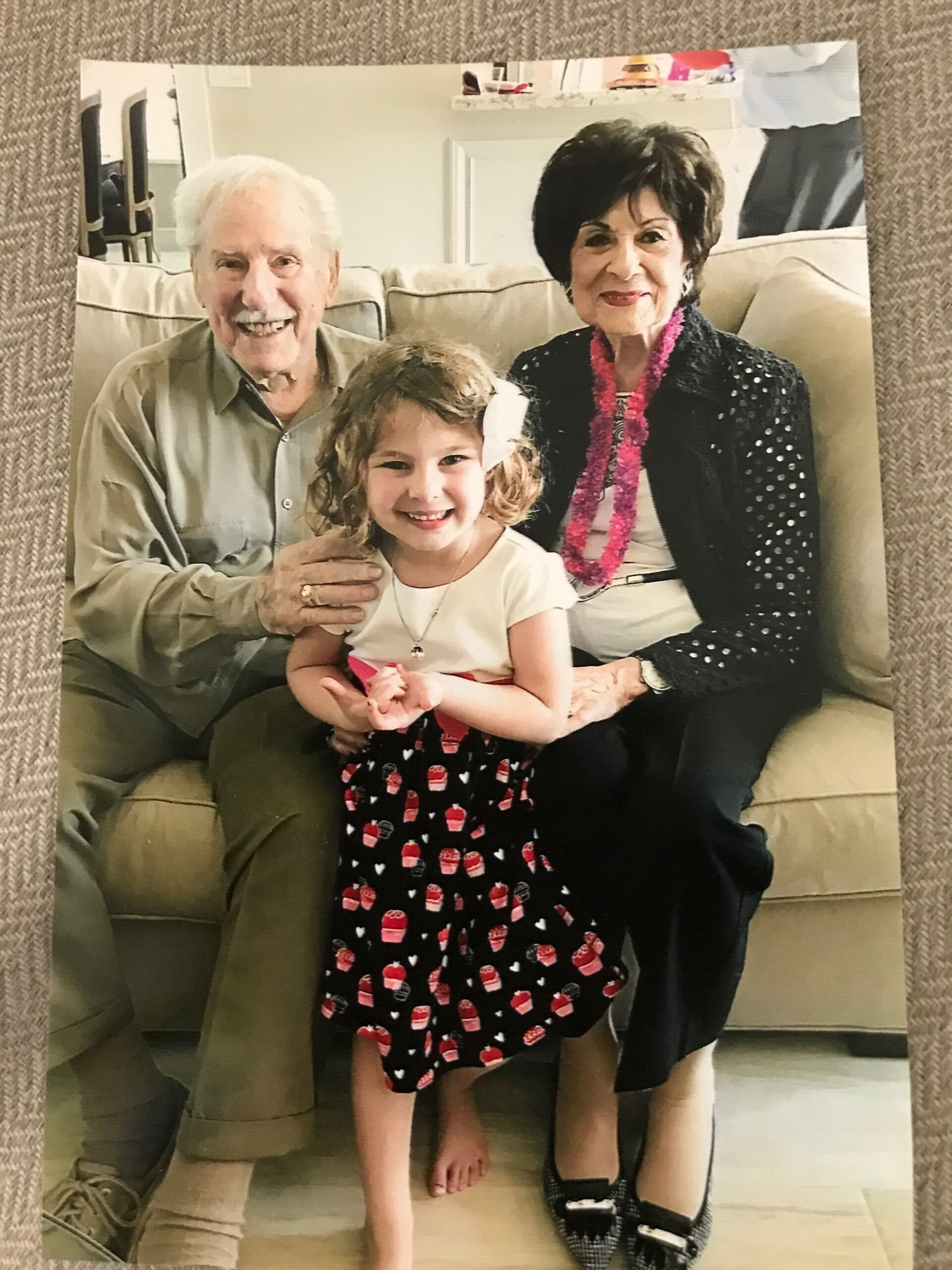 Harold and Sylvia Levine with their great-granddaughter. Credit: Courtesy.

Levine, who has four children, nine grandchildren and 15 great-grandchildren, celebrated his 78th wedding anniversary with family before the pandemic hit.

Regarding the pandemic, Levine says that he and Sylvia are quarantined in their apartment. He knows how to take “each day one at a time” because he’s “been married for 79 years!”

Judah Samet, 82, who was recently profiled by JNS as a survivor of the Tree of Life*Or L’Simcha Synagogue mass shooting on Oct. 27, 2018, is a former IDF paratrooper. Also a Holocaust survivor, Samet, who is widowed and lives independently, says he’s coping with the pandemic by mostly staying in, although occasionally he goes out to lunch with a friend.

Because his housekeeper comes once a week, he could theoretically be exposed to the virus, but he doesn’t worry about it.

“Maybe my background as a soldier helps me,” he said. “I’m not scared.” He misses going to synagogue, but deals with it by reading, talking on the phone with his daughter and attending Zoom synagogue services.

‘I’ve seen many tomorrows, and I’m not concerned’

David Hymes, 103, of Chicago, a retired public accountant and former national commander of the Jewish War Veterans, is a surviving veteran of World War II who lives independently.

A lieutenant in the U.S. Army, Hymes was in charge of postal finance for the European Theater of Occupation. He was shot in the arm by a German sniper.

“I got to France five or six days after the invasion of Normandy,” he recalled this week in a phone interview. “I was hit by German fire, but it wasn’t my time to die. … The bullet hit my left bicep. If it had been a few inches away, you’d be talking to a ghost.” 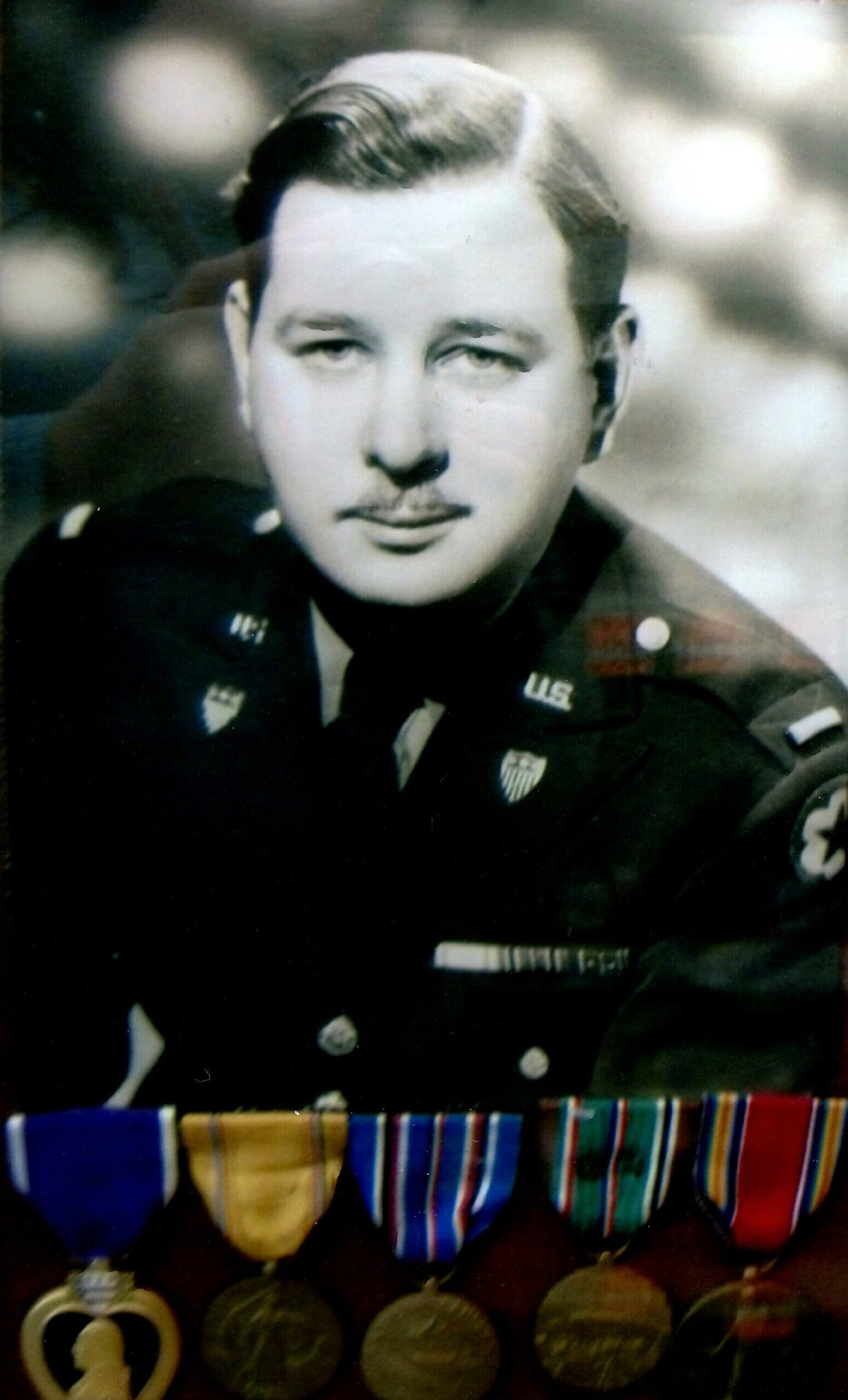 Hymes was widowed in his early 80s and retired at age 90. He has two children, four grandchildren and two great-grandchildren on the way.

“I didn’t want to be the richest man in the cemetery,” he quips.

He reads two newspapers a day (The Chicago Tribune and The Wall Street Journal), drives the short distance to the grocery store where he does his own shopping, and talks on the phone daily with at least one family member, either a child (he has two daughters), a grandchild or a great-grandchild. “It is a wellness call to make sure their grandfather or great-grandfather is still alive,” he says. “The body gets tired, but I’m happy my mind is still functioning as well as ever.”

As far as the pandemic goes, Hymes isn’t worried.

“I’ve seen many tomorrows, and I’m not concerned,” he said. “At 103, the world won’t miss me. My children and grandchildren might miss me. I will die one of these days. I hope for one thing. I want to die in my own bed. Not in a hospital.”

He fondly remembers traveling with his wife, including to Europe and Hawaii when he was national commander of Jewish War Veterans. He continues to be active with the organization, although they “can’t meet in person because of the pandemic.” Hymes serves on the board of directors of his building and says that when his term ends, he “won’t run for re-election.”

He adds that his “old geezer” advice would be: “Live right, eat a balanced diet, try to help, keep up with current events,” and above all, “do not hide.”

Postscript: Sam Nilva, a veteran of the Navy and the Army Air Corps (which became the Air Force) and former Commander of Jewish War Veterans for Minnesota, died of old age at 101 just weeks after winning his battle with the coronavirus last April.

“Sam beat COVID, and two weeks afterwards, he departed us,” says Peter Nickitas of the JWV. 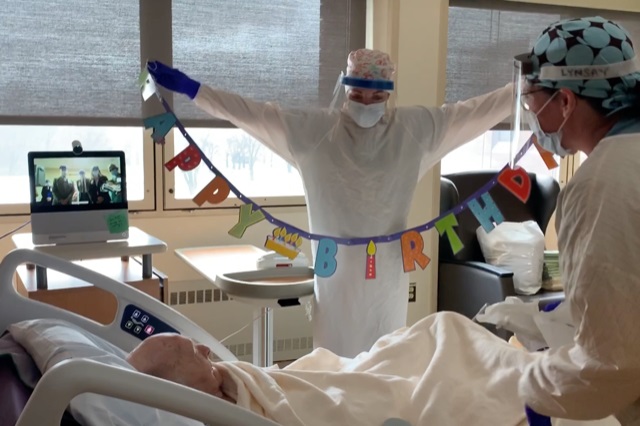 Known for his courage, he wanted it remembered that he “beat the plague,” adds Nickitas. “He was sharp until the very end, and when they discharged him from the VA medical center in Minneapolis, he was still flirting with the nurses.”

A story about Nilva his peers like to tell: At a national convention of the Jewish War Veterans in 1971 that took place at the Leamington Hotel in Minneapolis, the speaker was Hubert Humphrey, former vice president to U.S. President Lyndon Johnson. Someone handed a note to Humphrey, and he told the men that “someone just phoned in a bomb threat.”

There was a moment of uncertainty, recalls Nickitas, then Sam stood up, told everyone to stay put and said, “We’re gonna keep listening.”

The post Jewish veterans stay the course, facing aging and COVID as they did wartime appeared first on JNS.org.