Mayim Bialik to guest host ‘Jeopardy!’ while the show seeks a permanent replacement for the late Alex Trebek

Trump orders US military’s Central Command to now include Israel

No state loomed larger on the national stage than Pennsyvalnia during the recent general election. The commonwealth emerged as a centerpiece of both presidential candidates’ final-hour campaign efforts and post-election legal battles.

On Monday, Pennsylvania is set to certify its election, likely putting an end to the Trump campaign’s legal challenges to dispute the results that declared Joe Biden the winner of the state. Despite that, Pennsylvanians, like the country at large, will continue to be divided over the election and sharp divisions it stoked, and the Jewish community is no exception to that.

Arnold Gefsky, 80, a lawyer and Democrat, of Pittsburgh, who voted for Biden, said he did so despite “worries about what is going to happen with the Biden camp” regarding Israel, and that of the “few things” he believes that U.S. President Donald Trump has done well, “Israel’s on top of the list.” He feels reassured that Biden’s announced chief of staff, Ron Klain, is Jewish.

He added that “part of my vote is anti-Trump,” citing the Trump administration’s handling of COVID-19.

Pennsylvania, which is home to as many as 450,000 Jews, is in many ways similar to Michigan, Wisconsin and even Georgia when it comes to the politics that led to it being so contested this election season. The sprawling and mostly affluent urban centers around Philadelphia and Pittsburgh are like most cities across the country with a strong base of Democrats—Detroit, Milwaukee, Atlanta—and also home to large Jewish communities, especially in the four major suburban areas outside of Center City: Bucks County, Chester County, Delaware County and Montgomery County.

Outside of those cities, much of the state is rural and working-class with various regional differences. In Scranton, in northeast Pennsylvania, where Joe Biden was born and raised, there is traditional working-class support for Democrats found among generations who worked in coal mines in the region. However, in the 2016 election, Trump gained many voters in this area directly because of economic concerns and a lack of jobs. 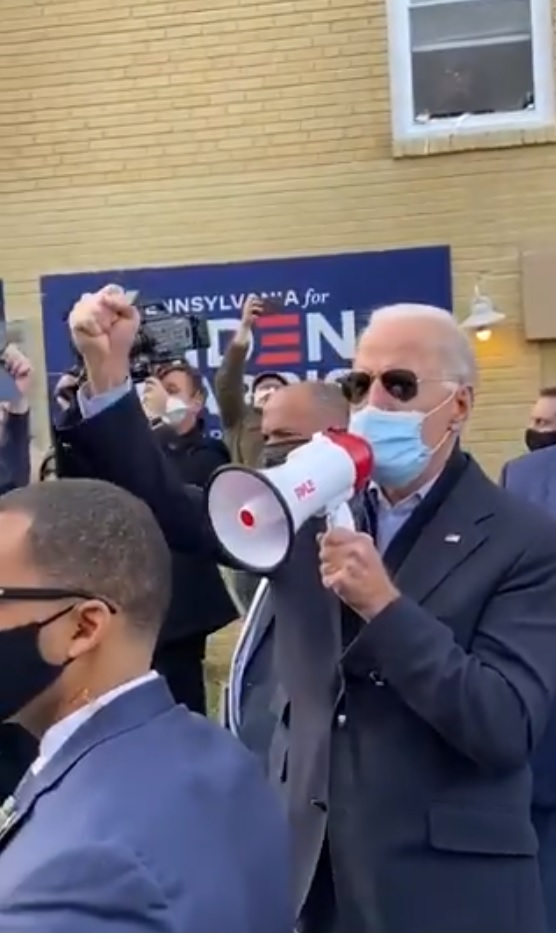 Similarly, in Western Pennsylvania, Trump had gained support of rural voters who felt left-behind by globalization, automation and the outsourcing of jobs. On top of that, many rural areas in Pennsylvania saw a boom in recent years with fracking and natural-gas production, which Trump had promised to support. It is the divide between the urban and suburban centers in the state, and the rural and working-class regions, which led many analysts to view the state as a critical battleground.

Yet with deep roots in Pennsylvania, Democrats saw Biden as the right candidate to regain working-class voters. Combined with support from affluent cities, Biden was able to flip Pennsylvania back to blue in the 2020 election.

In the Jewish community, some favored Biden and others Trump. Many cited their concern about Israel’s well-being as a priority. Slightly more than half voted in person, the others by mail-in ballot; there is no in-person early voting in the state. Most reported anecdotally that the process went smoothly.

And most seem willing to accept Biden’s election victory, although a significant minority expressed staunch insistence that the process of investigating alleged election fraud should continue, even if only as a matter of principle.

“People are not wearing masks, [they are] partying and being radical in unwillingness to comport with the science,” said Gefsky, who voted by mail. “I do hold Trump somewhat responsible—not for the entire pandemic, but for that.” 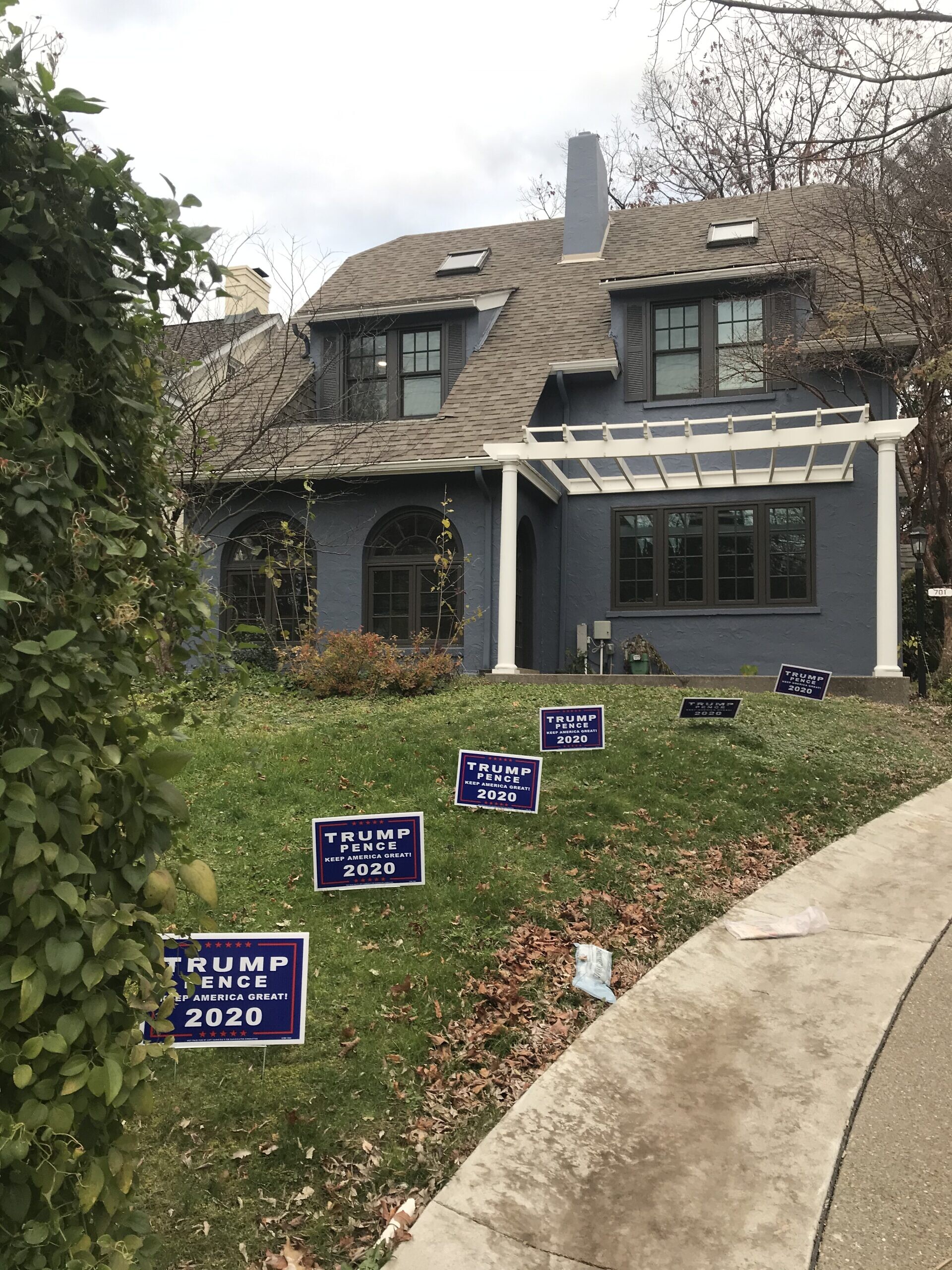 Not enough people ‘speaking out against anti-Semitism’

Earl Markowitz, 83, a retired restaurateur of Pittsburgh and lifelong registered Democrat, cited his unease with California Sen. Kamala Harris as a potential vice president as a factor in his decision, at the last minute, to vote for Trump. “If something happened to Biden, I don’t feel comfortable with Harris as president. I don’t think her experience level is there, and I don’t like that some of her constituency is not so pro-Israel,” he said. He voted by mail and said the process went smoothly.

Several Pennsylvania Democrats who voted for Biden cited alignment with the Democratic Party on gun-control issues.

William Spatz, 48, a Pittsburgh dentist who is a lifelong registered Democrat and voted for Biden, favors the Democrats’ positions on gun control. “It would be hard for me to support someone who thinks it’s OK for anyone to go and buy an automatic weapon,” he said.

Concerned about mass casualty attacks like the one on Pittsburgh’s Tree of Life*Or L’Simcha Synagogue in October 2018, the worst act of anti-Semitism in U.S. history, Spatz said that while he doesn’t hold the president personally responsible for the “actions of a guy with crazy extremist ideas,” he believes that the past four years have seen “more out in the open anti-Semitism” and “there haven’t been enough people speaking out against it.” He said he thinks that Biden will be “less divisive” than Trump.

Steven Selig, 47, of the South Hills suburbs of Pittsburgh—a Biden voter and registered Democrat who works in software sales and marketing—echoed Spatz’s concern about gun control, noting that he and his wife voted in person, and all went smoothly. “We wore N95s just to be safe,” he said. 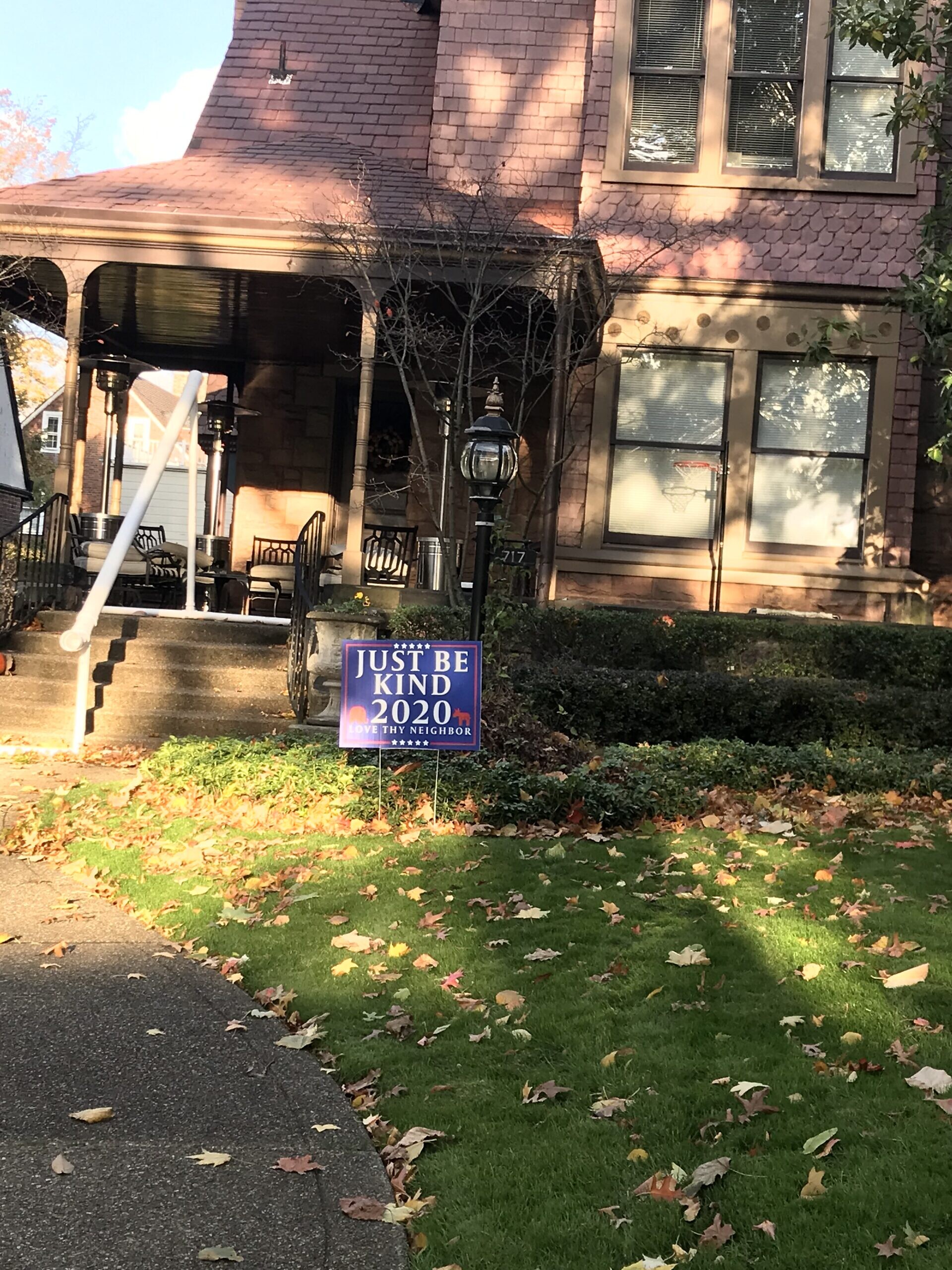 Several Pennsylvania Democratic Jewish voters cited the divisive tone of political discourse in the country and dislike of Trump’s personality among reasons for choosing Biden.

“I think the direction the country has gone over past four years—the divisiveness, rhetoric and heat—has been terrible, so I think we need new leadership and new direction,” said Sheila Chamovitz, 74, a Pittsburgh author and documentary filmmaker.

Chamovitz said she “made arrangements to leave this country if, in fact, Trump won” because she feels that “the danger to democracy Trump posed was fundamental.” She voted in person in downtown Pittsburgh without a hitch.

Edward Monsky, 68, an attorney and lifelong Democrat, of Scranton, said he voted for Biden based on personality issues. “I felt it was a time for a change—for sanity and humility in the White House,” said Monsky.

His peers “are mostly Biden supporters,” he said, adding that he cares about Israel and recognizes the “things Trump has done for Israel and friendship with them.” Still, he noted, “I don’t think Israel will be badly served by Biden.”

He also said, “I work in Scranton, and Biden’s connection to Scranton was well-known.”

Joseph Albert, 73, also of Scranton, a retired Army lieutenant colonel and former state commander of Post 165 of the Jewish War Veterans of Pennsylvania, said he supported Trump: “I think he’s the best friend that Israel ever had, and I don’t think other side will be anywhere near as supportive.”

Albert added that “considering this is Mr. Biden’s hometown, he is not particularly beloved.”

Joy Pollock, 77, of Philadelphia, a retired attorney and lifelong Democrat, voted for Biden, citing alignment with the Democrats on gun control, and disapproval of Trump’s picks for the federal judiciary and Supreme Court. A lifelong contributor to Jewish charities, she said she trusts Biden on Israel, saying, “I live in America and can’t control what happens in Israel; therefore, I have to concern myself with what happens here.”

‘No-brainer from a Jewish point of view’

Bryan Loeb, 35, of Philadelphia, a former Congressional candidate and chairman of the pro-Israel advocacy group HaShevet (“The Tribe”), supported Trump and said, “I still support the president.”

Citing the executive order combating anti-Semitism on college campuses, his relocation of the U.S. embassy from Tel Aviv to Jerusalem, and his administration’s progress negotiating peace with three Arab nations and Israel, Loeb characterized support for the president as a “no-brainer from a Jewish point of view.”

He also cited “lowest minority unemployment in U.S. history” as a reason for supporting Trump.

Loeb acknowledged that he will accept the election results “once the electors cast their votes,” though he would not accept “a media-appointed president-elect.” He voiced concerns about what he sees as improprieties on the part of the Supreme Court of Pennsylvania and Pennsylvania Attorney General Josh Shapiro, who is Jewish.

Referencing a controversial Twitter post that received national media attention by Shapiro predicting the election outcome, as well as a Pennsylvania Supreme Court rewrite of state election law to permit the counting of late-arriving ballots, Loeb expressed distrust of the state’s election system. “How can you have confidence when you have the Pennsylvania Supreme Court taking unilateral action and an attorney general predicting an election result four days before Election Day?”

David Pearson, 63, a Philadelphia attorney and Republican who voted for Trump, said, “I voted for the president because I believe he’s doing a great job for our country and will continue to do so.” He works at the polls as an election inspector and this year also served as an observer of the process of counting mail-in ballots at the Philadelphia Convention Center.

He said he was involved in the “last step of the process,” in which ballots were opened and fed into scanners, and said he did not necessarily observe any impropriety.

Still, he believes that a preponderance of mail-in voting—necessary this year due to the ongoing coronavirus pandemic, especially considering the significant number of senior citizens throughout the state—is inherently problematic because the lack of an available voter-registration record prevents election workers from checking signatures to verify a person’s identity.

“In person,” he said, “we can at least do a rudimentary comparison.”

The post Jewish voices continue to ring out from battleground state of Pennsylvania appeared first on JNS.org.

Saving for your child’s education