Zarif said he had “zero” influence over the country’s foreign policy, reported Reuters.

American policy is predicated on the assumption that Iranian “moderates” need to be strengthened, said Harold Rhode, a longtime former adviser on Islamic affairs in the U.S. Defense Department of Defense. Still, the leaked recordings demonstrate that “this has been an illusion and that all power rests with Ayatollah Ali Khamenei.”

“Everywhere, American policymakers look for ‘moderates,’ which they define as those who are prepared to ‘compromise’ with America,” said Rhode.

Regarding Iran, he said, there are no moderates. The leaked recordings demonstrate that “this has been an illusion, and that all power rests with [Supreme Leader] Ayatollah Ali Khamenei, whom we call an extremist.”

The IRGC that Zarif spoke about is part of the “hardliner” camp that Khamenei directs.

“The people we call moderates are usually officials who speak excellent English, know American culture well and know how to use our culture to make us believe they are trying to accommodate us,” explained Rhode. But “read what Iranian officials say in Persian, which our policy advisers do not know, and the truth will be crystal-clear.” 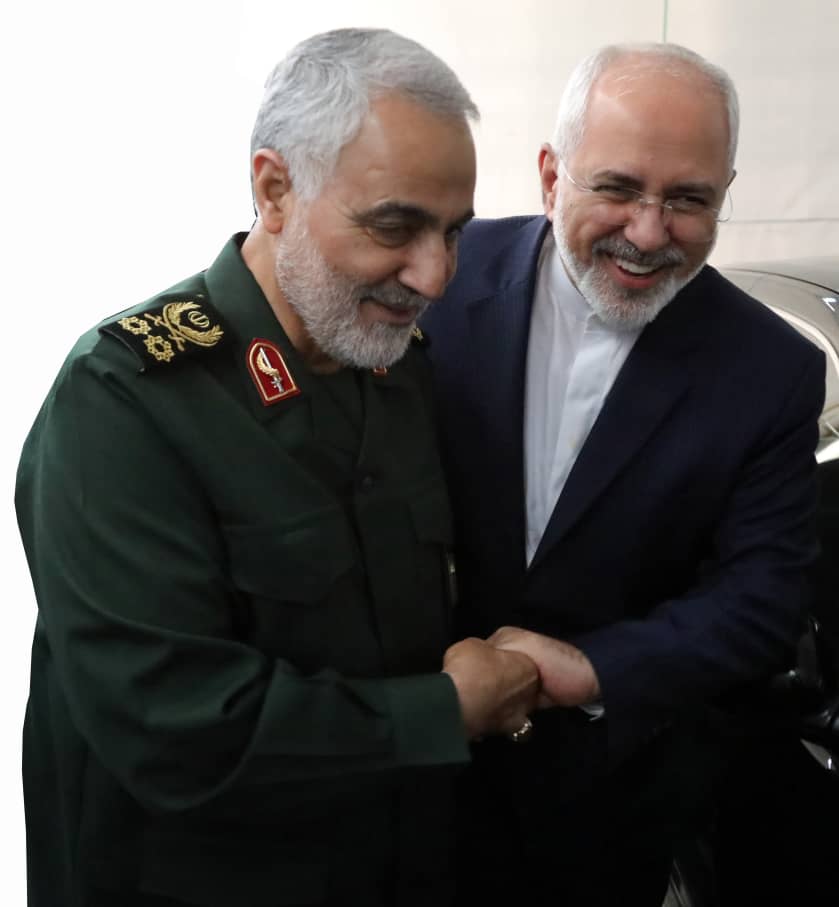 Efraim Inbar, president of the Jerusalem Institute for Strategic Studies, told JNS, “We all know that the distinction between moderates and hardliners is, in reality, a good cop/bad cop tactic.”

“There may be tactical differences on how to attain their objectives, but the so-called hardliners run the show,” he said. Iran’s leaders “have the same goals of kicking the Americans out of the Middle East, taking it over and going for the [nuclear] bomb.”

Behnam Ben Taleblu, an Iran expert and senior fellow at the Foundation for Defense of Democracies, told JNS that the leaked Zarif tapes “underscore what has long been known about the Islamic Republic: The foreign ministry is not where foreign policy is made.”

“Zarif is a loyal stalwart of the Islamic Revolution,” he said. “These comments may have been intentionally leaked to essentially falsely virtue signal to the Iranian public that he has different views than the regime, but has been marginalized.”

It also could be a ploy to increase the expected low turnout in the upcoming presidential elections in June or an effort to gain more concessions from the United States over its nuclear program, continued Taleblu.

He noted Zarif’s comment that Iranian policy was focused on the battlefield signaled this is an area where American policy should be “concentrating its efforts, as currently, the United States has no regional pushback strategy against Iran and its proxies.”

One goal: Force Westerners out of region

U.S. Special Envoy for Climate John Kerry on Monday denied allegations that he had discussed covert Israeli airstrikes on Iranian targets in Syria with Zarif.

“Kerry has to tell me that Israel has attacked … 200 times in Syria?” posed Zarif, according to the recordings as reported in The New York Times.

A team of U.S. envoys is being dispatched this week to calm the fears of regional allies because of efforts by the Biden administration to revive the Iran nuclear deal. Plans may include visiting Saudi Arabia, the United Arab Emirates and Jordan, according to unnamed sources quoted by Bloomberg in a report published on Wednesday.

Rhode said the Iranians share the same goal: to force American and other Westerners out of the Muslim world.

He said that the only difference between the guard corps and diplomats like the self-admitted powerless Zarif are the methods to achieve what is a similar goal.

“Zarif makes this eminently clear in the leaked conversation,” said Rhode. “He cares deeply only about two things: Iran and [Shi’ite] Islam. Otherwise, this so-called moderate hates us.”