In the run-up to the inauguration of President-elect Joe Biden, Mohammed Dahlan, the former leader of the PLO’s Fatah faction in Gaza, has launched a major media campaign against Palestinian Authority leader Mahmoud Abbas.

On Jan. 3, 2020, Dahlan aired a two-part documentary program on his Al Kuffiya network, detailing his fierce dispute with Abbas. The documentary, called “The Lost Story” (“Al-Ryawaia Al-Makoda”), has caused a stir in the Palestinian territories due to its claim that one of the main reasons for Abbas’s animosity toward Dahlan is Dahlan’s 2010 revelation that the Palestinian leader embezzled more than $2 billion from the P.A. Investment Fund.

The documentary also claims Abbas was willing to reconcile with Dahlan and even submitted an offer of reconciliation to him through a mediator, who sought $10 million in exchange. Dahlan rejected the offer. The program reveals for the first time documents and audio recordings of senior Fatah figures allegedly confirming Dahlan’s accusations. 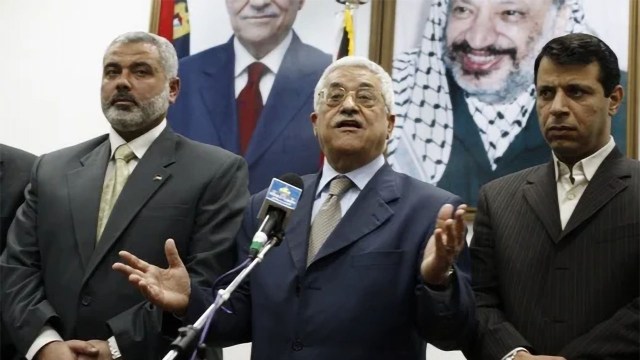 Among other things, the documentary accuses Abbas of personal responsibility for the fall of the Gaza Strip to Hamas and the failure of the Fatah movement in the 2006 Palestinian parliamentary elections; for the decline in the significance of the Palestinian problem in the eyes of Arab states and for the weakening of the Fatah movement in the West Bank, ostensibly jeapordizing the P.A.’s rule.

Abbas is also accused of attempting to assassinate Dahlan, as a result of which the former Fatah leader fled the West Bank to Jordan and then on to the United Arab Emirates.

The program outlines the legal campaign against Dahlan launched by Abbas, claiming that the P.A. leader fabricated a case against him for financial corruption and murder. It also details how Abbas expanded the investigative committee that examined the case and added new allegations.

It describes how the Fatah Central Committee decided to remove Dahlan from its ranks without allowing him to respond to the charges against him.

Muhammad Rashid, a former adviser to Yasser Arafat, accused Abbas of trying to physically and politically eliminate and demoralize Dahlan. Rashid made similar accusations against Abbas in 2012. The P.A. tried him in absentia on charges of corruption and sentenced him to 15 years in prison.

Senior P.A. officials reject all the allegations against Abbas made by Dahlan on the program, claiming they are lies and false accusations aimed at trying to shake the P.A.’s rule in the West Bank and demoralize the ranks of the Fatah movement.

This media campaign by Dahlan, which was meticulously prepared and supported by documents and interviews, is unprecedented. Dahlan has pulled out all the “big guns” in his possession against the P.A. leader.

Senior P.A. officials suggest that the campaign’s timing is not coincidental. They argue that Dahlan’s power has weakened in the West Bank following P.A. arrests of his supporters in the refugee camps in recent weeks. Dahlan, they claim, is deeply concerned about the election of Joe Biden as the next president of the United States.

Dahlan serves as senior adviser to Sheikh Mohammed bin Zayed Al Nahyan, the heir to the Abu Dhabi throne, and was confident that his path back to the top of the P.A. had been paved following the normalization agreement between Israel and the UAE. However, the results of the U.S. presidential election scattered the cards for him; Biden is known for his good ties with Abbas, and has no plans to bring about his replacement.

Dahlan fears Biden will seek to strengthen Abbas politically and economically, that the new administration will cancel the Trump “Peace to Prosperity” plan and resume negotiations between Israel and the P.A., thereby renewing Abbas’s legitimacy as Palestinian leader. In addition, the Biden administration is expected to renew financial aid to the P.A. and UNRWA, which President Trump stopped.

It is likely that Dahlan chose to disclose the information he possessed about Abbas’s actions and failures over the years in an attempt to discredit him before the new U.S. administration. At the same time, Dahlan wants to improve his own image among residents of the territories and to portray himself as a persecuted underdog. 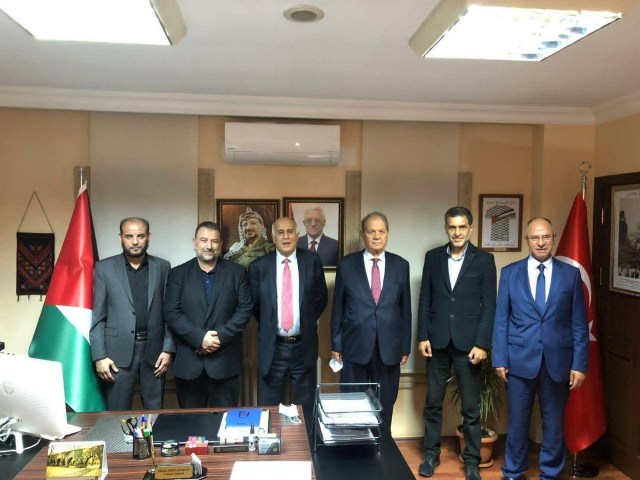 The battle for the P.A. leadership continues behind the scenes; Fatah Secretary-General Jibril Rajoub is attempting to advance his candidacy through the reconciliation he engineered between Fatah and Hamas. A few days ago, he brought Abbas a letter from Hamas leader Ismail Haniyeh expressing the terrorist organization’s willingness to advance to elections in the territories according to the outline set by Abbas, i.e., initially a parliamentary election and only later a presidential election. Rajoub presents himself to senior Fatah figures as having achieved the breakthrough.

However, some senior Fatah officials say that the strongest axis in the upper echelons of the P.A. remains that of Majid Faraj, the head of Palestinian General Intelligence Service, and Hussein a-Sheikh, P.A. civilian affairs minister, who are closest to Abbas, advising him on all issues. For his part, Abbas is showing no sign he has any intention of exiting the political stage

Yoni Ben-Menachem, a veteran Arab affairs and diplomatic commentator for Israel Radio and Television, is a senior Middle East analyst for the Jerusalem Center. He served as director general and chief editor of the Israel Broadcasting Authority.

This article was first published by the Jerusalem Center for Public Affairs.