With just the clothes on their backs and a few belongings hurriedly thrown into a sack, thousands of Jewish families were forced to flee from their homes after the declaration of the Jewish state on May 14, 1948.

This week marks the anniversary of this demographic shift and human tragedy. In 2014, the Knesset adopted a law that designates Nov. 30 as an annual, national day of commemoration for the 850,000 Middle East and North African Jewish refugees who were expelled from Muslim and Arab countries more than 70 years ago.

Israeli parliamentarian Knesset member Michal Cotler-Wunsh of the Blue and White Party hosted an online conference on Monday that brought together a group of activists to share their experiences and thoughts on how to further the cause of these refugees and their descendants.

A common thread among all of the speakers was that Mizrahi Jews—both the refugees and their descendants—can play a particular role in furthering Israel’s relationship with Arab and Muslim countries.

Cotler-Wunsh is the daughter of Irwin Cotler, Canada’s former Justice Minister and the founder and chair of the Raoul Wallenberg Centre for Human Rights. She also has Iraqi grandparents, whom she said shaped a big part of her identity and political and legal understanding of the Jewish refugee issue.

She emphasized the need to bring this issue to the fore, especially now when the Abraham Accords have brought Israel even closer with Arab states in the Gulf.

“The acknowledgment of Israel’s right to exist and the imperative to recognize the legitimacy of Israel to exist as Jewish and democratic is paramount in order to create negotiation and ultimately peace,” she said. 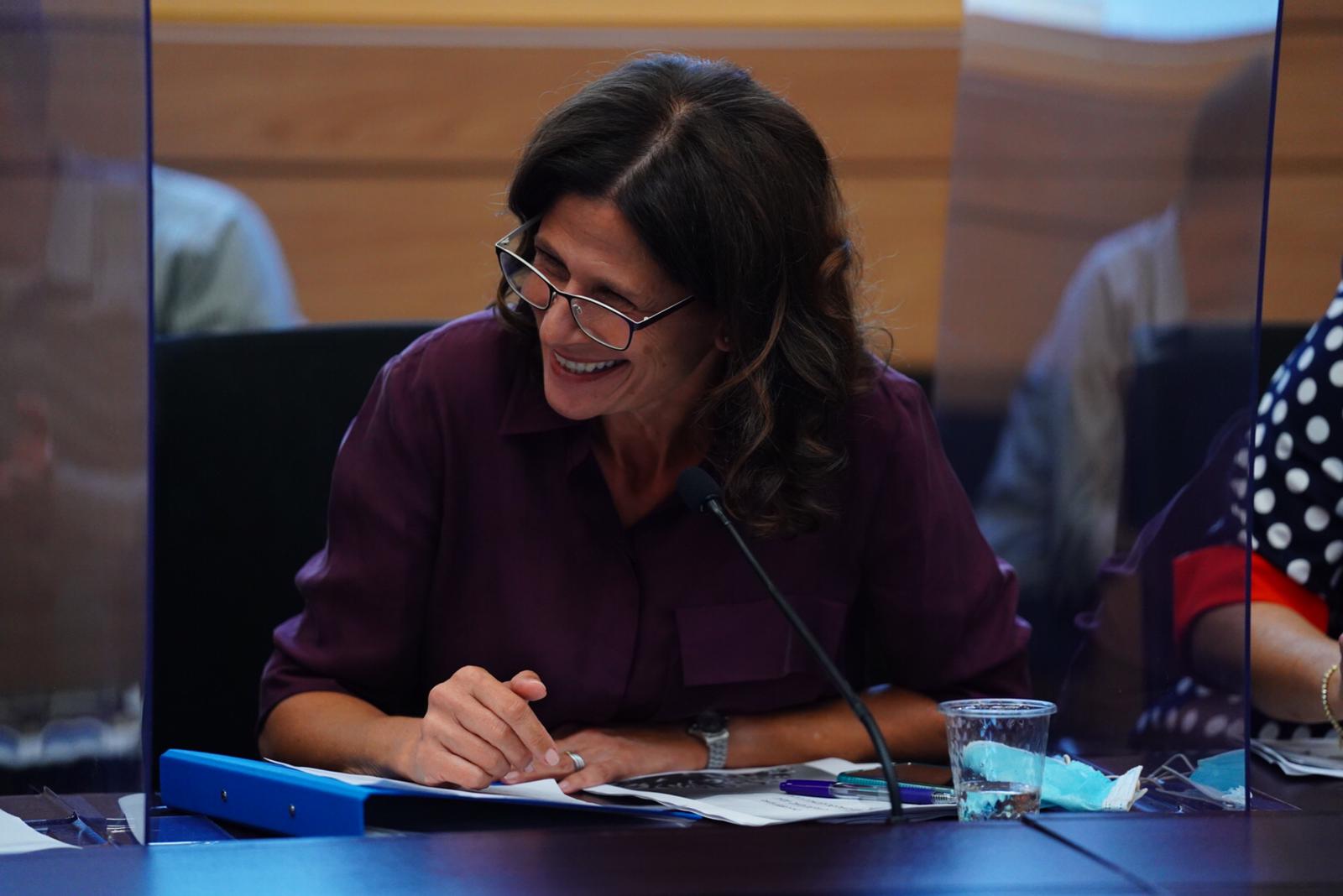 “With it, of course, we bring the opportunity we seek in the United Arab Emirates and Bahrain in teaching tolerance, engaging people to people; this is an incredible opportunity,” she continued. “When I speak of a bridge for peace, I think of the shared values the Abraham Accords signify by their very name. The focus on all that binds us together, rather than what separates us, and the opportunity for the power of moderation.”

According to Israel’s Ministry of Foreign Affairs, “Jews had lived in the Arab lands for thousands of years, and many of their communities preceded the advent of Islam and Christianity. But with the rise of Arab nationalism and the conflict in British Mandate Palestine, the new Arab regimes began a campaign of massive violations of the rights of their Jewish citizens. Arab states expropriated the property of their native Jews, and denaturalized, expelled, arrested, tortured and murdered many of them.”

In a speech to the Knesset in 2014, Israeli Prime Minister Benjamin Netanyahu said, “It is not for nothing that this day is marked on the day after the 29th of November [the day the United Nations voted to establish a Jewish and Arab state side by side]. The Arab countries, which never accepted the U.N. declaration on the establishment of a Jewish state, compelled the Jews living in their territories to leave their homes while leaving their assets behind. In several instances, the deportations were accompanied by pogroms and violence against Jews. We have acted, and will continue to act, so that they and their claims are not forgotten.”

Ellie Cohanim, deputy special envoy to Monitor and Combat Anti-Semitism at the U.S. Department of State, spoke about the Iranian Jewish community, to which she belongs.

Cohanim said that while the Jews enjoyed good times in these lands, depending on the ruler at any given time, there were also many pogroms and incidents of violence and anti-Semitism.

However, she emphasized, “over thousands of years, Persian Jews persisted.” 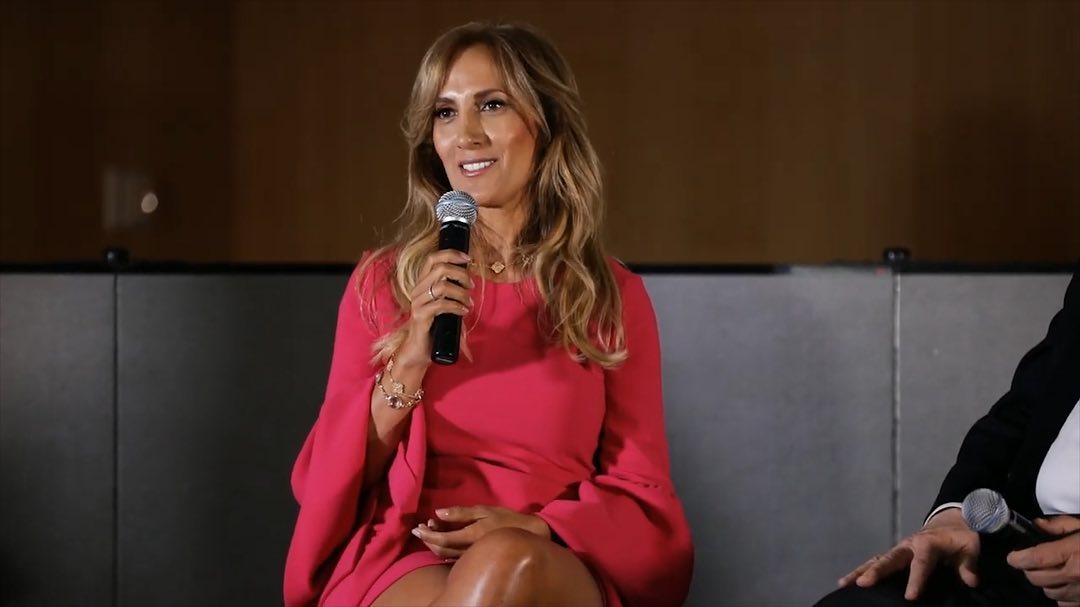 Fast-forward to 1979 and the rise of Ayatollah Ruhollah Khomeini, “and you see unfortunately a concurrent rise of anti-Semitism,” she said.

At the time, an estimated 100,000 Jews lived in Iran, Cohanim’s family among them. Many felt their lives were threatened. Her father was threatened to be reported as a “Zionist spy.”

“We had to flee the country along with 75,000 other Jews at the time after Iran’s regime executed the head of the Jewish community,” she said.

Today, the Iranian regime engages in what Cohanim calls “an obsessive anti-Semitism,” which, according to her, “is what motivates them through everything they do. Whether it is state policy to deny the Holocaust or their obsessive calls for wiping Israel off the face of the earth, or calling their special forces, the IRGC, the ‘Quds Force,’ which in Arabic means ‘Jerusalem.’ ”

“Why?” she asked. “Because it means they want to so-called ‘liberate’ Jerusalem from the Jews.”

“As part of that MOU, we agreed to work together to combat anti-Semitism,” she said. “So this is truly a historic moment. I think what we are seeing in the region is a clear division: You are either on the side of peace and coexistence, and for advancing a beautiful future for all of our children and grandchildren, or you are on the side of the Iranian regime.”

Sarah Levin, executive director of JIMENA (Jews in the Middle East and North Africa), said her organization is committed to achieving universal recognition to the heritage and history of the 850,000 indigenous Jewish refugees from Arab and Muslim countries.

According to Levin, JIMENA aims to combat any historical revisionism that erases the stories of the nearly 1 million Jewish refugees from the Middle East and North Africa.

She quoted Irwin Cotler, who said Mizrahi Jews were “subjected to Nuremberg-type laws.”

“Any narrative on the Middle East that does not include justice for Jewish refugees is a case study in Middle East revisionism,” she quoted him as saying. “It is an assault on truth, memory and justice.”

According to JIMENA’s website, “revisionist history of the Middle East excludes the fact that over half of Israel’s Jewish population live there not because of European atrocities during World War II, but because of anti-Semitic Arab governments who, under the color of law, dispossessed and displaced their native Jewish populations following the creation of the state of Israel in 1948.”

“That is the frame that has grounded JIMENA’s work from day one,” emphasized Levin.

Two of JIMENA’s stated goals are to educate the public on the history and heritage of Mizrahi Jews, and to advocate for the rights of Jewish refugees and their descendants.

‘A lot of hope in the region’

Seth Frantzman, a Middle East affairs analyst based in Israel (though not Mizrahi), recalled his experiences as a journalist traveling through Muslim countries.

He noted how in 2015, when he was in the Kurdish region of northern Iraq, he would introduce himself to natives as being from Canada. But his companion told people he was from Israel, and they would hug him and shower praises on him.

He also recalled his trip to the town of Alqosh in Iraq, where the ancient tomb of the prophet Nahum is located. The tomb had been completely restored after lying in ruin.

Frantzman emphasized that his experiences demonstrate a newfound public appreciation for Israel and the Jewish people that did not exist in the past.

“There is a lot of hope in the region in the last few years,” he said.

In Tunisia, Egypt, Iraq and other places, “there has been a huge attempt in the last few years to recognize the Jewish past,” added Frantzman.

“The amazing thing about the Abraham Accords,” he said, is that they provide an opportunity “for so many Jewish Mizrahi voices to play a huge role in this.”

“There is a hunger to get past 70 years of denial,” he said. “The Abraham Accords have ‘kashered’ the image of Israel.”

Frantzman said the accords provide a bridge that connects Israelis and Jews around the world to the Gulf and other countries.

“There are many groups, such as the Kurds, who want to learn about the Jews, and they want to reach out,” he noted.

He encouraged the establishment of museums, cultural centers and intercultural exchange in those countries in order to educate the public about their Jewish citizens’ past and the future they can now share.

Cotler-Wunsh ended the conversation by adding that the “trustees of human rights worldwide “cannot fulfill their mandate so long as the singling out of the Jewish state, of the Jews, of one minority, continues throughout the world.”

She said the State of Israel must “endorse international law and utilize the language of rights in order to rise from the docket of the accused.”

Echoing Cohanim, Levin and Frantzman, she called for efforts to educate the public in Arab and Muslim lands about the historical wrong committed against the Jewish refugees from those lands, and to connect “the historical pieces of ancient Jewish communities” and to “transform what was trauma to real bridges of peace.”

“I really see this as a tremendous opportunity,” she said.

The post Transforming trauma: How Jewish voices from Iran and Arab lands can be a bridge for peace appeared first on JNS.org.