Netanyahu: July is our target date for applying sovereignty

You may not find it surprising that Mordechai and Esther are the most popular in our (wildly unscientific) JNS “Favorite Purim Person” poll.

After all, Esther was a young orphan girl living in Shushan, the capital city of Persia, minding her own business when her uncle informed her that she would be competing in a beauty contest with the possibility of becoming the next queen of Persia.

Having emerged as winner (and spending half a year learning the intricacies of royal personal grooming) and keeping her Jewish identity to herself in the face of Haman’s edict to destroy all the Jews, she would display great courage in daring to approach the king without being invited—and equally great tactical brilliance in setting up Haman’s defeat, ending in his swing from the very gallows he’d built for Mordechai.

As for Uncle Mordechai (some say he was Esther’s cousin or even her husband, but we won’t go there), as you may recall, he raised the hackles of the king’s evil adviser, Haman, by refusing to bow down to him like everyone else. Mordechai also galvanized his niece’s courage with these words: “Who knows if it is not for just such a time that you reached this royal position?” For these remarkable acts alone, the two were top choices in the balloting.

“It’s got to be Mordechai,” says Israel Brown of Petach Tikvah, who was playing his guitar last week up the steps from the Western Wall (Kotel) in Jerusalem’s Old City. “He swims against the stream and wouldn’t bow to Haman. He did what he had to do, but with patience and the belief that G-d would send a miracle to save the Jewish people.” Among the votes for Mordechai, one came with a caveat. “If I had to choose my favorite character from the Purim story, I would say Mordechai … but with an asterisk,” says Rabbi Leora Kaye, director of programs for the Union for Reform Judaism. “While I disagree with his encouragement of Esther’s initial introduction to the king and palace life, I do believe he is a character with backbone and one who eventually becomes an ally for Esther, encouraging her to use her own voice for the good of her people in a strong and clever way.”

Of course, it was Esther who, snatched from her home to ascend the throne as queen, risked her life, throwing herself at the mercy of the somewhat quixotic king. (Consider his nasty treatment of her predecessor Vashti, see below). It was Esther, after all, who beseeched the Jews of Shushan to fast and pray with her for three days and nights.

“At first, Esther didn’t want to go before the king,” Tirtza Abramson, a mother of seven from Beit She’an, reminds us. “But suddenly, she got it, and she knew what she had to do. The beautiful thing is that as soon as she got it, everything changed completely.” And, adds Abramson, who was leaving the Kotel when JNS caught up with her last week, “it made me realize how big change can happen in a moment—how you can suddenly become smarter and stronger than you were a minute before.” Tirtza Abramson, a mother of seven from Beit She’an who views Esther as her favorite Purim person. Credit: Courtesy.

Another Esther vote came from Rabbi Susan Silverman, also an author and activist who lives in Jerusalem with her family. “My favorite character used to be Vashti, of course, for standing up to the bulls*** she was commanded to do,” she says. “But it’s become Esther. Esther who went from the most vulnerable in society, an orphan, to not only acting bravely, but then demanding that she be recorded and actively remembered in Jewish and Persian history.”

As for the deposed queen Vashti, she also got a vote.

As you may recall, her quick exit from the scene (whether she was exiled or beheaded for refusing to dance before the assembled revelers is still open for debate) left a vacancy for a new queen. “Vashti speaks to us today,” says Keren Spigelman, who at 24 has finished her Israeli army service and is working towards a degree in international relations at the Hebrew University of Jerusalem. “In this day and age, it makes sense that a woman would say ‘no’ to being shown off like that. I think she deserves some respect, and she certainly didn’t get it from her husband.”

She thought a moment before adding, “Today, she would.”

Never one to swim with the crowd, Rabbi Shmuley Boteach awards his vote to the villain Haman “because he represents at first the ferocious and terrifying face of unalloyed evil,” says the author of Kosher Sex, 10 Conversations You Need to Have with Your Children and a host of other titles, as well as founder and president of the World Values Network, “only to be exposed as a bungling genocidaire wannabee whose vanity proves his undoing.” 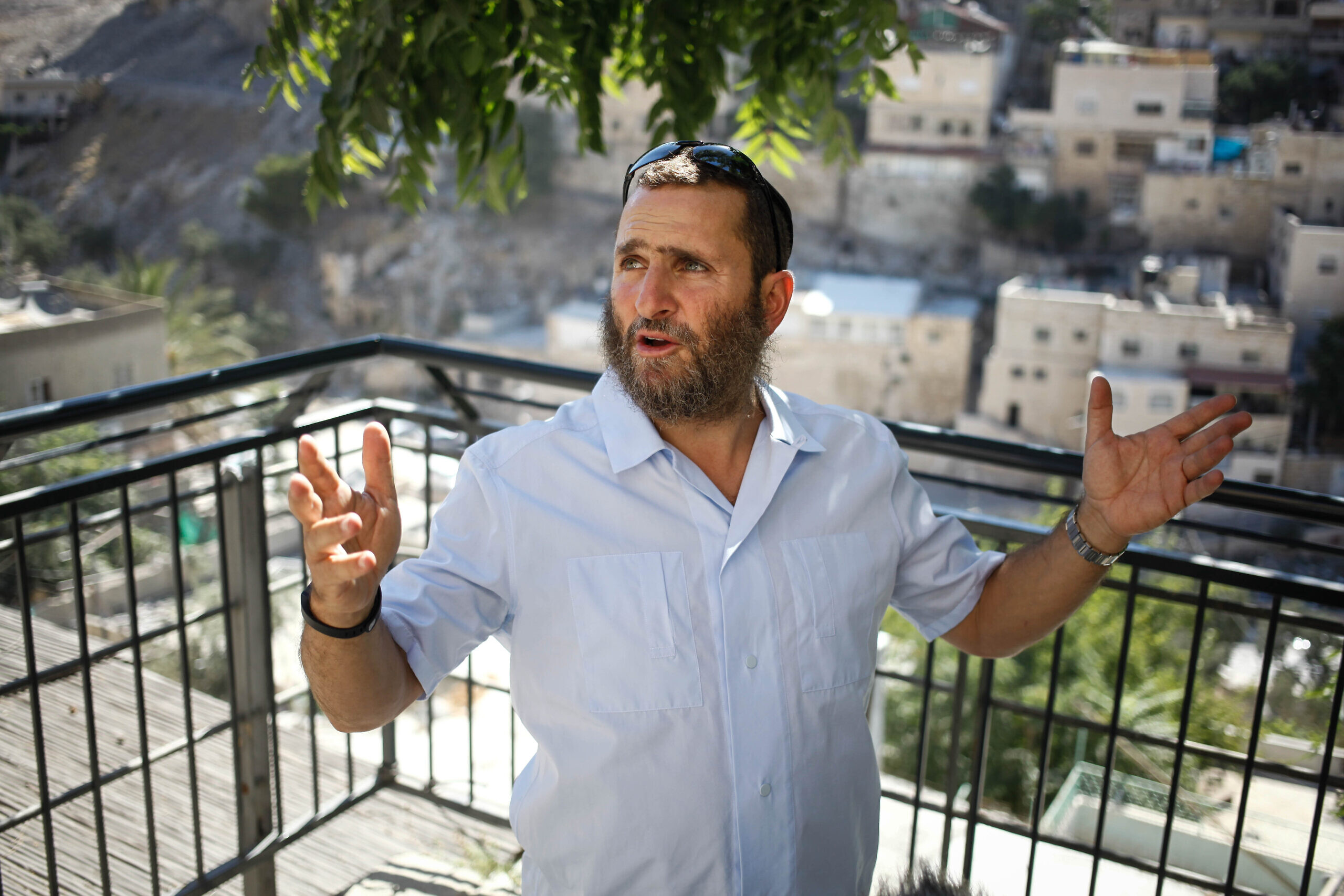 Also thinking outside the box is Rachel Trugman, a family therapist and educator who lives in Mevo Modi’im, the moshav founded by the late Rabbi Shlomo Carlebach. Trugman opted for Hathach, a chamberlain to the king, who ran messages back and forth between Esther and Mordechai, including showing her a copy of the deadly edict.

“He was like the spy who came in from the cold. His role is very hidden, but he’s a key player because those messages set up the entire drama,” says Trugman. But, she adds, “he’s really Eliyahu Hanavi [the prophet Elijah], who never died, so he comes back throughout Jewish history whenever and wherever he’s needed.”

Kaye observes that “the beauty of the Purim story is that, like in many of our Jewish texts, the characters work equally as archetypes and as genuine, real people with both inspiring strengths and flaws.”

After succeeding in thwarting the severe decree against the Jews, seeing Haman hung and getting permission for the Jews to defend themselves throughout the kingdom, Esther and Mordechai declared that the 14th of Adar would be celebrated Jewishly forever more.

This year, the date on the Jewish calendar corresponds to March 9, with the holiday beginning at sundown and continuing until the evening of March 10, and in walled cities like Shushan (and Jerusalem) one day later, from sundown on March 10 until the evening of March 11. Jews everywhere are to read the Megillah (Scroll of Esther), offer charity to the poor, give treats to friends and neighbors, and share in a festive meal (the four mitzvahs associated with the holiday). Dressing in costume and indulging in three-cornered stuffed cookies called hamantaschen followed suit (as did alcoholic drinks) to celebrate the miraculous rescue of the Jewish people. The Purim story also speaks to Mark Wilf, who chairs the Board of Trustees of the Jewish Federations of North America and also happens to own the Minnesota Vikings). For him, Mordechai is an easy choice. “He is wise, humble and righteous, and not afraid to speak truth to power. He’s an excellent strategist—knowing when to reveal, and when not to, all great qualities for a leader,” says Wilf.

But on a deeper level, he has another connection. Wilf’s Hebrew name is Mordechai, after his grandfather, Markus Fisch, a Holocaust survivor who found a new home in the United States.

“He died prematurely, as his health had been compromised by being hidden by my grandmother—my role model and heroine—under the floorboards of a barn for nearly two years in Nazi-occupied Poland,” explains the grandson who carries this legacy with him. “I am mindful each day that I must earn my name,” he says, “striving to emulate the qualities of these two powerful figures in my life.”

The post Who’s their favorite Purim person and why? appeared first on JNS.org.