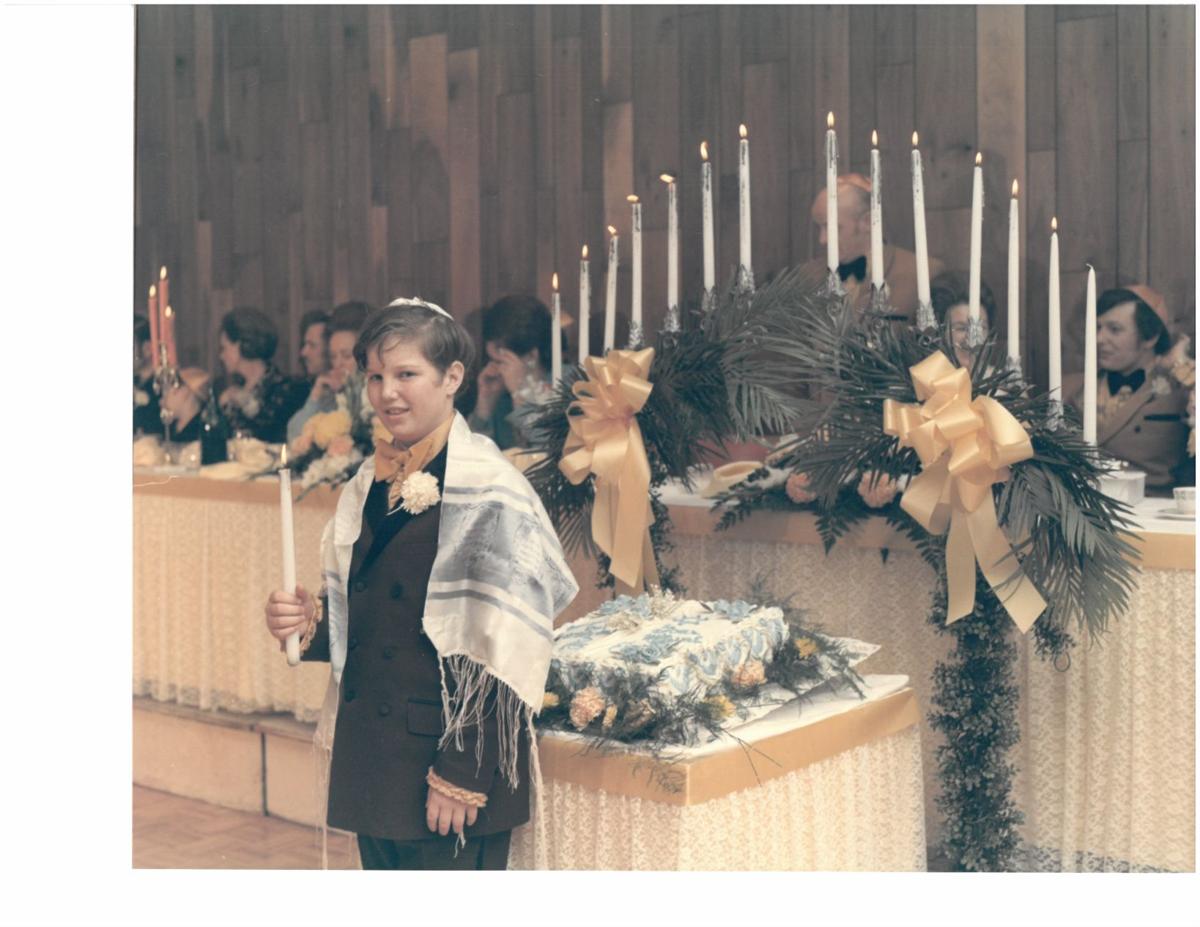 Alvie Markowitz, then 13, lights the candles at his 1970 bar mitzvah. 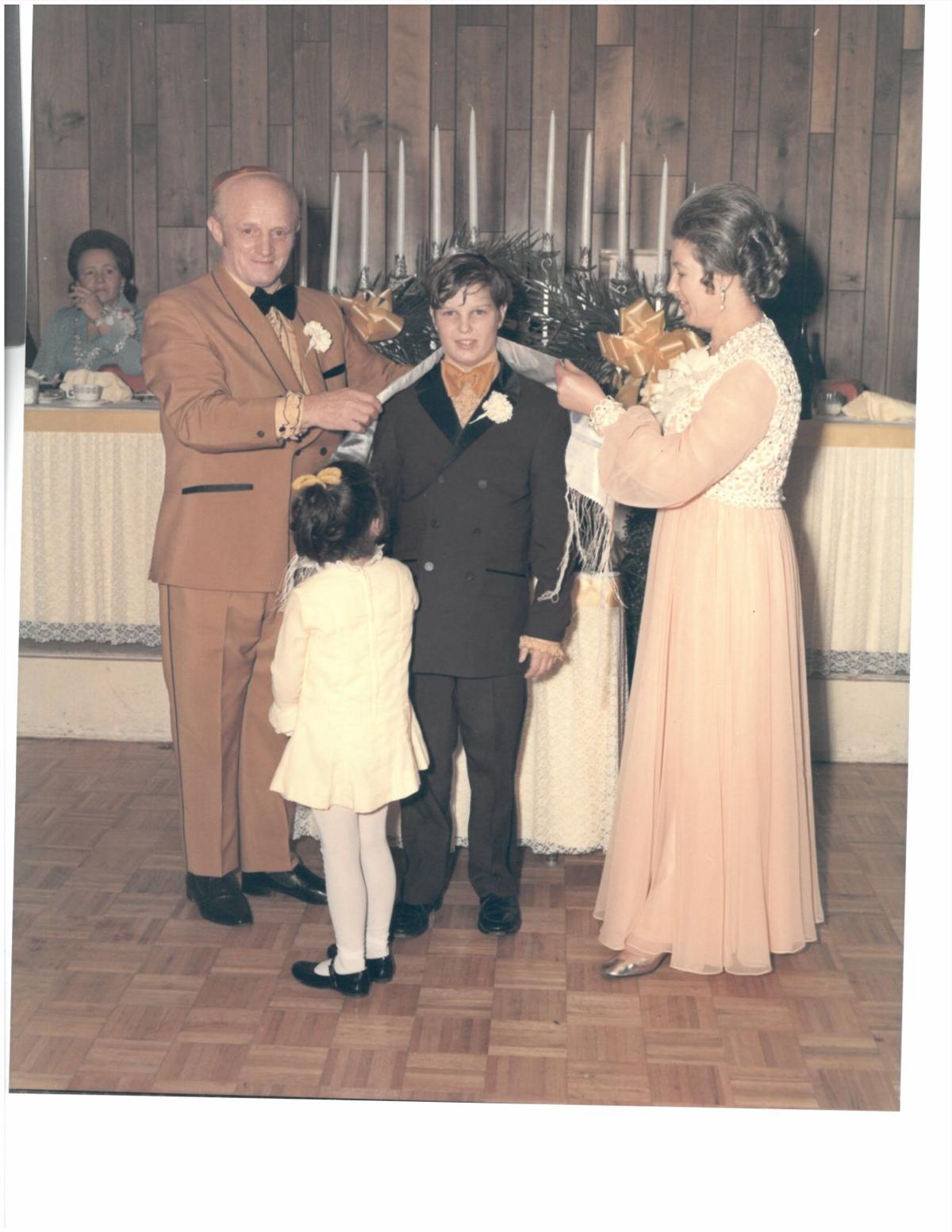 Alvie Markowitz with his parents, Jack and Lili Markowitz, and younger cousin Leah Mandel at the party portion of his bar mitzvah at the then-Academy Party Center in Cleveland Heights.

Alvie Markowitz, then 13, lights the candles at his 1970 bar mitzvah.

Alvie Markowitz with his parents, Jack and Lili Markowitz, and younger cousin Leah Mandel at the party portion of his bar mitzvah at the then-Academy Party Center in Cleveland Heights.

Alvie Markowitz’s Dec. 27, 1970 bar mitzvah came at a busy time in his family’s life. One of his older brothers had just gotten married, the other would marry soon after the bar mitzvah and Markowitz had just celebrated his 13th birthday weeks before.

However, the abundance of lifecycle engagements didn’t prevent his extended family from showing up for the bar mitzvah at the former Marmaresher Jewish Center in Cleveland Heights and the party that followed. Markowitz says he had between 150 and 200 guests, most of whom were family. Consequently, only about four or five friends attended.

“Not too many because our family was so huge,” he says. “You didn’t invite the whole class.”

Growing up attending the Orthodox synagogue whose congregation consisted largely of Holocaust survivors and their families, Markowitz says the learning portion of bar mitzvah preparation was intense. He says he was a little nervous for the day, but seeing his two brothers go through it and his father’s comfort with public speaking helped him take it in stride.

“Usually, in my family, we like to stand up in front of microphones,” he says.

Markowitz says his family identified as Modern Orthodox and defined that as being Orthodox “in a way of praying,” yet they typically drove to synagogue during Shabbat (but not on the High Holy Days).

However, he says his rabbi, Rabbi Jules Lipschutz, requested that the night before the bar mitzvah, Markowitz sleep at his aunt’s home, which was closer to the synagogue, because he didn’t want him being driven there the next morning.

After the religious portion, Markowitz, had lunch at the rabbi’s home, and then the party began. He remembers a band played orchestra-style music and that dinner included roasted half-chicken. He also remembers that every man in his family wore brown tuxedos, and that at some point, someone might’ve handed him a glass of whiskey to drink.

Moreover, he didn’t mind that it was mostly family – some of his cousins were his best friends, and the family was close knit.

He says although his parents, Jack and Lili Markowitz, who were Holocaust survivors, had already seen his brothers go through the bar mitzvah process, his was nonetheless special to them.

“They were very proud of the fact that they were on their third bar mitzvah – their third son – and they were proud to see me become a man,” he says.

Although Markowitz is no longer Modern Orthodox – he now belongs to both B’nai Jeshurun Congregation, a Conservative synagogue in Pepper Pike, and the Temple Israel Ner Tamid, a reform synagogue in Mayfield Heights – he says learning for the bar mitzvah in the “Orthodox way” helped him become active in Jewish life as he grew up.

“It gave me the whole basis for my Judaism today,” he says.