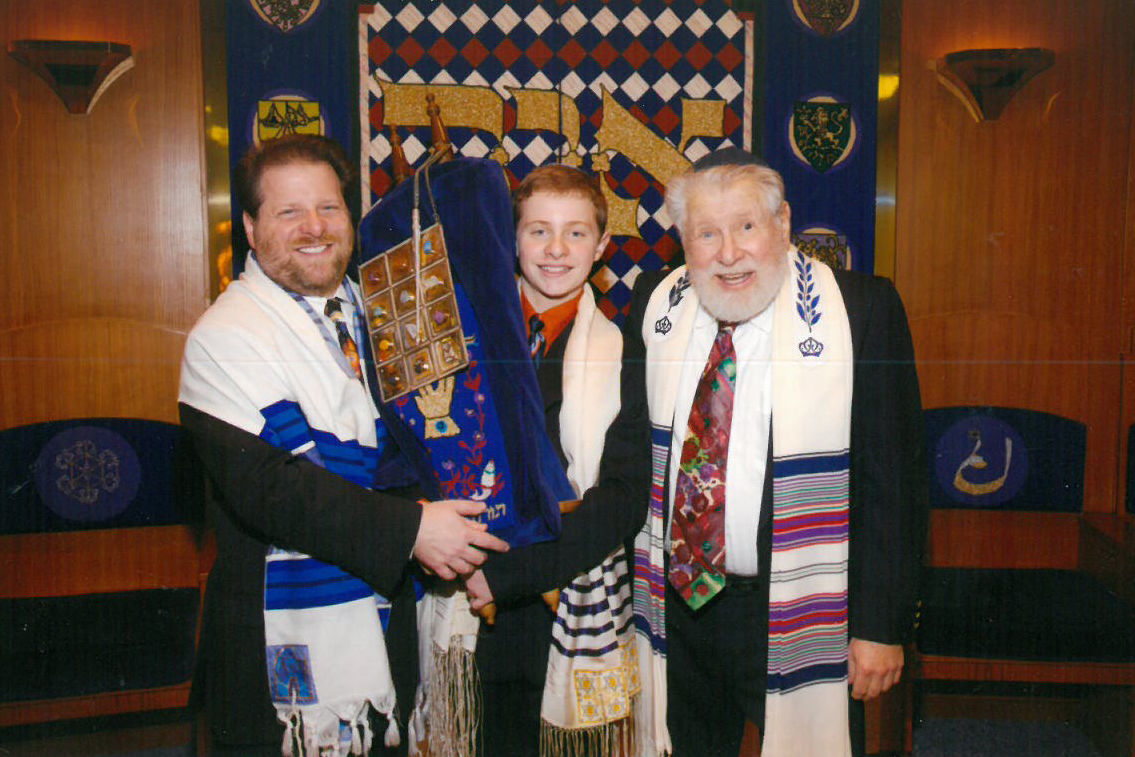 Rabbi Matthew Eisenberg, from left, of Temple Israel Ner Tamid with his son, Teddy, and his father, Rabbi Frederick Eisenberg at Teddy’s bar mitzvah in 2006. 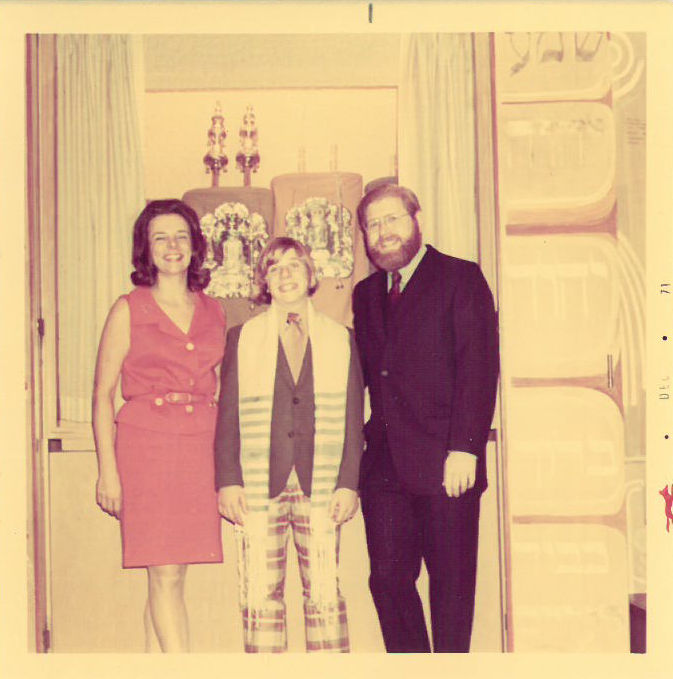 Rabbi Matthew Eisenberg with his parents, Helen and Rabbi Frederick Eisenberg, after his bar mitzvah in 1971.

Eisenberg turned 13 five days later, so it would have made sense to have the bar mitzvah Dec. 17. But that date fell during Chanukah, and a Chanukah family service was scheduled, he recalls.

“You can’t really move the Chanukah family service from Chanukah,” he says. “A bar mitzvah, you can move a little. But it was just fine.”

A friend of Frederick Eisenberg’s – the Rev. Don Strobe, who served as pastor of the United Methodist Church in Grand Rapids – gave the blessing over Eisenberg and his parents in front of the ark.

“And he said to me, ‘Matt, we’re all the same height in G-d’s eyes.’ Of course, he shared that with the whole congregation. It got a big laugh, and as a kid, it’s good to have a big laugh.”

Eisenberg’s family had some Israeli friends who attended the bar mitzvah.

“After the Six-Day War in 1967, the Israeli military went into cooperation with Lear Sigler (Inc.), which had a big office in Grand Rapids,” he says. “When my mom and dad found out that Israelis were coming to Grand Rapids, they went to the airport, and they met these Israelis.”

The crowd of about 250 people also included “a couple rows” of Eisenberg’s friends from junior high school, he says.

“I remember, of course, being relieved and satisfied when it was over, and I remember my mom and grandmother did a lot of baking for the oneg Shabbat, and the goodies were delicious,” he says. “If it had been a disaster, I probably would remember more. But I felt I did a good job.”

For the party the next day, Eisenberg and his guests went to the home of a family friend who had a farm. They played records, enjoyed food and punch and went on a hayride.

“It was appropriate for a 12- or 13-year old,” he says. “We had a great time. As a rabbi, I encourage people to keep the celebration joyful, but appropriate to the age.”

Eisenberg, 57, succeeded his father as rabbi at what was then Temple Israel of Greater Cleveland in 1996, and he played a key role in that temple’s merger with Temple Ner Tamid of Euclid in 1997.

“My father was my first role model,” he says. “If he were not a rabbi, I don’t know that I would have thought to become a rabbi.”

Eisenberg, who earned his bachelor’s and master’s degrees from Miami University in Oxford, was ordained as a rabbi at Hebrew Union College – Jewish Institute of Religion in Cincinnati in 1991.