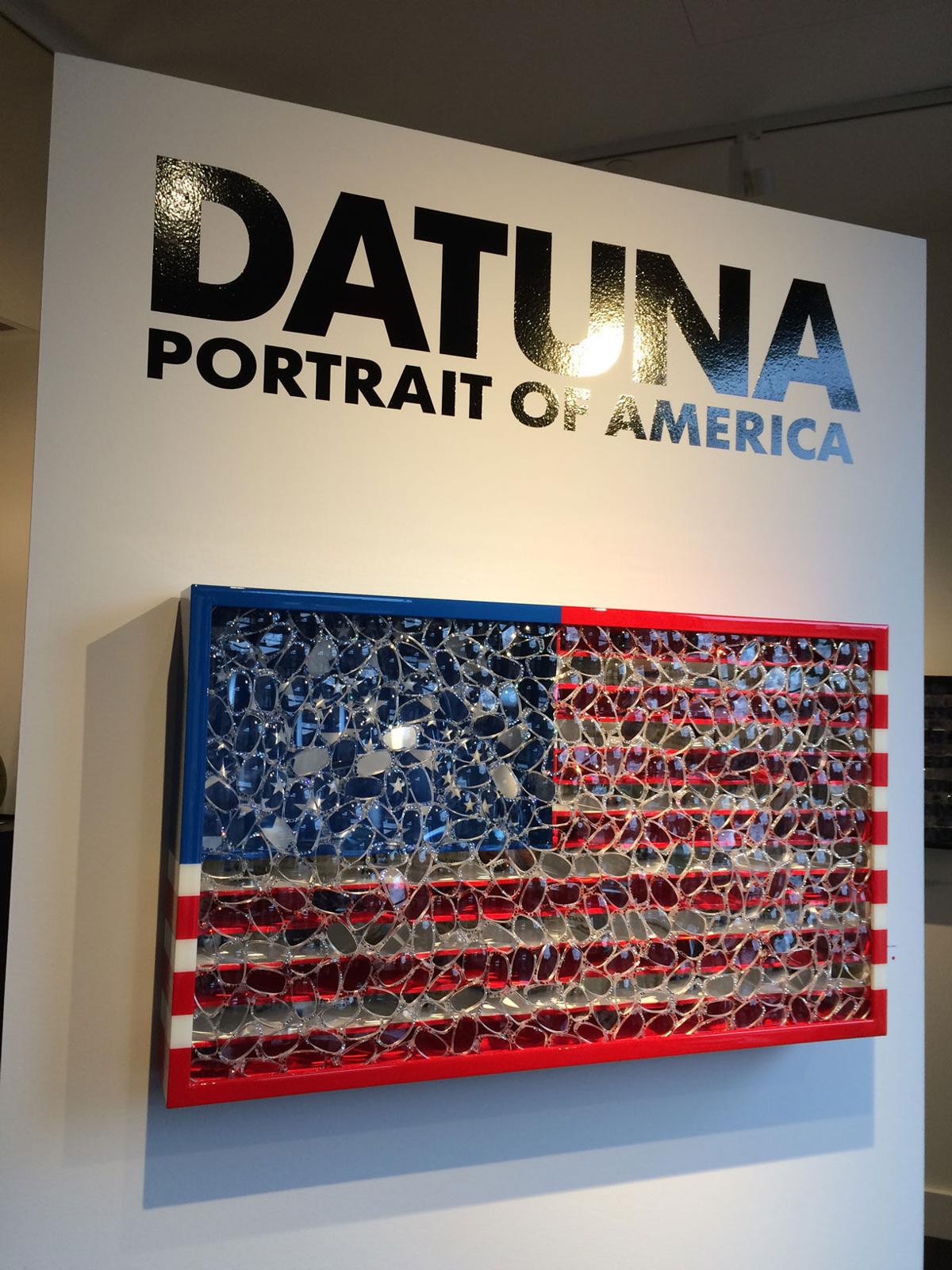 David Datuna’s flag greets the visitor to the Contessa Gallery in Lyndhurst. 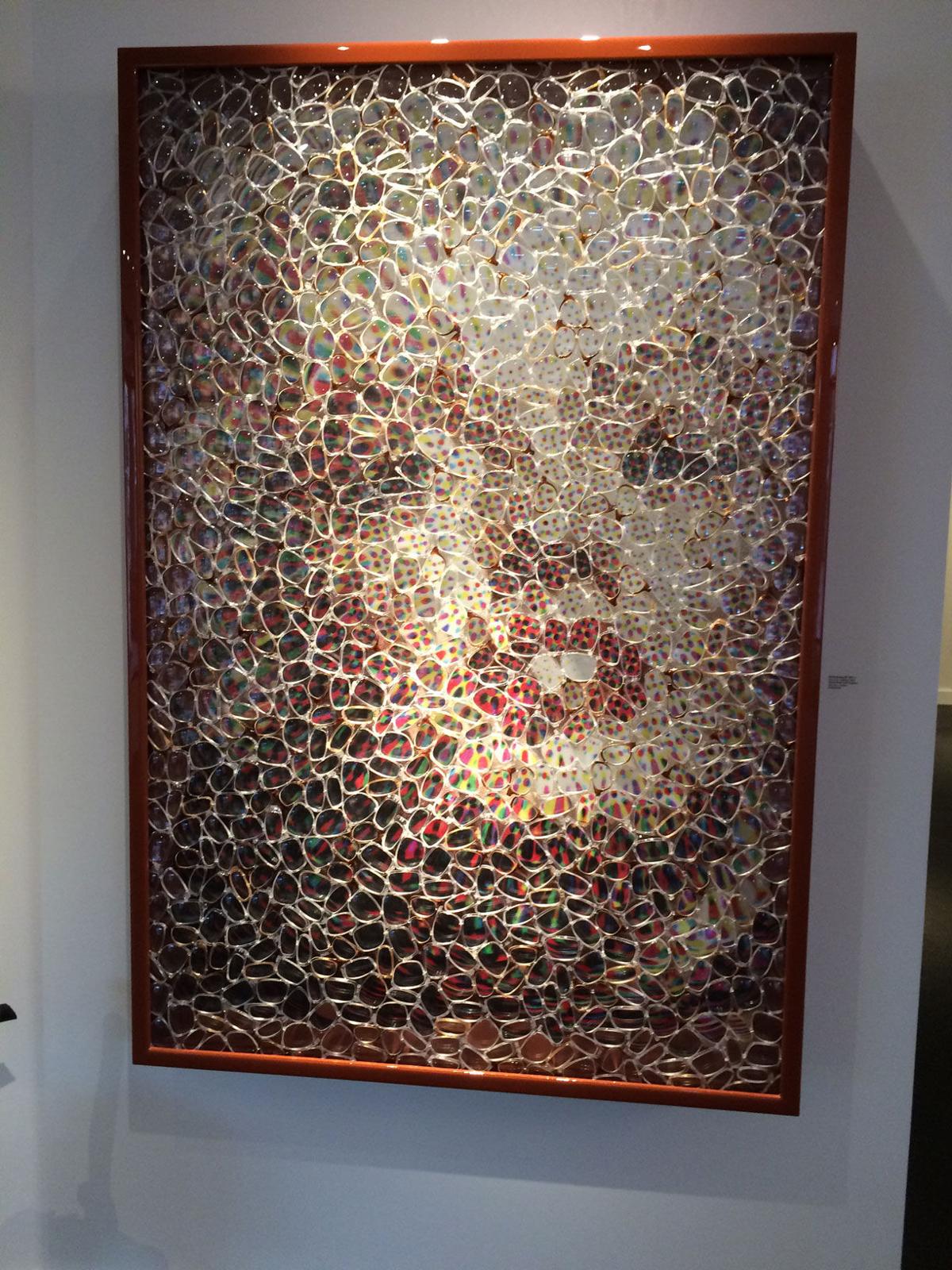 David Datuna’s flag greets the visitor to the Contessa Gallery in Lyndhurst.

Regard “Eye to Eye: Marilyn” straight on and you’ll see Marilyn Monroe. Move to either and Marilyn will smear. Walk right up to the blonde bombshell and peer through the eyeglass lenses that so change the view in this wall sculpture, one of 21 by David Datuna on view at the Contessa Gallery in Lyndhurst, and you’ll see daubs of paint, mostly red and green, that provide the background.

Like Datuna’s other works, “Eye to Eye” seems to acquire a new dimension with each approach. That’s typical of the creations of this Georgia-born artist, who when he first exhibited at Contessa in late 2013 said his goal was to “provoke each viewer to look beyond the surface and understand the journey.”

(That’s Georgia as in Russia, by the way.)

Datuna has experimented with Google Glass; he uses eyeglass lenses, or diopters, in his brand-identity pieces and celebrity portraits (a young Steve Jobs, Datuna-treated, eagle-eyes Marilyn across the Legacy Village gallery), and he’s wildly successful, according to Steve Hartman, co-owner of Contessa with longtime partner Karen Tscherne.

A good many of the Datunas at Contessa will go to the San Mateo Convention Center for Arts Silicon Valley Oct. 8-11 and then to Art Miami for Basel Week Dec. 1-6, Hartman said. But a selection will remain at Contessa through the end of the year.

In a Sept. 10 telephone interview, Datuna said he plans to exhibit the three pieces in his “Viewpoints of Millions: Israel Beyond a Dream” project in Tel Aviv in 2016; the latest iterations use Swarovski glass, he noted.

But the material is less important than the thought, he suggested. “It’s not about glass, it’s about the connection between art and technical things.

“It’s going to be Google Glass or something else,” Datuna said. “It’s about the idea.”

WHAT: David Datuna: Portrait of America