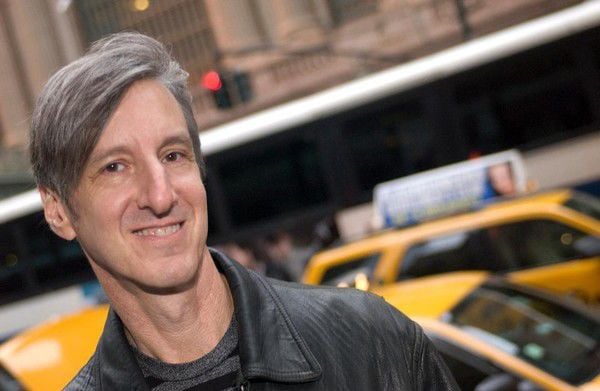 Bestselling author and National Press Club award-winning comedian Andy Borowitz – who has been called a “Swiftian satirist” by The Wall Street Journal and “one of the funniest people in America” by “CBS News Sunday Morning” – is coming home to Cleveland for just one performance.

He will be at the KeyBank State Theatre in Playhouse Square at 8 p.m. Dec. 7.

Borowitz’s “Make America Not Embarrassing Again” tour has been selling out coast to coast with political satire that, according to The Los Angeles Times, has made him “an ideological brother to Stephen Colbert and John Oliver and a descendant of Will Rogers and Mark Twain.” His “Borowitz Report,” which distills the news of the day into Haiku-style brevity that delivers unique insight and perspective, is one of the most popular features of The New Yorker magazine.

The Cleveland Jewish News caught up with the 61-year-old former Shaker Heights resident and former congregant of The Temple-Tifereth Israel in Beachwood at his home in New York City, where he returns between engagements from a tour that began last year.

“The tour began during mid-term elections and we are currently looking at the general election, so if ever there was a time for a conversation about where this country is and the direction it should go, well, it’s now,” Borowitz said.

He started bringing his show – 90 minutes of stand-up material with a heavy dose of audience question and answer – to small venues in New York and New Jersey, where big crowds of loyalists inspired taking the show on the road to predominately blue and purple states.

“I’m not great at changing people’s minds, but I’m all in when it comes to preaching to the choir,” Borowitz said. “I want the choir to get out and vote.”

His voice as a comedian and commentator was formed while at Shaker Heights High School, where he wrote satiric versions of the school paper. It was honed at Harvard University in Cambridge, Mass., where he wrote for its humor publication and parodied the campus’s serious newspaper, “The Crimson.” After college, in the 1980s and early-’90s, Borowitz cut his teeth as a professional writer on television sitcoms, including “The Fresh Prince of Bel-Air,” “Archie Bunker’s Place” and “The Facts of Life,” the latter of which was – in his words – the “worst TV show ever produced” for which he was “the worst writer ever to work on it.”

Much of his subsequent success was the result of being in the right place at the right time and embracing what Borowitz calls “the improv principle of saying ‘yes, and …’ to opportunities” like The New Yorker and the Moth podcasts he hosted for 10 years.

When informed that 90-year-old stand-up comedian Bob Newhart is back on tour because he “loves the danger” and Billy Crystal went on tour because he “missed performing in front of people,” Borowitz suggested touring for him is the antithesis of the solitary act of writing – the “one-on-one with the page” – that he does when not on tour.

His brand of performance tends to be conversational and highly interactive, and nothing refreshes his material more – which addresses the recent decline of American standards – than feeding off the questions, concerns and opinions of an intelligent, vocal and like-minded audience.

“And they come out of a show with a lot of hope,” he said. “There is something encouraging and not so isolated and alienating about sitting in a room with a large group of people who are all on the same page.”