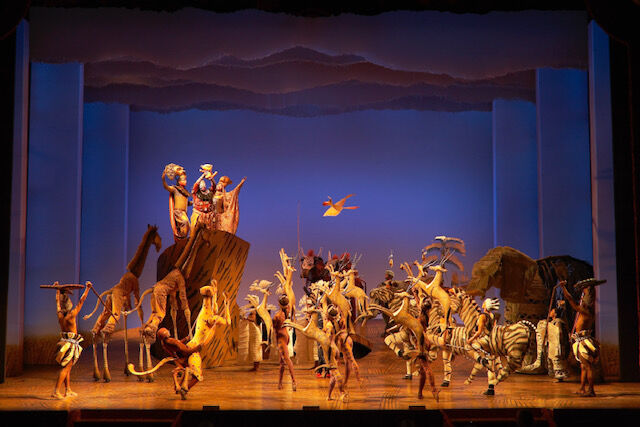 “The Lion King’s” opening number, the “Circle of Life.” 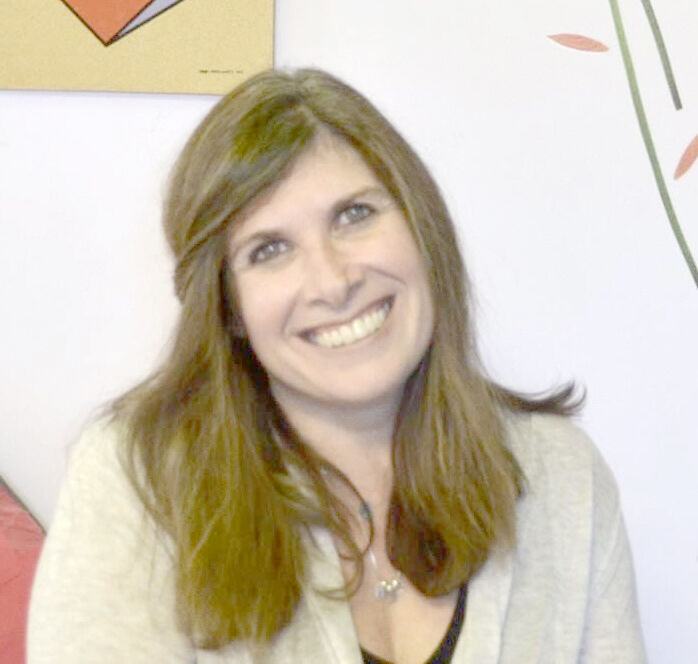 Who would have thought that a journey from Cleveland to the mystical African Savannah would be as easy as a trip downtown to witness the magic of Disney’s “The Lion King”?

After 18 months of dark stages, Playhouse Square is the first stop for this timeless show, with music and lyrics by the legendary Elton John and Tim Rice, and featuring music by South African musician Lebo M. The energy of the audience was palpable as attendees anxiously anticipated the curtain rising; a feeling of “normalcy” during a time when we still walk on shaky ground. “Hakuna Matata ... it means no worries … .” This production of “The Lion King” allows us to glide with giraffes, prance with gazelles and snicker with hyenas for 2 ½ hours – worry free.

“The Lion King” burst onto the Broadway scene in 1997 and remains one of the most popular shows to date. Set in the imaginary “Pridelands” in Africa, this coming of age story is not an original one. Shades of Shakespeare’s “Hamlet,” and familiar Torah themes of sibling rivalry are evident as we encounter King Mufasa, attempting to pass his wisdom and leadership abilities on to his young son, Simba, the next king. Mufasa’s evil brother, Scar, has his eye on the throne and plots to kill them. As Simba grows up in exile, he tries to put tragedy and guilt behind him, but discovers that it is impossible to move forward without confronting your past.

The plot is basic, but Julie Traymore’s enthralling direction and outstanding costumes make for one of the most awesome, incomparable visual experiences ever to occur onstage.

The opening sequence is literally breathtaking as “animals” fill the stage and the aisles in what can only be described as a master class in puppetry. One jaw-dropping piece of staging leads to the next, until you feel like you have seen it all. But the surprises never end. Mufasa states, “Everything is connected in the great circle of life.”

This is perfectly illustrated in the way the actors become one with their animal costumes. The movement is fluid as the actors’ bodies move seamlessly with their puppet pieces; it is a marriage between humans and nature. The ensemble truly shines, not only in their adept execution of Garth Fagan’s unique and exceptional choreography, but vocally as well, with impeccable harmonies and boundless spirit. In fact, occasionally, the soloists are overshadowed by the sheer energy of the ensemble.

The vocals that soar above the rest belong to Rafiki (Gugwana Dlamini) and Simba (Darian Sanders). From the first moment, Dlamini grabs us by the heart with her jubilant, gloriously gritty tone in one of the most memorable songs from the score, “The Circle of Life.” Sanders’ rendition of “Endless Night” is simply stunning. He plays the role of Simba with a twinkle in his eye, but with honest vulnerability.

Spencer Plachy as Scar is the guy you love to hate. He is delightfully evil with his snide delivery, even sneaking in an occasional snarl. As Mufasa, Gerald Ramsey shows his versatility, carrying himself with plenty of bravado as a leader, and tenderness as a father. Jaylen Lyndon Hunter and Nia Mulder delight as the mischievous Young Simba and Young Nala. It is so much fun watching Hunter command the stage with his cheeky humor, top-notch dance moves and ability to tap into his serious side. Mulder is perfectly sassy and spunky, as is Kayla Cyphers as the older Nala. Cyphers impresses with both her grace and her strength, although her vocals are uneven.

You would think that Nick Cordileone and Ben Lipitz, as Timon and Pumbaa, were plucked right out of the animated film. They have great chemistry and comic timing, and children in the audience sit up straighter when they appear. Jurgen Hooper as Zazu is one of the highlights of the production. He is a scene stealer with his facial expressions, his sense of humor and his physicality with his bird puppet. Martina Sykes, Keith Bennett and Robbie Swift as the hideous and hilarious hyenas are lots of fun, but vocally they have trouble holding their own with the talented orchestra, and their song lyrics are muddled.

Kudos to the cast and crew for not only keeping the production fresh, but making it feel shiny and new. This show is a spectacle that is unlike anything else you will ever see. Playhouse Square follows strict COVID-19 protocols, making it easy to enter back into the world of live theater that we have so desperately missed. Disney’s “The Lion King” is the perfect vehicle to welcome us back with open arms.

Sheri Gross is a performer, director and freelance writer from Solon. She was the director of the Mandel JCC Playmakers Youth Theatre and Pilloff Performing Arts Camp for over 20 years and is the director of creative programs at Gross Schechter Day School in Pepper Pike.

WHAT: Disney’s “The Lion King”