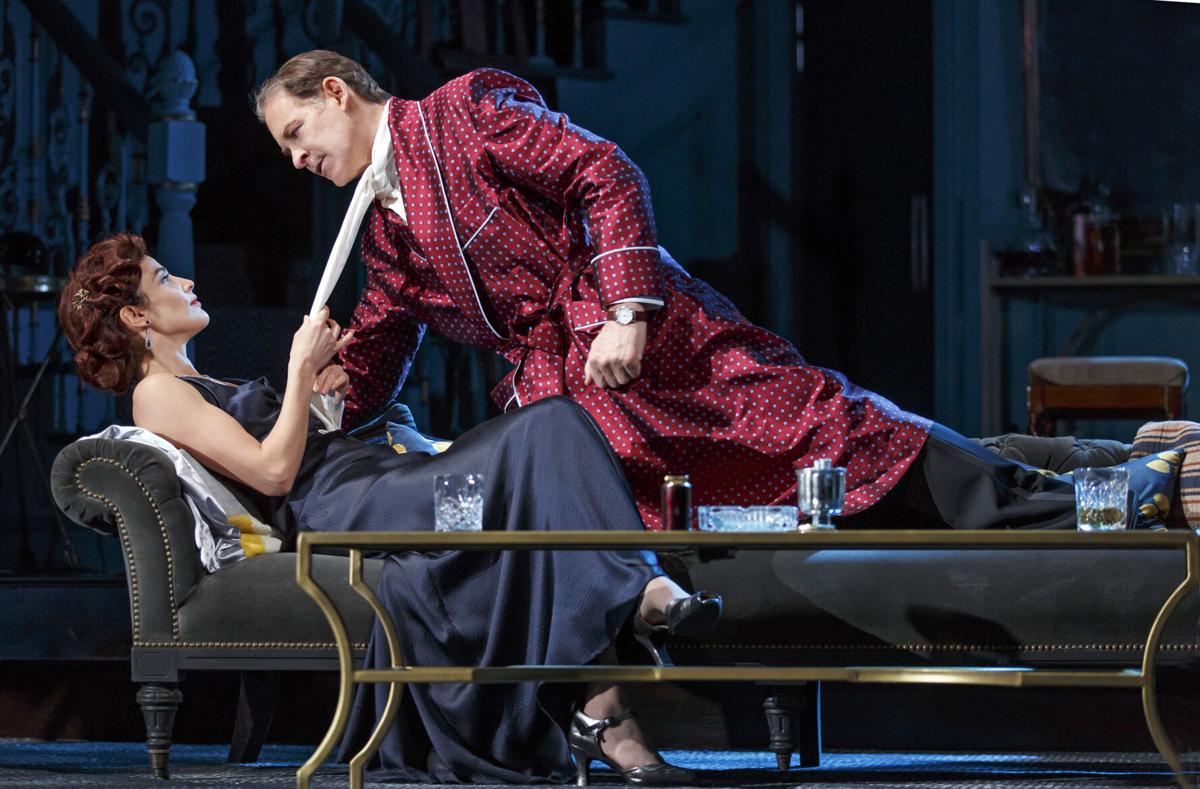 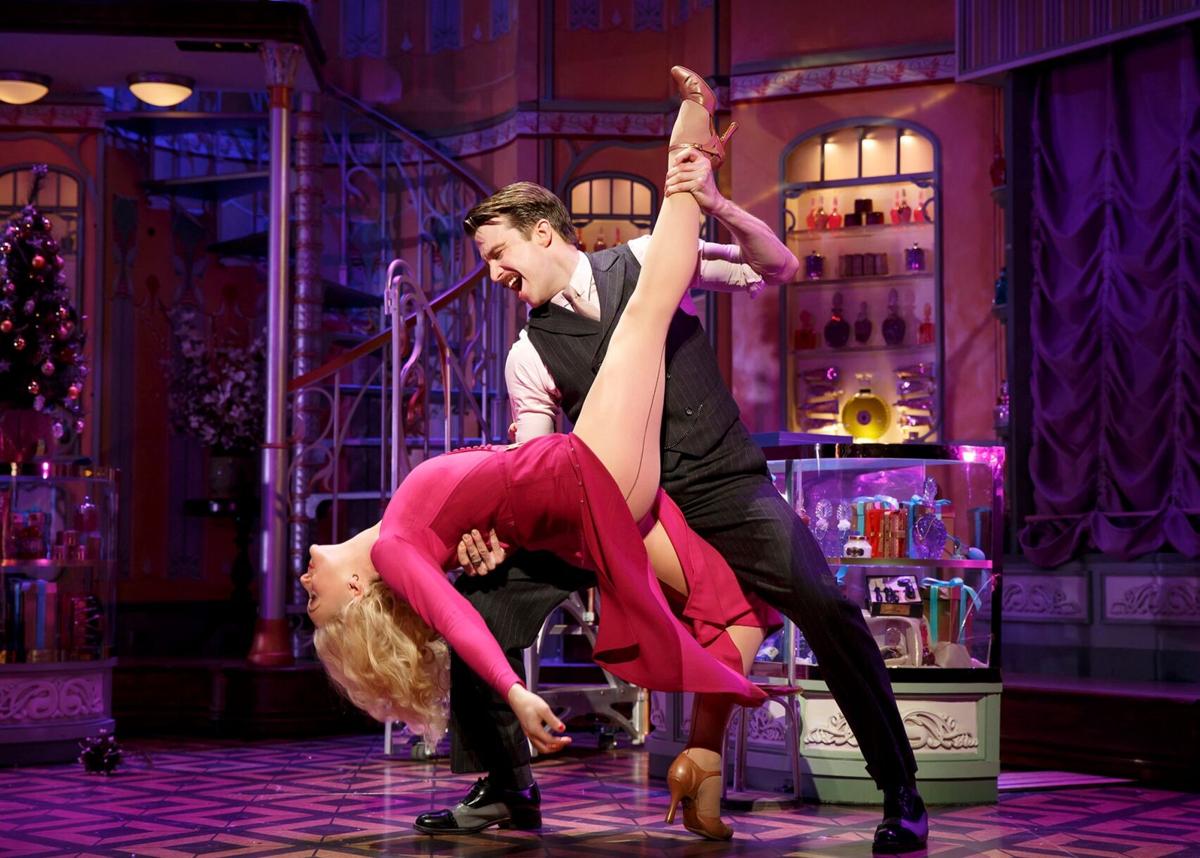 Gavin Creel and Jane Krakowski in “She Loves Me.”

Gavin Creel and Jane Krakowski in “She Loves Me.”

As part of its Broadway At Home series, Great Performances will be rebroadcasting recorded live theater favorites on PBS, beginning July 24 with the 2016 revival of the musical, “She Loves Me.” This will be followed July 31 by the 2017 revival of Noel Coward’s comedy, “Present Laughter” and, on Aug. 21, the 2015 revival of the classic 1951 Rodgers and Hammerstein musical, “The King and I.”

The romantic musical “She Loves Me” is based on a 1936 play by Miklos Laszlo, as are the 1940 James Stewart and Margaret Sullavan film “The Shop Around the Corner,” the 1949 Judy Garland and Van Johnson cinematic musical “In the Good Old Summertime” and the 1998 Tom Hanks and Meg Ryan film “You’ve Got Mail.” But the delightful “She Loves Me” is infused with smart and spirited banter by playwright Joe Masteroff (“Cabaret”) and a score by Jerry Bock and Sheldon Harnick (“Fiddler on the Roof”) that provides a constant supply of cleverly worded if not melodically memorable songs.

At the epicenter of this musical is Georg (Tony Award nominee Zachary Levi), a mild-mannered middle-manager, and Amalia (Tony Award winner Laura Benanti), a high-strung sales girl. The two are feuding employees in an upscale perfumery in Budapest in the 1930s. They loath each other and take refuge in anonymous, romantic pen pal exchanges until they finally realize that they have been writing to each other. Before falling into each other’s arms in true rom-com fashion, the two engage in increasingly comedic antagonism, which makes their inevitable connection all the sweeter.

This is a good old-fashioned, unpretentious romp that oozes charm, is seasoned with singularly likable characters lovingly portrayed by top-notch Broadway talent, and offers astounding eye-candy courtesy of award-winning scenic, lighting and costume designers. Much of Warren Carlyle’s gorgeous choreography can be found in a terrific second couple subplot involving a shop girl (Jane Krakowski) having an ill-advised workplace affair with a dapper cad (Gavin Creel).

The PBS broadcast features a live recording of the show’s June 30, 2016, performance at Roundabout Theatre Company’s Studio 54. Although multiple cameras were used, they primarily serve to capture the action from the audience’s perspective rather than creatively complement the performance. Don’t expect anything close to the visual production values of the Disney+ recording of “Hamilton,” which employed nine cameras – some on cranes and dollies, some overhead and behind the actors, some hand-held – during two actual performances and 13 audience-less musical number performances, which were edited to create a final production.

But then, a show like “She Loves Me” isn’t conducive to embellishment. “Perfection needs no commentary,” wrote Terry Teachout in his Wall Street Journal review of the 2016 stage production.

The 2017 Broadway revival of Coward’s drawing-room comedy, “Present Laughter,” to be broadcast on PBS July 31, features Kevin Kline as Garry Essendine, a wry, world-weary and thoroughly self-obsessed actor with a considerable appetite for wine, women and sleeping in. We find him in his well-appointed home amidst a mid-life crisis, surrounded by fawning employees, adoring ingénues, crazed playwrights, neurotic directors and an estranged wife to serve as sounding boards.

Coward himself played the lead role when the show was first produced in 1942. Kline’s remarkable performance – a mastery of Coward’s melodic but mercilessly fast-paced patter, the presentation of said patter in constant and amusing motion, and finding the funny in every line – won him a Tony Award. He and the rest of the cast – who handle the play’s moments of broad comedy with varying degrees of breadth – are directed by Moritz von Stuelpnagel, whose ability to turn wordy scripts into intriguing stage presentations (he helmed the hilarious demon-possessed sock-puppet satire “Hand to God”) is in evidence here.

The broadcast features the June 23, 2017, performance of the show at the St. James Theatre. “Present Laughter” was the 63rd Coward work to be seen on Broadway since the playwright’s debut with “The Vortex” in 1925.

The live performance was recorded with a three-camera configuration that doesn’t so much capture the rhythms of Coward’s dialogue as highlight the actors speaking it. Though nicely orchestrated, the employment of a production technique used in half-hour TV sitcoms can grow a tad tiresome in the course of a two hour and 20 minute production.

Reviews: “She Loves Me” and “Present Laughter”

WHERE: PBS’s Great Performances on WVIZ/Ideastream