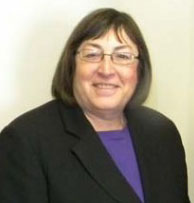 The state of Ohio entered into a partnership with Israel on June 17 to develop and strengthen their economic, industrial, technological and commercial cooperation and increase jobs.

“This will provide new opportunities for Ohio businesses to partner with Israeli businesses,” Joyce Garver Keller, executive director of Ohio Jewish Communities, said on June 19. “There will now be potential for access to funding from the state of Ohio, which wasn’t available before.”

Ohio will now receive funding from Ohio Third Frontier, a technology-driven economic growth initiative in the Ohio Department of Development.

In turn, Israeli businesses will now have access to funding from the Office of the Chief Scientist of the Israeli Ministry of Economy, which sets aside money for partnerships such as these.

The partnership has been a work-in-progress for about nine years, according to Tom Sudow, director of business development at the Global Cardiovascular Innovation Center and vice president of Team NEO Cleveland. The concept has been in talks since 2005, dating back to the administration of former Ohio Gov. Robert A. Taft.

In the past 1 ½ years, Sudow and Keller met with officials from Israel and Ohio as well as Jewish communities to help move the process along.

The agreement finally came to fruition under the administration of Gov. John R. Kasich, which Keller and Sudow both described as extremely supportive.

“We did not just want a photo-op,” said Sudow. “We had meetings with the Israeli and Ohio governments to create something meaningful… that would do hardcore work.”

Israel was Ohio’s 28th largest export market in 2013. Two-way trade exceeded $465 million, and Ohio firms exported $219 million worth of products to Israel, a 7.2 percent increase from 2012.

Ohio’s strong trade relationship with Israel dates back to the late 1970s. Sudow said the partnership is, in part, an acknowledgement and celebration of this history.

“It’s a big deal,” Sudow said of the partnership. “Only a handful of states have this.”

Businesses such as Cincinnati-based Procter & Gamble and Cleveland-based Simbionix often interact with Israeli businesses, said Sudow, and their relations will only be furthered by the partnership.

The Cleveland Clinic and University Hospitals also have a history of partnering with Israeli organizations. According to Sudow, the Clinic does research and completes clinical trials with Israeli companies, and the new agreement will help both parties to take full advantage of their partnership by giving access to funding to help medical technologies accelerate more quickly.

Sudow described the partnership as a mutually beneficial situation for Ohio and Israel that will prompt economic growth and development for both entities.

“Not only does it celebrate the history, it also looks to the future,” Sudow said. “This is a win-win for both Ohio and Israel.”