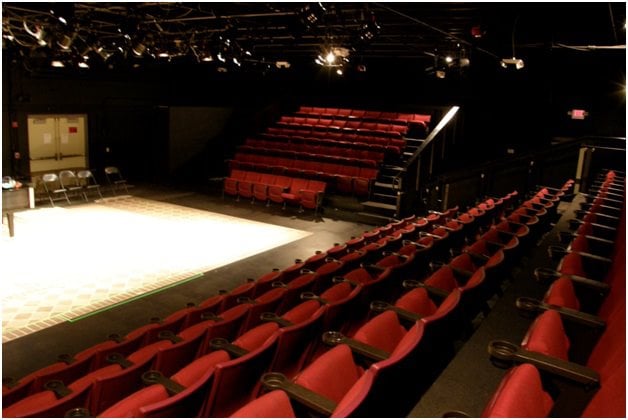 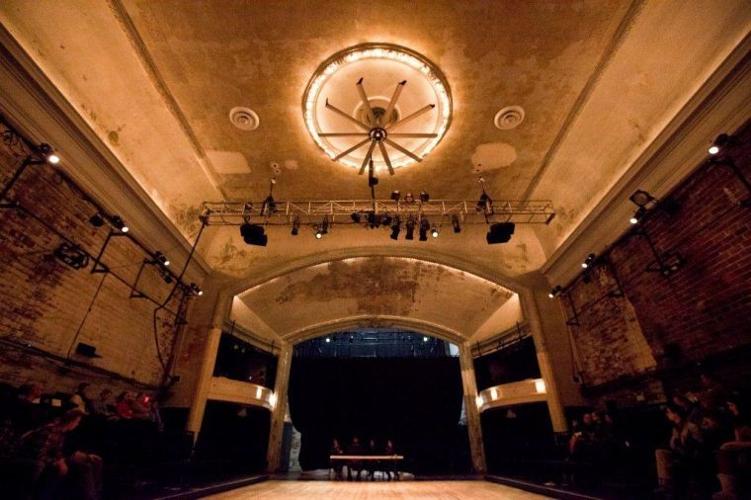 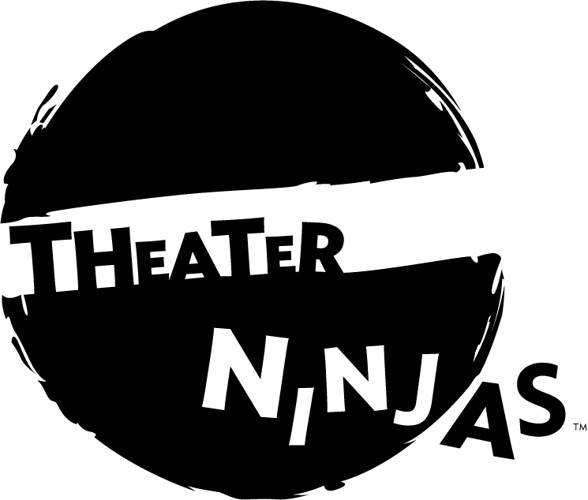 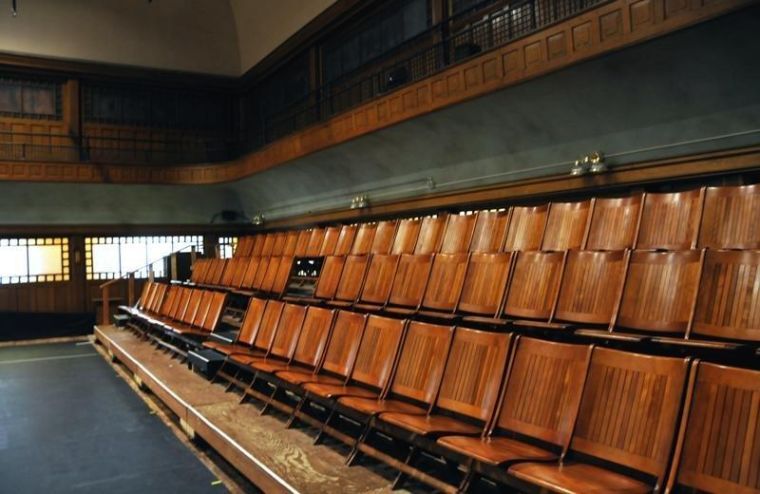 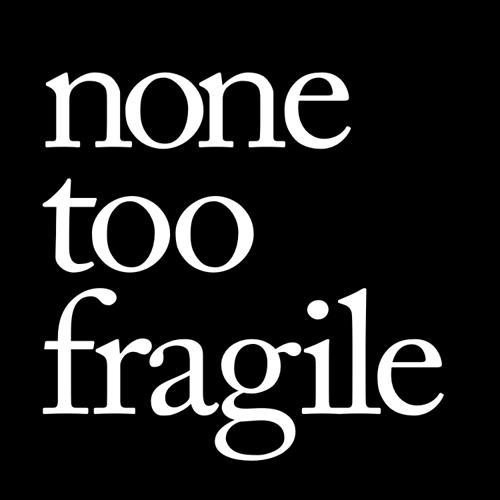 He noted that Los Angeles was awash with professional theater companies that embraced the notion that the larger the market a production reaches, the greater its worth. While all theaters strive to attract an audience, Morris reports too many are driven by the marketplace at the cost of the work it produces; too many embrace 19th-century French philosopher Alex DeTocqueville’s notion of “the tyranny of the majority.”

Catering to the masses could easily be dismissed as a West Coast phenomenon – as if the blockbuster mentality of Hollywood film studios infected other local art forms. But Broadway is currently lined with lavish, pop culture-inspired megamusicals like “Mamma Mia!,” “Spider-Man” and “Newsies” that find producers sinking more money into fewer, less risky properties in hopes of generating a long-running, revenue-generating hit.

News of populism in other major cities has been reported as well, as many professional, nonprofit regional theaters find themselves dependent on box office sales for most of their income, no longer able to rely on funds donated by supporters or acquired through grants. This has diminished the tendency to engage in creative risk-taking or offering challenging plays with artistic merit but potentially limited audience appeal.

There are certainly theaters in Northeast Ohio that provide a steady diet of popular fare meant to satisfy those whose appetites lean toward what’s conventional, comfortable and recognizable.

But there also are professional playhouses that steer themselves toward the road less traveled.

Some go to the extreme and push the envelope of avant-garde performance art while others have simply found a distinctive voice and a unique niche all their own.

Here are a few innovative theater companies you may be familiar with and a few whose acquaintance you might want to make:

At the Cleveland Heights Library

Founded in 1959 by Donald and Marilyn Bianchi, Barry Silverman and Mark Silverberg, Dobama has worked consistently to produce innovative plays of consequence not previously offered at other area theaters. The vast majority of its productions are regional, American or world premieres of the best contemporary plays by established and emerging playwrights.

“We honestly don’t go out of our way to do ‘edgy’ material (whatever that means),” notes artistic director Nathan Motta. “However, if the material is something that might challenge our audiences – that is, if it’s thought-provoking, moving, and relevant, with strong dialogue, layered characters, and a unique or interesting premise – that work is certainly not something we're going to shy away from. Going all the way back to when the theater was founded, Dobama has always taken risks and asked its audiences to take the risk with us. This is an artistic decision we make knowing full well that it may prove challenging in terms of marketing and (in some cases) selling tickets.”

Its production, “Made in America” (through Sunday, April 6) by Dobama artistic director emeritus Joel Hammer, takes place in a hotel bar. Esther, a savvy sales rep, and Barry, a buyer for a manufacturing company, meet to “seal the deal” after months of negotiating over the phone. Upon seeing each other, they begin a cat-and-mouse game that falls into dangerous territory. A world premiere.

Cleveland Public Theatre’s mission is to “raise consciousness and nurture compassion through ground-breaking performances.” CPT develops new, adventurous work by Northeastern Ohio artists; undertakes nationally significant second and “early” productions of new scripts; devised, ensemble-based theater; and radical reinterpretations of existing work. It was founded and incorporated in 1981, when James Levin returned from New York City determined to form an experimental theater group similar to Cafe LaMama, where he worked as an actor and director.

According to CPT executive artistic director Raymond Bobgan, “We want people to leave CPT feeling like they have seen something extraordinary – something wholly original and that they couldn’t have witnessed anywhere else in the region. This means CPT welcomes diverse perspectives, not only in who is telling the story and what the story is about, but how the story is told. We believe theater can be at the center of community dialogue and personal transformation.”

To help accomplish this goal, CPT has launched many artists that have themselves formed new local companies, including Theater Ninjas, Mamai, and Ohio City Theatre.

In its most recent production: “Titus: A Grand and Gory Musical,” Shakespeare rolls over in his grave as his bloodiest, most horrifying script (“Titus Andronicus”) gets a total makeover as a rock musical.

Theater Ninjas is the food truck of Cleveland theater; a nomadic company that seeks out new and challenging performance spaces such as the Cleveland Museum of Art or a repurposed recording studio at 78th Street Studios. “Working in nontraditional venues gives us an opportunity to reimagine how and why we tell stories,” suggests artistic director Jeremy Paul, “and helps us to create deep, fascinating worlds for the audience to explore. We believe a great performance is a chance to step out of daily life and into something adventurous, intimate and alive.”

Theater Ninjas performs original and new work that changes constantly. For instance, “The Excavation” was a show created in 2011 and remixed/remounted in 2013 at the CMA. The show was like a living museum in which audience members chose their own paths through different “exhibits” that used humor, science, tragedy, puppets and multiple artistic disciplines to celebrate cultural legacies, mortality and our deep curiosity about the lives of others. “It’s the kind of show that couldn’t be done in a traditional theater or by any other company in Cleveland,” notes Paul.

Jon Seydl, former curator at the CMA, described Theater Ninjas as operating “on the end of the theater spectrum – the place where theater connects to other forms of performance.”

Its next production: “Code: Preludes” (Thursday, May 1 through Saturday, May 17) is inspired by the cold beauty of logic and math. Drawing on the experiences of computer programmers, this sensory, interactive performance creates a kind of living science museum that uses theater techniques and software concepts to cultivate and rekindle a sense of awe at the power of modern technology.

Formed in 2013 and currently in residency at Ensemble Theatre (a theater whose emphasis on classic works has been expanded to include new works of cultural significance by young playwrights), Mamai is passionate about offering Northeast Ohio audiences canonical works from dramatic literature. They do so, according to co-founders Bernadette Clemens, Wendy Kriss, Christine McBurney and Derdriu Ring, “without filtering what might be denser, older, or more rarely performed out of a fear that contemporary audiences cannot or will not engage with classical playwrights.”

Their inaugural production of “Medea” did just that. “Good classical theater need not be watered down, dumbed down, or used as a rare spice to blend into a contemporary season,” noted co-associate director Clemens. “For me,” added McBurney, “one of the biggest returns from our first season was learning that audiences do respond to plays that do not resemble sitcoms, plays with big ideas, complexity, and beautiful language.”

Mamai is attempting to counter the tendency of many other theaters to make play choices heavily weighted towards male casts by ensuring that, for Cleveland's professional theater community, women will have increasing opportunities to work.

Its next production: “Stranded on Earth” (Thursday, June 5 to Sunday, June 22). Mamai partners with Theater Ninjas to bring the middle of Cleveland playwright Eric Coble’s “Alexandra Plays” trilogy. This regional premiere of the one-woman show tells the story of visual artist Alexa as she contemplates an exchange between personal freedom and putting down roots against the backdrop of a personal tragedy.

According to the convergence-continuum mission statement, “most theaters are like mirrors, reflecting the familiar. …Everything is nicely laid out for you as you view what is comfortably, safely beyond that wall, confident that you will be made, indeed are expected, to understand the experience in terms of conventional logic. Aren’t we all tired of that by now?”

Convergence-continuum promises theater that expands the imagination and extends the conventional boundaries of language, structure, space in performance that challenges the conventional notions of theater. “As such,” notes artistic director Clyde Simon, “we produce contemporary, cutting-edge plays by living playwrights that examine our culture in innovative and intimate settings. Through our productions, we try to engage and encourage our audiences toward their own creative thinking about the cultural problems that we all face today.”

Both through play selection and production, con-con attempts to explode the myth many young adults hold that theater is stodgy, elitist, academic, and irrelevant to issues that concern them. “I feel it is worth the risk that most of the plays we produce are edgy, unfamiliar works by playwrights who are not yet well known,” Simon says.

Its current production: “Lobster Alice” (through Saturday, April 5). A surreal comedy by Kira Obolensky, this concerns the six weeks in 1946 when Salvador Dalí collaborated with a Disney animator to create a short, surreal animated ballet to the song “Destino.”

The website for none too fragile proudly boasts: “We tell kick-ass stories worth every bit of whatever you choose to pay.” And one must go through an Irish pub to get to the storytelling.

“I believe that we offer our audiences something very unique that may not be possible at larger venues,” suggests Derry, “and that is true, intense intimacy with the artist and his/her material on stage.”

This season offers a seven-show lineup including the world premiere of “Possum Dreams” by novelist Edward Falco and two collaborations with The Akron Civic Theatre and Akron's new Ma' Sue Productions.

Its next production: “Gidion's Knot” (Friday, April 4 through Saturday, April 19) is a heartwrenching drama. A parent/ teacher conference escalates into a dramatic collision involving freedom of expression, the failure of our school system, bullying and personal responsibility.

For nearly three years, the upstart Blank Canvas Theatre has lived a psychotic existence. In search of an identity in Cleveland’s highly diverse performing arts marketplace, its productions have waffled between modern classics such as “12 Angry Men” and “Of Mice and Men ” and cultist comedies that include “Debbie Does Dallas” and “Psycho Beach Party.” The theater also provides a performance space for founder and artistic director Patrick Ciamacco’s sketch comedy troupe, The Laughter League.

Ciamacco has a particularly keen and cultivated eye for the asinine, which is meant as a compliment, and part of his master plan is to lure younger audiences to the theatervia offbeat offerings and then strategically introduce them to the modern classics. “Or vice versa,” notes Ciamacco. “We want a typical theater lover who would normally only see a classic to enjoy it so much they go outside their comfort zone and show up to have blood splattered on them while watching ‘The Texas Chainsaw Musical’”