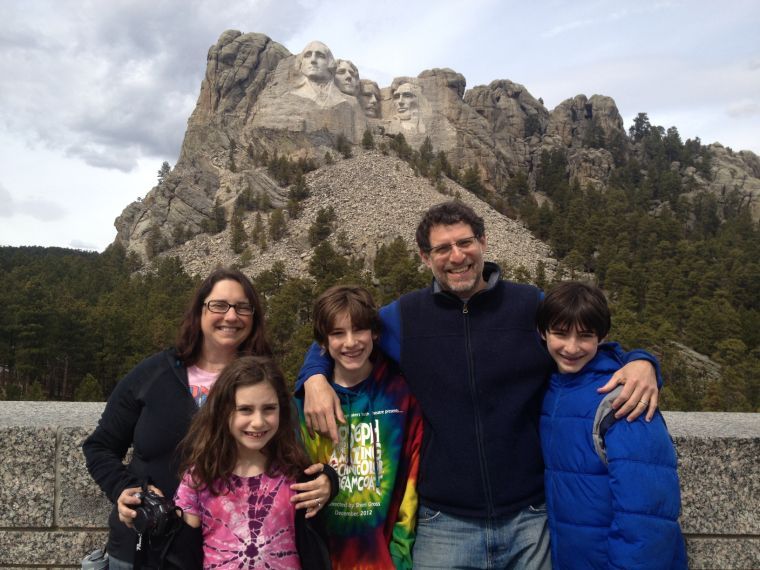 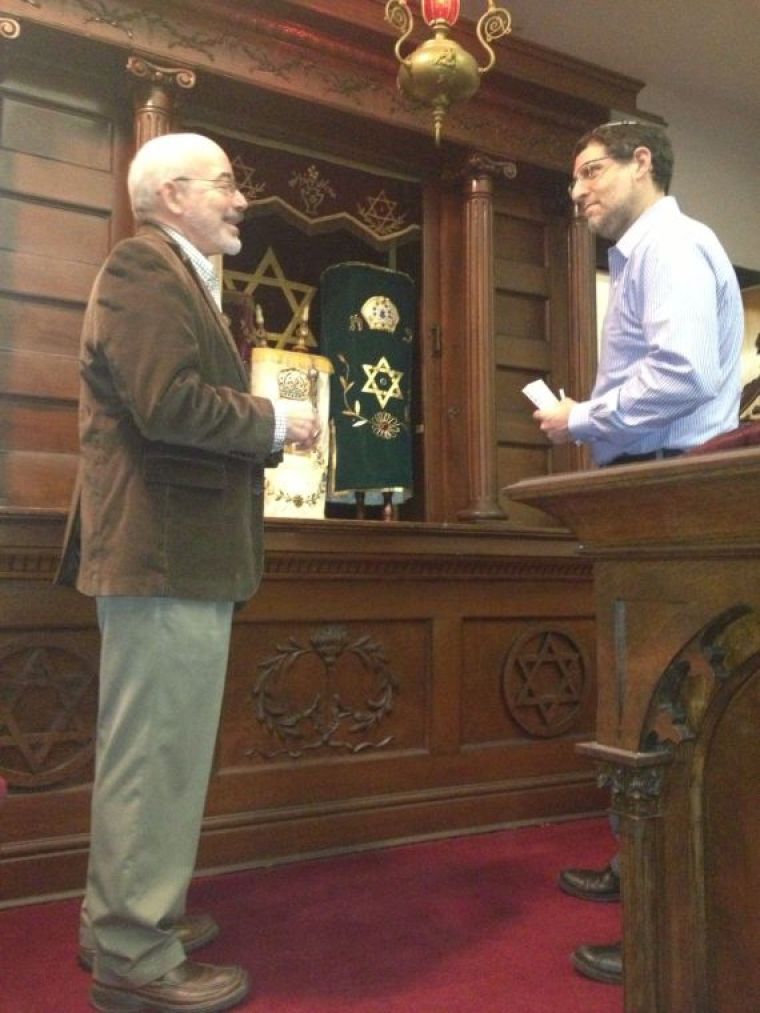 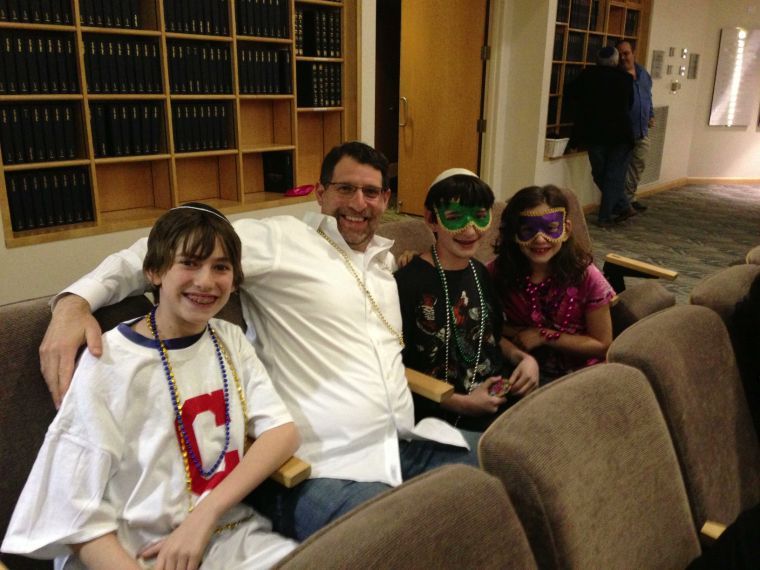 In early January, Rabbi Joshua L. Caruso and his family piled into a 2013 Honda Pilot and embarked on a trip across the United States that they will never forget.

The Carusos returned in late April, having traveled about 14,000 miles to more than 35 states, as part of Caruso's six-month sabbatical from his job as a rabbi at Anshe Chesed Fairmount Temple in Beachwood.

"The theme was Judaism Across America," Caruso said. "We wanted to make sure our children had the opportunity to see Jewish life beyond Greater Cleveland and to see what Jews are like across the country.

"I think that was really good for them. Plus, we really did grow and learn a lot about each other during the trip."

Caruso returned to work July 1. He will be welcomed back to the pulpit at the temple's Kabbalat Shabbat service at 6:15 p.m. Friday, July 12, when he speaks on "Wandering Jews: What One Jewish Family Learned from Stepping Out and into the World of American Jewry."

"I know the congregation has been eager to hear what I've done and what this has all been about," he said.

During the four-month trip, Caruso and his wife, Leah, posted blogs periodically on the website, wherethejewsare.com, as well as messages on Facebook. But that doesn't represent the entire experience, Caruso said.

"I also took a lot of notes in a journal and kind of kept a scrapbook of all the things we had seen, because I didn't always have time to write a full essay about my experiences," he said.

The Carusos originally planned a five-month trip, with a return in late May. But the children – sons Lev Aryeh, 15, and Asher, 12, and daughter Shayna, 9 – were getting "road weary," Caruso said.

"We were just hitting synagogue after synagogue and meeting people," he said. "While my wife and I are fascinated by these stories, after a while it's a little overwhelming for the kids. So Leah and I talked and recognized we could probably do what we needed to do in four months."

So visits to Detroit and parts of Canada were scrapped, and the journey ended with a stop in Cincinnati that Caruso said framed the entire trip.

"One of our goals was to meet not only clergy and professionals, but also the everyday Jew who lives in this country and who is trying to give it a go as best as he or she can," he said. "For me, I think that was the most powerful piece, meeting the individuals themselves and learning about their Jewish lives. That was very inspirational to me."

In Cincinnati, the Carusos visited the Jacob Rader Marcus Center of the American Jewish Archives, located on the campus of Hebrew Union College-Jewish Institute of Religion.

"Rabbi Marcus was an incredible innovator who thought out of the box about American Jewish history," Caruso said. "One of his goals in creating the American Jewish Archives was to chronicle and profile everyday Jews. His great chiddush, or novelty, was collecting slices of Jewish Americana."

Rabbi Gary Zola, executive director of the AJA, gave the Carusos a "VIP tour" of the center that was "really amazing," Caruso said.

"He has a file on basically every congregation (in the U.S.), and he took out the Fairmount Temple file for us," he said. "We got to see some old confirmation booklets and pictures and architectural designs."

Caruso said he enjoyed seeing and catching up with many of his rabbinical colleagues during the trip, but meeting the "everyday Jews" – like Ronnie Leet of Selma, Ala. – was also "wonderful." Leet is president of Temple Mishkan Israel in Selma and its youngest member at 62.

"There are 10 Jewish people left in the whole community, and five of them are infirm," Caruso said. "There's a beautiful synagogue there that was built in 1899.

"Ronnie wants to leave a legacy of Judaism in Selma. He's trying to raise money for the community to restore the synagogue and keep it as a landmark. It was incredibly inspiring for this person to try to make that happen."

Social justice is a strong interest of Caruso's, and he found much history related to that topic in the South. He took a photo near the railroad tracks in Hattiesburg, Miss., where Rabbi Arthur Lelyveld – former longtime rabbi of Fairmount Temple – was struck by a tire iron by segregationists in 1964 while helping blacks register to vote.

"He came back to this temple and preached, with a welt under his eye, about the (social justice) work he wanted to do," Caruso said. "That was an interesting piece, about the role of northern rabbis coming down to the South."

Since returning from the trip, Caruso said he has been going through the notes he made in his journal.

"I've done a lot of writing and a lot of thinking about how I'll present this to the congregation," he said. "Plus we moved (from University Heights to Shaker Heights) since we came back."

Caruso said he also is trying to keep in touch with many of the people he and his family met during the trip.

"Hopefully these will be relationships that we'll maintain," he said. "I look forward to future opportunities to connect with them and perhaps bring this congregation at some point to meet communities like that."

Caruso, 44, has been a rabbi at Fairmount Temple since 2002. The New York native earned a bachelor's degree from Boston University and was ordained at Hebrew Union College-Jewish Institute of Religion in New York in 1998.