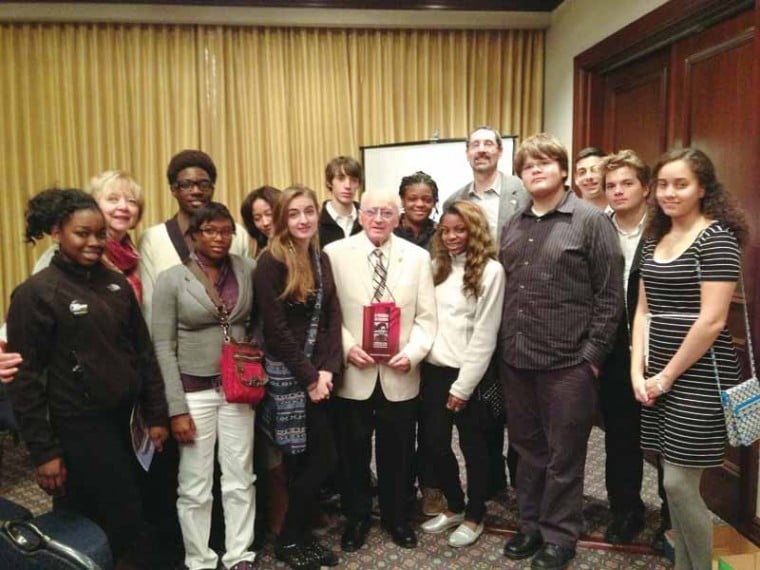 Philip Bialowitz, a surviving participant of the revolt at Sobibor death camp, with members of the “Lessons of the Holocaust” class from Cleveland Heights High School. 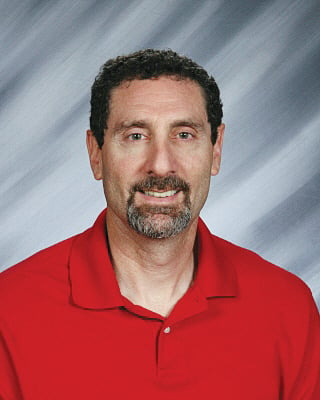 Philip Bialowitz, a surviving participant of the revolt at Sobibor death camp, with members of the “Lessons of the Holocaust” class from Cleveland Heights High School.

Members of the “Lessons of the Holocaust” classes at Cleveland Heights High School had the honor and privilege of participating in sessions of a very special gathering of over 400 Holocaust survivors and their descendants during the World Federation of Jewish Child Survivors of the Holocaust Conference at the Renaissance Hotel in downtown Cleveland last weekend.

Some issues raised by the panelists and members of the audience included:

• The state of Holocaust education once survivors are gone or no longer able to impact classrooms with their personal “presence” and life stories.

• What are the appropriate strategies to preserve the integrity and uniqueness of the story of the Jewish Holocaust while at the same time educating about current issues of bullying, tolerance, and genocide before and since the Holocaust?

• The benefits and potential risks of using the Internet for Holocaust education.

This session ended on an upbeat note when one of the Heights students, Rayshawn Jackson, assured the audience that because survivors and their current descendants and future descendants will continue to share their stories, the legacy of the Holocaust is guaranteed to live on.

The students continued their special experience at the lunch tables where they split up and sat with survivors, engaged in informal conversations and heard some unique life stories. Perhaps the most moving moments of the day came when a Holocaust survivor from New Jersey, thanked and hugged several students goodbye with tears in his eyes.

After lunch, the students attended a special session set up by Jewish Family Service Association social workers that work with local survivors. The students viewed a documentary movie narrated by former U.S. Rep. Louis Stokes, which was produced specifically for health care staff who work with elderly survivors. The movie was very informative about the basic history of the Holocaust, but more importantly, it provided insights as to how people need to be sensitive to elderly Holocaust survivors and interact with them in a positive way.

Following the movie, the students had an opportunity to privately meet with speaker and author Philip Bialowitz, one of the handful of surviving participants of the famous revolt at Sobibor death camp where more than 250,000 men, women and children were murdered by the Nazis and their collaborators.

He proudly shared his role in overpowering Nazi guards and freeing about 200 of Sobibor’s slave laborers during the revolt. Bialowitz also shared details about his escape and eventual journey to a new life in the states, and told the students that for 25 years he has followed the plea of Aleksander Pechersky, the leader of the Sobibor revolt, who demanded the following as he addressed the prisoners right before the revolt began: “If anyone survives, bear witness to what happened here. Tell the world about this place.” The Heights students were moved by his heroism and his willingness to share his story.

The student experience at the conference was then scheduled to end with a debriefing and stories and insights from Adrienne Yelsky, the recently retired Lessons of the Holocaust teacher at Heights and herself a second-generation survivor who had accompanied the group. During this exciting dialogue, an elderly woman entered the room in anticipation of a conference session that was scheduled to start there shortly. When it turned out that she was a survivor and was willing to share, the students to hear another incredible and moving story.

We would like to thank the organizers of the conference for allowing our class to participate and the social work staff of the Jewish Family Service Association for arranging that very special extra session. We’d also like to thank the Heights alumni association for financial support for this very meaningful educational experience. It was truly an experience the students will remember for a lifetime.

Mark Sack is a social studies teacher in The Renaissance School of Humanities and International Studies at Cleveland Heights High School.

Close to 500 people from all over the world visited Cleveland last weekend, sharing memories and celebrating survival. The 24th edition of thi…