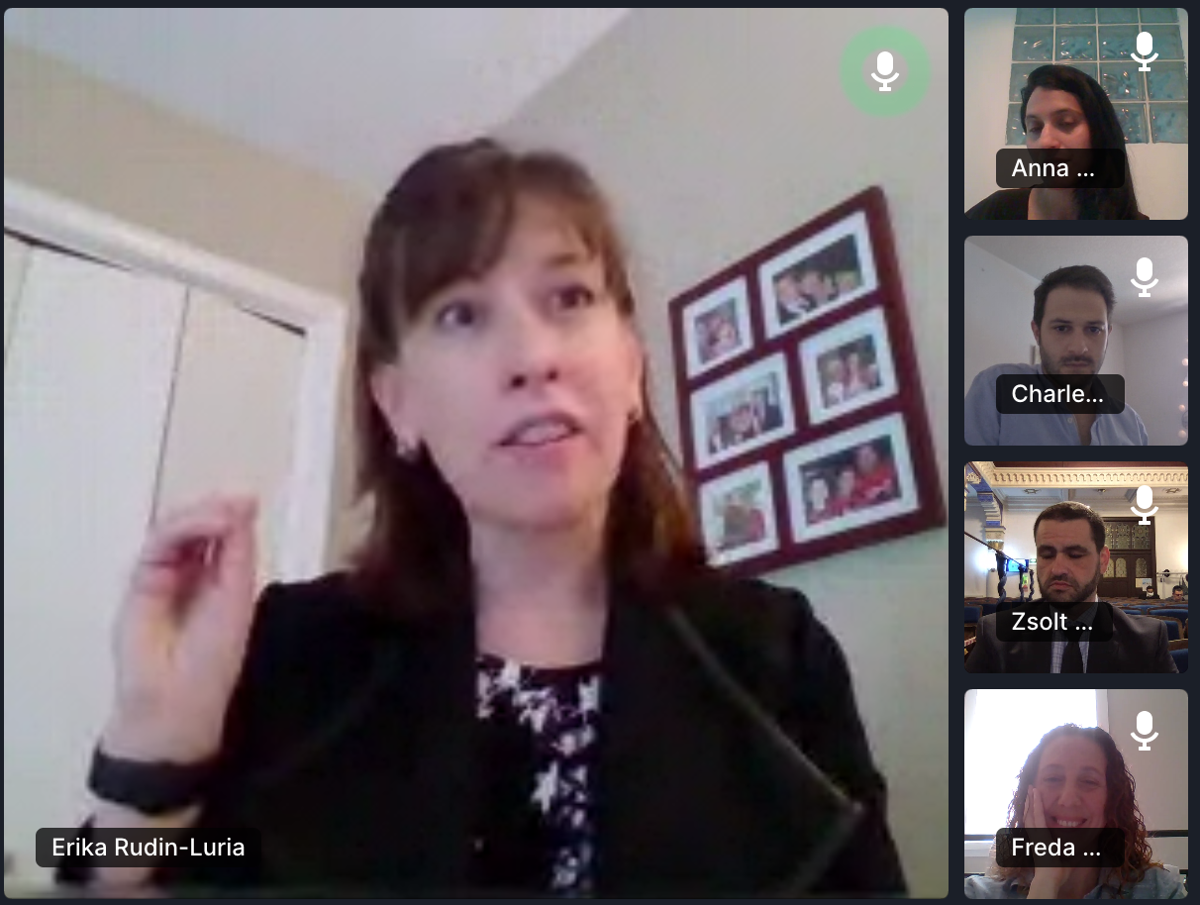 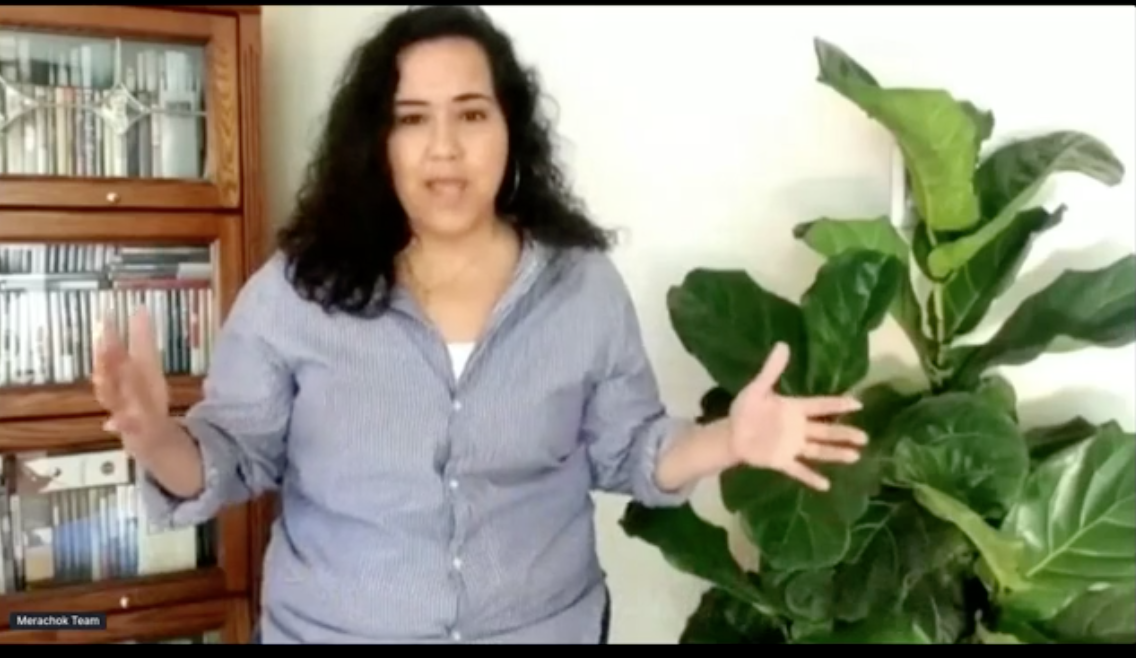 Mariely Luengo speaks during the summit in a prerecorded video. 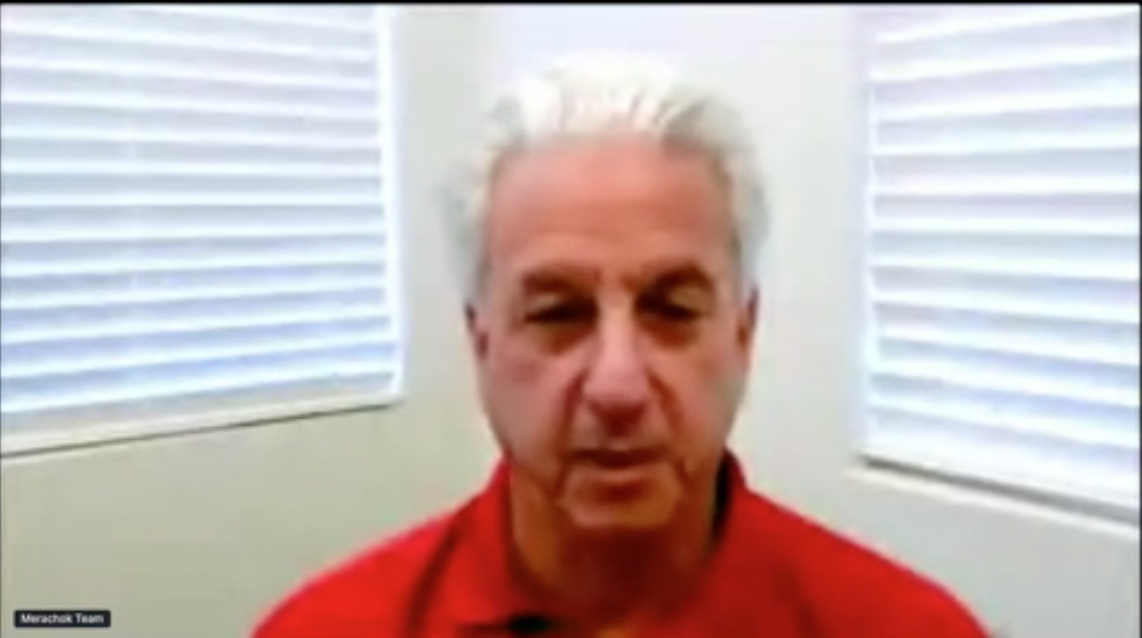 Michael Siegal speaks during the summit in a prerecorded video. 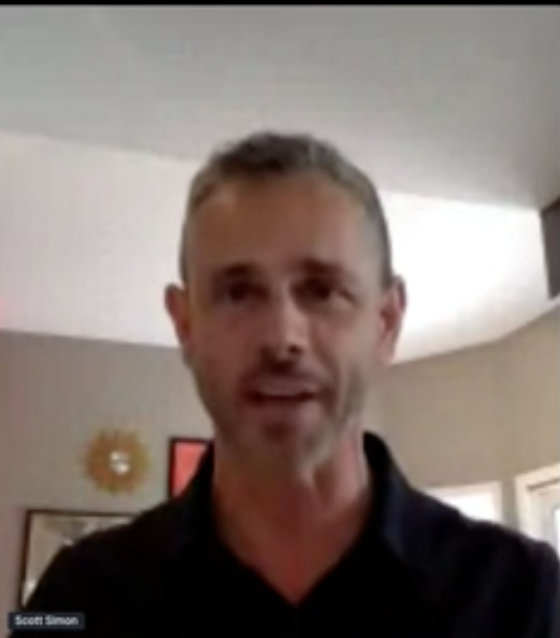 Scott Simon addresses the summit in a prerecorded video.

The first 248 Virtual Global Summit on May 17 highlighted community initiatives from North America, Europe and Israel.

Hosted by The 248 Community Action Network, the Jewish Federation of Cleveland in Beachwood and the Minneapolis Jewish Federation in Minnetonka, Minn., the online event took place on Hopin, a platform that allowed attendees to navigate sessions, booths and networking areas similarly to a live conference.

Clevelanders such as Erika B. Rudin-Luria, president of the Jewish Federation of Cleveland; Mariely Luengo of Westlake; Michael Siegal, chairman, The Jewish Agency for Israel board of governors; and Scott Simon, founder of Scare Your Soul, were among those who participated as speakers and panelists.

Discussing how current events such as the COVID-19 pandemic are impacting Jewish organizations and communities, Rudin-Luria said much of the Federation’s work focuses on the well-being of the Jewish community.

“That includes education and social service and identity, and it includes our relationship with Israel, and being strong supporters of Israel, and brothers and sisters with folks in Beit Shean,” said Rudin-Luria, referring to the Federation’s sister city in Israel. “We always try to lean in and see what’s relevant to the community.”

She said the Federation has been involved in procuring personal protective gear for recipients, including local social service agencies.

“We’ve really tried to figure out who’s hurting and how are they hurting, so that our local community can dig in and reach out to folks that are really isolated because they’re the most vulnerable right now,” Rudin-Luria said. “Our routine is really focused on being flexible and nimble and supporting our partners.”

Luengo expressed remorse over the event being held online, as opposed to in Cleveland, which was scheduled to host the event.

“I’m super bummed that we’re not doing it in this big, loud room that I anticipated,” she said. “We were looking (forward) so much to hosting you in Cleveland, and I know that will happen in the near future, hopefully, but in the meantime, I have to say thank you to our organizers and 248 for keeping us together during this time.”

She said the smooth transition to an online format was proof of 248’s ability to innovate.

Simon said he appreciates that 248 is “about doing.”

“The doing is the most important part,” Simon said. “You will have to suffer a great deal of criticism when you are a doer, and rather than being somebody sitting on the sidelines evaluating what the doers are doing, being a doer puts you in the limelight (as) somebody who actually has to make a difference.”

Siegal thanked attendees for their involvement in 248.

“It is good to be an activist and it’s good to be a Jewish activist,” Siegal said. “It’s not only what we do as a collective – as a people – but our aspect of having this unbelievable opportunity to be alive while there is Jewish sovereignty in the world is something that we cannot take for granted.”

He urged those listening to incorporate the best elements of tikkun olam in their lives, adding, “To be able to be one connected to each other is a privelege for all of us and for all of you as activists.”