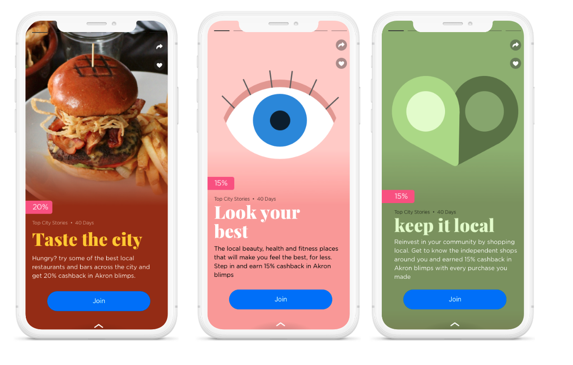 Tel Aviv company Colu developed an app for the city of Akron. 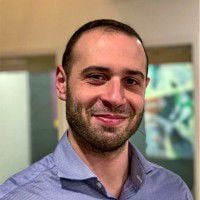 Israeli-based Colu Technologies has chosen Akron as the launching point for its first app-based reward program in the United States after a successful inauguration in Tel Aviv.

Michael Mazur, vice president of business development at Colu, said the gov-tech company spoke with a number of cities interested in its program, which incentivizes buying local, before settling on Akron.

“Akron reached out to us looking for a way to help their small businesses, and they moved very quickly and were very innovative and entrepreneurial in spirit,” Mazur said.

He said his company’s vision quickly aligned with the city’s, “in terms of how we really saw that we could help cities, and how they really wanted to help their small businesses and their community itself.”

Mazur is based in New York City and spoke with the CJN from Akron June 24. He compared the app’s point system to credit card or airline points. After downloading the app, the user connects their credit card. Purchases at participating businesses garner city coins redeemable within the city.

Mazur said the app is starting with about

120 participating businesses in downtown Akron and the University Park neighborhood before expanding throughout the city.

“Our locally owned small businesses are facing enormous challenges, and we need out-of-the-box ideas that safely connect them to consumers and turn local spending into a source of pride for residents,” Akron Mayor Dan Horrigan said in a news release. “Our partnership with Colu will enable the city to reward customers for shopping local, improving revenues for our small businesses while helping folks stretch their dollars.”

“Akron has a long history of innovation within our economy – this initiative draws on that legacy,” said James Hardy, deputy mayor for integrated development, in the release. “By putting the future of Akron’s locally owned small businesses in the palm of our citizens’ hands, we hope to make it easy for consumers to keep their money local and continue to strengthen our incredible community.”