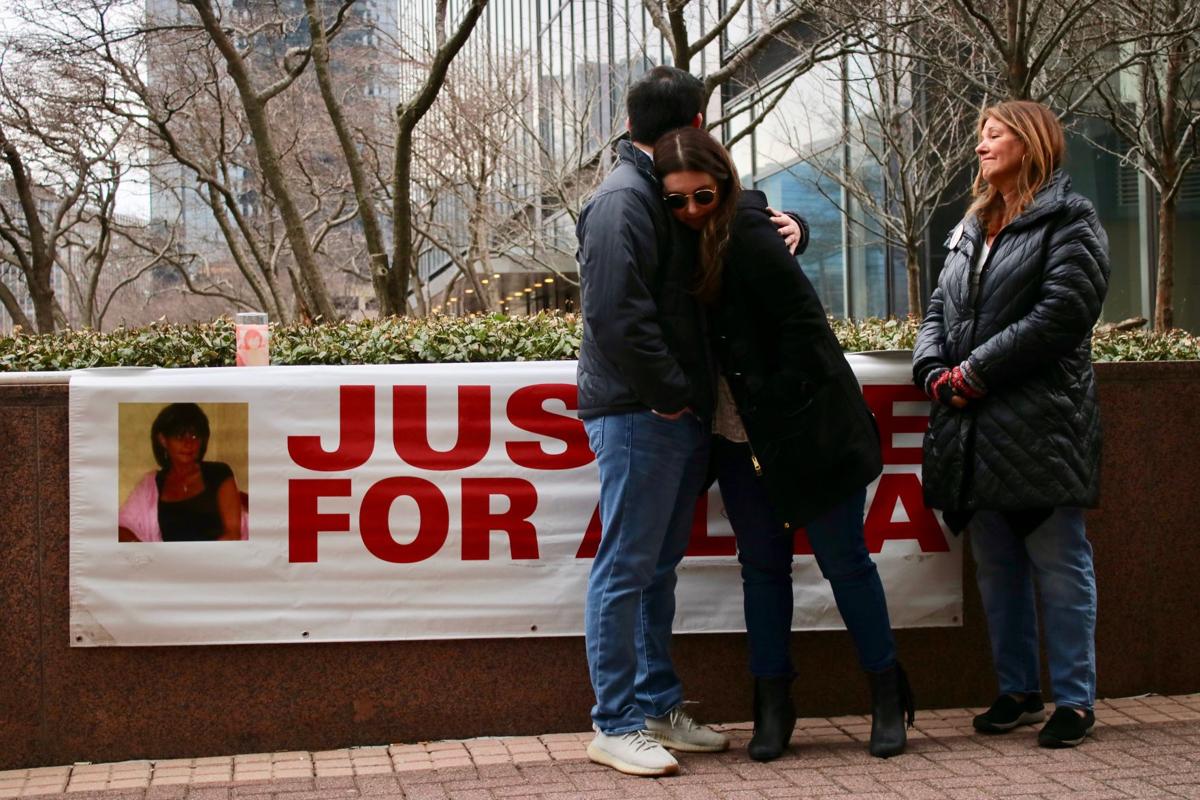 Jason Sherman and Jennifer Rivchun hug each other at the end of a March 24 ceremony to mark the sixth anniversary of the stabbing death of their mother, Aliza Sherman, in downtown Cleveland. Longtime family friend Jan Lash looks on. | CJN Photo / Michael C. Butz 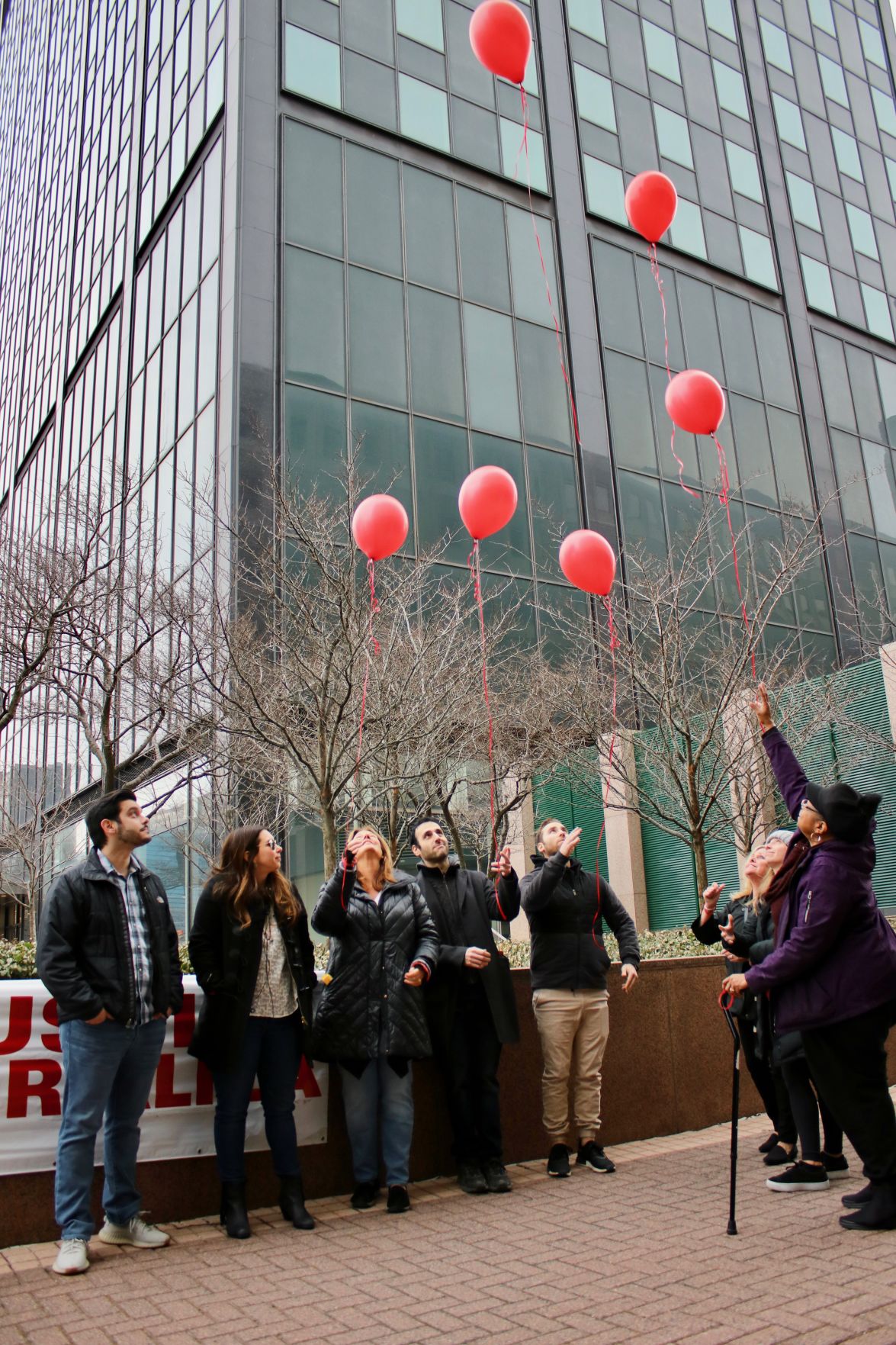 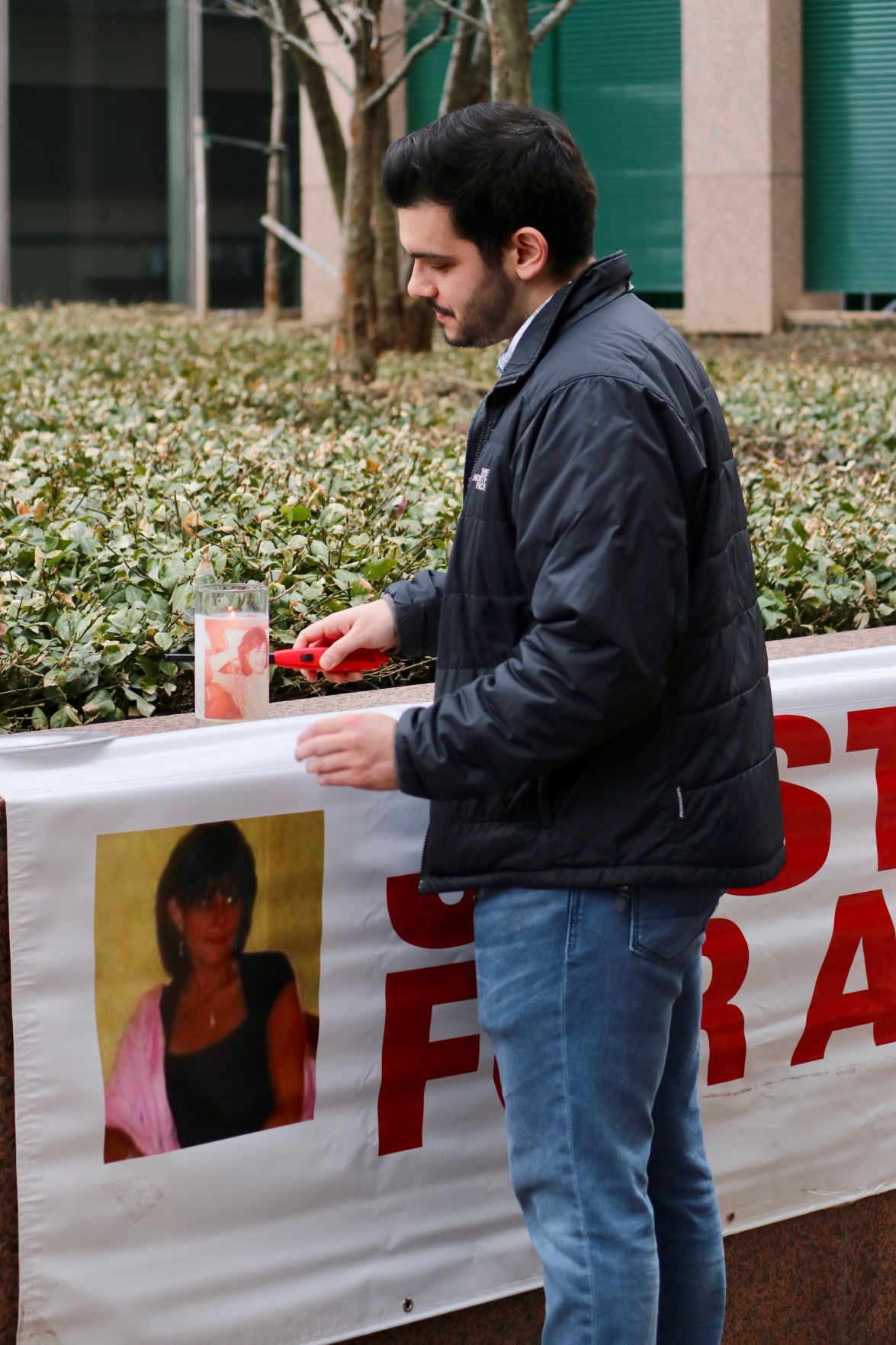 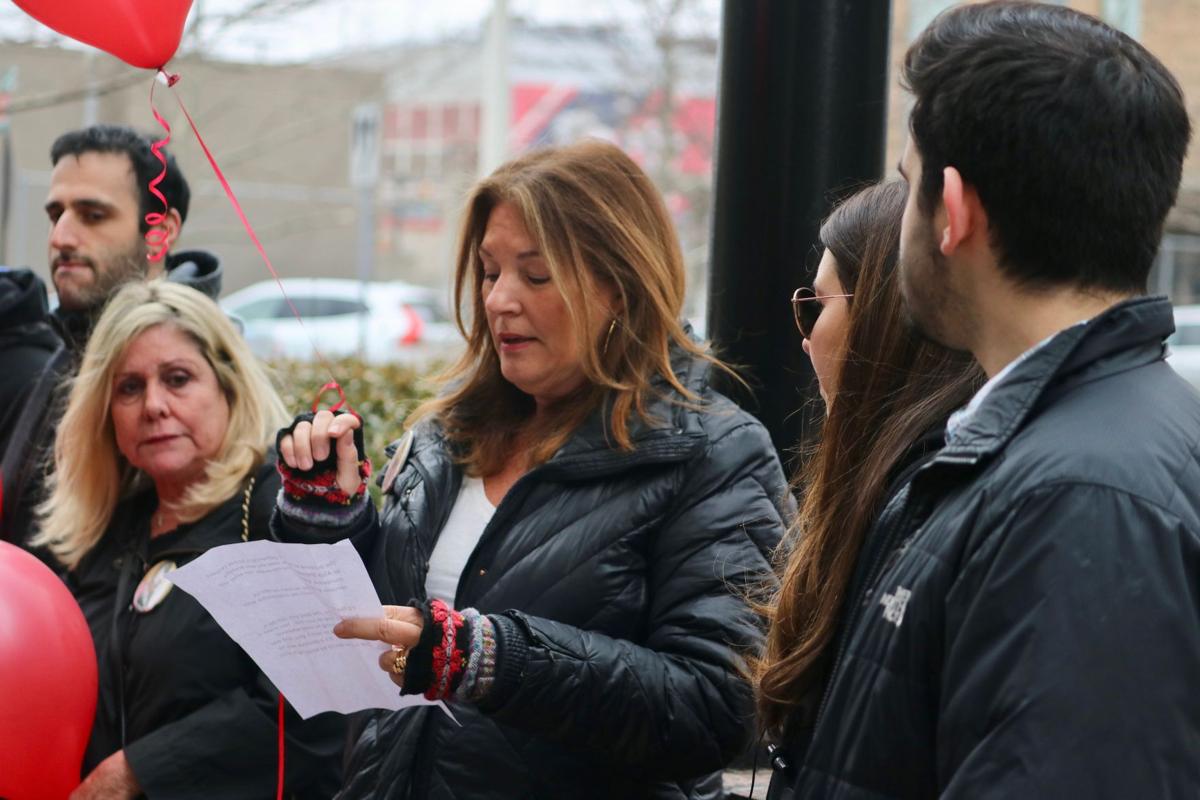 Jason Sherman and Jennifer Rivchun hug each other at the end of a March 24 ceremony to mark the sixth anniversary of the stabbing death of their mother, Aliza Sherman, in downtown Cleveland. Longtime family friend Jan Lash looks on. | CJN Photo / Michael C. Butz

On a Sunday afternoon in 2013, Aliza Sherman made a trip to downtown Cleveland from which she’d never return. Every year since, grieving family and friends have faithfully returned to the scene of her murder on its anniversary to remember their lost loved one and draw attention to her case, which remains unsolved.

This year, for the first time since that fateful day in 2013, March 24 again fell on a Sunday – a fact not lost on the more than 30 people who attended the memorial ceremony at 75 Erieview Plaza.

“I honestly didn’t think anything could make this whole thing more painful but being that it landed on a Sunday this year went straight though my heart,” said Sherman’s daughter, Jennifer Rivchun. “I keep going through that day and the conversations we had the night before and how her day went that day, and then I pictured us coming down here (today) and it really has hit in a different way landing on a Sunday.

“I think if you would’ve asked me last year, ‘How will it affect you?’ I would’ve thought, ‘Well, every day is hard, every anniversary is hard.’ But it did have a different impact this year.”

Rivchun’s brother, Jason Sherman, also was keenly aware of following in his mother’s footsteps more closely this year than in previous years.

“It’s Sunday, March 24, and this is the time and the day,” he said, referring to the ceremony’s 5 p.m. start time, which coincides with the approximate time the Beachwood nurse and mother of four was brutally stabbed to death.

Sherman noted the number of pedestrians, runners, cyclists, skateboarders and motorists who passed by the area – near the intersection of East 12th Street and Hamilton Avenue – during the ceremony and couldn’t help but think there might’ve been similar traffic that same day six years earlier.

“We’re in a pretty nice part of downtown Cleveland in broad daylight with people walking up and down the street,” he said. “It’s kind of crazy that something like this could’ve have happened and no one could’ve seen anything or reported anything.”

“While I was driving down, I looked around and thought, ‘There are people out. There are people on the streets. How could no one be here and it be the perfect scenario where no one saw anything or ran to her rescue?’” she said, acknowledging the challenging nature of her journey for justice for her beloved mother.

“I can’t believe it’s been six years,” Rivchun said. “Seems like it was just yesterday, but it’s also been the six most grueling years of my life.”

Despite the apparent lack of developments in the case, there’s optimism. Rivchun said her mother “always had a thing for numbers,” and since six was one of her favorites, she’s hoping something special will happen this year.

No one has been charged with murder in the case. Cleveland police, who are working with the Cuyahoga County Prosecutor’s Office and FBI, continue to investigate. Surveillance video in the area captured a person believed to be Sherman’s attacker, or one of her attackers, fleeing the scene but authorities have not been able to draw any useful identifying information from the recording.

Though no one has been charged with Sherman’s murder, her divorce attorney, Gregory J. Moore, pleaded guilty in 2017 to a misdemeanor falsification charge for lying to police regarding his whereabouts the day his client was murdered. Sherman was scheduled to meet with Moore to prepare for an upcoming divorce hearing and was murdered outside of his office.

For those three convictions, Moore was sentenced to six months in Cuyahoga County jail, three years of probation and 350 hours of community service. He subsequently submitted an application for resignation to the Supreme Court of Ohio.

The reward for information leading to Sherman’s killer stands at $100,000 – the largest reward in Crime Stoppers of Cuyahoga County history. Anyone with information regarding Aliza Sherman’s murder is asked to contact Crime Stoppers at 25crime.com or 216-252-7463. All tips are made anonymously.

For the CJN’s complete coverage of the Aliza Sherman case, visit cjn.org/alizasherman.

It’s been eight years since the March 2013 unsolved murder of Beachwood nurse Aliza Sherman. As friends and family continue to seek justice, a…