Councilman Eric Synenberg introduced the resolution to censure Burkons in an item that was not on council’s original agenda.

“This is something I’m not looking forward to and I want to be the first to admit that nobody’s perfect ... but as a council, we have to have basic guidelines, rules, limits and norms that we all adhere to,” Synenberg said at the end of the hour-long meeting.

He clarified the following matter was not personal or retaliatory and described it as a resolution limited to one incident.

“But I really believe we have to make this resolution at this time, and again, it’s not something that I want to do here, but I believe it is our duty as a council,” Synenberg said. “Therefore, I am introducing a resolution for the public censure of councilman Mike Burkons at this time.”

A statement from council emailed to the CJN said: “Tonight, Beachwood City Council voted to censure council member Mike Burkons for his conduct. A censure is an expression of formal disapproval of the conduct of an elected official by their peers. The measure passed unanimously, apart from Mr. Burkons. 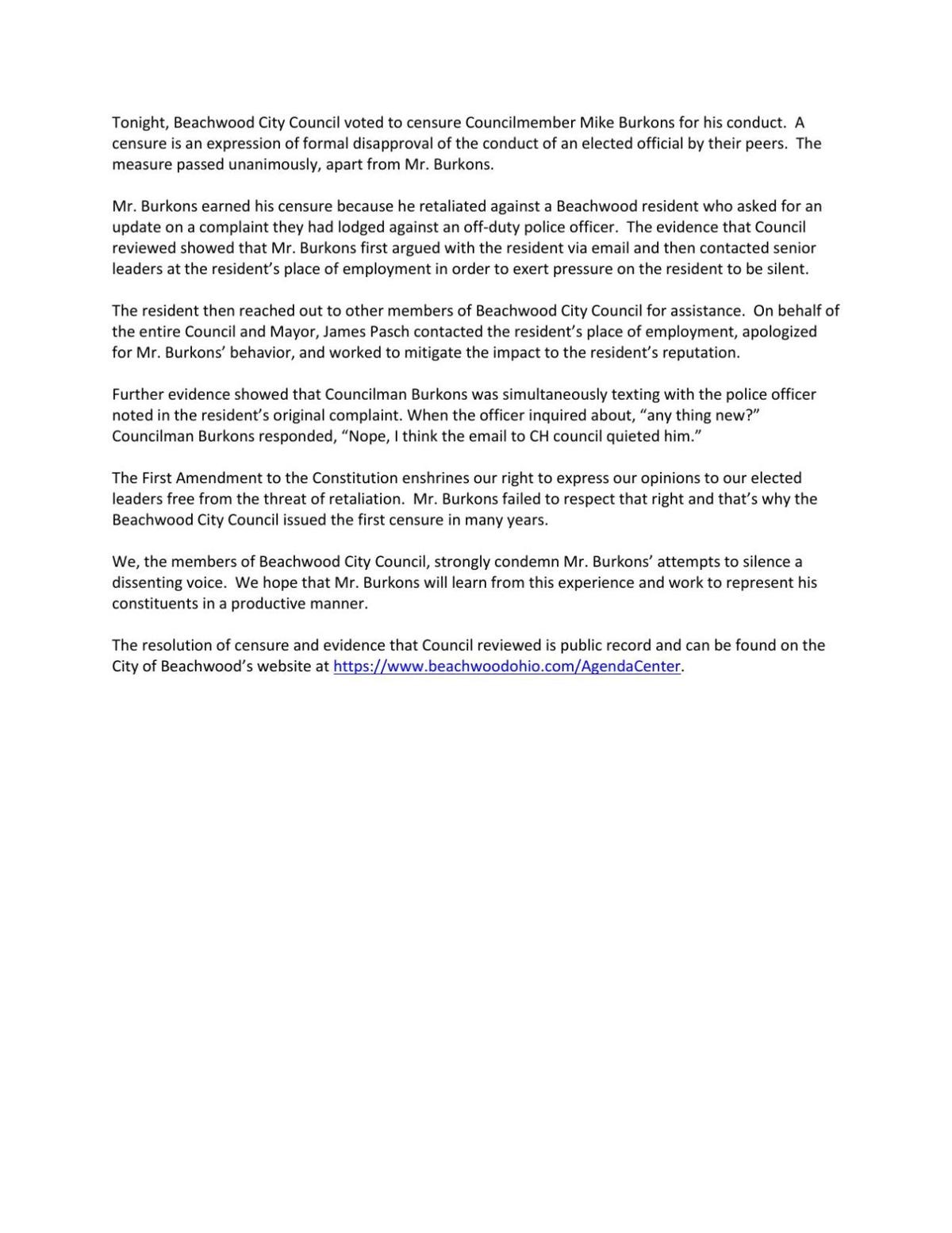 Burkons corresponded with Alix Noureddine, whom he later identified as the assistant director of law for the city of Cleveland Heights.

“One: why was I not made aware of an amendment to tonight’s meeting with this,” Burkons asked. “And two: what rule do you think I broke?”

Burkons said at the council meeting Noureddine claims to have witnessed Beachwood police Lt. Kevin Owens having words with someone Owens’ teenage daughter was having issues with at school in fall 2018.

“He described this incident as ‘an off-duty, white Beachwood police cop harassing a young Black kid,’” Burkons said at the council meeting. “I read the police report and I was surprised to see that, a year-and-a-half earlier, after the incident occurred, his witness statement in the police report stated that, although he thought the off-duty officer could have handled the situation better, his conduct did not cross the line to improper.”

Burkons is the newest member of council, having won a seat in the November 2019 election.