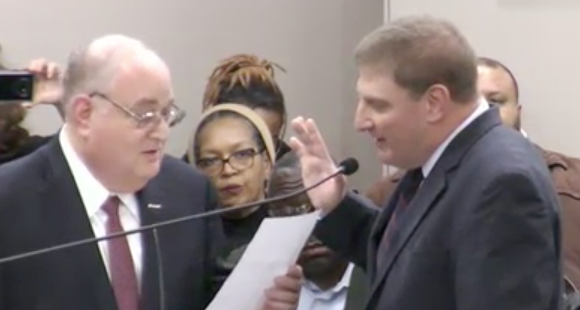 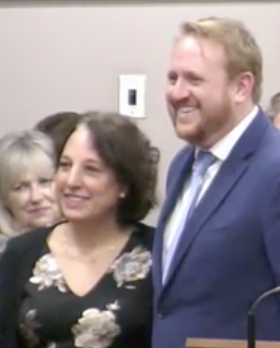 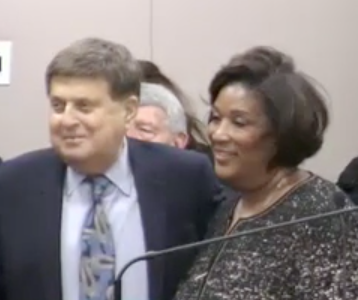 “Mike has been involved with the city for a number of years, been active with the schools,” Horwitz said. “He has been a watchdog of council and now can be part of council and watch from within as they say. But he has been very involved and knowledgeable about the work that we do and his second try out was very successful, so we are very happy.”

June B. Taylor was sworn in following her first election for council. She was appointed in January 2018 to fill Horwitz’s unexpired term when he became mayor.

“She is dazzlingly bright, scary bright at times,” said attorney Gerald B. Chattman, who swore her in. “She takes on projects that other people would be afraid to tackle and she goes after them with every effort she has. I think that she has made a wonderful councilperson. … For those who don’t know June, dazzling also is her integrity.”

Cuyahoga County Councilwoman Sunny Simon administered the oath to James Pasch, who was elected 6-0 to be council president. He succeeds Brian Linick, who lost his bid for re-election in November. Pasch did not vote.

Barbara Bellin Janovitz was elected to vice president of council on a vote of 6-0. She abstained from the vote. Attorney Cindy Demsey administered her oath.