A rendering of what the Cedar-Lee-Medowbrook project could look like. 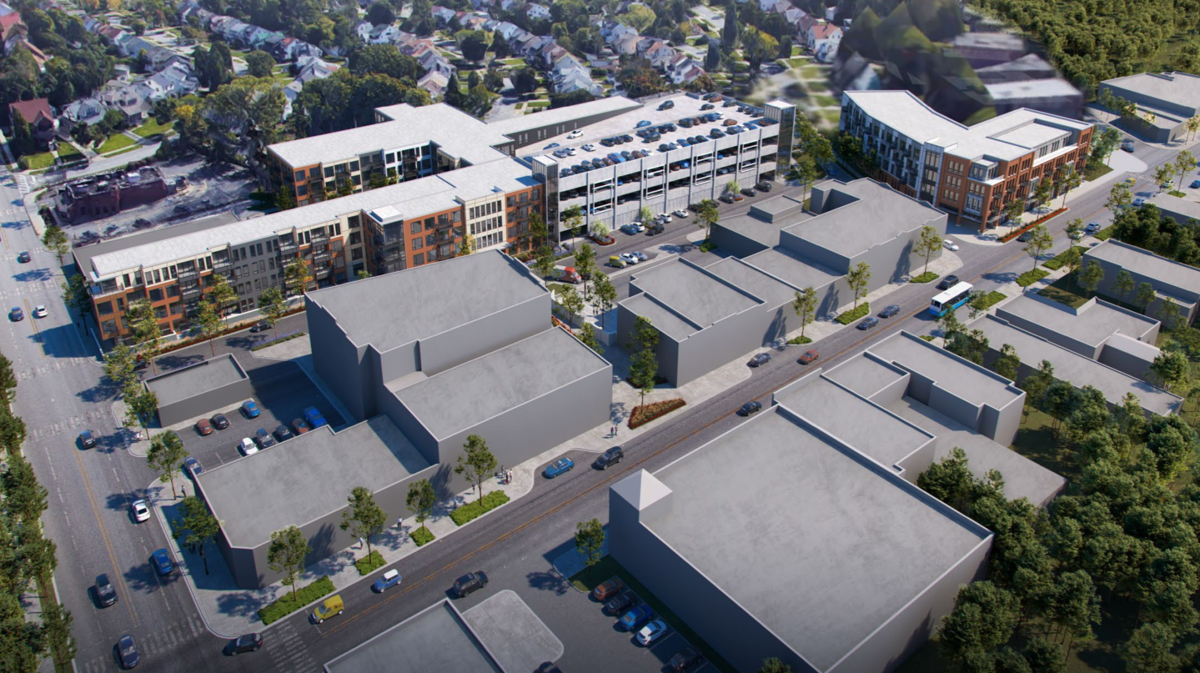 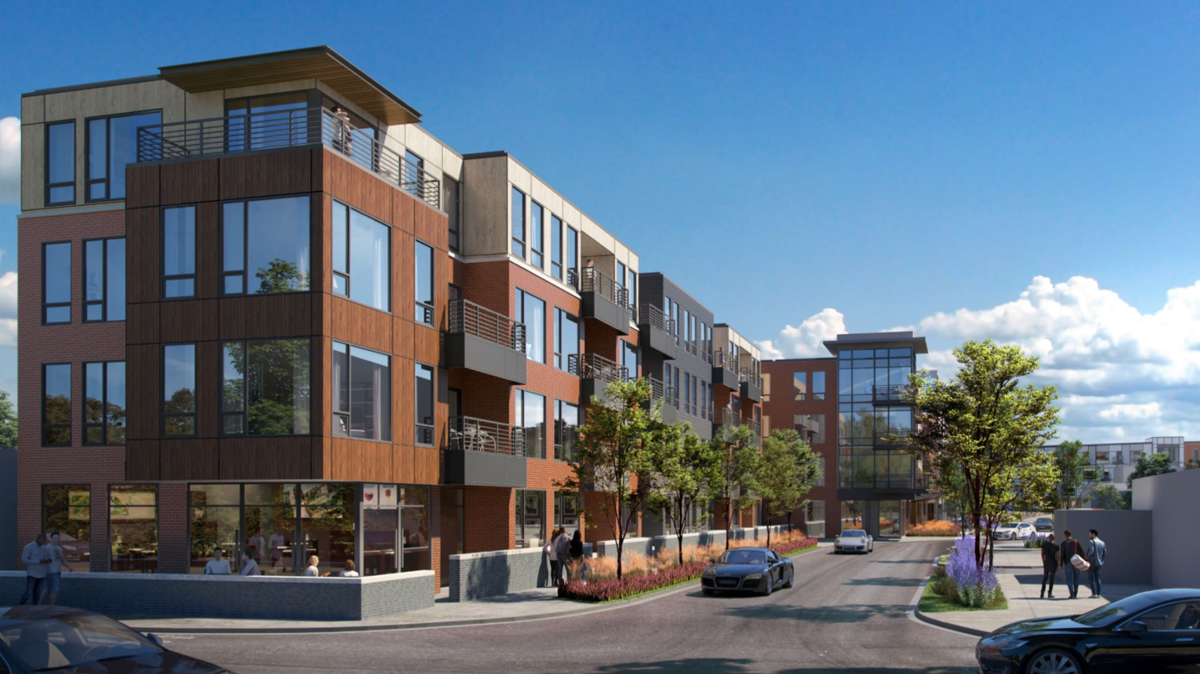 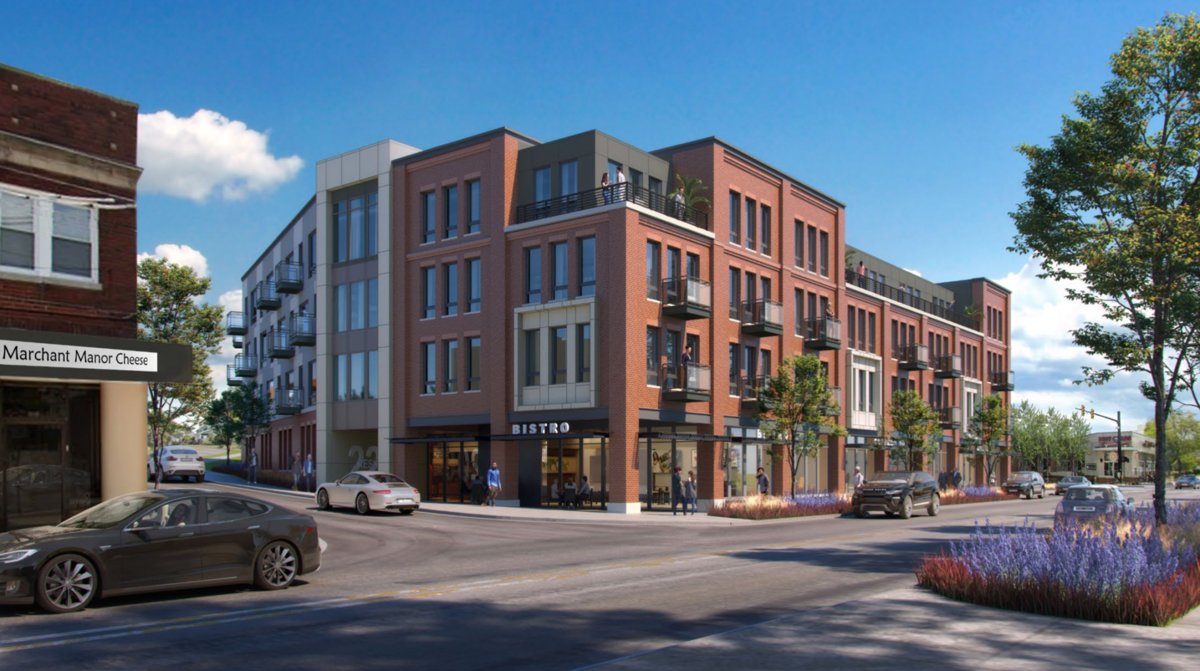 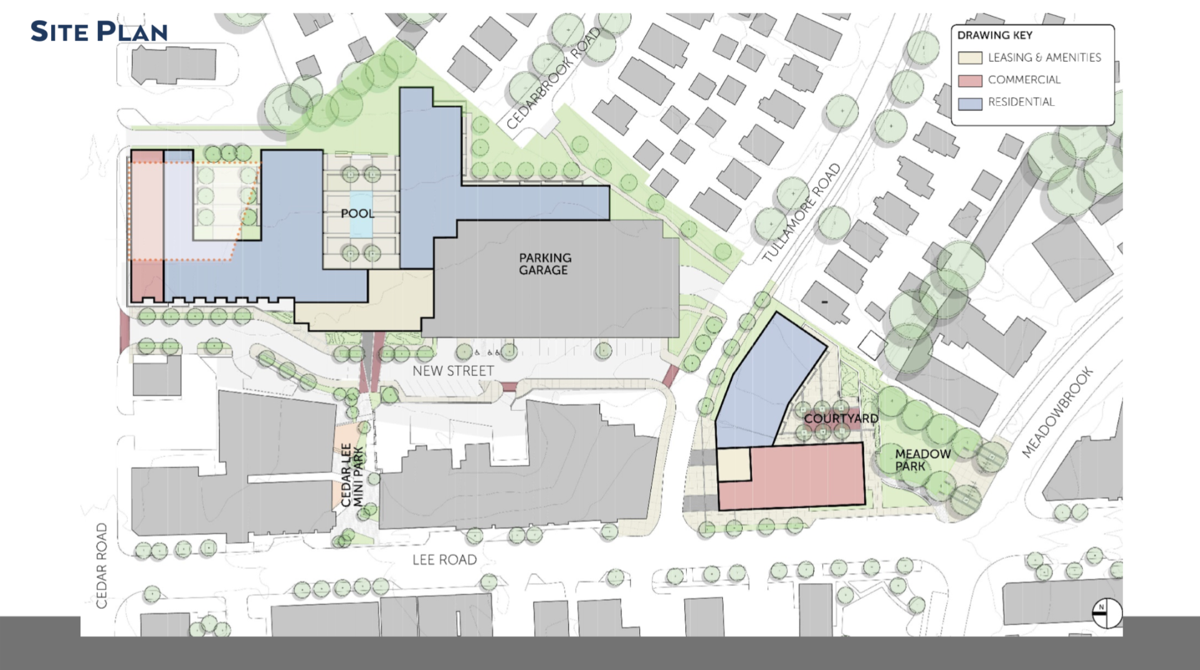 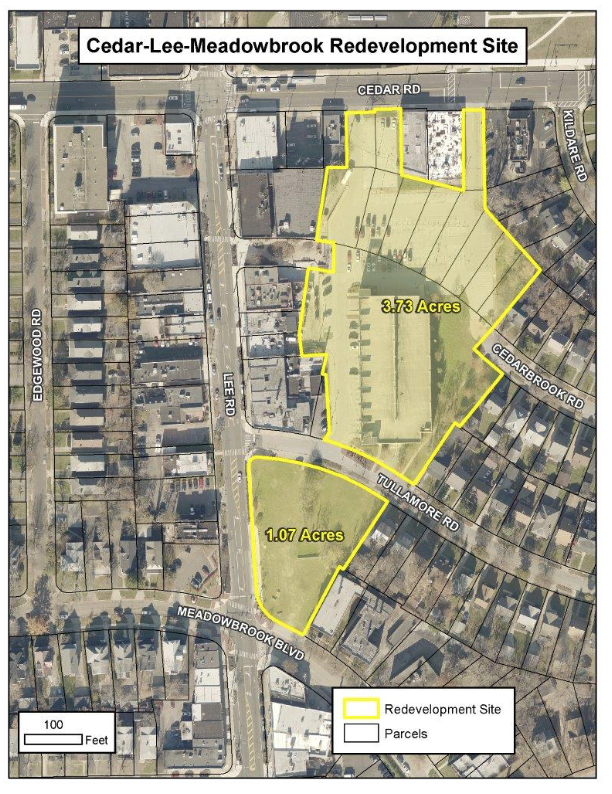 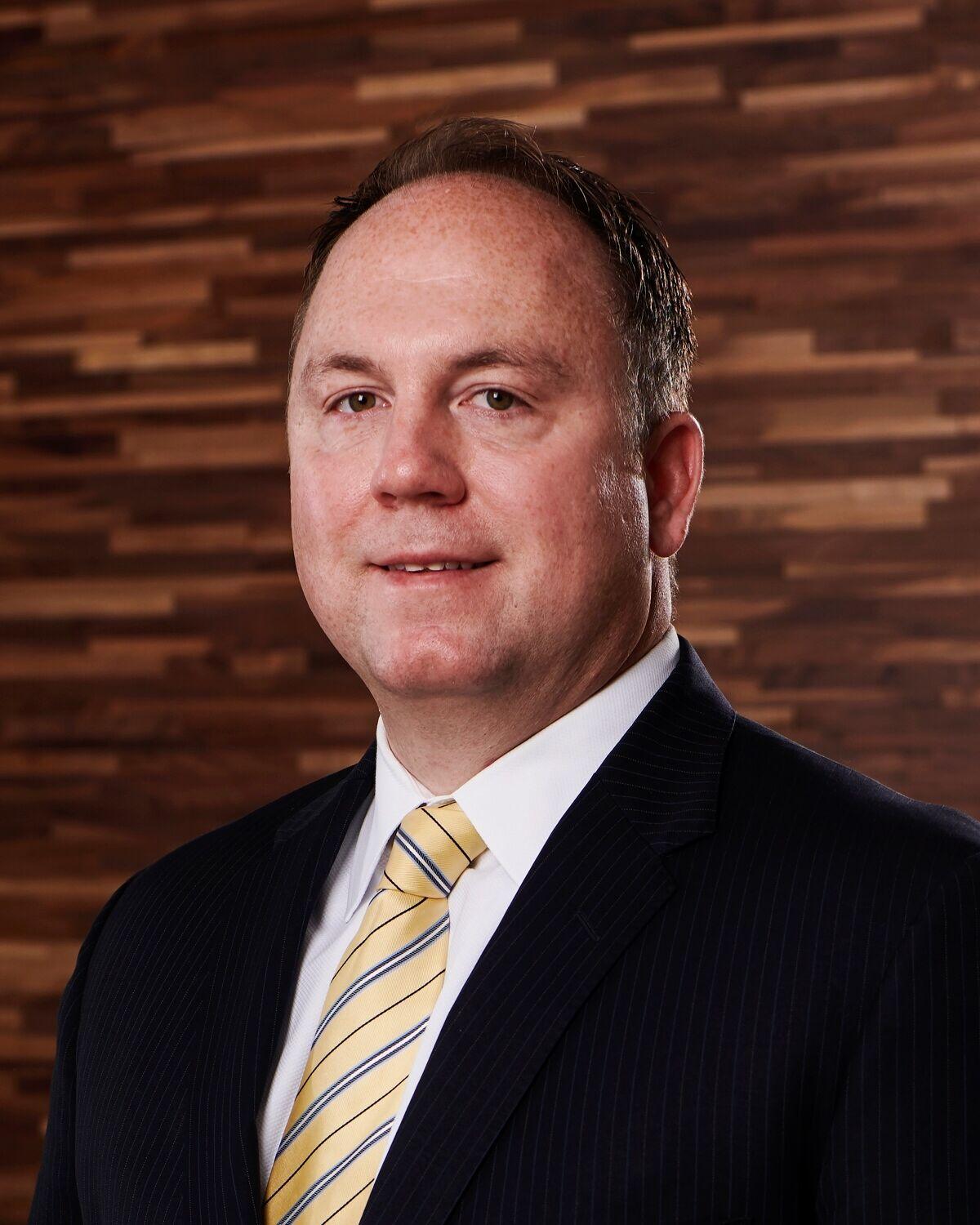 A rendering of what the Cedar-Lee-Medowbrook project could look like.

Flaherty & Collins Properties was chosen as the developer of the Cedar-Lee-Meadowbrook city-owned site that has been eyed for redevelopment since 2006.

That puts the Indianapolis firm at the helm of two key developments in Cleveland Heights – the $83 million Ascent at the Top of the Hill and the Cedar-Lee-Meadowbrook project – with an investment of $50 million, adding 200 to 225 apartment units for about 300 residents.

“The hope would be that this project could really get up and going and commence construction in the early part of 2022 and then have it complete by the end of 2023,” Tim Boland, the city’s economic development director, told the Cleveland Jewish News April 23.

The city has made six attempts to develop the site since 2006. In that time, the 377-space parking garage was built and the site to be redeveloped was expanded. The site is divided into two sections: 1.07 acres south of Tullamore Road and 3.73 acres north of it.

The typical tenants, as described in Flaherty & Collins proposal, will be a “renter by choice” with an average salary of $100,000, the creation of

500 construction jobs and a total economic impact of $100 million and 700 jobs “when factoring in the direct, indirect and induced impacts.”

Deron S. Kintner, general counsel of Flaherty & Collins, said he felt drawn to the Cedar-Lee neighborhood in a similar way he had been when seeing the Cedar-Fairmount neighborhood.

“Personally, I had a similar feeling in both those places, that people would want to live there,” Kintner told the CJN May 6. “While different, they both had a unique kind of character and a charm to them that is hard to replicate, oftentimes isn’t times isn’t replicated and had their own identity.”

Kintner cited restaurants at Cedar-Lee and its walkability as well as its potential for growth.

“We can attract people here,” he said. “There’s a lot going for it.”

The developer is seeking a 99-year land lease at $10 per year with a option to purchase in year 40 and 30-year tax-increment financing bonds issued by the city, “but sold using the project and developer’s credit, guarantees, as needed.” The financing package would require both city council and Cleveland Heights-University Heights school board approval. In addition, the developer projects $1.5 million in new annual property tax.

Boland recommended council choose the team led by Flaherty & Collins and City Architecture of Cleveland over one led by City Six Development of Beachwood and M. Panzica Development of Mayfield at its April 19 meeting. The two teams responded to the city’s 2020 request for proposals.

“The F&C and City Architecture proposal in our view has a greater economic impact in that they had proposed to develop the entire 4.8-acre site in one phase, investing $50 million, or almost 2 1/2 times what was proposed by the City Six proposal,” Boland told city council. “You’ll recall the City Six proposal was focused just on the Meadowbrook-Lee portion of the site.”

Developing only one portion of the site, as proposed by City Six, he said, “really makes it less probable that the entire site would be developed in the future.”

He also said Flaherty & Collins, said Boland, “is open to the same types of personal and brokered guarantees as they submitted in the Top of the Hill project.”

The final memorandum of understanding will require city council approval.

Council member Melody Joy Hart asked Boland to include requirements in the memorandum of understanding for prevailing wage, local hiring and a robust community engagement process.

Councilman Michael N. Ungar praised city staff and both development teams for their presentations in making the motion to authorize the city to negotiate with the Flaherty & Collins team.

Boland said the project is expected to bring in new residents.

“That’s always a great thing for an inner ring suburb,” he told the CJN.

He said he does not know what the tax benefits, economic benefits in terms of job creation or impacts to schools will be.

“Those are the kind of projections that we’re going to be asking the developer to present and provide to us,” he said, adding that the city is early in the project.

Similarly, he said he did not know what the final arrangement of ownership would be for the site.

“That’s really part of the negotiations,” he said. “I think the city is certainly strongly considering the same approach we took with the Top of the Hill site which is a ground lease.”

In that arrangement, the city would retain ownership of the land and the developer or a succeeding entity would own the improvements.

“The district is one of the Cleveland area’s most vibrant shopping and dining experiences. City Manager Susanna Niermann O’Neil said in a news release. “This redevelopment opportunity to create an amenity-filled mixed-use development has the potential to add to the unique character of the surrounding Cedar Lee neighborhood. The city anticipates the construction of a dense, vibrant, pedestrian-friendly and unique mixed-use development that leverages the place-making opportunities of the site and the Cedar Lee District.”

Kintner said with the opening of the public garage at the Top of the Hill, retail and residential development can now proceed. He said the garage opened in April. The first residential and retail buildings should open in spring 2022 with the balance opening in the summer. There will be 262 apartment units and 11,000 square feet of retail space, with the best represented demographics among residents as young professionals and empty nesters.

“It’s not easy signing up retail in this current environment,” Kintner said, referring to the chill that the COVID-19 pandemic has placed on retail business. “We’re very bullish that when things normalize, there will be a lot of interest.”

After a wait of 50 years to develop at Cedar Road and Euclid Heights Boulevard in Cleveland Heights, a couple-month delay due to the COVID-19 …