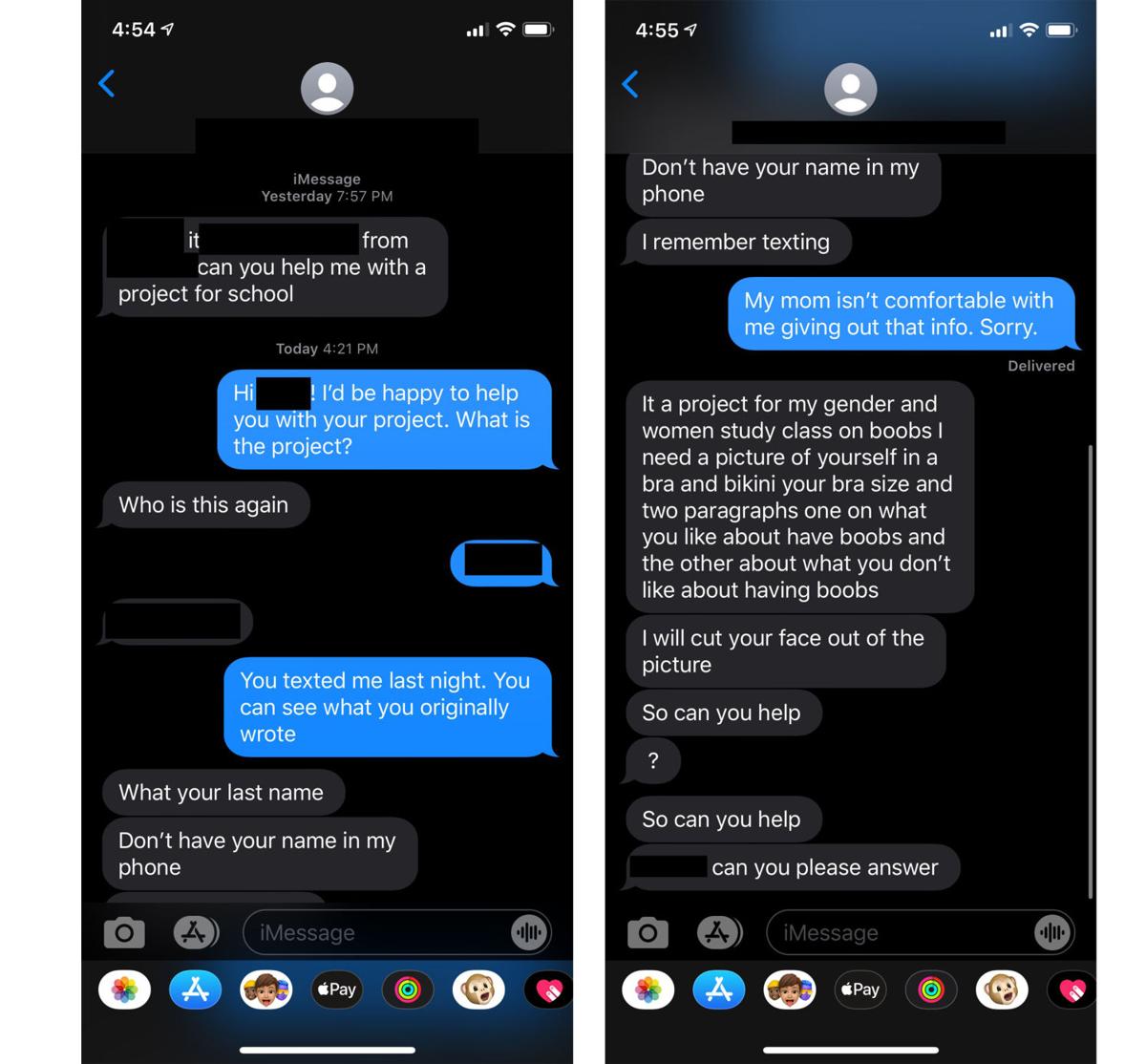 Screenshots from the March 20-21 text conversation between Jason Wuliger’s daughter and the child predator who posed as a girl his daughter had met briefly at an overnight youth group event in November. The child predator is currently under investigation with police. 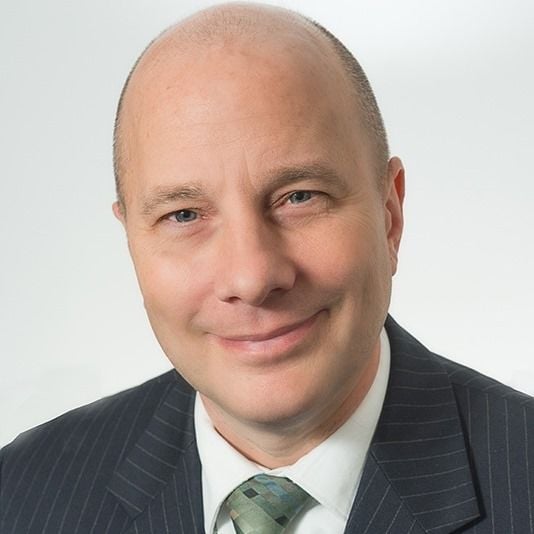 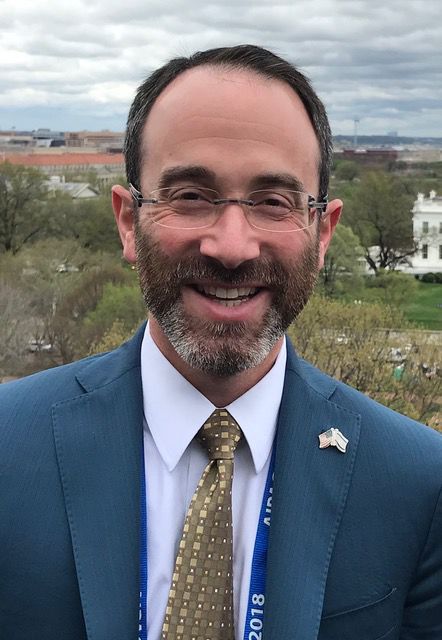 With COVID-19 forcing school-age children to continue their education at home where they have greater access to cell phones and the internet, Ohio’s Internet Crimes Against Children Task Force expects an upcoming boom in child predator tips.

The Ohio ICAC is run by Cuyahoga County Prosecutor Michael O’Malley, and he runs investigations into the state’s cyber tips received from the National Center for Missing and Exploited Children.

There are 61 ICAC Task Forces nationally to which NCMEC sends tips. For additional assistance in Ohio, there are hubs in Columbus and Cincinnati and in the attorney general’s offices for rural assistance.

Historically, Ohio ICAC had been receiving about 2,000 tips a year from NCMEC, until tips boomed to 7,000 last year, Bell said. This year, January had 603 tips,

“No. 3, there’s better reporting mechanisms by these internet service providers. They’re monitoring themselves better and using automatic automated mechanisms now that catch a lot of the bad chats. They also catch the child pornography using algorithms. They’re getting this to NCMEC quicker.”

Bell and Ohio ICAC are following the pattern of increasing tips, and mixing in the variable of children at home without their schools’ supervision and increased access to their devices, they estimate even greater danger for children.

“We anticipate, because everybody’s home, that these tips are going to just explode even more over the course of the next two weeks,” Bell said. “Even though these numbers are crazy numbers, kids are possibly using their phones more. Their teachers aren’t there to police them – it’s really up to their parents to do that.”

Jason Wuliger, president of Nachshon Ventures LLC and a candidate for Lake County Commissioner, was always attentive to his children’s technology use. However, he had the unexpected experience of a child predator targeting his 11-year-old daughter.

An unknown number texted his wife’s telephone the evening of March 20, claiming to be a girl his daughter had met from an overnight youth group event she attended in November. The “girl” asked for his daughter’s help with a school project.

To Wuliger’s daughter, it seemed normal. Maybe a little odd that she didn’t really remember this girl, but she responded the next day – under Wuliger’s wife’s watchful eye – that she was happy to help.

The “girl” responded asking for Wuliger’s daughter’s personal information, like who she was and her last name.

“That pinged a little bit of a suspicious bell with my wife,” Wuliger said. “That’s when my wife said, ‘No, we’re not giving this person more information about who you are. They texted you, either they know who you are or they don’t.’”

Thirty minutes after that, an officer discovered the “girl” behind the number texting Wuliger’s daughter was a child predator who had somehow gotten a list of attendees from the event Wuliger’s daughter had attended that also contained the attendees’ contact information. She wasn’t the only one the individual, currently under investigation, had contacted.

“I wanted to act on it right away because if you can get the authorities involved quickly enough, they can continue the conversation over text with the perpetrator to try to get more information about them and more evidence against them,” Wuliger said.

The experience was one Wuliger’s daughter will never forget.

“For the next few nights, she had trouble falling asleep ‘cause she was afraid this person was going to show up at her house,” Wuliger said. “I had to reassure that wasn’t going to happen. It took some time, but she’s gotten past it.”

Wuliger warns parents to keep an eye on what their kids are doing on their devices. Wuliger and his wife check their daughter’s devices “not because of her, we trust her. It’s because there are grownups who spend their time trying to get kids to make mistakes.”

“This happens across all social and economic statuses,” Bell said. “We don’t see a lot of our cases being from the inner city of Cleveland using the internet to solicit children. You see it in Solon, in Beachwood, in Parma, in Strongsville – this is a suburban crime.”

• Find out what apps your children are using and do research on them. What are their security settings? Do they allow chatting or video calling with strangers?

• Have a conversation with your children about the apps they use to make sure they have proper security settings established. Be careful about apps like TikTok, Snapchat and Kik Messenger where children can be reached by people from anywhere.

• Be wary of your children using devices away from where you can monitor them.

• Make your child add you on social media sites so you can see what they’re posting.

• Monitor how much time your child is spending on their devices, especially if it’s alone time.

• Don’t let them add anyone on any digital platform they don’t know.

• Talk to them about the dangers of the internet and how virtual mistakes can have real-life consequences.

Bellefaire JCB’s Homeless and Missing Youth Program, funded through the U.S. Department of Health and Human Services, was established as a program for homeless, missing and runaway youth who are in need of crisis intervention, possible respite and case management. For more information, visit bellefairejcb.org/YouthHomelessness.