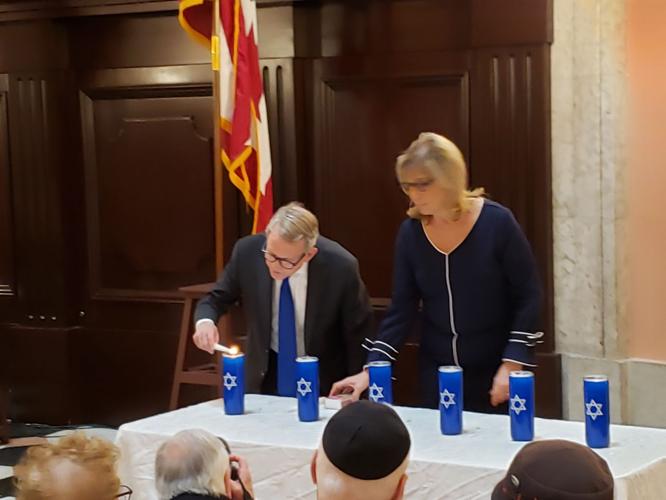 Gov. Mike DeWine lights the first of six candles in memory of Holocaust victims during the 39th annual Ohio Governor’s Holocaust Commemoration on May 9, 2019, at the Ohio Statehouse in Columbus. 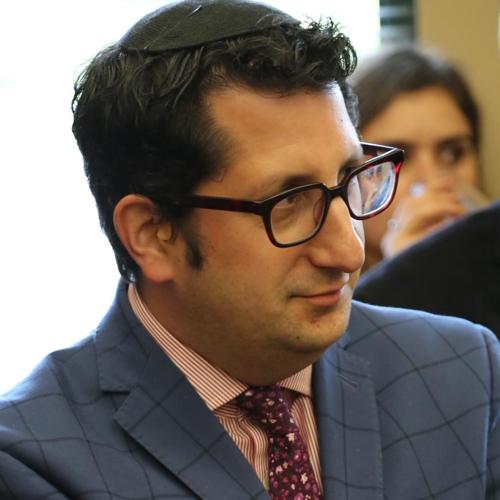 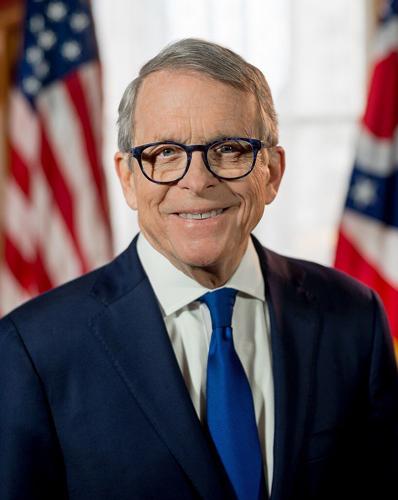 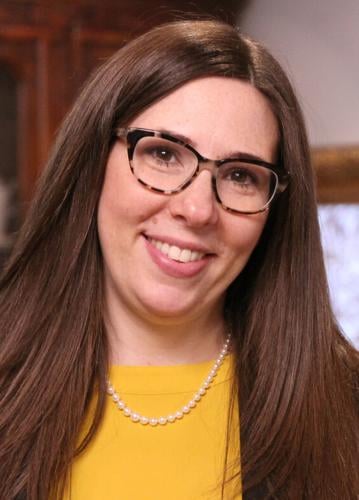 Ohio Gov. Mike DeWine’s April 8 Holocaust commemoration will include a conversation about the importance of Holocaust education that comes just months after Ohio passed legislation to bolster such programming throughout the state.

The 41st annual governor’s Holocaust commemoration will take place virtually at 4 p.m. and include a conversation between DeWine and Stephen D. Smith, executive director of the University of Southern California Shoah Foundation. The discussion comes after the state passed legislation late last year to create the Ohio Holocaust and Genocide Memorial and Education Committee. The committee is charged with, among other things, gathering and disseminating information about the Holocaust statewide, using public information programs to raise awareness, proposing programs to fill in any gaps in the current educational curriculum, and helping schools secure funding for educational programming. The committee has the support of Jewish organizations nationally and throughout Ohio.

The commemoration will also include a conversation between Ohio Department of Veterans Services Director Maj. Gen. Deborah Ashenhurst (U.S. Army, retired) and concentration camp liberator Robert Coyne at the Motts Military Museum in Groveport, and a tour of the Nancy & David Wolf Holocaust & Humanity Center in Cincinnati,  which presents the program each year, with CEO Sarah Weiss and Holocaust survivor Dr. Al Miller.

This annual event is significant when considering the German government’s role in the Holocaust, Howie Beigelman, executive director of Ohio Jewish Communities in Columbus, which advocates on behalf of the eight Ohio chapters of Jewish federations, told the Cleveland Jewish News.

“One key lesson of the Holocaust is realizing the total apparatus of government, from the civilian executive, to legal, legislative, law enforcement, military, intelligence and more were wholly focused on the persecution and murder of European Jewry,” Beigelman said. “Having Ohio’s elected leadership including Gov. DeWine, Senate President Huffman, Speaker Cupp and DVS Director Ashenhurst join together with the cabinet, a bipartisan group of legislators and staff, and the public to remember this is the strongest possible way to proclaim, ‘Never Again.’”

Weiss agreed the commemoration is significant.

“The Holocaust was a watershed event in human history, which impacted all of humanity,” she told the CJN. “Therefore, Holocaust commemorations within the Jewish community and beyond are incredibly important to learning from the past. Having our public servants mark this occasion provides a meaningful message that we all have an obligation to learn from the lessons of the Holocaust. For the eyewitnesses still among us, these commemorations also offer an opportunity to honor them and provide hope that their stories and history will carry on after they are gone.”

WHERE: Virtual via Zoom