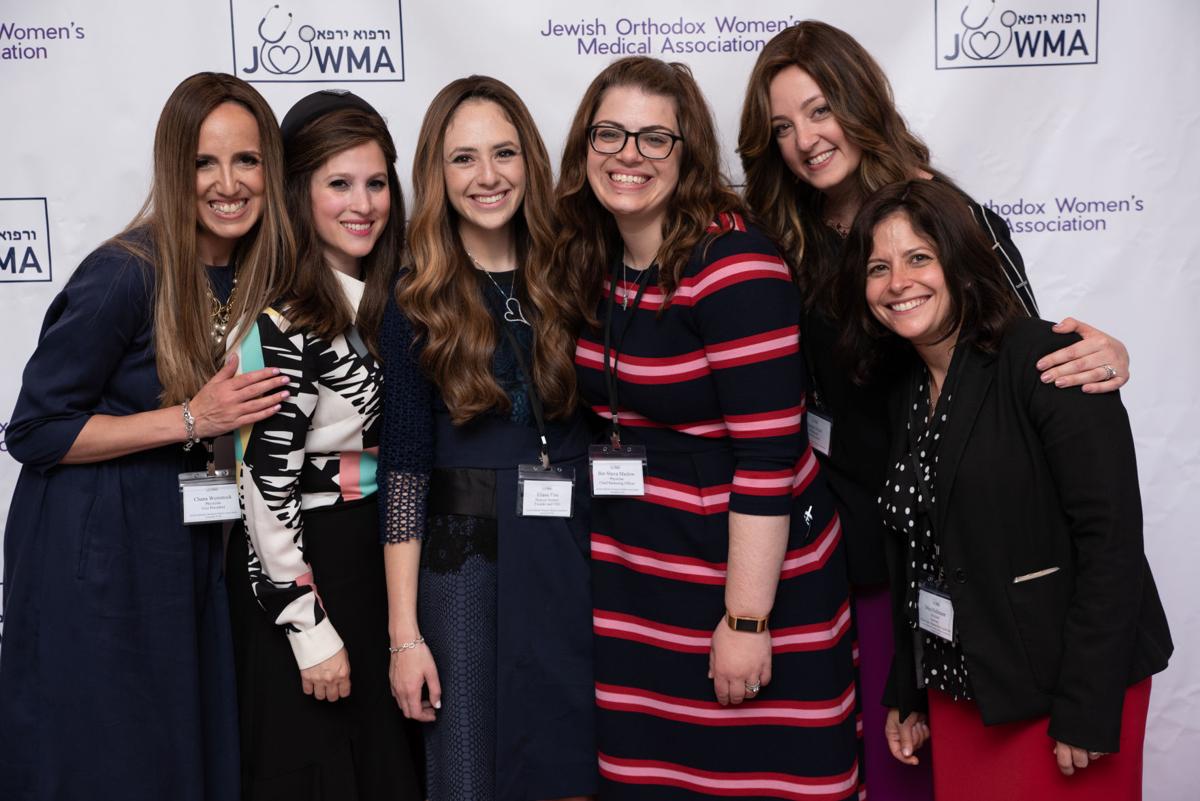 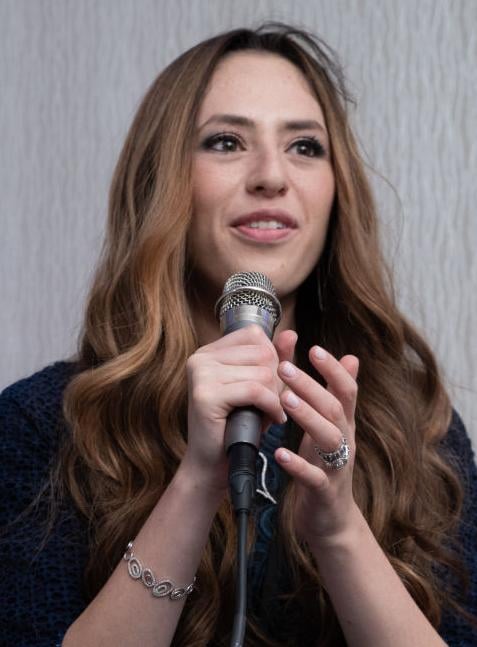 Eliana Fine speaks as part of a panel discussion during JOWMA’s inaugural event May 19.

At 3:45 a.m., much like the light she has turned on to combat the early morning darkness, Eliana Fine is awake in her West Hempstead, N.Y., home.

There are no distractions, as her husband, Moshe, and 2½year old son, Ezra, sleep soundly, unaware of the clacking on Fine’s laptop or pen scratching on paper.

She’s up to study for her classes she takes at the Renaissance School of Medicine at Stony Brook University in Stony Brook, N.Y., a part of the OB-GYN track.

And all of her hard work is to help fellow Jewish women either in, or trying to enter, the medical world understand that it is possible to balance faith, family and medicine, and that they’re not alone in their struggles.

“My goal with my Instagram blog (mom.futuremd) or with JOWMA is really to show people that if I can do it, they can do it,” Fine said. “Becoming a doctor was something that I wanted, and if you really want something, then I believe that when there’s a will, there’s a way. I really want to show people that despite people second guessing or doubting that a woman can go to medical school and raise a family and have children – those aspects of my life are going to make me a great doctor. It’s just about finding balance.”

Despite her immense drive to become a doctor early on, Fine grew up in University Heights never knowing an Orthodox female physician or trainee she could look up to or learn from; so, once she paved her own way to medical school, she sought to change that.

She founded JOWMA after joining a Facebook group of 400 Orthodox female physicians, bewildered that a number of women like her existed and were accessible.

“I was like, ‘Wow, where have these women been?’ I didn’t know anyone, and I just thought it was so amazing. I was reading through posts people posted on what it’s like to be married, what it’s like to be Jewish or religious throughout medical training, and I asked if these people ever actually got-together. They didn’t. I thought it would be such a huge networking opportunity, so I wanted to create some sort of get together.”

Fine found herself creating an event with numerous specialists, speakers and panelists from the Facebook group, and to create a way for people to sign-up, she thought why not just create an opportunity to connect Jewish women in medicine even outside of the event?

“I asked my panelists if they would be interested in participating in some sort of organization to support, empower and advance the careers of Jewish female physicians because nothing like that existed, and they all became really excited about the idea,” Fine said. “So I built and launched the website. In five days, 100 people signed up and there was such a huge response on social media. We realized that this is something that’s actually a need in the community.”

JOWMA’s inaugural event in May 2019, a month after its creation, was an immense success in Fine’s eyes. An advisory board with about 40 physicians and trainees and two committees, the Jewish Preventative Health Committee and the Community Education Committee, then joined JOWMA.

Through its mentorship program, students in medicine, pre-medicine and high school can be connected to a physician or trainee with similar interests to receive mentorship that can lead to additional opportunities like shadowing and clinical experience. A forum on JOWMA’s website is always open for members to ask questions or connect with one another. Using these services requires a purchasable one-year membership available on the organization’s website starting at $18 for pre-medical and high school students, $36 for medical students, residents and fellows, $100 for attending physicians and $136 to sponsor the membership of a trainee.

The organization also works to enlighten Jewish communities on medical and health concerns. Two weeks after JOWMA was created, it partnered with the NYC Department of Health to create the JOWMA Preventative Health Vaccination Initiative as a response to the measles outbreak in Orthodox neighborhoods in New York by offering an anonymous hotline for people to ask questions and schedule private in-home vaccinations by JOWMA physicians. The hotline serves as an informational source for people to call now that the outbreak is done. There is also an upcoming webinar series available for free to the general community tackling medical education, such as the HPV vaccination, where people can also ask questions and learn about health issues not typically covered in Jewish Orthodox communities.

JOWMA’s biggest event so far is its upcoming symposium, “Championing Jewish Female Success in Medicine & the Jewish Community,” Jan. 5 at the DoubleTree by Hilton Newark Airport Hotel in Newark, N.J. The symposium will feature keynote lectures, panel discussions, workshops, member research presentations, networking opportunities and awards with the goal to recognize and celebrate the leadership and accomplishments of Jewish female physicians. Any physician, resident, medical student or pre-medical student – no matter their sex or religion – is welcome to join the event.

“It’s about celebrating and championing the Jewish female physicians as well as those who are just starting out in their career,” Fine said. “We really want to be that support system specifically for women who, like myself, come from a community where they didn’t know any Jewish physicians growing up. If I just had a Jewish female physician who came from a similar background as I did to look up to or ask advice from, things would have been so much easier for me. And so finding that now has been extremely helpful.”

As of now, JOWMA is only available for those Jewish women in physician, trainee, fellow, resident or medical/pre-medical/high school student positions, but eventually, once she finds a little more time, Fine wants to open the organization to all Jewish women in the medical world, as well as create a network of Jewish physicians across the country at the top of their field to serve as a resource for the Jewish community to find local physicians.

WHAT: “Championing Jewish Female Success in Medicine & the Jewish Community”