Kline, 50, of Stow, was first charged with a single count of third-degree felony gross sexual imposition Sept. 23. He was free on $50,000 bond and was issued a criminal protection order by Judge Michelle Paris in Bedford Municipal Court that day.

That victim, who was 12 at the time of the offense in 2010, said Kline groped the back of her thigh. 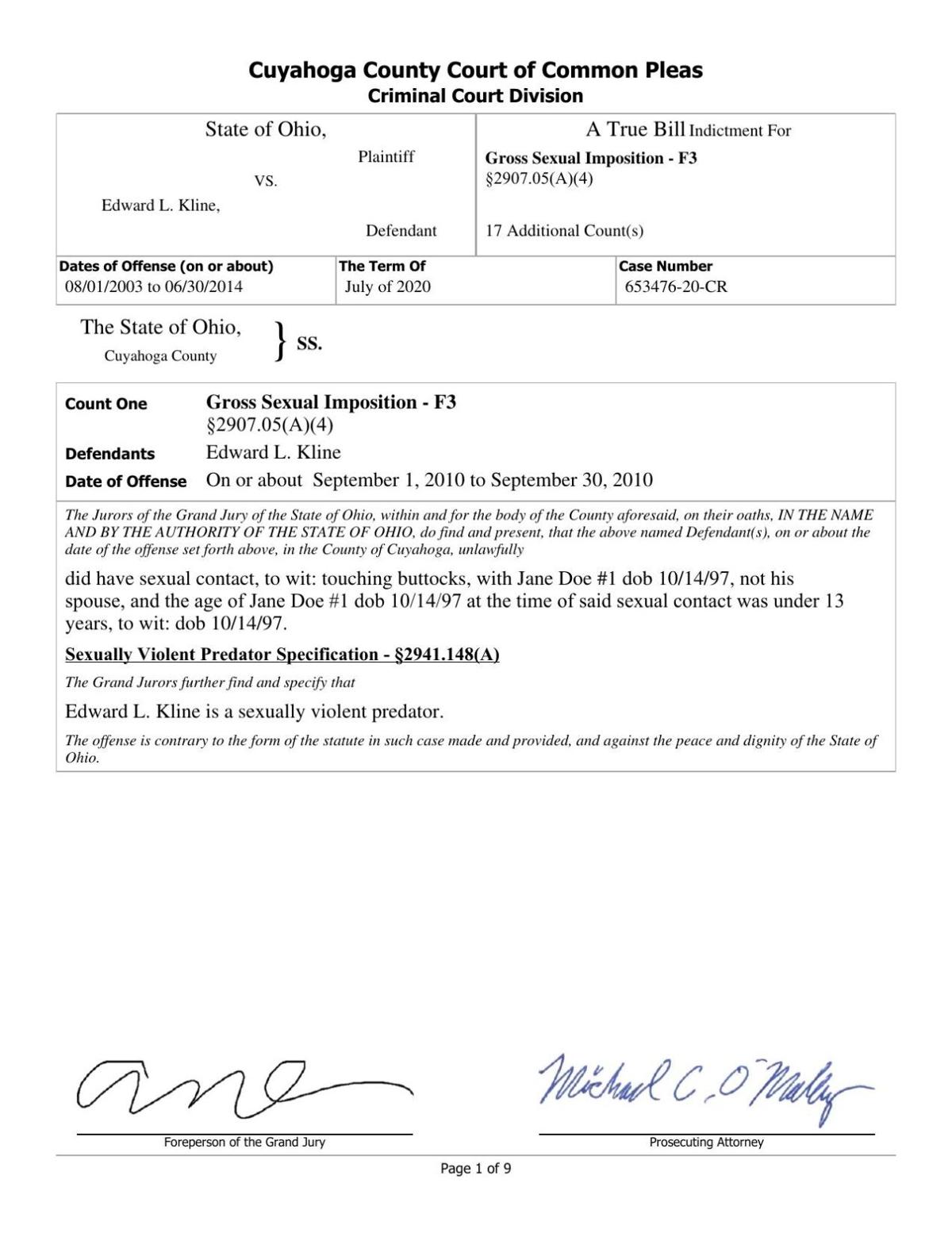 The charges involve seven female victims, only two of whom were adults at the time of the alleged incidents, Hofmann said. Kline is due to be arraigned Oct. 14, when his bond could change.

The offenses took place from a time period of Aug. 1, 2003, until June 30, 2014, according to the indictment, and the grand jury labeled Kline a sexually violent predator in its indictment.

Hofmann said two detectives have been working on this case 15 to 20 hours a week since the investigation opened in June, interviewing 20 or 21 people.

He said two additional people have come forward since Kline was charged on Sept. 23, and they have made arrangements to be interviewed.

Kline, 50, is married. He worked with students from eighth to 12th grades in Solon from 2004 until his resignation in 2018. He resigned from Solon schools before his employment could be terminated, according to a report then-Superintendent Joseph Regano filed with the Ohio Department of Education in 2018.

The Solon Police Department confirmed to the CJN it was investigating the allegations posted on Facebook.

Kline is represented by Eric Nemecek, founding attorney at Friedman & Nemecek of Cleveland. He could not immediately be reached for comment.

Kline’s status as a teacher in Ohio is listed as “pending review.” He applied for renewal of a five-year license Feb. 6, 2019, a process that typically takes 10 days.

Mandy Minick, deputy director of communications/press secretary for the Ohio Department of Education, said she could not comment on Kline’s status.

“A criminal charge does not change the status of a license and educators are entitled to due process, as prescribed by Ohio Revised Code and Ohio Administrative Code, before a disciplinary action can be taken on their license or application,” she wrote in a Sept. 30 email to the CJN.

Bond was set at $50,000 for former Solon band director Edward L. Kline of Stow at a hearing Sept. 23 in Bedford Municipal Court after he was a…