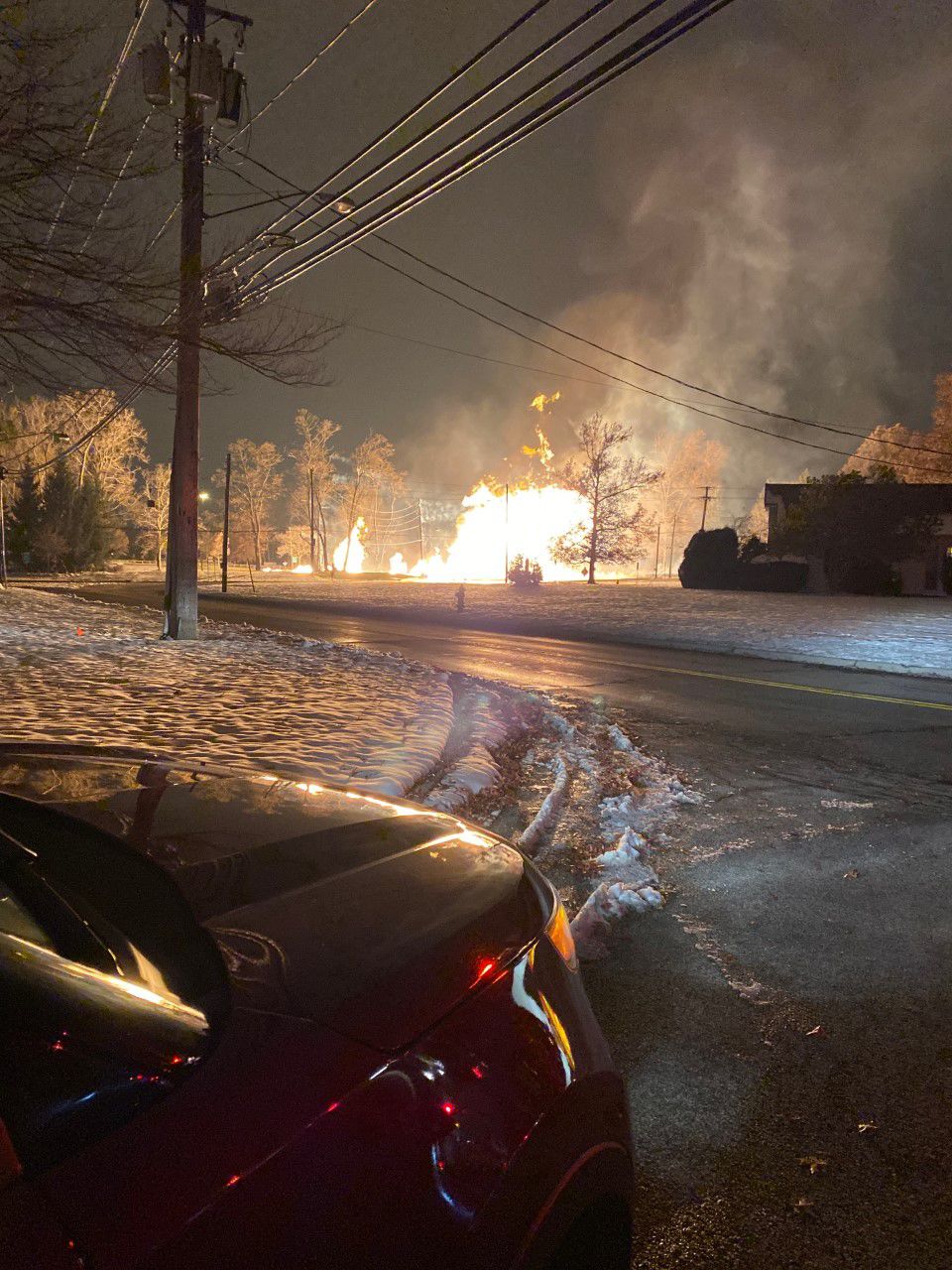 A fire burned for hours in the early morning of Nov. 15 on Brainard Circle in Pepper Pike. 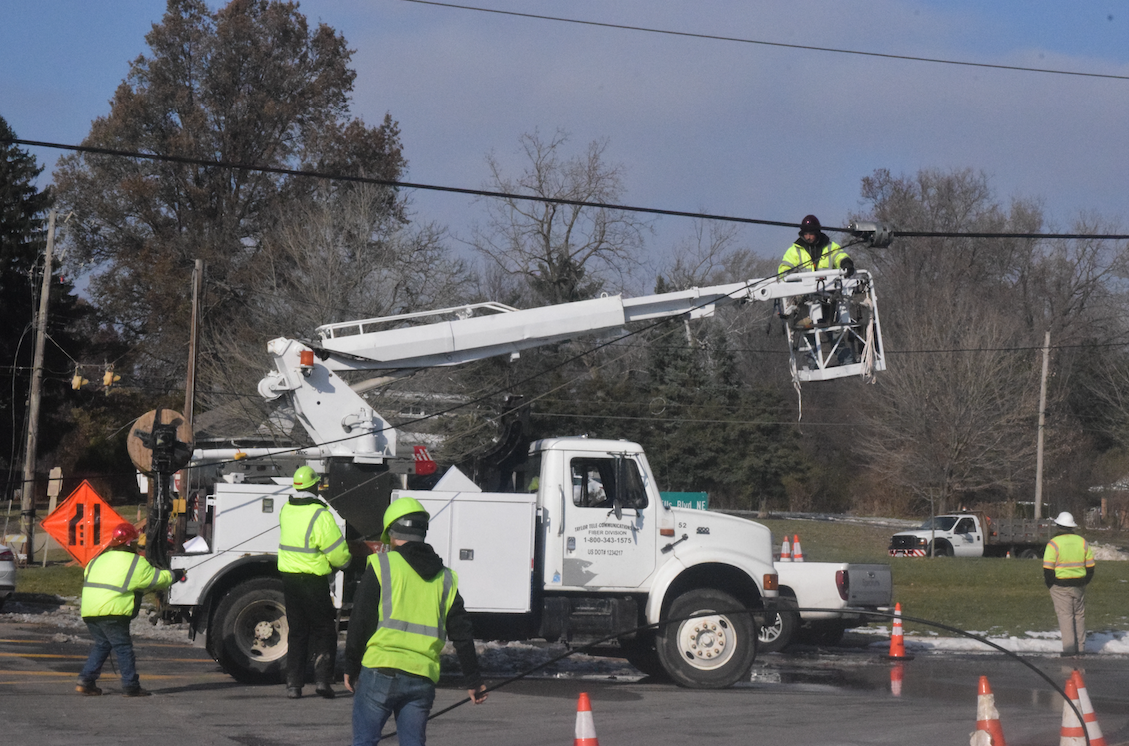 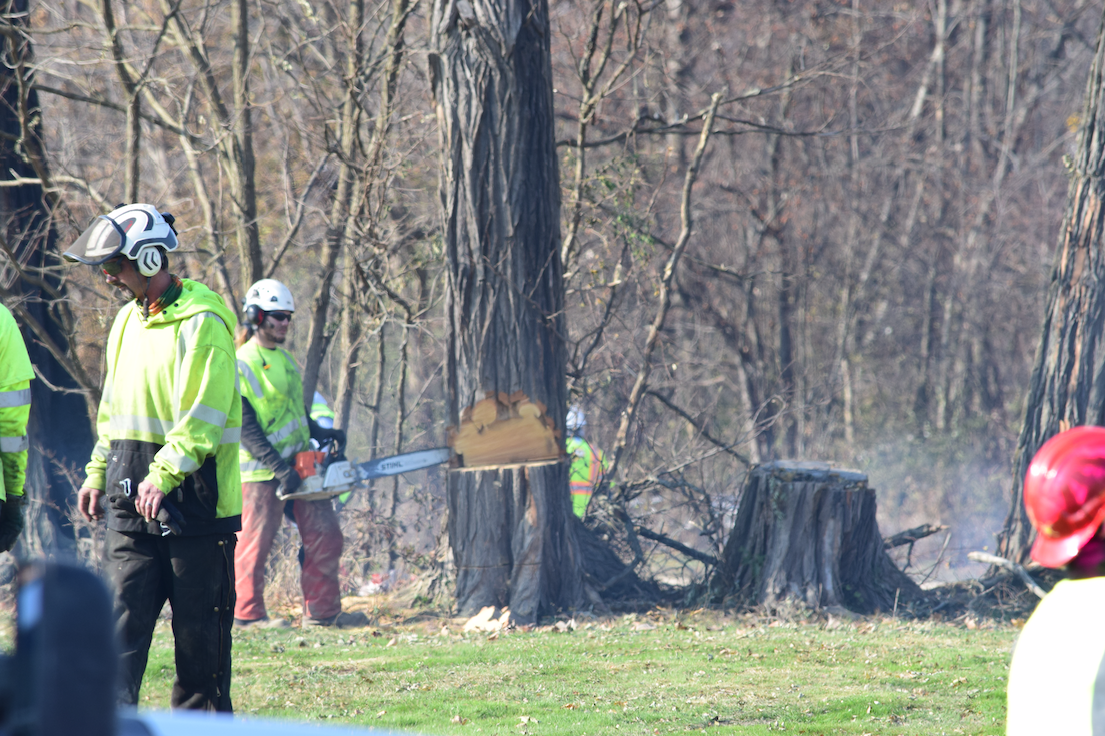 A tree in the area of the fire had to be cut down. 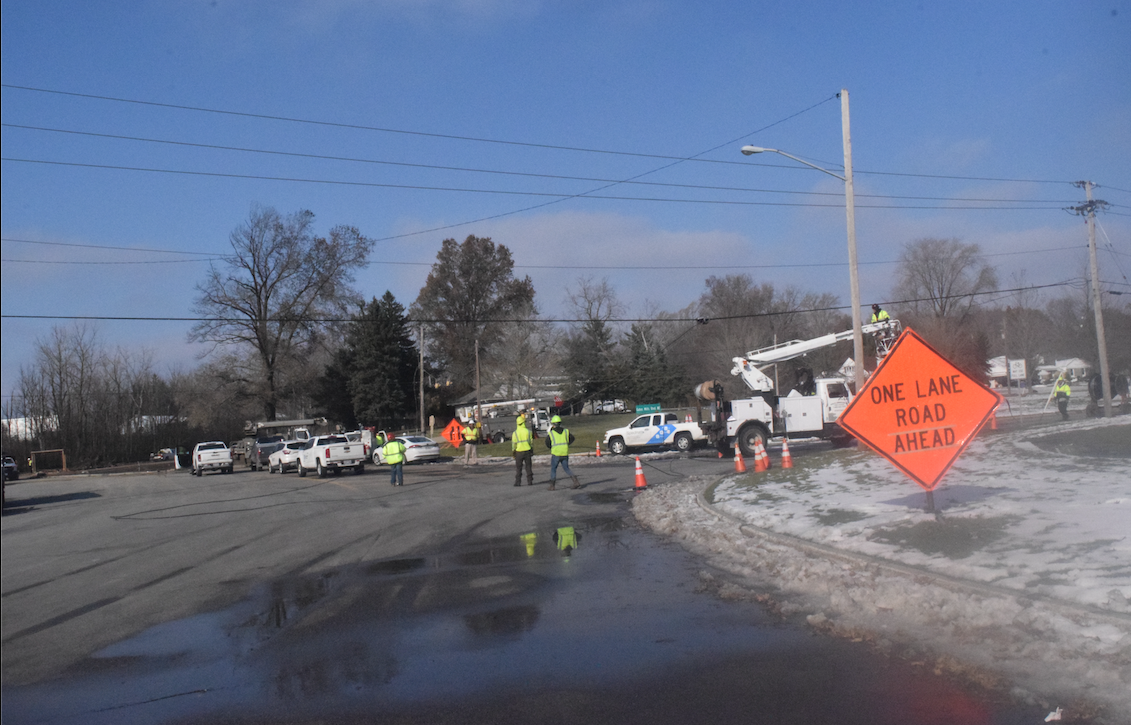 Local roads in the vicinity of the fire had to be taken down to one lane to accommodate workers.

A fire burned for hours in the early morning of Nov. 15 on Brainard Circle in Pepper Pike.

A tree in the area of the fire had to be cut down.

Local roads in the vicinity of the fire had to be taken down to one lane to accommodate workers.

“We’re very grateful that no one was injured and that no houses burned down,” Bain told the Cleveland Jewish News. “Given there are positive ways of looking at this, as bad as it was, that this did not occur during the daytime while traffic was moving through the circle

“There wasn’t a high wind. This fire had 60- to 70-foot tall flames and burned for quite a while. There were not winds pushing the fires into the nearby residences. So, there are fortunate things given the bad circumstances that occurred.”

The explosion occurred at 12:54 a.m. and the fire burned for hours.

“Dominion (Energy) had to work a few hours before they could identify and get the gas shut off,” said Bain, who lives about 1 mile from the area and was on scene minutes after the explosion. “They have been doing this project for a long time, since the beginning of the summer, at least.

“The explosion was heard by our fire personnel inside the firehouse and by a police clerk, who was working inside the police station.”

They were working just across the street from where the explosion occurred.

Bain praised the efforts of Beachwood Mayor Martin S. Horwitz, who arranged for about 20 evacuees to take shelter at the Beachwood Community Center.

“The mayor of Beachwood came over as well as Councilman (James) Pasch,” Bain said. “The mayor was actually out directing traffic on the Beachwood end of the road closing. Marty was terrific. I really appreciated their support and assistance.”

Bain said the community center was the most available facility, but Pepper Pike City Hall is available if residents need shelter today.

“They opened it up and they were helping out our residents,” he said.

Brainard Circle is a heavily traveled area and police blocked off major arteries into the circle.

“There’s major damage to the circle,” Bain said. “The circle will be partially closed for a good unknown period of time. They’re still evaluating the extent of the damage, but casual observation reveals that the damage is very extensive to the circle.”

A news release from Pepper Pike Police Chief Joe Mariola said: “As a result of the fire, electric power has also been lost in the area affecting approximately 500 homes. FirstEnergy is also on the scene to evaluate the outage. It is currently unknown when power will be restored. Roads in the area, including Gates Mills Boulevard, east and west, from Lander to Brainard Circle, Shaker Boulevard, east and west from Lander Road to Richmond Road, and Brainard Road from Fairmount to South Woodland, north and south are closed at this time due to the fire and damage to roads and power lines. No injuries or damage to homes have been reported. Local schools have been alerted about the road closures and power outage.”

Mariola declined further comment to the CJN this morning.

This is a developing story and will be updated at cjn.org.

Video: See the fire caused by a gas-line explosion at Brainard Circle in Pepper Pike

Jerry and Debbie Isaak-Shapiro were awakened by a pounding on the front door of their Brainard Road home in Pepper Pike at about 2 a.m. Nov. 1…