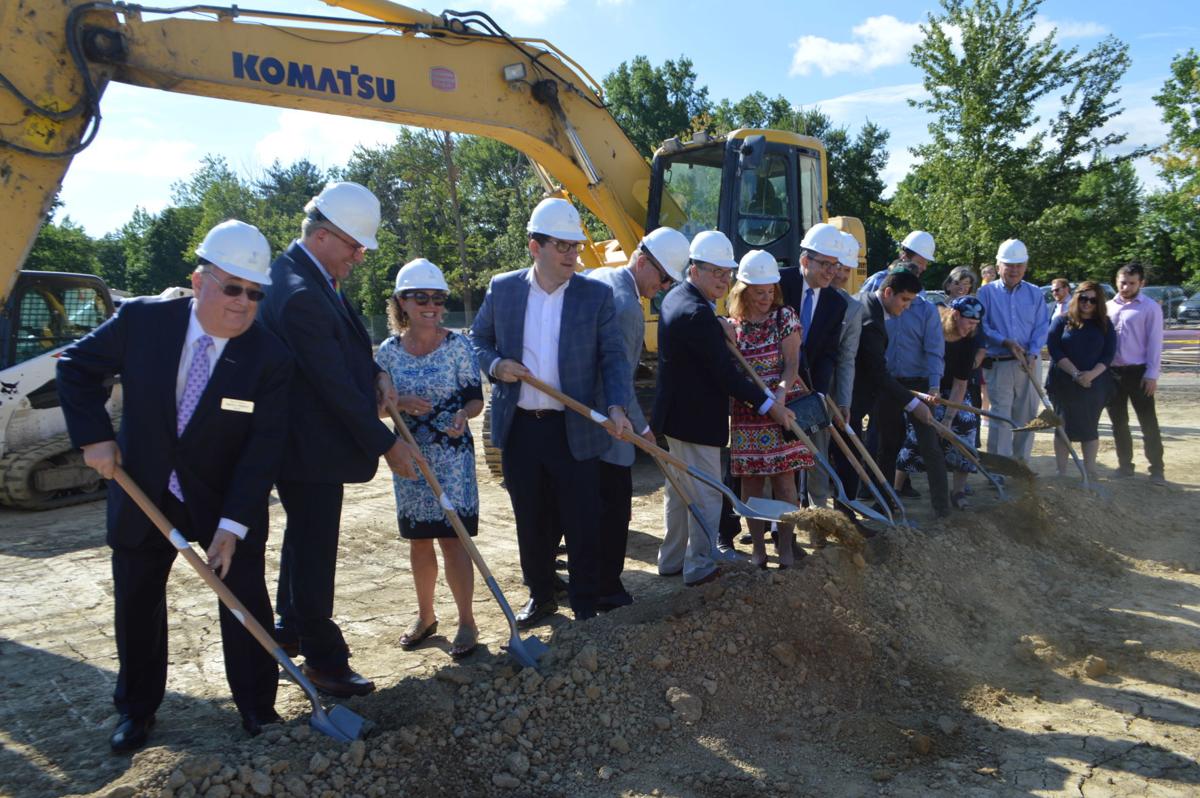 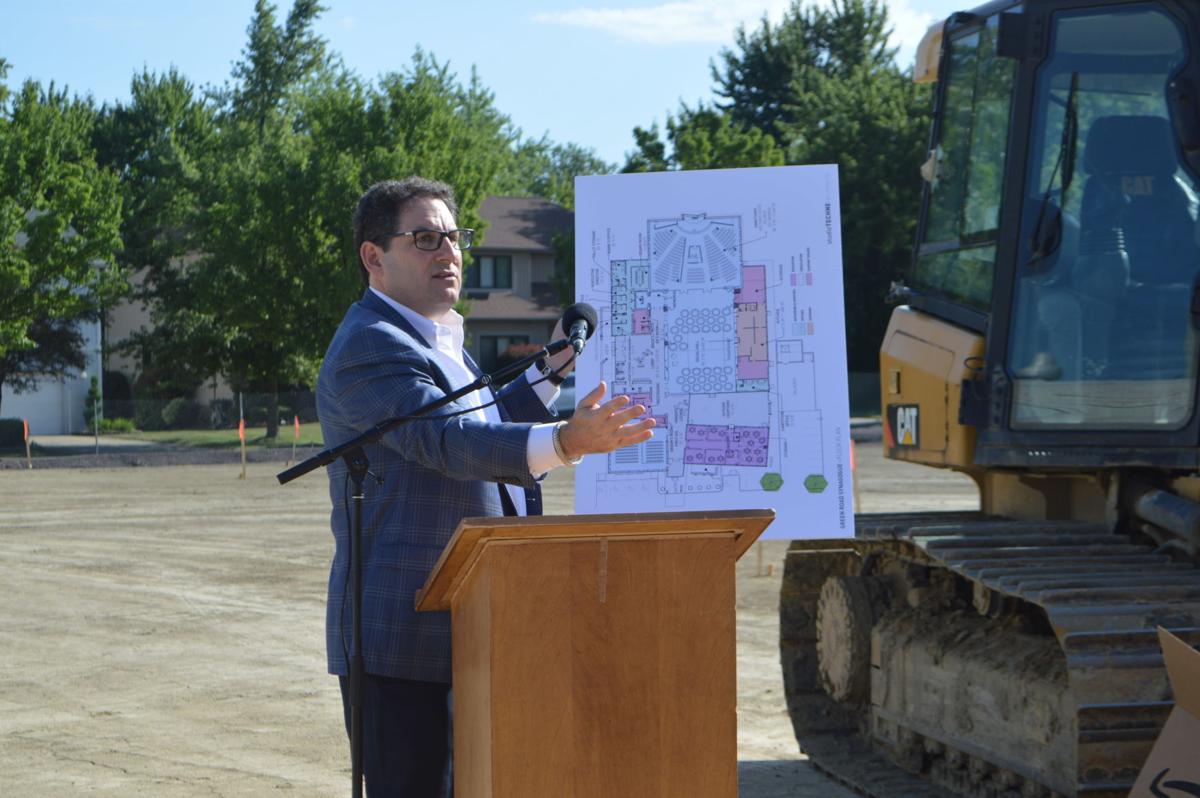 Steven Soclof, chair of Green Road Synagogue’s building committee, orients attendees of the groundbreaking how the building will be structured. 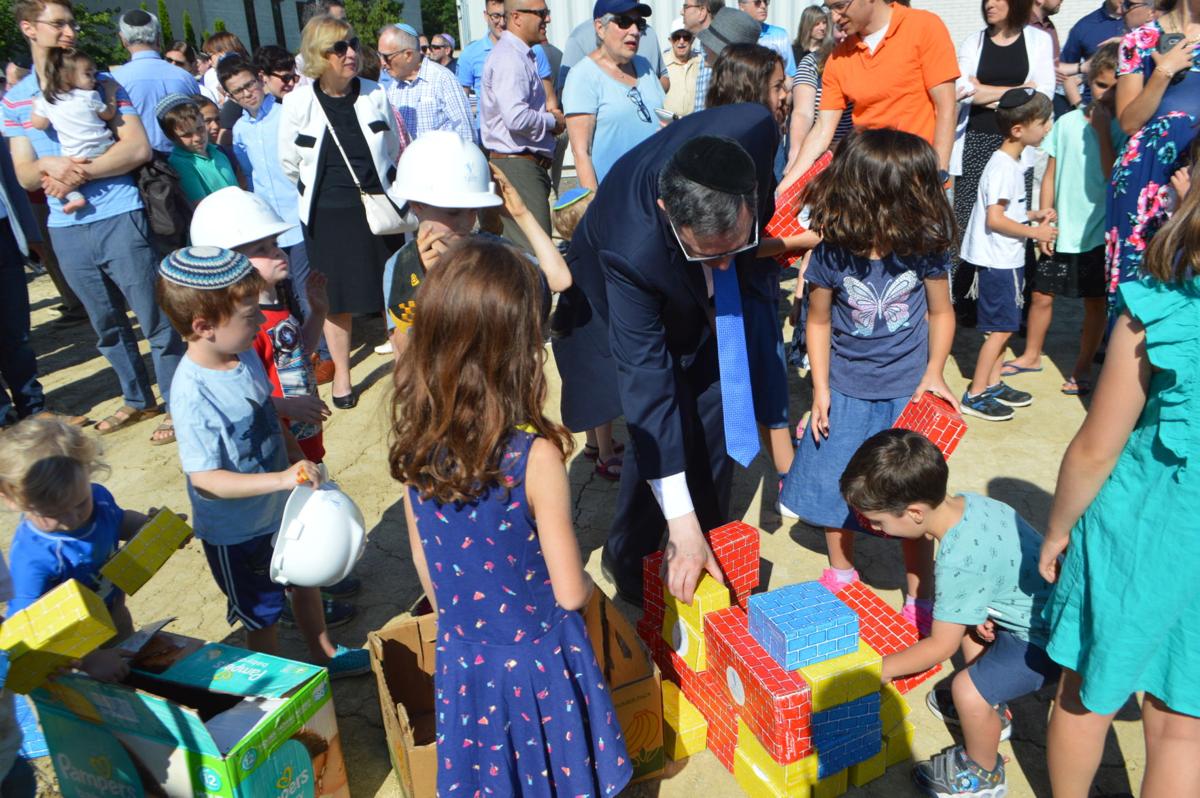 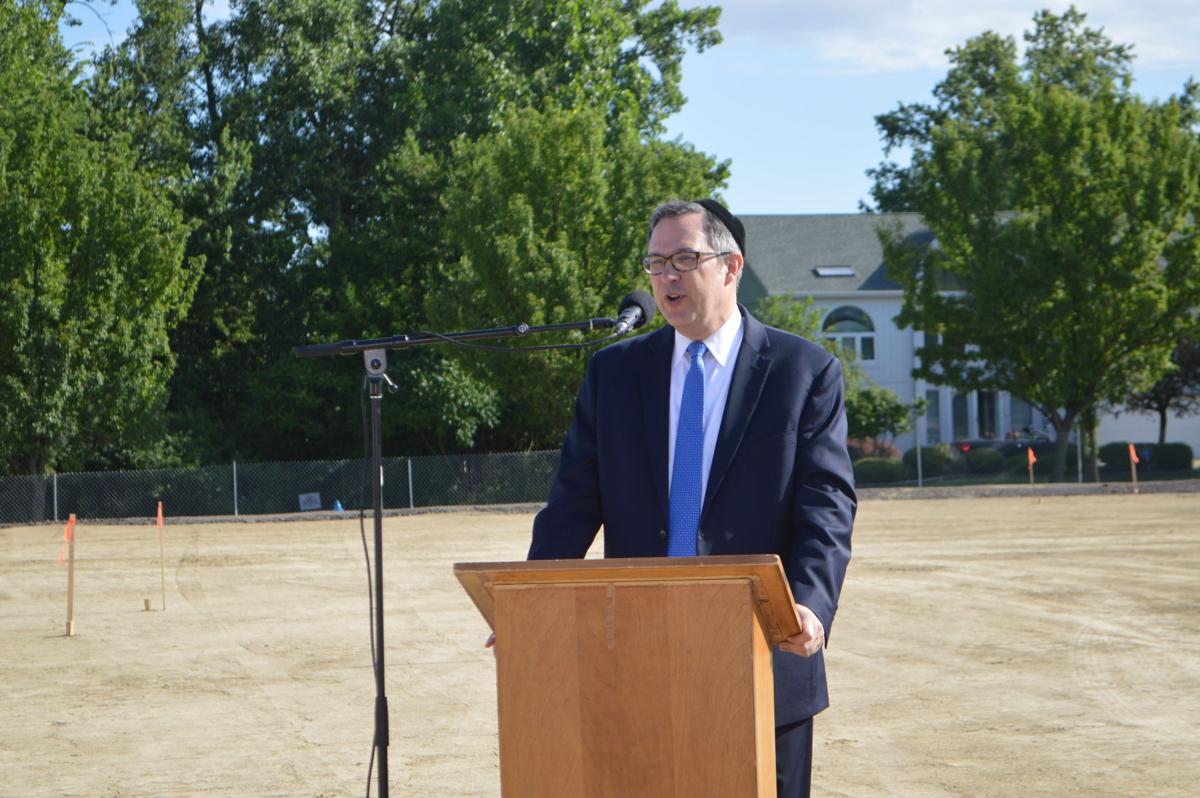 Rabbi Binyamin Blau tells congregants that the synagogue is building a proper home for its legacy. 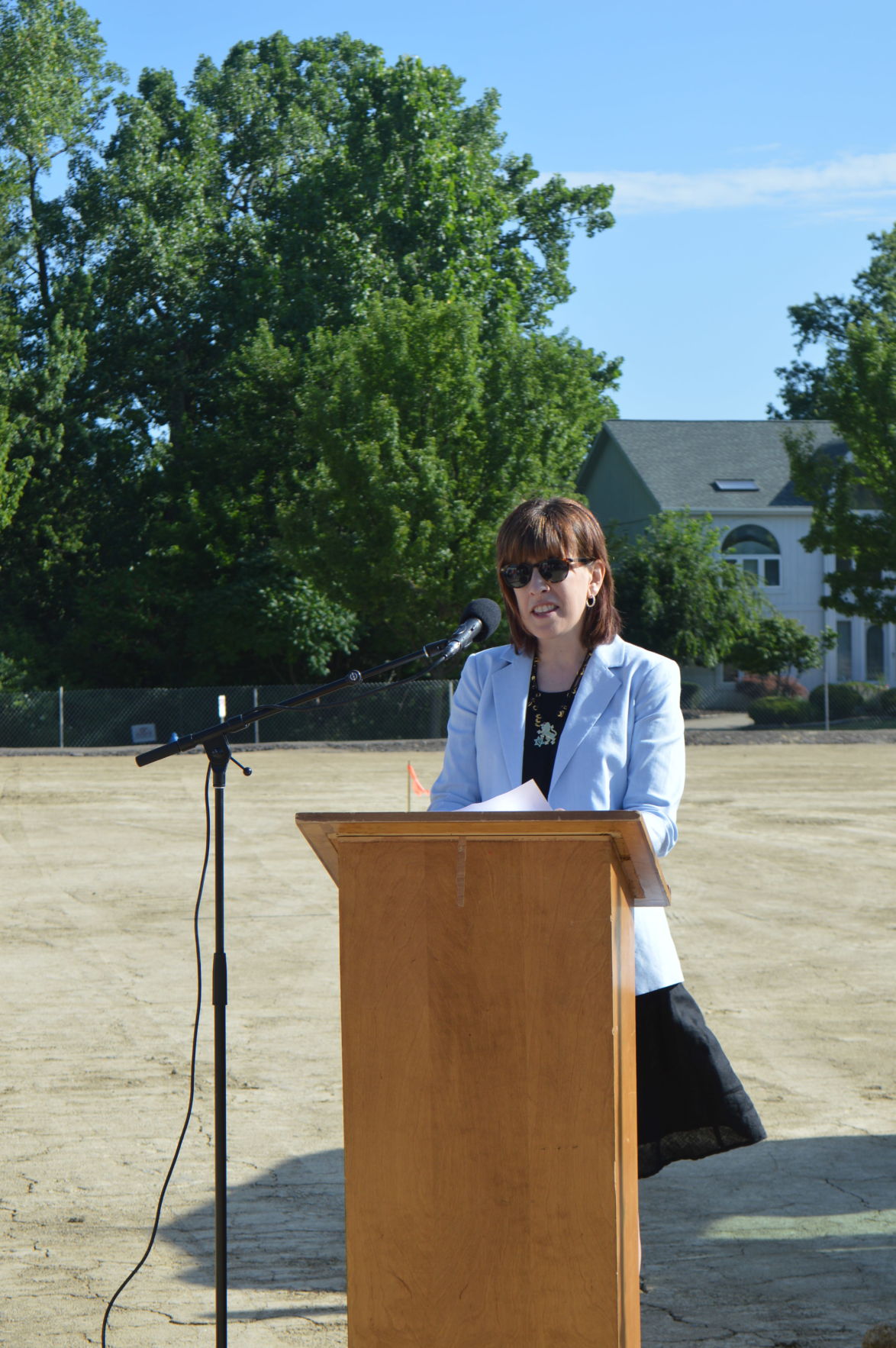 Jewish Federation of Cleveland president Erika B. Rudin-Luria explains the role Green Road Synagogue has held in the community. 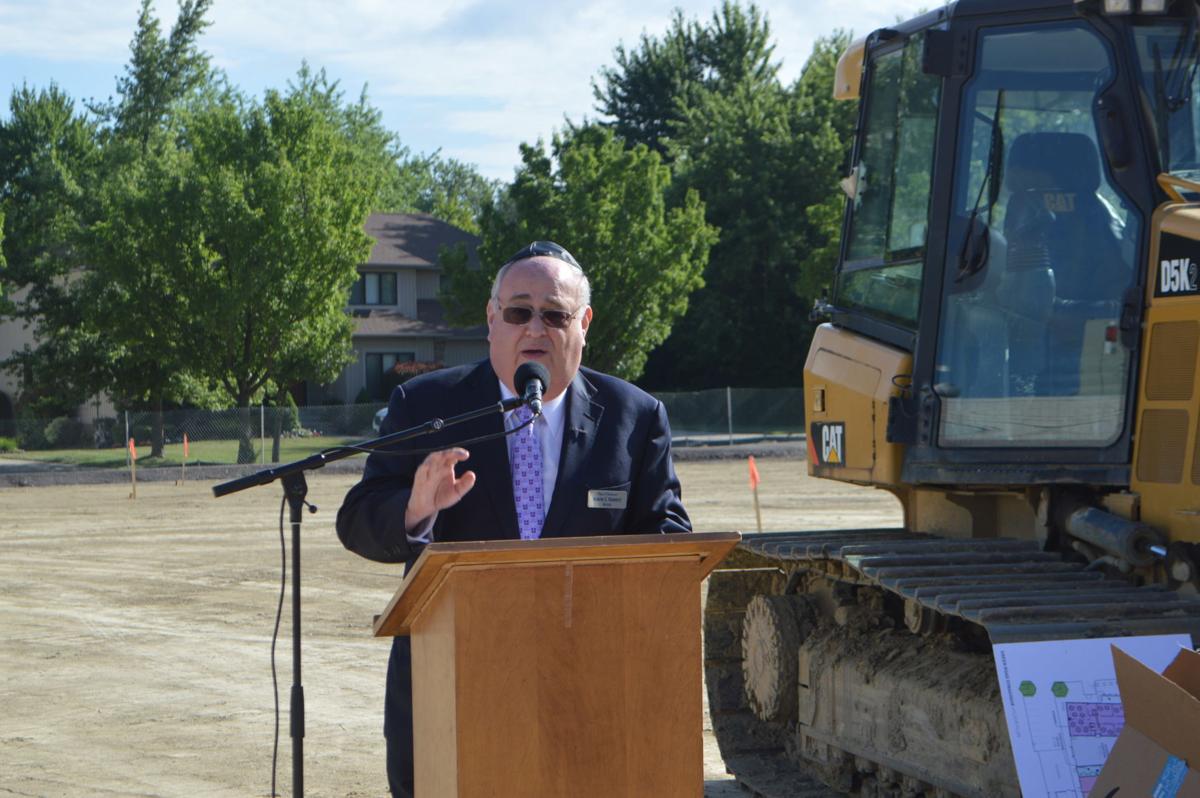 Beachwood Mayor Martin S. Horwitz said he spoke with Robert “Mendy” Klein before his death about securing the area. 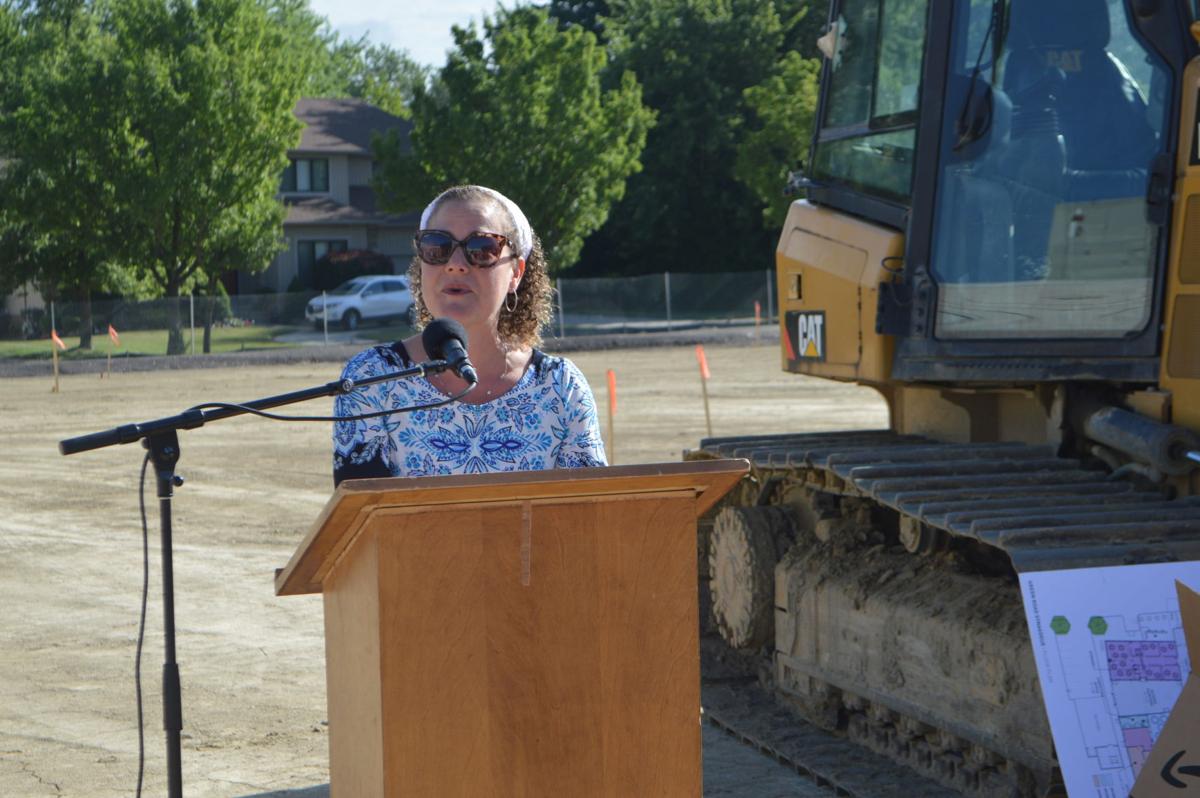 Rabbi Binyamin Blau tells congregants that the synagogue is building a proper home for its legacy.

While the walls, floor and ceiling of the new Green Road Synagogue have yet to be built, the congregation imagined what its future home would look like as it gathered in what will be the youth wing of the new shul during a ceremonial groundbreaking July 14.

Rabbi Binyamin Blau said the congregation will put in countless hours before the new shul is finished. He compared the project to the start of The Book of Samuel, where King David expressed the desire for a proper home to be built for God following the return of the ark to Jerusalem.

“We’re engaging today in a similar noble endeavor,” he said. “We’re building a proper home for the legacy of Green Road Synagogue, for those survivors who came before us and created a thriving Jewish community carrying on a tradition of their parents and their grandparents who came before them. ... We’re building a proper home for the lofty ideal of modern orthodoxy and religious Zionism, the pillars upon which this shul rests, the very foundation of our community.”

Adena Klineman, synagogue president, said the theme for the project has been “honoring our past and building for our future.”

Construction on the new synagogue began at the beginning of June, yet the idea to build a new building came about almost five-and-a-half years prior. With its current building built in 1972, leadership at the synagogue felt a new building was needed to accommodate a growing congregation.

“God willing, when we transition to the new building, this building will have served our congregation for 50 years,” said Steven Soclof, building chair. “It’s really a tribute to all of us, to our entire congregation, to our leadership that we are in the position to make this type of investment into the future of our shul.”

About $11 million has been raised for the $12.5 million project, which is expected to be completed toward the end of 2020. The new building is planned to be a 38,000-square-foot, single-floor building with ADA accessibility. It will be built to be energy efficient and to qualify for LEED certification. The current building is 27,000 square feet over three floors.

Soclof pointed out to guests where the daily beit midrash will be held and the locations of the main entrance, main sanctuary, office wing, kitchen, social hall, Camp Stone office and the open courtyard.

The Green Road Synagogue project marks the first new synagogue to be built in more than a decade:

Jewish Federation of Cleveland President Erika B. Rudin-Luria said Green Road Synagogue plays a vital role in Cleveland’s Jewish community as many of the community’s leaders come from the shul. She said the synagogue’s expansion shows the congregation has grown in ways that extend beyond the number of member families.

“Founded in 1910, and later grown by Holocaust survivors, this synagogue was built as a memorial and as a symbol of survival,” she said. “And now, you are taking the next steps to make sure that beyond surviving, Green Road will be a major player in making sure that our Jewish community thrives for generations to come. The vision behind the creation of this new building that will both honor from where we have come and better meet the needs of this thriving, growing shul into the future is to be applauded.”

Beachwood Mayor Martin S. Horwitz commended the synagogue’s commitment to stay in the area. He said the safety and security of the area is among the city’s priorities, and street lights in the area are being replaced with LED lights. A study is also being done to determine the best location for additional lights.

“Unlike other congregations who have moved farther east, you’ve chosen to stay on this land and continue your future here in Beachwood,” he said. “On this very special morning, I’m reminded of the words we pray, l’dor v’dor, which we commonly interpret to mean from generation to generation. With the building of this new synagogue, past generations are providing the space (for) future generations to study and celebrate the spiritual knowledge, cultural traditions, customs of heritage and collective memory of their congregation.”