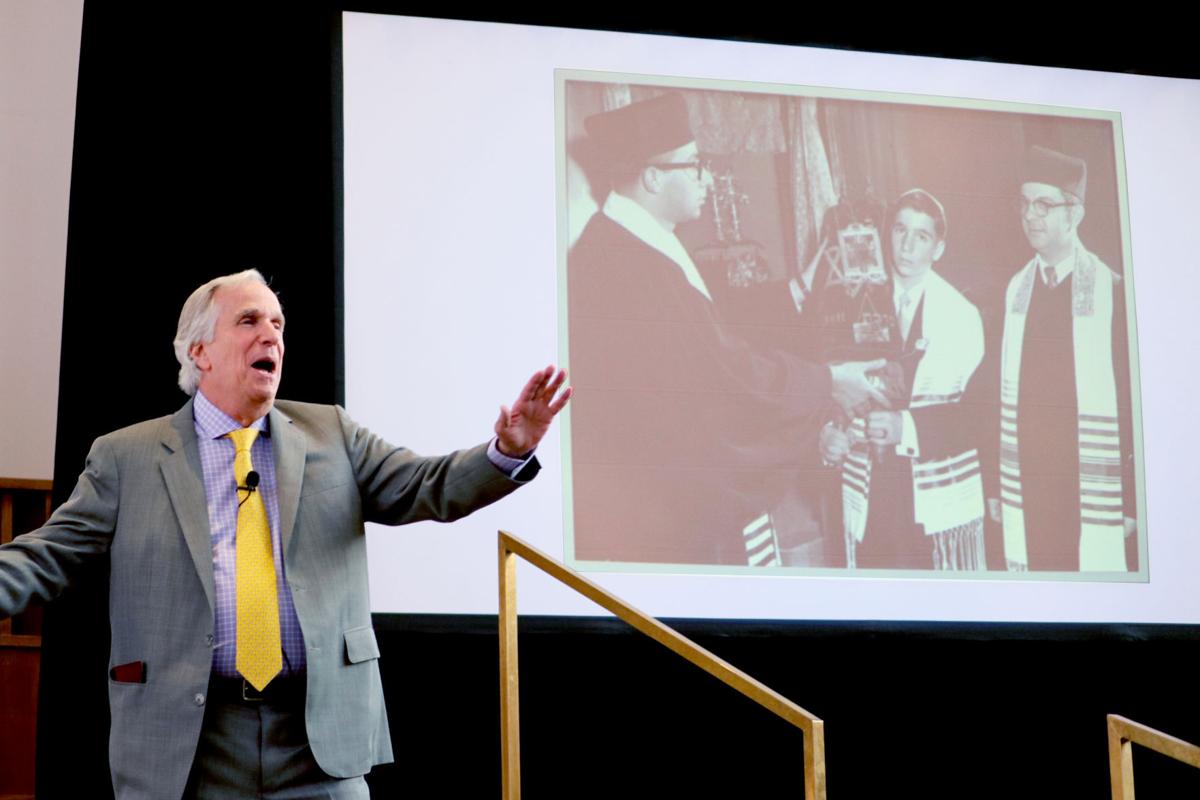 Henry Winkler points to a photograph of his bar mitzvah in New York City. He said he learned his haftorah phonetically. 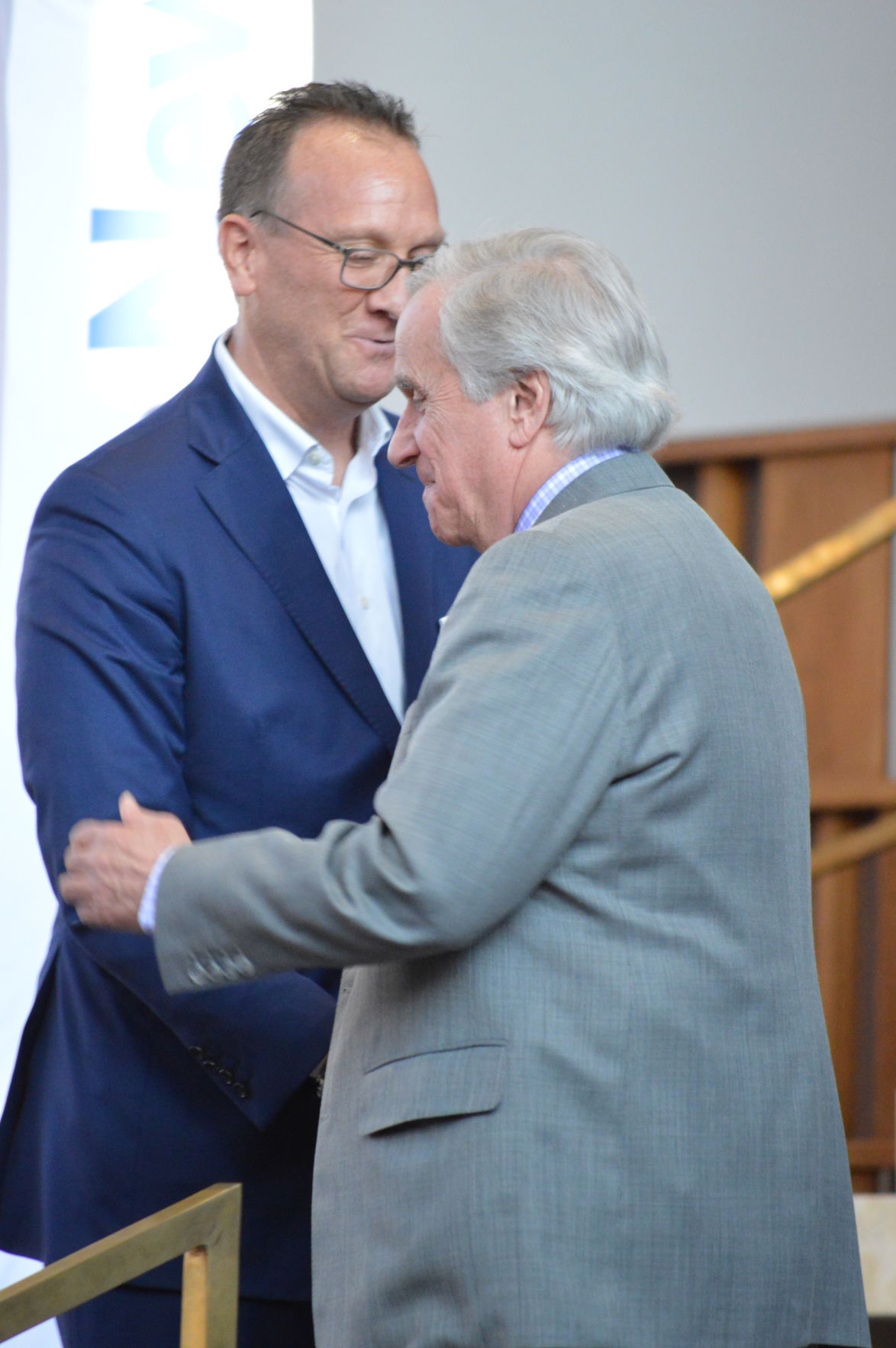 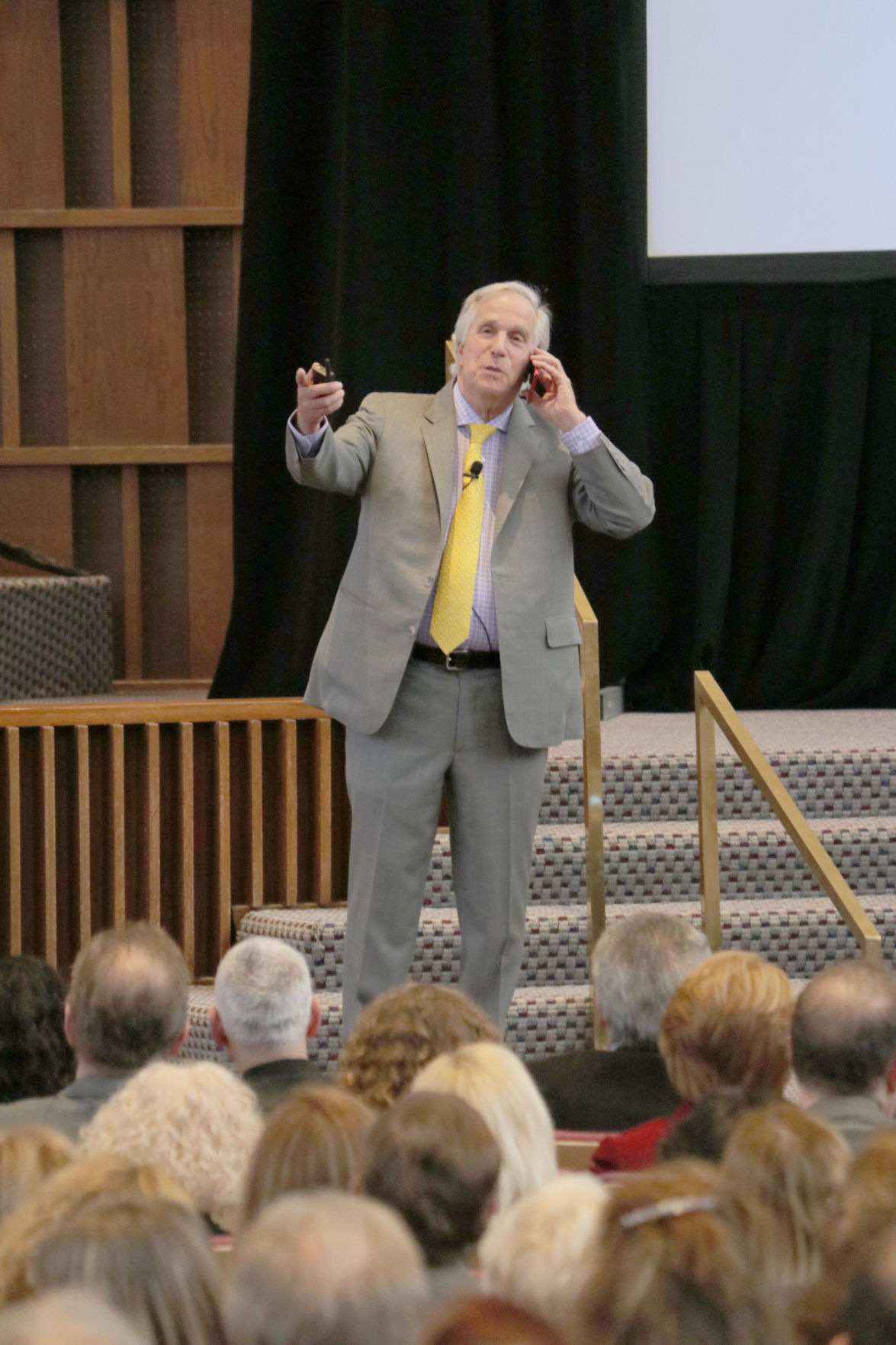 Henry Winkler takes a call from Terry Bradshaw during his presentation. 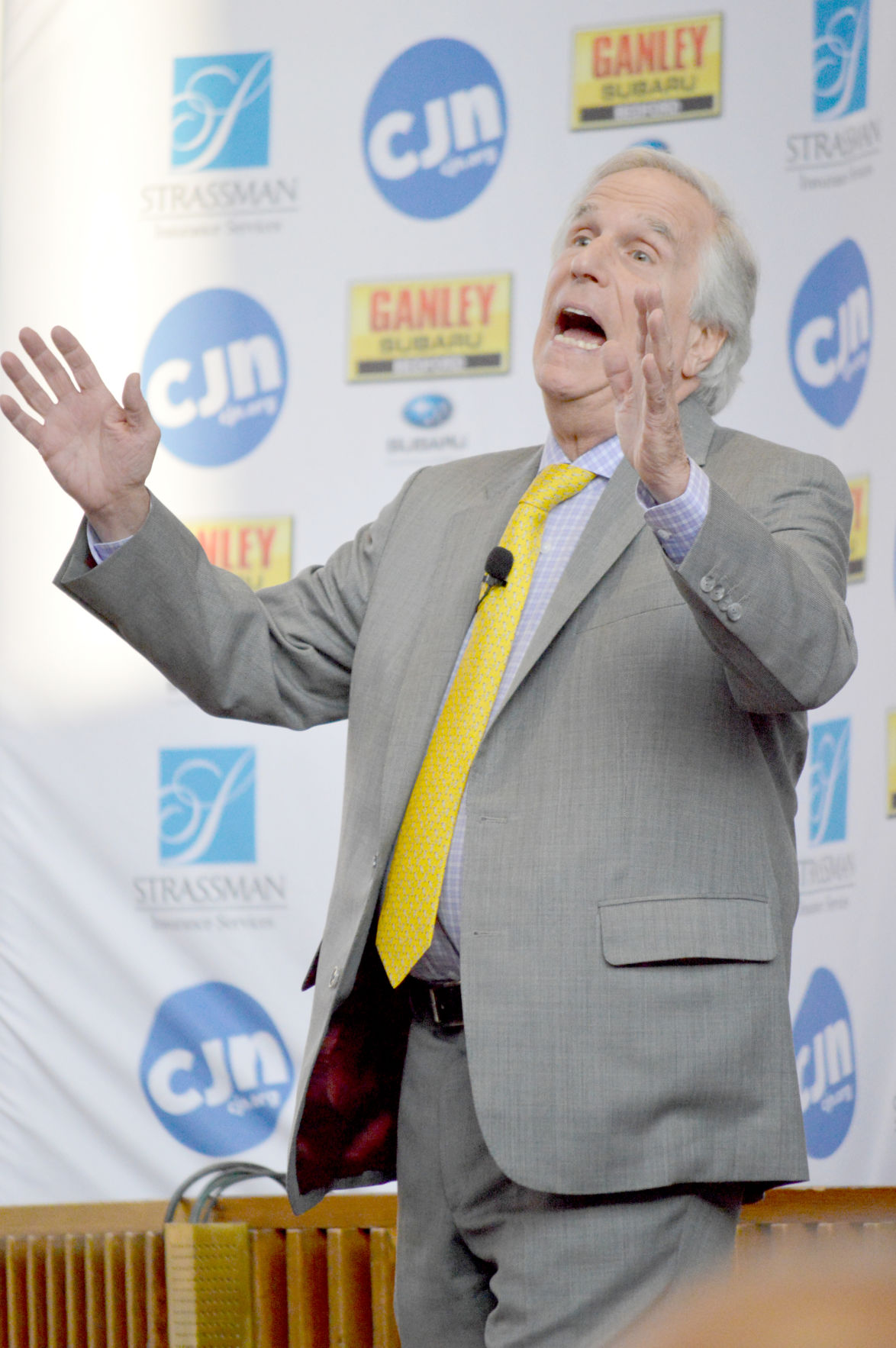 Henry Winkler points to a photograph of his bar mitzvah in New York City. He said he learned his haftorah phonetically.

Henry Winkler takes a call from Terry Bradshaw during his presentation.

Emmy Award winner Henry Winkler held the audience in the palm of his hand with stories of his bitter struggles as a student and his parents’ disdain for him, his early fame and his work as a co-author of a popular series of children’s books April 16 when the Cleveland Jewish News presented “An Evening with Henry Winkler.”

Winkler, 73, also spoke of his father’s escape from Berlin in 1939 and of seeing his uncle’s flat there before a sold-out crowd of nearly 800 people in the sanctuary of Anshe Chesed Fairmount Temple in Beachwood.

“All I wanted to do since I was 7 was be an actor,” Winkler told the audience, adding that his father, a businessman, had other plans. “I wanted to be an actor. He wanted me to export wood.”

Both laughter and applause were frequent during Winkler’s speech. He paced the podium as he spoke, gesticulated broadly and mimicked the people he quoted, complete with accents. He showed slides on big screens of himself as a baby, a child and fly fishing.

“Since 1962 until tonight, my pants have finally touched my shoes,” he said, as he showed a photo of himself as a child dressed in pants that were ankle length.

And when he told the audience it took him four years to pass geometry with a ‘D-,’ he added, “From that day until tonight, not one person, not one, has said the word hypotenuse.” The audience laughed.

“We must teach our children how they learn, not what we think they should learn,” he said. And there was applause. It was only because his stepson, Jed, was tested for the learning disability that Winkler learned that he also has dyslexia. He was 31 at the time.

Winkler spoke candidly about his parents, saying his father called him dumb dog in German as Winkler struggled in school. But when he became famous, they introduced themselves to strangers as his parents.

Saying he was in the bottom 3% of students academically, Winkler said he got his diploma in the mail and was not allowed to march at graduation with his class.

At one point during the talk, he took a cellphone call. It was actor and former Pittsburgh Steelers quarterback Terry Bradshaw. winkler told Bradshaw he was in Cleveland. He then asked the audience to say hello.

Winkler read from the second of his Hank Zipzer book series, which he co-authored with Lin Oliver. The series of children’s books is about a boy who, like Winkler, struggles in school. He said, aside from raising his children, co-authoring that book series is his proudest achievement.

Winkler said that while Hank’s struggles were based on his own, the comedy was “a little exaggerated.”

Winkler took part in a brief video interview in his green room and mixed it up with sponsors at a VIP reception prior to the main event.

“My fondest memory of ‘Happy Days’ is from day one to the last day. It changed my life, introduced the world, it introduced me to the world. It put my children through college,” he told the Cleveland Jewish News. “I have a wonderful theatrical family, the ‘Happy Days’ family. I loved playing that character and being on that show.”

Winkler married Stacey Weitzman in 1978 at Habonim Synagogue in New York City, where Winkler became a bar mitzvah. In addition to Weitzman’s son, Jed, the couple has two children, Zoe and Max, and five grandchildren. They are members of Leo Baeck Temple in Los Angeles.

“I was doing ‘Happy Days’,” when he met Weitzman, he said. “I was making enough money to buy my own sport coat. I went to a boutique in Beverly Hills, and there was this beautiful woman in purple parachute pants.”

When he went to pick up the jacket after it was altered a week later, he asked her out for a soda. Reflecting, he said the secret to a lasting marriage is “will.”

“There are ups. There are downs,” he said. “You want to be married to your partner, to your spouse. You want to maintain the family. You want to share your life with that person.”

An Evening with Henry Winkler photos