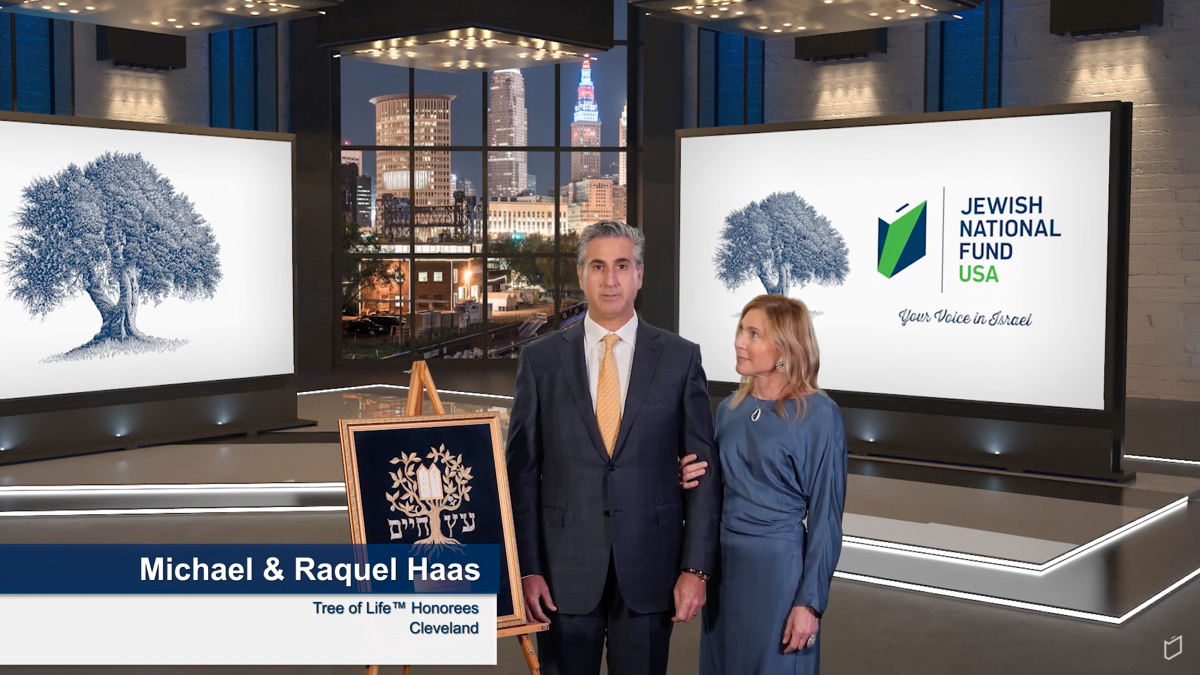 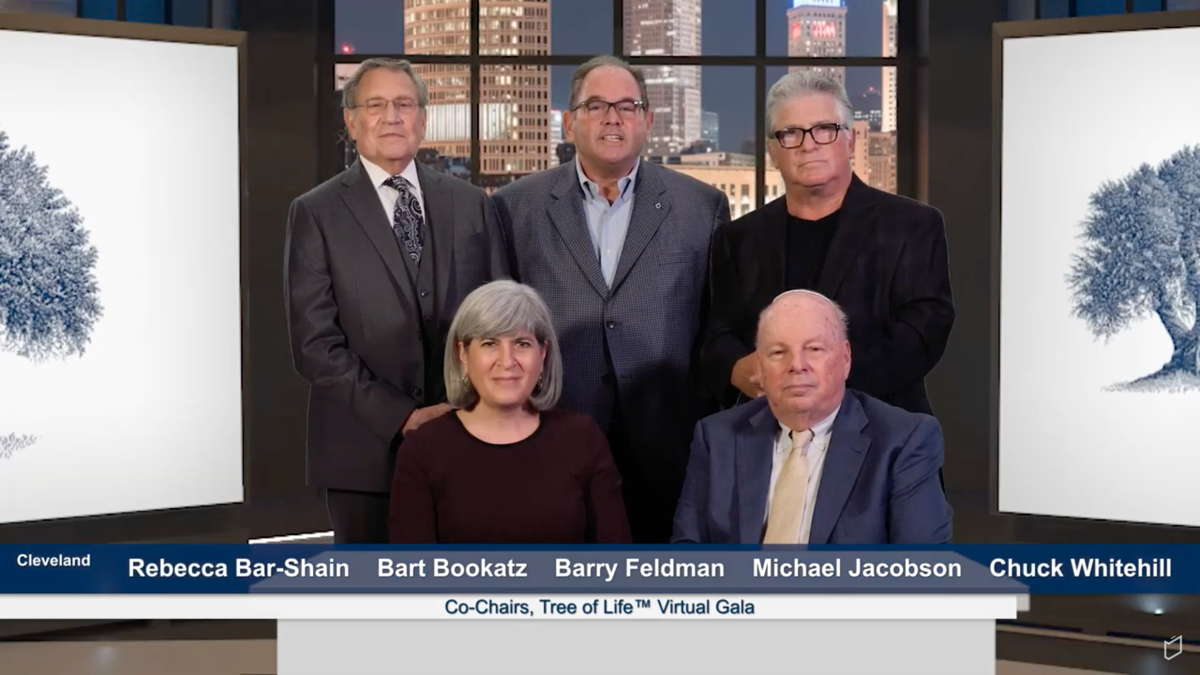 Tree of Life co-chairs Bart Bookatz, Barry Feldman, Chuck Whitehill, Rebecca Bar-Shain and Michael Jacobson speak about the Haases’ achievements and thank them for their contributions.

Tree of Life co-chairs Bart Bookatz, Barry Feldman, Chuck Whitehill, Rebecca Bar-Shain and Michael Jacobson speak about the Haases’ achievements and thank them for their contributions.

Jewish National Fund-USA stressed its solidarity and efforts to protect and improve Israel as it also awarded Cleveland couple Raquel and Michael Haas the Tree of Life Award for their Jewish community service to both local and Israeli efforts during the organization’s Tree of Life Virtual Gala June 8.

The Tree of Life award is given in recognition of outstanding community involvement, professional leadership and dedication to the cause of American-Israeli friendship with the devotion to peace and the security of human life.

The couple is heavily involved with JNF-USA, the Basser Center at Penn Medicine’s Abramson Cancer Center, the Jewish Federation of Cleveland and numerous domestic and international initiatives.

“Their devotion to our community and Israel is boundless,” said JNF-USA Northern Ohio board president Rebecca Bar-Shain, who also served as the president and co-chair of the Tree of Life Virtual Gala Cleveland. “They truly deserve this recognition, and we are proud to recognize them.”

Michael Haas, an international real estate attorney at Latham & Watkins LLP and global co-chair of the firm’s real estate practice, serves on the Basser Center Advisory Board for the Basser Center for BRCA as well as one of the Federation’s cabinets. He also served on the board of B’nai Jeshurun Congregation in Pepper Pike and was a member of the UJA National Young Leadership Cabinet and of Leadership Cleveland. Additionally, he was the first student of Agnon School, now known as the Joseph and Florence Mandel Jewish Day School in Beachwood, to become the president of the board.

Raquel Haas co-chairs the parent leadership council for the Basser Center. She is also a member of the Lion of Judah Society at the Federation, where she worked for more than seven years and helped to create a corporate sponsorship program. She also volunteers at a juvenile detention center for 15 to 17 year old boys.

“We are fervently committed to the tenets of faith that JNF embodies and are humbled to be listed in the company of such prior honorees and luminaries,” Michael Haas said. “JNF-USA acts as an intermediary between Israel and Jews around the world that has allowed two people from Cleveland to feel like we’ve made a small impact on Israel and the Jewish world.”

The couple shared that when they first met, they discovered a mutual love and deep connection for Israel. They spoke about how they’ve passed on their love for Israel and helping the world to their children, Kyle and Alexandra.

Raquel and Michael Haas’ contributions to JNF have helped numerous missions, like efforts to fight the Israeli water crisis, COVID-19 relief for Israelis and helping African and Asian farmers travel to Israel to learn sustainable, cutting-edge farming practices they can implement in their home countries, Michael explained.

Past Tree of Life honorees Irwin and Ida Haber, who were tasked with introducing the award-winning couple, said that “if you want something done, you go to the Haases.”

The event’s other co-chairs, Bart Bookatz, Barry Feldman, Michael Jacobson and Chuck Whitehill, applauded and thanked the Haases for their community service and impact they’ve made on their community near and far.

Russell Robinson, JNF-USA CEO, also expressed his gratitude to the Haases and the Jewish Cleveland population for their contributions to improving the world.

“(Cleveland is) one of those communities that you know has a worldwide renowned and great Jewish community,” Robinson said. “Having Raquel and Michael as our honorees tonight only adds to it for today and for tomorrow.”

Publisher’s note: Barry Feldman and Chuck Whitehill are members of the Cleveland Jewish News Foundation Board of Directors.