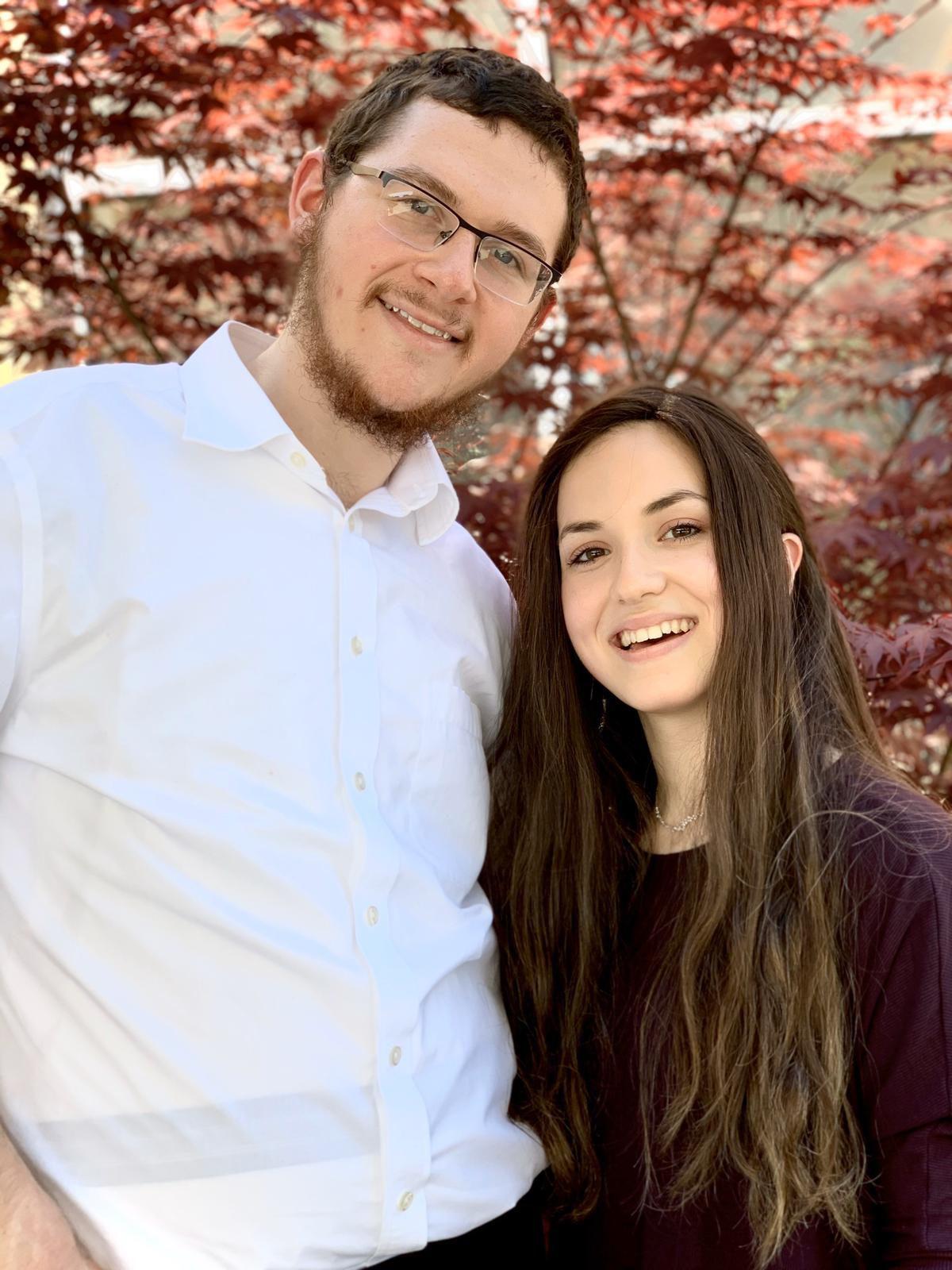 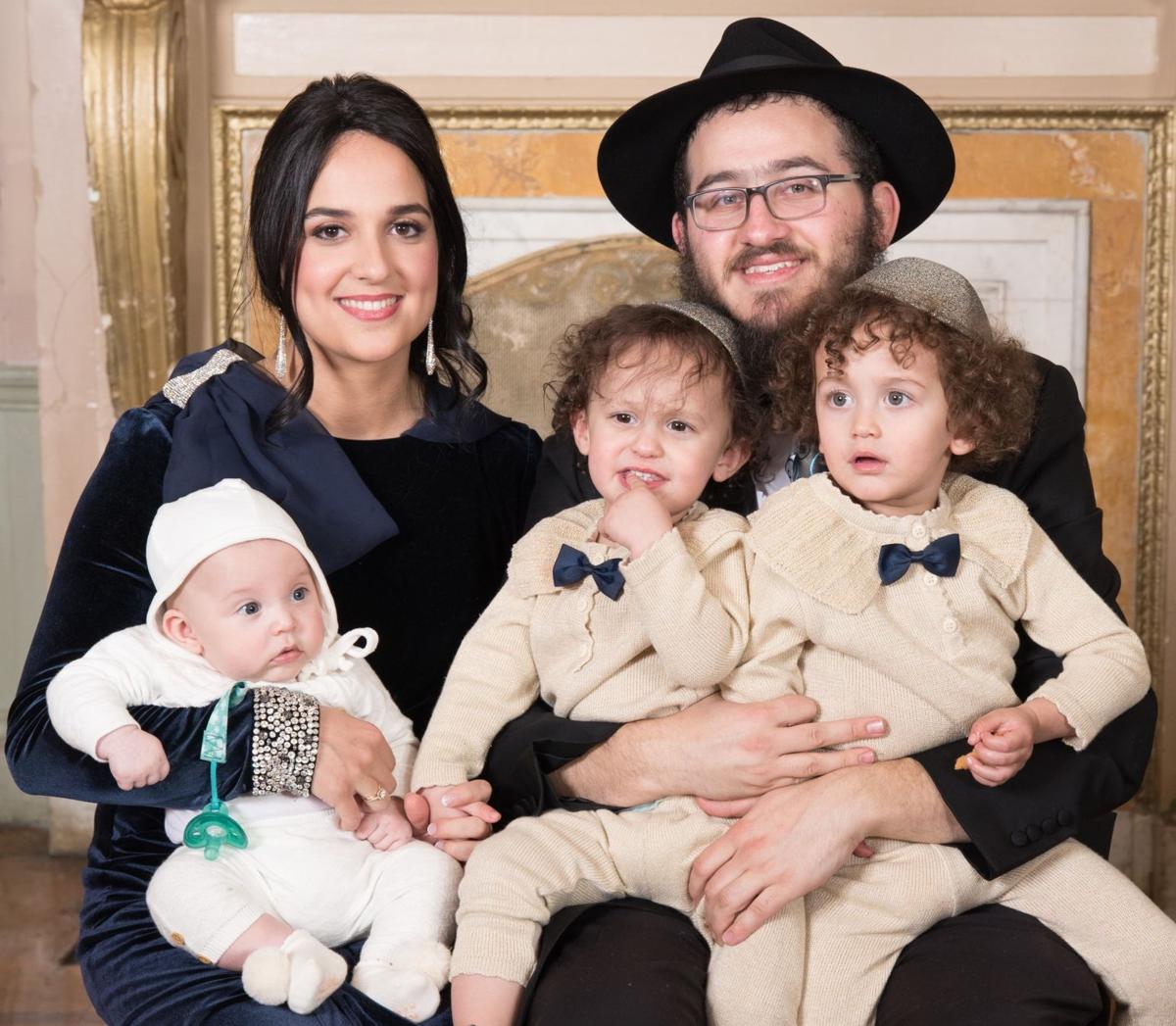 Mussie and Rabbi Moshe Sasonkin with their three children.

Mussie and Rabbi Moshe Sasonkin with their three children.

It was a whirlwind of emotions for Rabbi Moshe Sasonkin when he was appointed to take his late father’s place as director of Chabad of Akron and rabbi at Anshe Sfard Revere Road Synagogue in Bath Township in October 2018.

What made the appointment so difficult for Sasonkin, on top of the loss of his father, was that he and his wife, Mussie, had just founded their own Chabad center at Kent State University in Kent in 2017.

Together, the couple served as co-directors at Chabad at Kent State, and planned on establishing roots for their center and their family in the campus community.

“It was kind of inevitable I took over my father’s place because I was the sibling that was there, and we’d been helping him out already with the Chabad program,” Moshe Sasonkin said. “If you’re familiar with Chabads around the world, you don’t move to a position to leave ever; you’re there for life. It was a situation we didn’t want to be in, but there was no choice in the matter. There was a community in Akron that had been taken care of for so many years (that was now in need).”

For the remainder of the school year, the Sasonkins continued to travel back and forth between Akron and Kent, spending half a week in each city so they could perform each job. People aware of their situation covered for the couple if they were unable to make it to a location.

“It was challenging of course, but we didn’t want to leave our students either,” Moshe Sasonkin said. “But eventually, we realized we had to do something.”

While considering who would be the perfect couple to run the Kent State Chabad, Moshe Sasonkin came up with a solution. He’d ask his younger brother, Rabbi Berel Sasonkin, who’d also grown up under multiple generations of Chabad rabbis, carried the same passion for the lifestyle and had been to Kent State Chabad before.

“My dad would have really appreciated seeing him there, as well continuing in our work that we’d started,” Moshe Sasonkin said.

The first time Moshe Sasonkin asked, Berel said he’d get back to him with an answer once he got married and discussed it with his new wife. And soon after Berel Sasonkin got married — to Mussie Sasonkin’s sister, Rochel — in February 2019, he was asked again.

Just like Mussie, Rochel grew up under Chabad shluchim, or emissaries, on college campuses.

Berel informed his older brother he and Rochel would love to be the new co-directors of Chabad at Kent State.

“It was a great and exciting offer, especially because I know my father wanted the position to be taken over by someone he knew and felt has been there before,” Berel said. “My wife and I really have a passion for helping out in this situation. I’ve been wanting to do (a job like this), but haven’t known where. This is a perfect opportunity.”

Leading Chabad at Kent State is Berel Sasonkin’s first time officially leading a Chabad, aside from leading as a student-in-training.

He and Rochel began the position in May, having moved into the center and started planning for the school year. They’ve also met with a few students still in the area.

Their goal for Chabad at Kent State is to create a home for the university’s Jewish students – one where they feel excited and comfortable with their Jewish heritage.

“In the coming future, I see a beautiful, flourishing student Jewish base that really will have an excitement and good feeling,” Berel said. “A lot of times, you have students that just don’t feel at home or they don’t feel that they have someone to talk to. That’s what we’re there for; that’s what we see and look forward to all the time, just to be able to be there for the students as a helping hand, an exciting hand, a home.”

Hand it to Tribe, it’s season of uncertainty